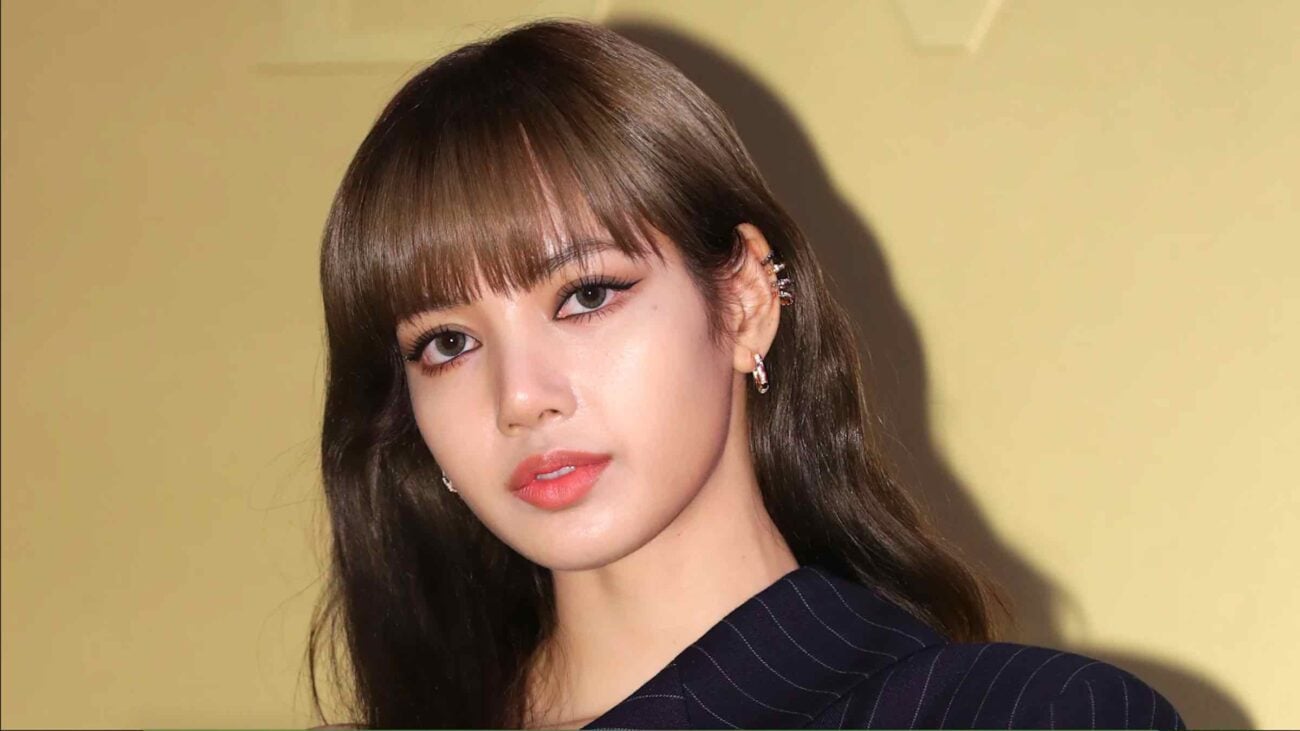 It’s fairly common for world-famous musicians to end up in a relationship together, and fan reactions can often be polarizing. We live in an age where those in the music industry reach a level of fame that can be so large that they can only relate to those who are in a similar position. At the moment, we live in a sort of golden age of musician couples.

From A$AP Rocky & Rihanna to Gwen Stefani & Blake Shelton, there’s no shortage of recording artists who are relationship goals. However, people are now trying to ship BLACKPINK’s Lisa with a certain member of the recently-on-hiatus BTS. K-pop fans were quick to react this way when Lisa was pictured with BTS’ V at Paris Fashion Week.

The twenty-five-year-old Thai-born member of BLACKPINK was also photographed with actor Park Bo Gum by Harper’s BAZAAR Japan on June 26th, 2022. The trio was in attendance at an event for celebrities as part of the CELINE Men’s Spring 2023 Fashion Show. Is it really possible that Lisa is dating V? Keep reading to find out what we know. 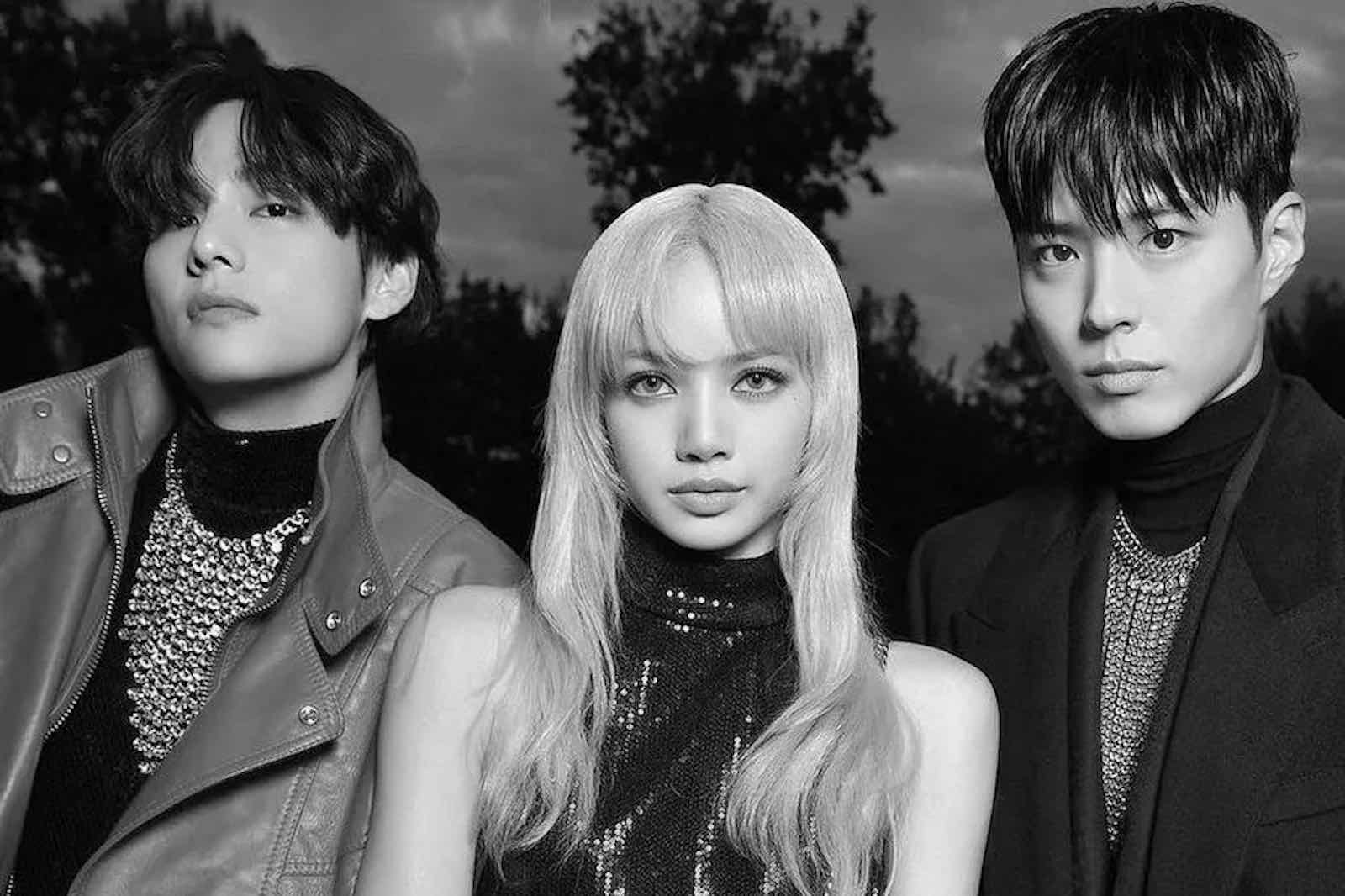 Elle Thailand was also there to take pictures of the trio, who all dazzled in their best couture outfits. Fans were quick to react with fervor to the appearance of these Korean idols during one of the year’s most important moments in fashion.

On Soompi, one user commented, “This feels so unreal i can’t physically get myself to believe I’m actually seeing these 3 in one unedited frame wow what a day to be alive.” Another said, “They all must be good friends now.” They continued, “knowing that V and Lisa are two lovely persons and social butterflies.” 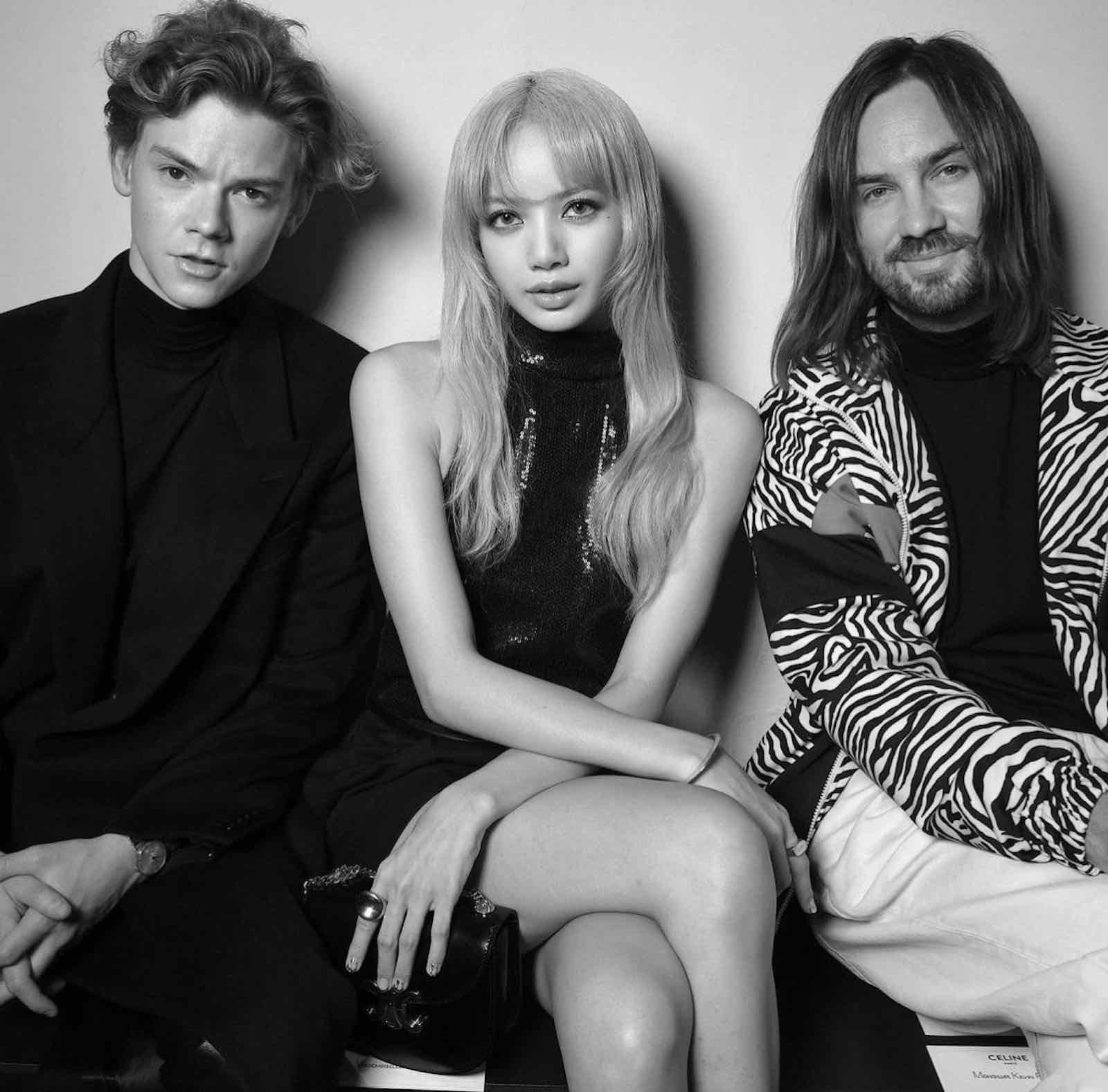 According to WWD, when Lisa & Kim Taehyung (aka V) showed up at CELINE’s show for their front row seats, a crowd of thousands on the Avenue de New York began to scream in reaction. The chaos was so great that LVMH chairman & CEO Bernard Arnault went out from the Palais de Tokyo to take a video of the commotion. 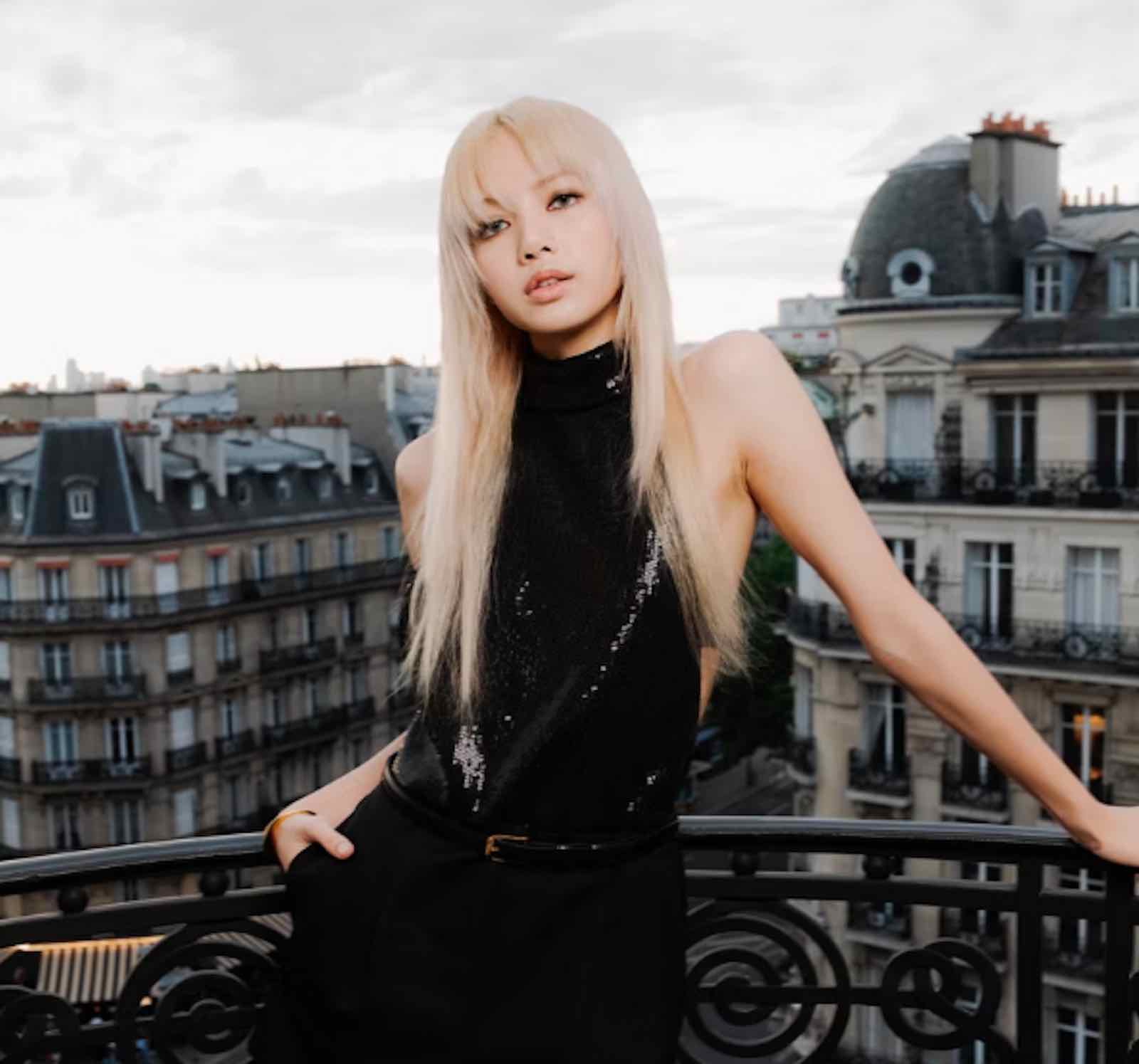 The throngs of adoring fans saw Lisa in an all-black ensemble of halter top, shorts, and leather boots. The outfit was from Slimane’s fall 2022 CELINE lineup “Dans Paris,” which was first showcased in May of this year. The BLACKPINK star actually walked in that show, though she decided to wear something different than what she rocked on the runway.

For the Spring 2023 show, Lisa wore a black leather belt with a gold buckle that matched her CELINE bag. The idol’s blonde hair was styled with trendy curtain bangs, which W Magazine said, “was pure Brigitte Bardot, the tendrils falling around her face seemingly a nod to the 1960s French actress.”

Actor Eddie Redmayne was also present at the event, which featured looks of many tassels & black leather. The looks were designed by Hedi Slimane, who’s been working as a designer for the past quarter-century. 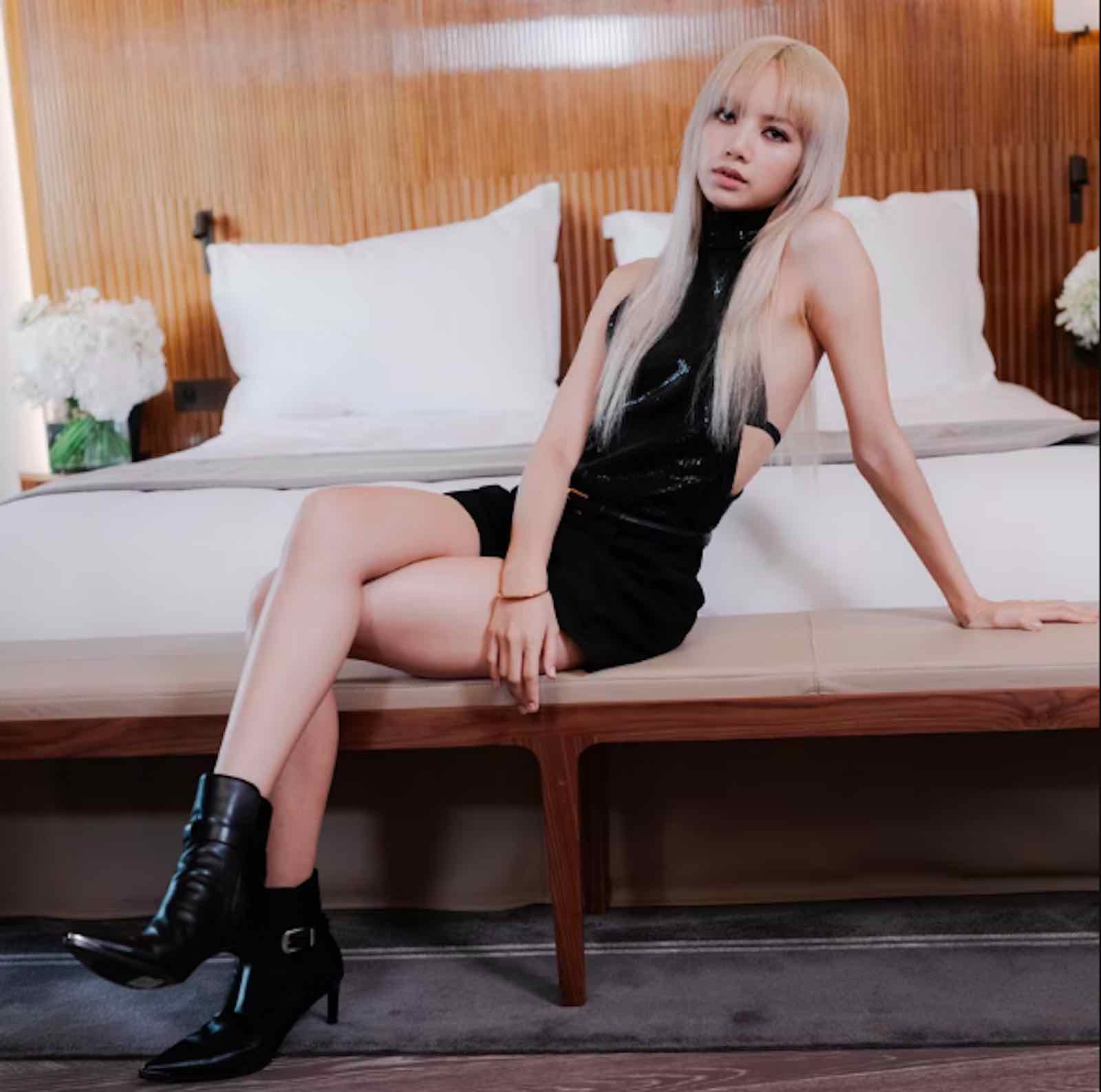 Slimane was appointed creative director of menswear at Rive Gauche Homme at Yves Saint Laurent in 1997. His style is notably androgynous, influenced by his years of street photography, as well as the time he spent in Berlin & London in the early 2000s while working for Dior.

While it’s unclear whether BLACKPINK’s Lisa & BTS’ V are actually seeing each other, K-pop fans were quick to react to their appearance together at Paris Fashion Week. Do you think Lisa is dating anyone? Let us know in the comments!