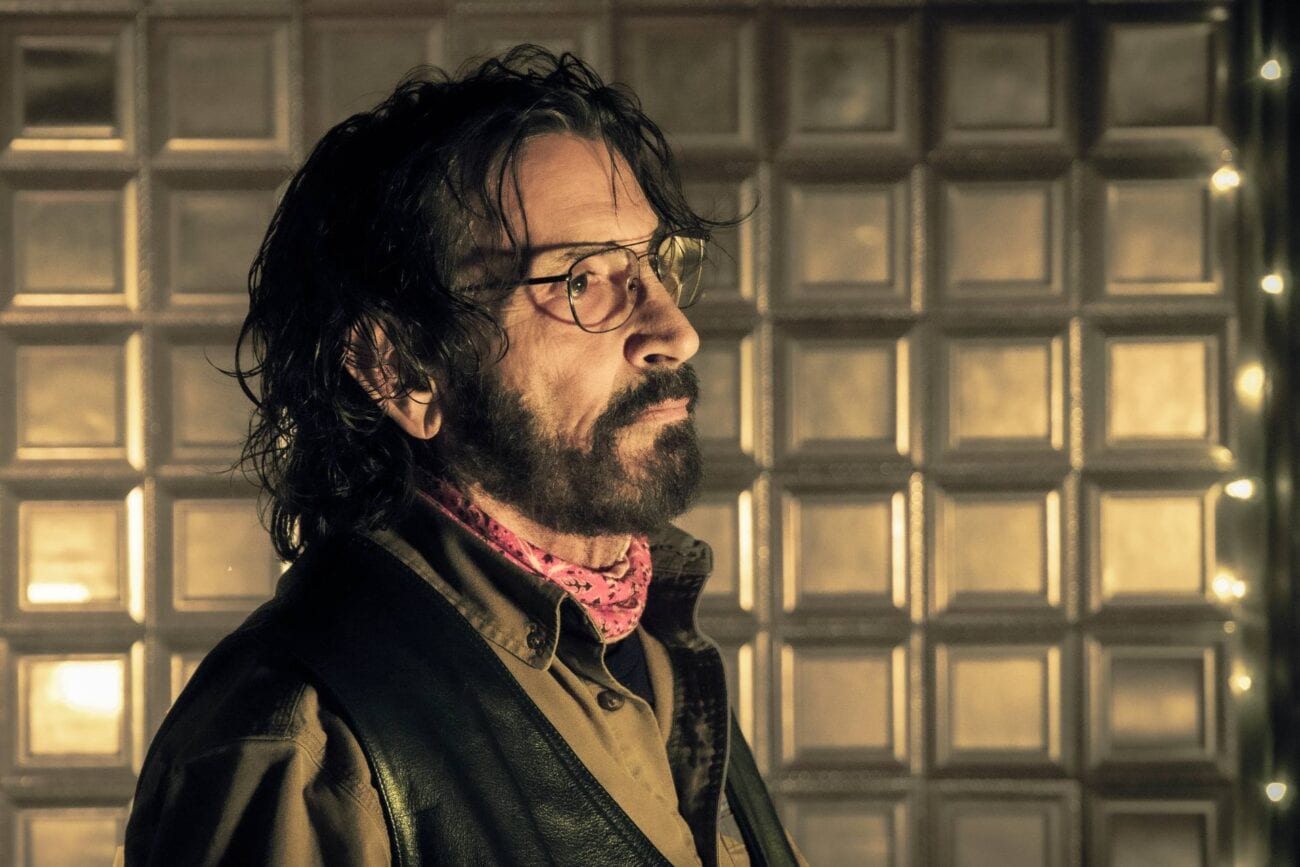 Outside cuts: Get to know singer/songwriter H. Jack Williams

Jack Williams is a musical legend. The Florida native started writing songs in 1971, and went on to work alongside some of the biggest rock and country acts of the period, including the Who, Uriah Heep, and Richie Havens. Williams’s talents as a songwriter allowed him to transcend genres, and he found tremendous success penning songs for the likes of Gregg Allman, the Oak Ridge Boys, and his own band, Streets of Ice.

After five decades of music and adventure, Williams decided to pursue a solo career. He released the EP Already Dead in 2020, and has contributed songs to the soundtrack of the hit show Yellowstone. More recently, Williams released a cover of the pop standard “What a Wonderful World”. The cover was meant to reassure fans who are dealing with the COVID pandemic.

Film Daily had the honor to chat with H. Jack Williams about his staggering career, his decision to go solo, and his desire to bring people together. Here’s what he had to say: 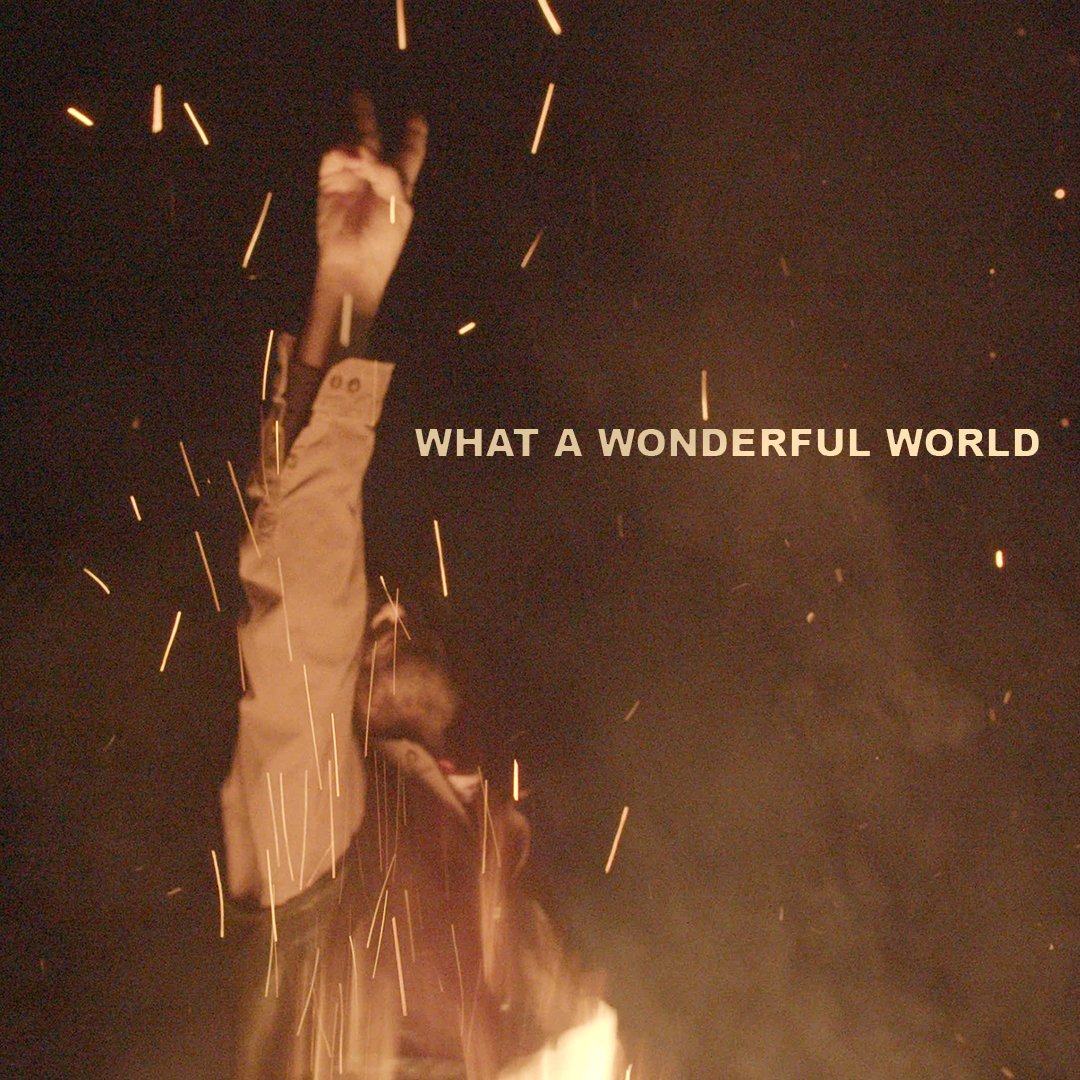 Tell us about your history in music. How did you start your journey?

I started out at an early age writing songs while I was a roadie for a couple of rock bands, one in LA called “Captain Beyond”, one in Portland, Oregon called “High Voltage” and then one in Ohio called “Law”.

You started writing songs after you were discharged from the US Marines Force Recon in 1971. Did you consider pursuing a musical career prior to your stint in the Marines?

I had always played in bands from an early age, and deep down I knew I wanted a career in music, but I did not start writing songs until after I was out of the service.

You ended up working with such legendary acts as Richie Havens, The Who, and Uriah Heep. How did your songwriting change and evolve as a result of being around these musical peers?

I think having teachers like Pete Townshend & Ken Hensley gave me an early education that helped build a foundation that is still there today.

What do you consider to be the best performance of one of your songs by another artist?

Probably at the top of my list would be Kevin Costner’s rendition of “Won’t Stop Loving You” followed by Gregg Allman’s cut of “Just before the Bullets Fly”.

Your songwriting talents have taken you all over the world. Do you feel that change of scenery and sound helps to keep your artistic muse fresh?

In my early years it did. Now I think what keeps me fresh is digging in at the ideas that are deep in my heart and soul. 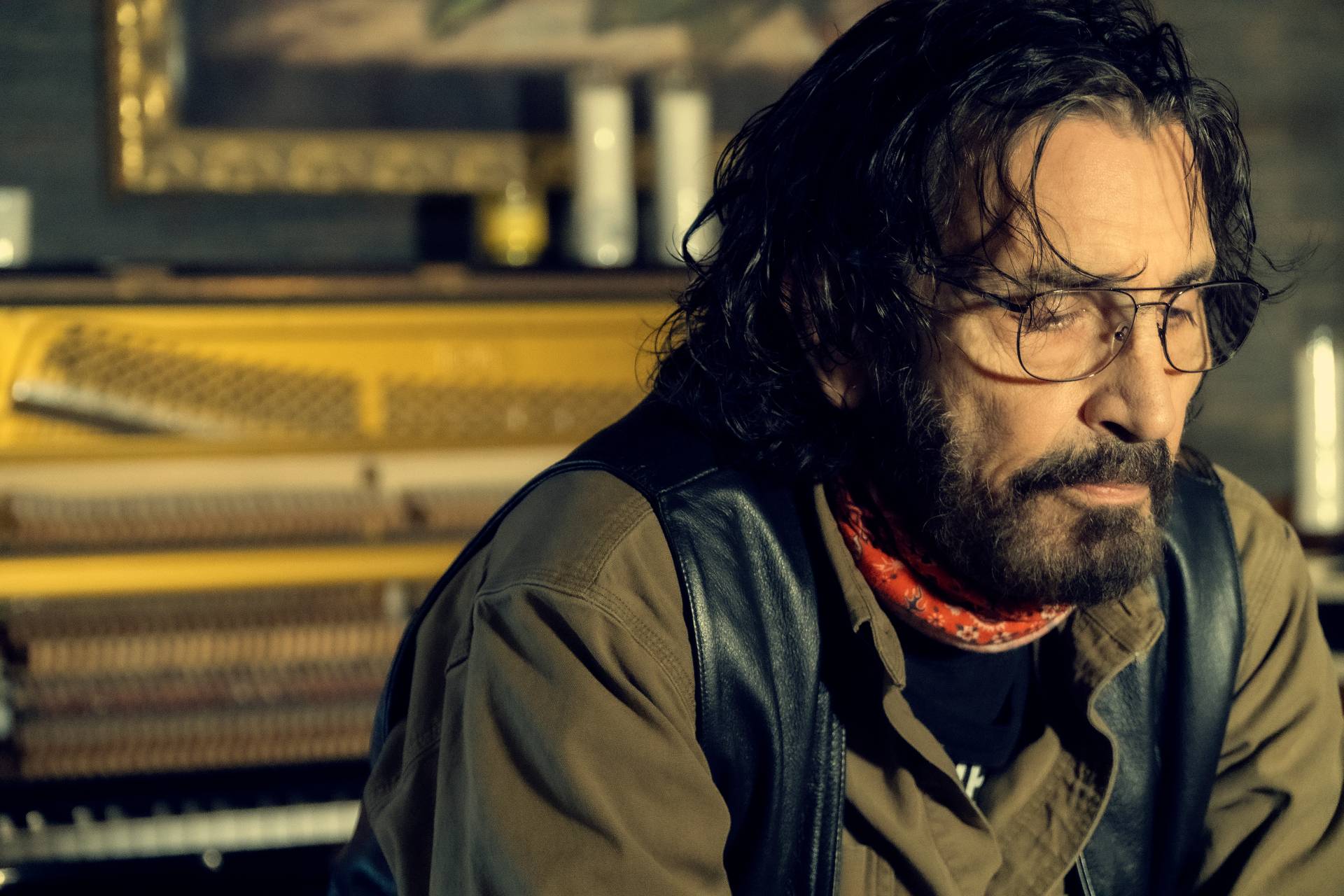 What is the most useful piece of advice another musician has given you?

When I first met Peter Gabriel from Genesis in the early 70’s and showed him a piece of my work, he told me that the most important words of advice he could give me were that I was going to need a great deal of perseverance, and persistence to make it through the long road in the music business.

You released your debut EP Already Dead in 2020. What ultimately led you to begin singing your own tunes?

A couple of close friends, one who owns a very successful indie label, and the other a very successful Welsh film composer, suggested it. I also remembered what my first mentor Richie Havens said about singing my own songs. I had never sung my own songs except at songwriter nights and then a few folks suggested that was where I was going to find my place on my musical road, so I started singing and it worked!

Did you previously write songs with other artists in mind? If so, how has that process changed now that you perform the songs yourself?

Yes for many, many years all I did was write with other artists in mind and some of my songs were cut and that was great, really great in fact, but now it’s hard for me to imagine anyone singing my songs after they hear me singing them. However, Kevin Costner is planning to record one of the songs that is going on my new album that I wrote with him and my producer, Adam Box, a song called, “One More Day”.

You recently released a cover of the classic song “What a Wonderful World”. Can you tell us what the inspiration behind covering the song was?

It started out with my admin publisher suggesting that I do a version of it my way so they could have it as something new to pitch for TV and film sync. I asked Adam to help me and he came up with this awesome guitar vibe to sing to and we recorded it that way.

“What a Wonderful World” is the first cover you have put out, since you are a writer by trade. Were you initially hesitant to sing someone else’s words?

Oh yes very much so, I have never sung a cover in my life. All the bands I was in when I was young were based on original music.

You worked on the cover with producer Adam Box. What did you and Box do to make your version stand out from Louis Armstrong’s or countless others?

Adam just took it to another level with a droning guitar and Jim “Moose” Brown added in some intricate piano parts that made it, so it did not even sound like “Wonderful World’ until I started singing it.

How important do you think positive messages are in the midst of the pandemic?

I think that our job as songwriters and creators is to send out positive messages more than ever.

You have had success in multiple genres, including rock, country, and blues. Is there a genre of music you enjoy working in the most?

Well, I love true country, but I am not a country singer and I love true blues and again I am not a blues singer. I guess what I am doing now, which is kind of indie-rock with a folk flare to it, is my favorite.

You have contributed to the soundtracks for the movie Miracles from Heaven and TV show Yellowstone. Does writing for soundtracks differ from standard album writing?

Now that you have ventured out as a solo artist, do you still plan to write songs for other acts?

I will always hope to get an outside cut. That dream will never stop. 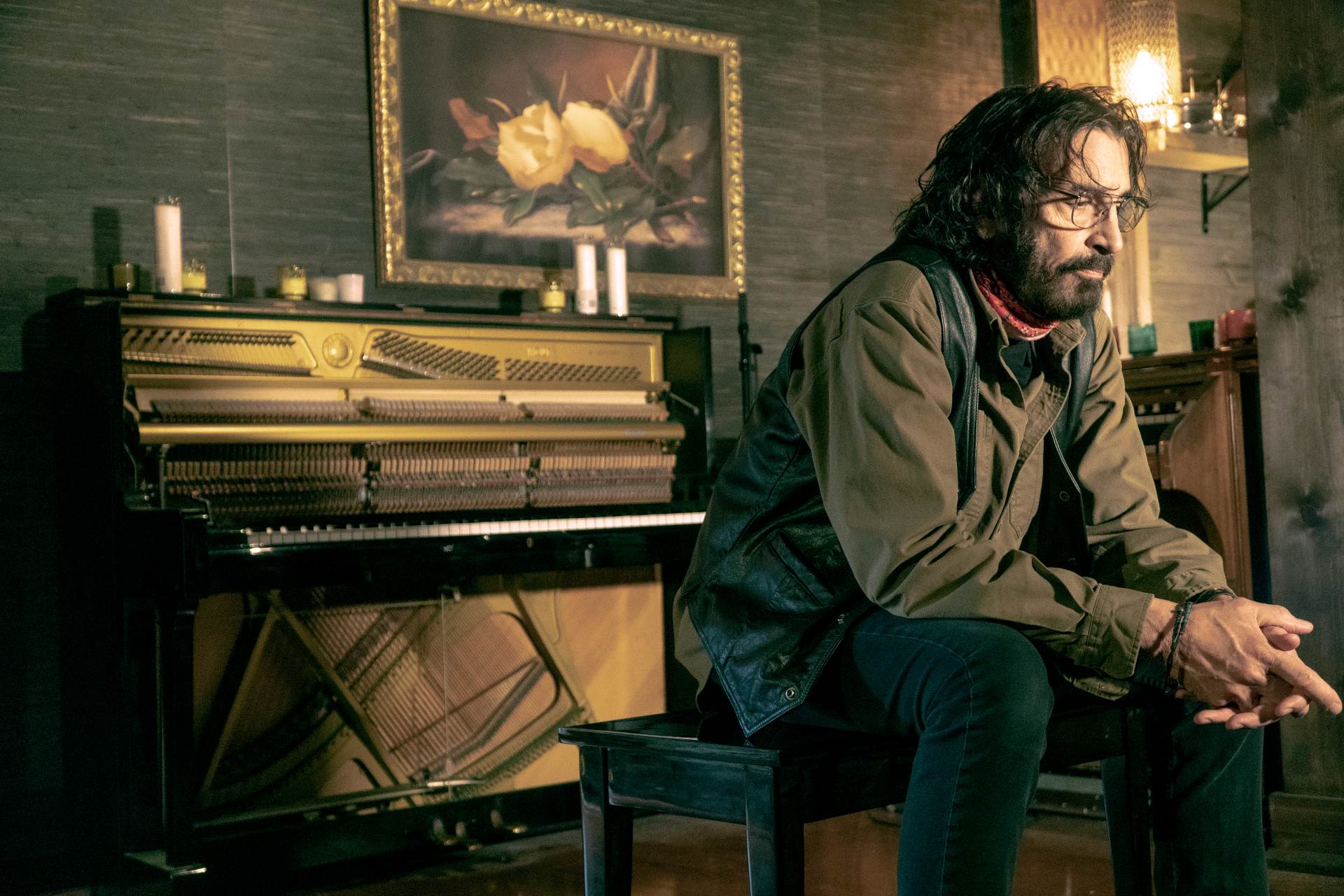 Are there any artists you would like to work with that you have not yet?

We are in the middle of a new album with some of the best songs I have ever written on it and some of the best players in the world are going to help me out with it. Good friends like Duane Betts, Drew Smithers, Tim Quick, Heidi Newfield and quite a few more.

Watching my son turn out to be the greatest, smartest, nicest kid I know. I have a daughter I am proud of too – but cannot claim as much credit for her turning out so well.

Too many failures to count, but most of them were from believing in friendships that were never friendships at all. I have tried to learn not to do it again, but my heart will not stop falling for every nice person who comes along in my life.

What advice do you have for aspiring musicians?

Do not stop believing in yourself, your dreams, your talent and just keep putting one dream after the other and when someone tells you that something that you want is out of your reach then work harder and prove them wrong. 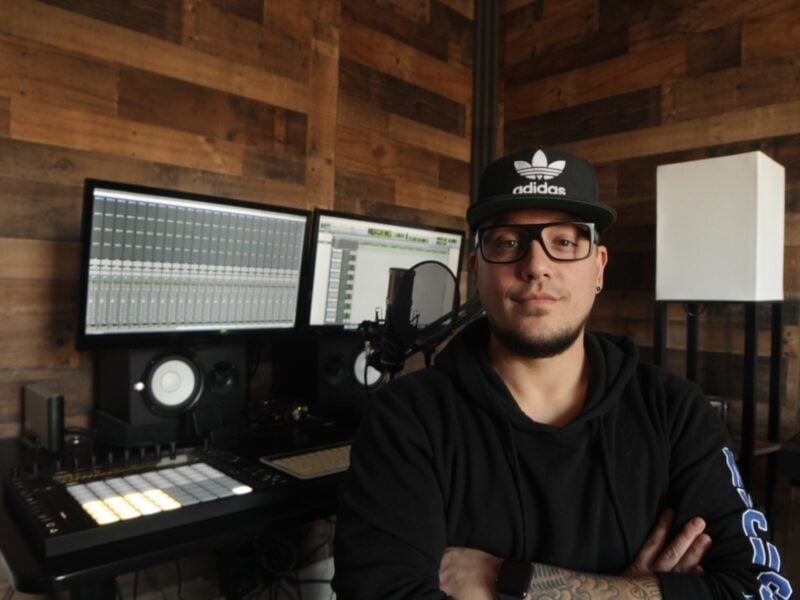 Something special: Get to know songwriter & producer Jeremy Ryan