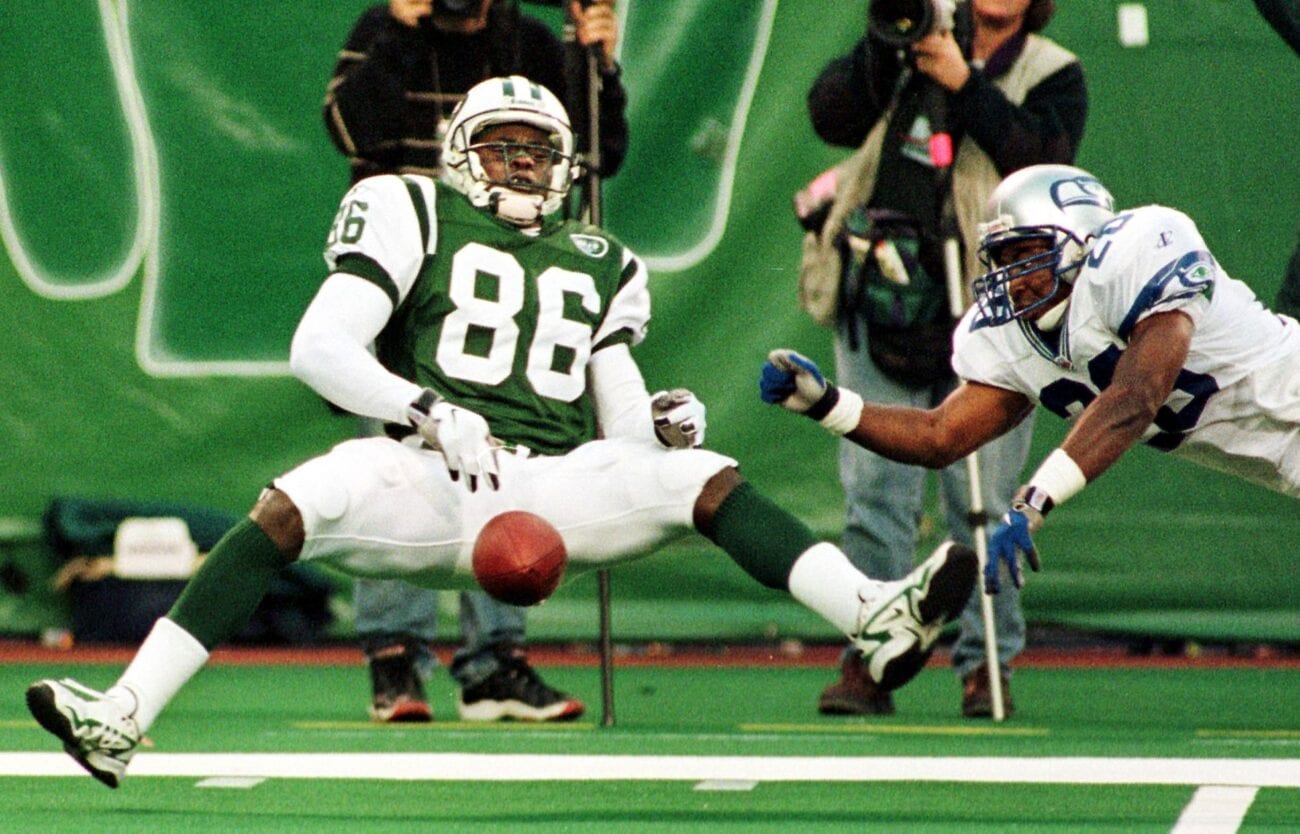 The best NFL Thanksgiving game is cut: Twitter has the best memes

NPR reported the Thanksgiving Pittsburgh Steelers & Baltimore Ravens game has been postponed due to a recent coronavirus outbreak. Ravens players tested positive for coronavirus, requiring them to quarantine for ten days. Fans also won’t be able to attend the postponed game due to Pennsylvania’s strict health and safety guidelines.

We’ve gathered all the best memes about the disappointing football news so we can commiserate in solidarity. 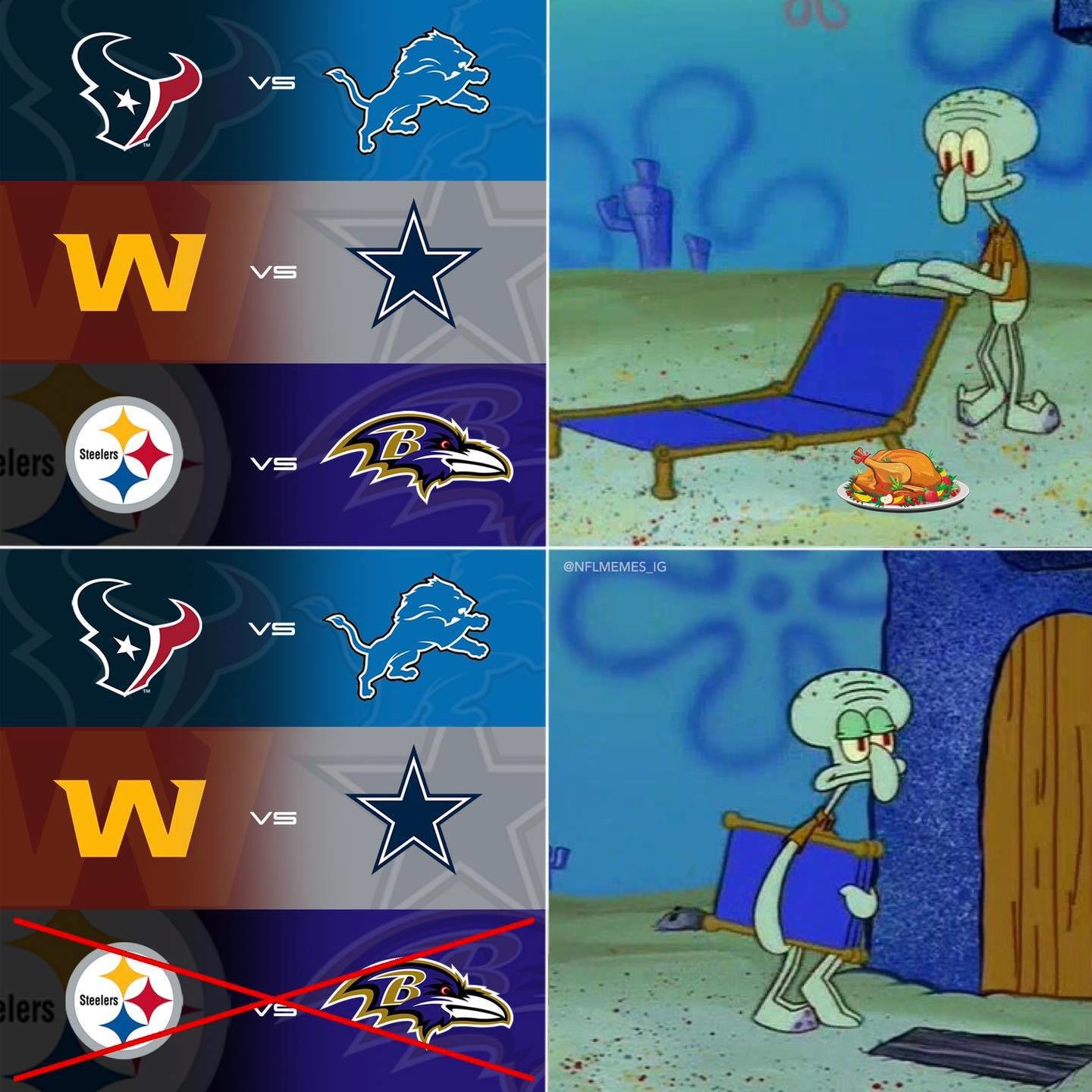 Two NFL games were scheduled early on Thanksgiving day. Houston Texans vs. Detroit Lions was scheduled for the afternoon at 12:30pm ET, and the Washington Football Team vs Dallas Cowboys at 4:30 pm ET. However, Thanksgiving dinner didn’t include the third NFL game everyone was anticipating.

SteelersWire reported that even fans who purchased tickets for the Thanksgiving game will not be allowed to attend the rescheduled game on Sunday, November 29th. Stellers spokesman, Burt Lauten tweeted: “We would like to take this opportunity to wish our fans a safe and happy Thanksgiving.” Fans were not having a happy Thanksgiving.

The Ravens released a statement to their fans and the NFL league, tweeting: “Protecting the health and safety of each team, in addition to our communities at large, is of utmost importance. We will continue to follow guidance from the NFL and its medical experts, as we focus on safely resuming preparations for Sunday’s game.”

When you find out that the #Ravens will not be punished for breaking COVID protocols…… pic.twitter.com/bERwzJg5jq

The Pittsburgh Steelers tweeted, “Though we are disappointed that we will not get to play for our fans on Thanksgiving night this year, we look forward to many more exciting times during the 2020 season.” Steelers fans are upset by Steller’s President, Art Rooney II and the NFL’s decision.

Just hanging out with a 10-0 record. #Steelers pic.twitter.com/55XN08puSM

The Steelers are currently on top of the NFL league board with ten wins & zero losses. However, the Ravens are third on the table and have only six wins and four losses. The Steelers and their fans are not feeling the pressure. The last time the Steelers played against the Ravens the Steelers won with 28 to 24 points on November 1st, 2020.

No Thanksgiving without the NFL

The above memes prove that without the NFL, there’s no Thanksgiving. The Houston Texans vs. The Detroit Lions game took place with a massive loss for the Lions, ending with a score of 25 to 41. Despite the COVID-19 setbacks, the NFL season isn’t over yet.