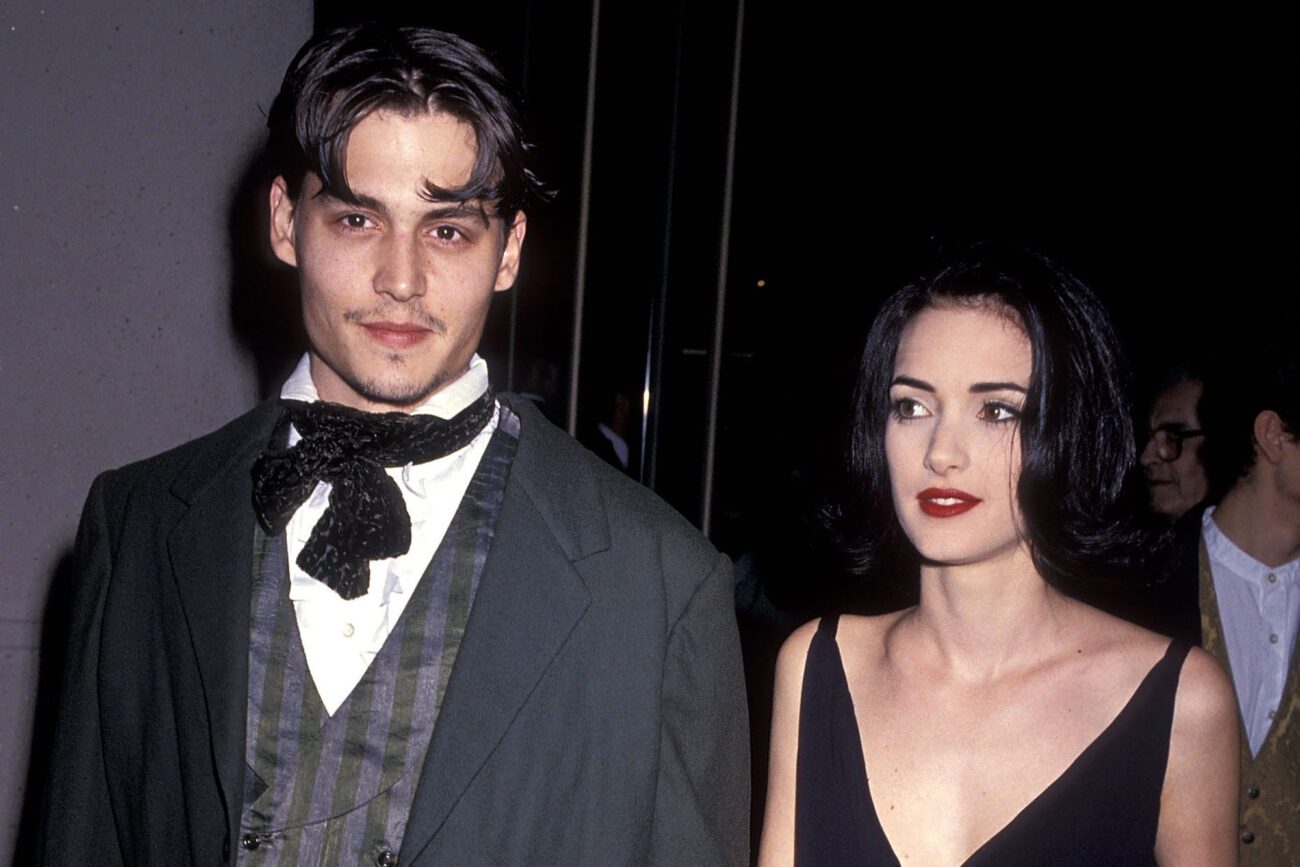 Johnny Depp and Winona Ryder were that couple in the early 90s. They were young, talented, and gorgeous, and remain the subject of envy for many Tumblr users. Their whole aesthetic is what draws people to them to this day, that whole Tim-Burton-teen thing. On their own, they were famous, but together, they were (albeit briefly) American royalty.

Though the two broke up in the early 90s, there doesn’t seem to be hard feelings. Ryder gave a statement in support of Depp after he was accused of abusing his ex-wife Amber Heard. They met back in 1989 at the premiere of Great Balls of Fire and were together for four years. Their relationship became a cultural touchstone of the time, bolstered by things like Depp getting a tattoo that read “Winona Forever”.

Part of what’s made their relationship so iconic & enduring is the supposedly tragic nature of their breakup. Regardless of how much of it was real, the story that the two were wrecked in the aftermath of their breakup has added to the public’s interest in them. If there’s one thing a romance needs to go from cute to iconic, it’s a tragic breakup. 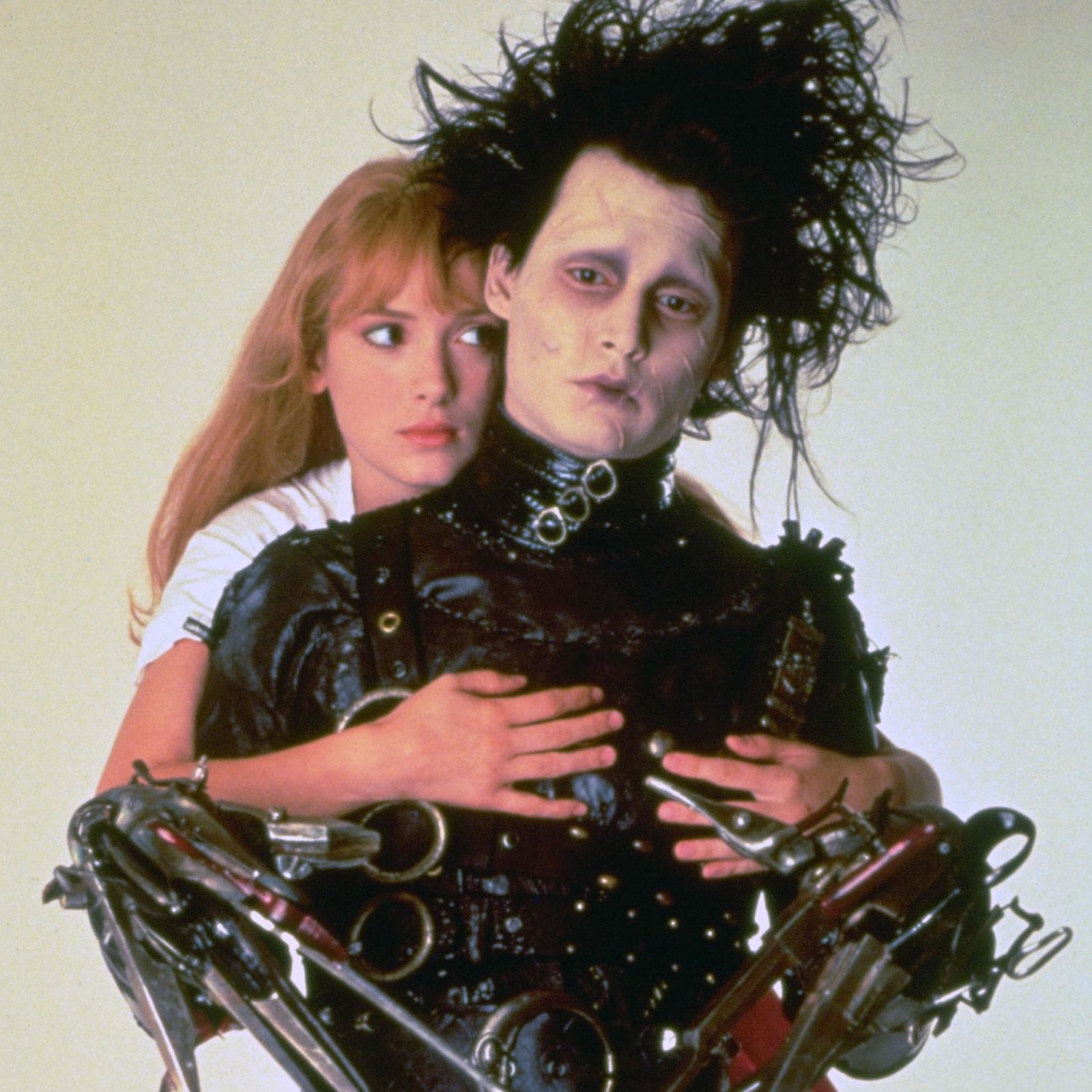 Another reason for the public’s obsession with the couple is their individual careers at the time they were together. They appeared in multiple hit films during their time together, before, and since they broke up. The speed of their relationship also drew attention. The two were only together for five months before they got engaged, which is pretty quick even for Hollywood standards.

Johnny Depp has had many high-profile relationships since he and Ryder broke up, and some, like his romance with supermodel Kate Moss, have gotten a similar amount of public attention. There was just something about the soft goth vibes of Depp and Ryder that hasn’t been replicated since. Ryder has done a better job of staying out of the spotlight for her romantic life since her split with Depp. 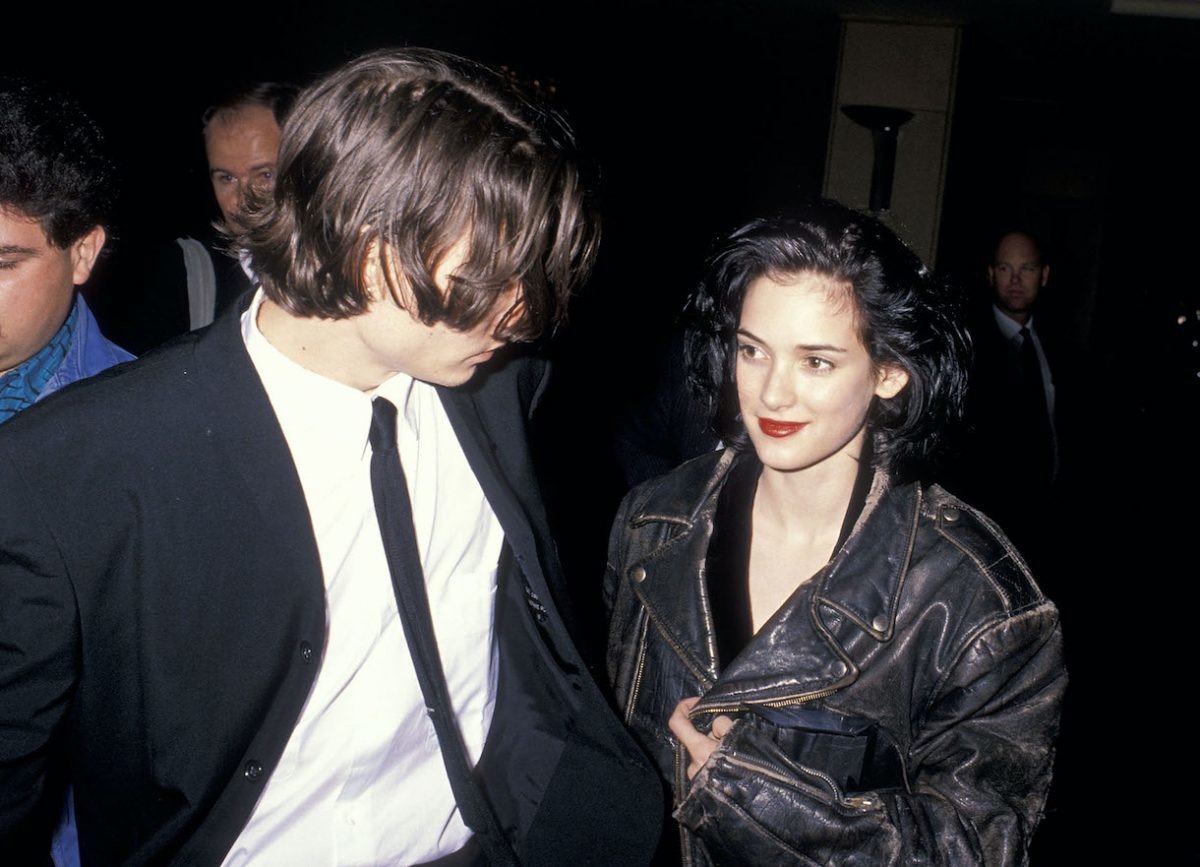 Depp & Ryder first locked eyes at the premiere of her movie Great Balls of Fire, in a moment Depp once described as being akin to love at first sight. The two hit it off and were a couple soon after. Their connection was so strong, they were engaged five months after they started dating in classic, whirlwind Hollywood fashion. After getting engaged, Depp got a tattoo that read “Winona Forever”.

Throughout their time together, Johnny Depp was never shy about his love for Ryder. Not only did he get a tattoo in her honor, but he gushed about her to anyone who asked. A famous Rolling Stone profile in 1991 featured a lot of Depp & Ryder, and Depp talking about Ryder. He spoke about knowing she was the one, while the then nineteen-year-old Ryder displayed more of her classic reserve. 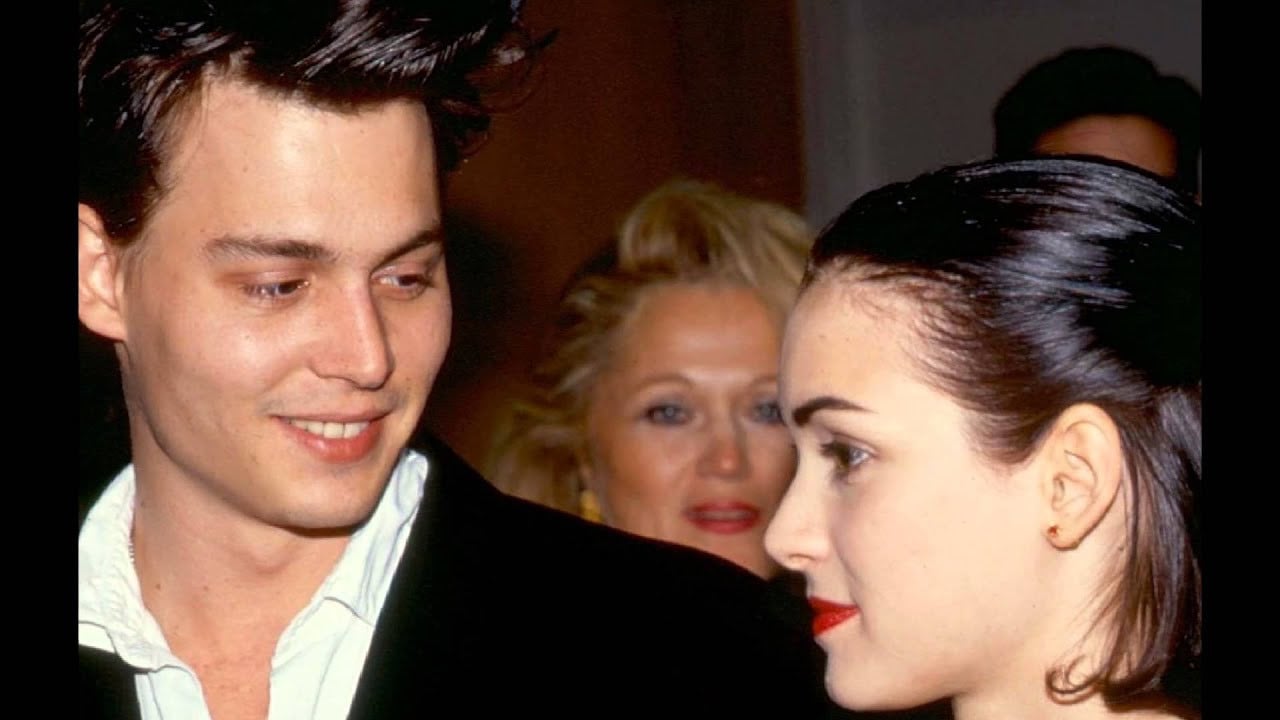 The two spoke out about the media frenzy around their relationship, which was similar to other iconic couples from the era. Think Brad Pitt and Gwyneth Paltrow, Britney Spears and Justin Timberlake, Courtney Love and Kurt Cobain, or Nicole Kidman and Tom Cruise. Like many other high-profile celebrity couples, the “high-profile celebrity” part became a problem.

Johnny Depp himself acknowledged that at the time he & Ryder were engaged, he’d never felt so strongly for someone. John Waters reportedly got ordained for the purpose of conducting the eventual ceremony for the couple, which of course never transpired. The couple famously starred in Edward Scissorhands together, where Depp played the titular character and Ryder his love interest.

They eventually broke up in 1993, calling off their engagement. Both stated the media’s attention put too much pressure on their relationship. Both were famously depressed in the aftermath of their split, adding to the public opinion that theirs was a soul-mate-type thing. 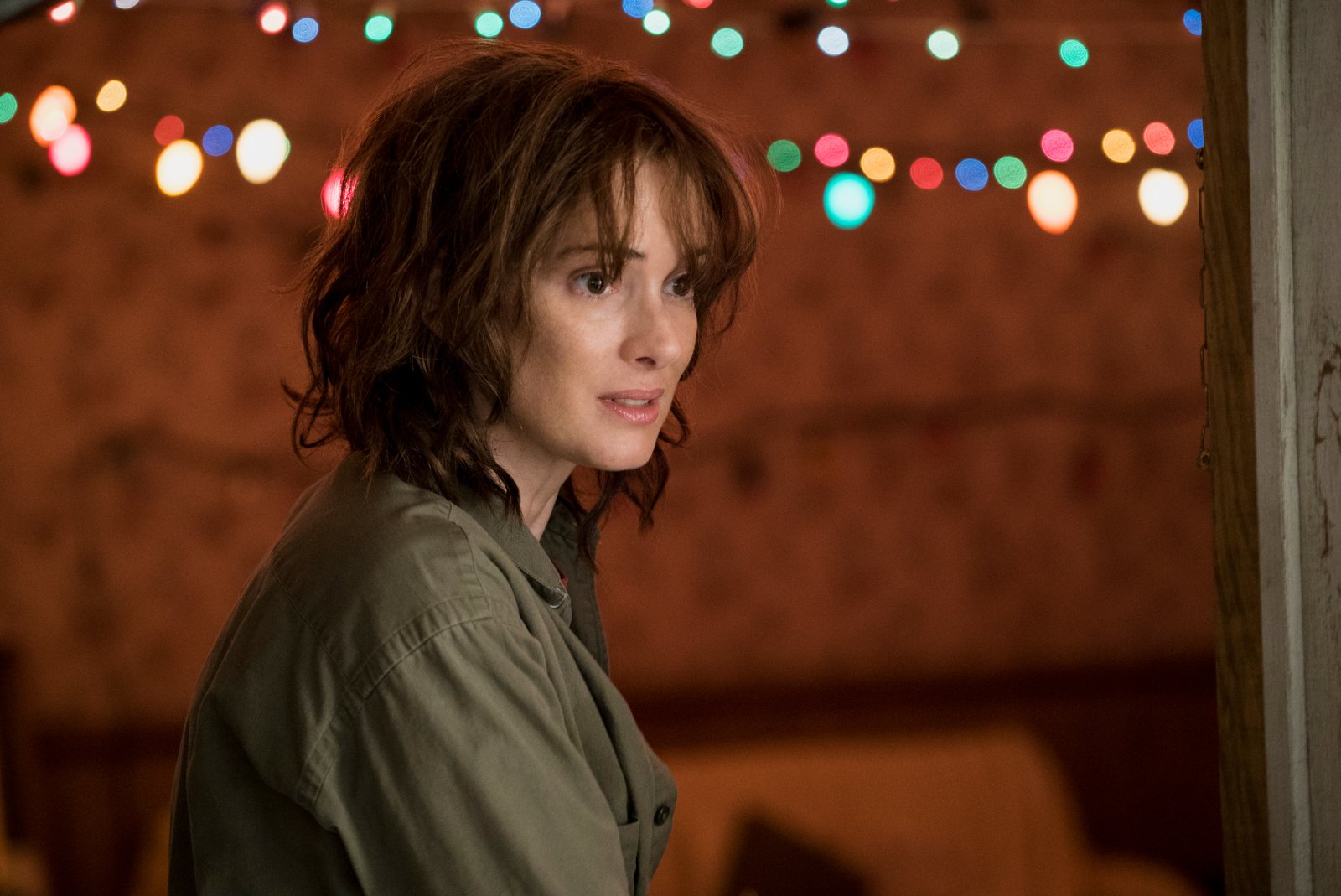 Since his heartbreaking split with Ryder, Depp went on to date supermodel Kate Moss, with whom he shared some rather tumultuous years. His longest relationship was with Vanessa Paradis, with whom he shares his two children. After fourteen years together, they split up. He later married and divorced Amber Heard. The two have accused each other of domestic violence since their split, and are still involved in a legal battle.

Ryder’s next high-profile romance was with Matt Damon for a brief time in the 90s. She hasn’t dated any other A-list actors (that we know of), opting mostly for musicians or people who work in the film industry in a more behind-the-scenes capacity. She’s been in a relationship with Scott Hahn, a fashion designer, since 2011.

Do you remember the iconic days of Johnny & Winona Forever? What’s your favorite Depp and/or Ryder movie? Let us know!