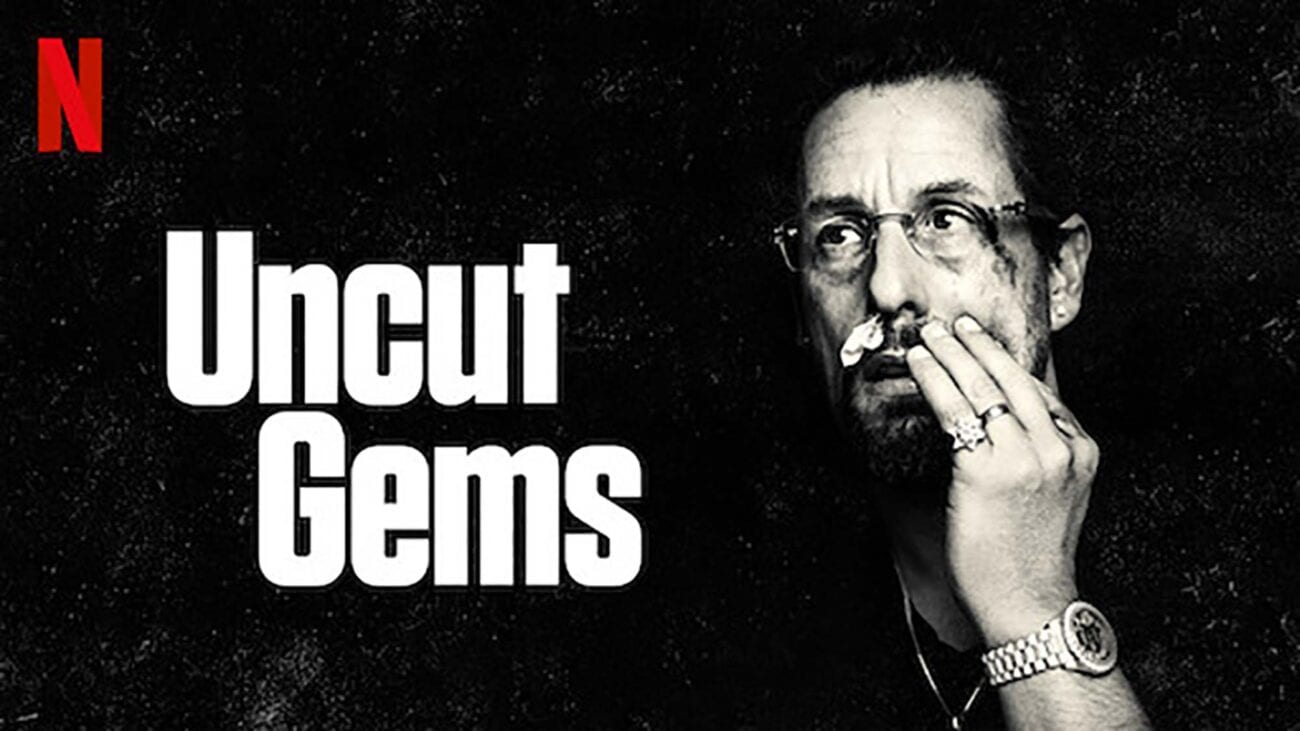 ‘Uncut Gems’ finally comes to Netflix: All the behind-the-scenes info

The Safdie Brothers’s breakout hit, Uncut Gems, was a critical darling of 2019, and reinvigorated audiences’ interest in seeing Adam Sandler in a more dramatic role. Now that the film has dropped on Netflix, it’s been opened up to an even wider audience than ever, with anyone not willing to drop $10 on a movie ticket now able to watch at home.

With the re-surging interest in Uncut Gems now that it’s streaming online, it’s a great time to look behind the scenes at the fascinating story of how the film was made. 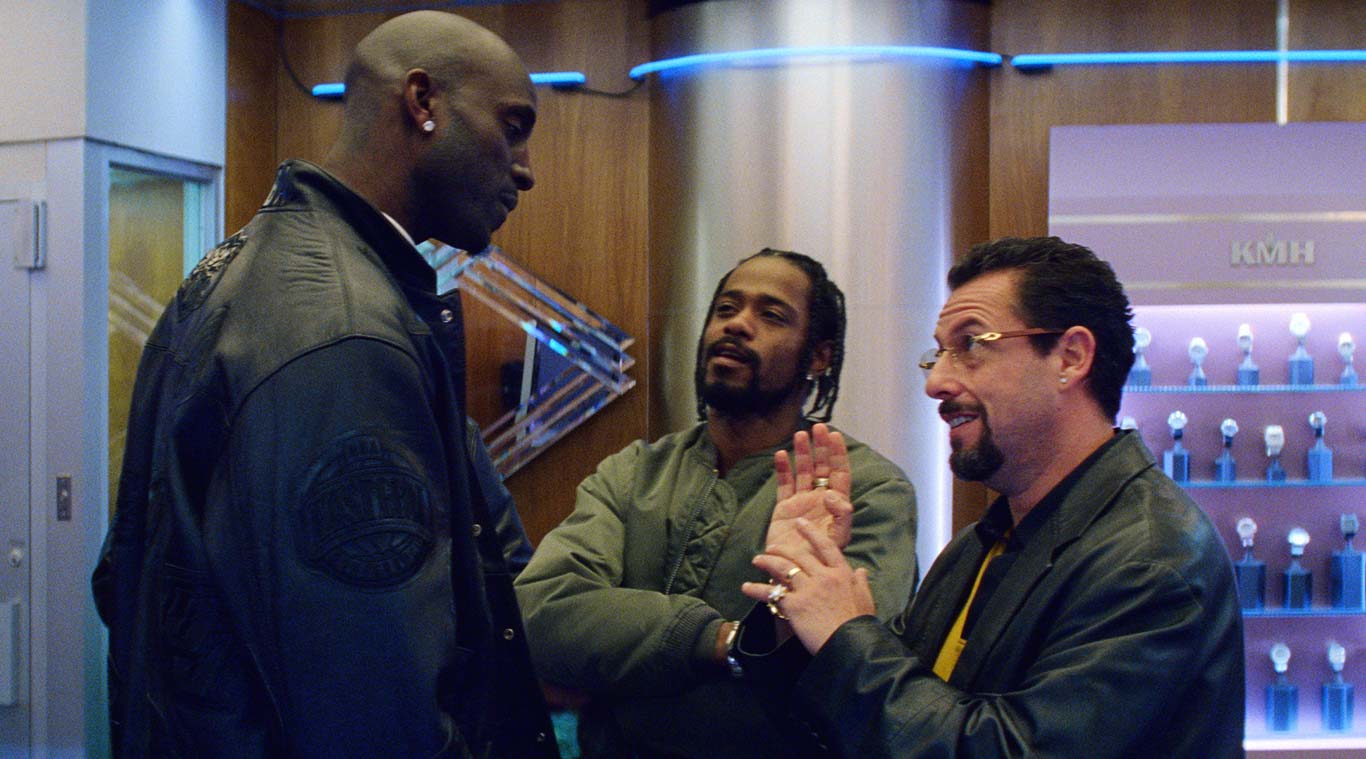 Many viewers may be surprised to learn that the small-scale crime thriller actually took years to get off the ground.

The Safdies’s desire to structure the plot around a real-world basketball game with an actual basketball star in a central part led to scheduling difficulties. Everyone from Kobe Bryant to Joel Embiid were considered for the role eventually going to Kevin Garnett, with each recasting resulting in a complete reworking of the script to feature a different basketball game.

The concept for Uncut Gems dates back to 2009, when the brothers were still mostly creating short films. Adam Sandler was considered for the role of Howard Ratner from the beginning, but his agent rejected the Safdies’s original pitch in 2012 before Sandler even read their script. Ironically, 2012 became the year of the film’s setting. 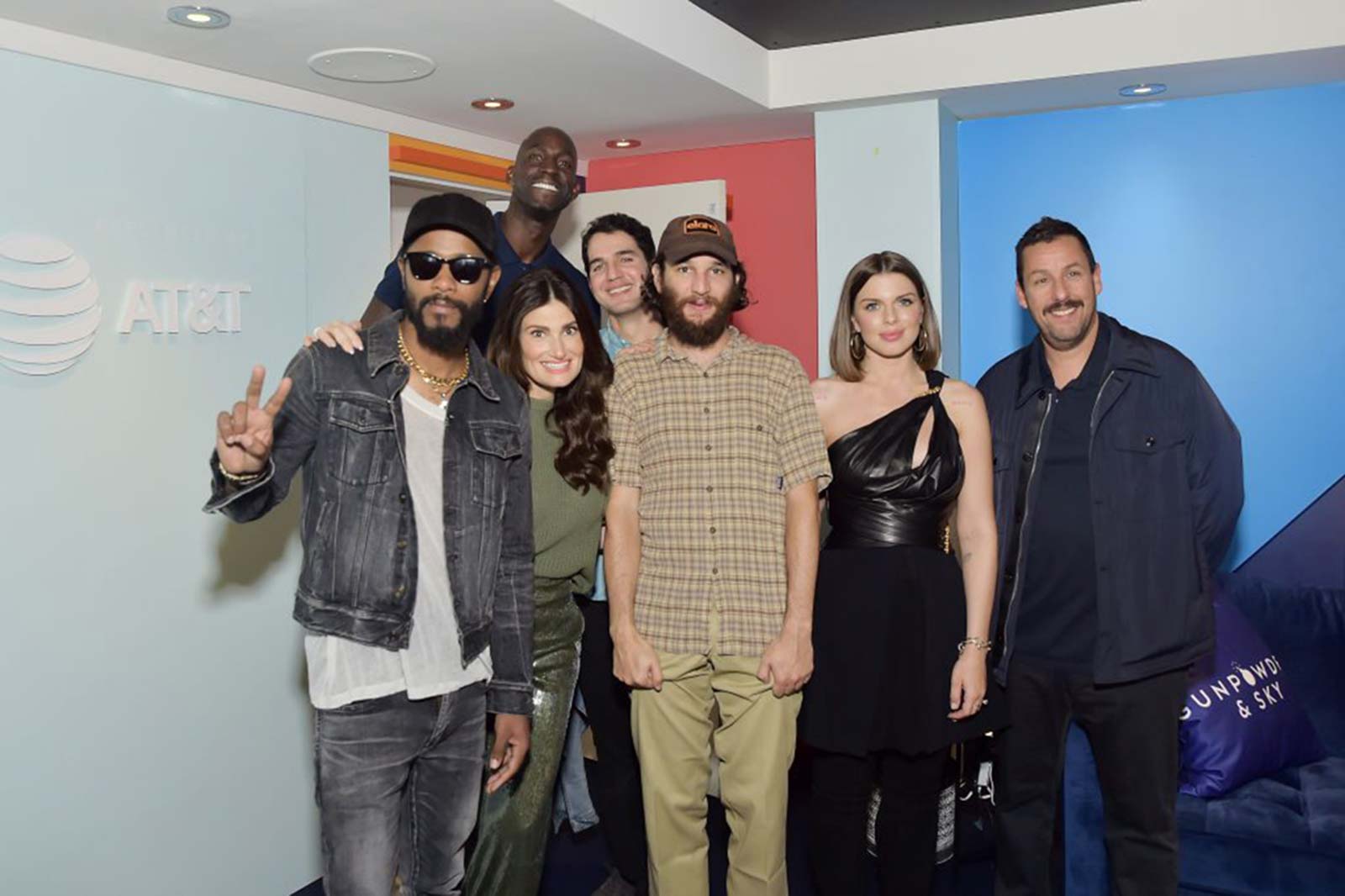 In a recent interview with Entertainment Weekly, Sandler admitted to the mix-up: “Oh man, I didn’t get to meet ’em. I didn’t know! But I guess they talked to [my agent] and he probably didn’t think the timing was right, I had other stuff cookin’. But this age feels like it makes more sense.”

The Safdies, of course, don’t hold a grudge and admit it wound up being for the best. Without the years of constant retooling & rescheduling, Uncut Gems may have never become what it is today. 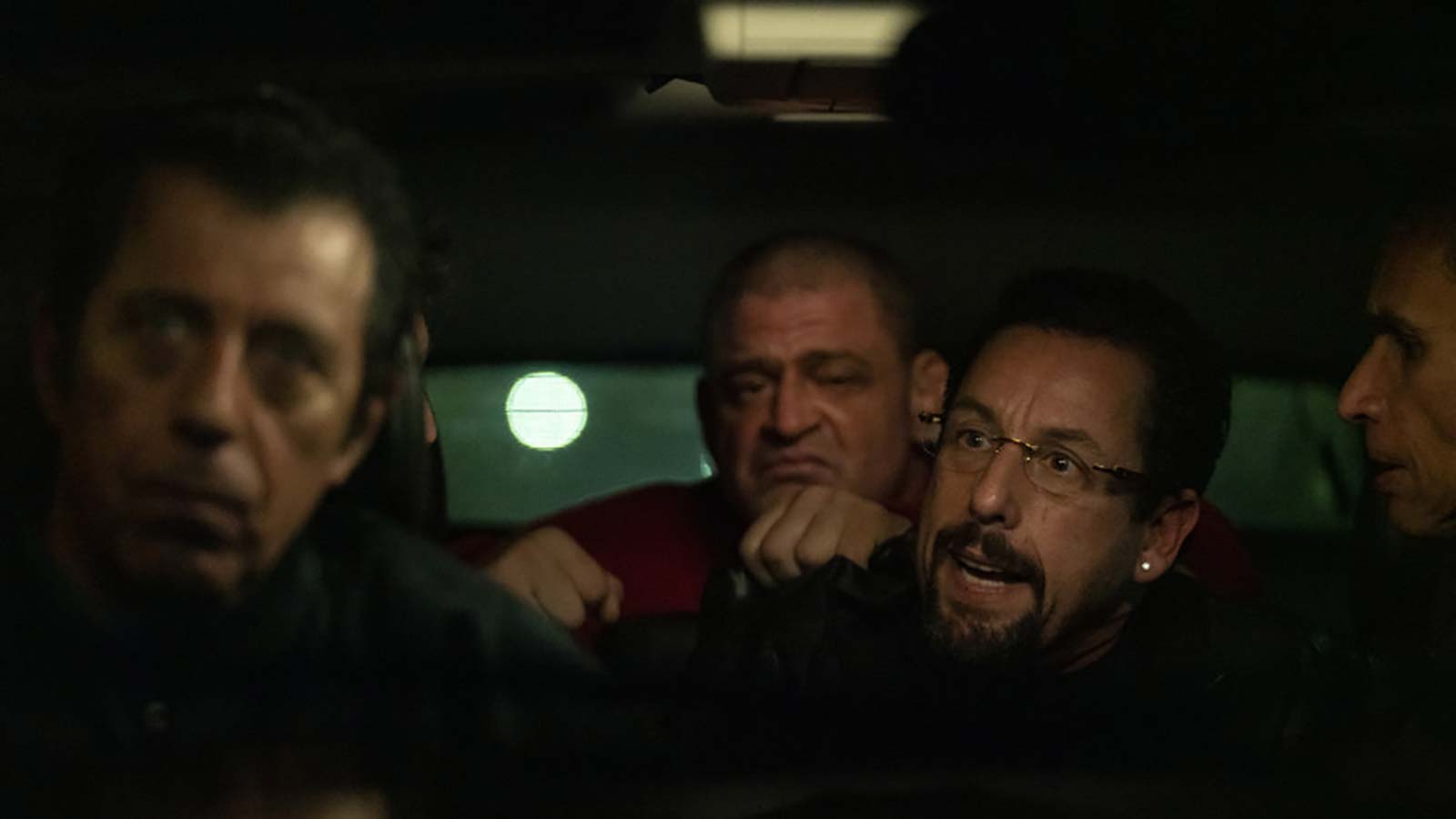 Sandler admits in the same interview that while it wasn’t tough being in constant mania while working on the set, it sometimes bled into his personal life. Sandler revealed he was relieved his family didn’t come to set, though sometimes the marks from his stunts during the day wound up following him home.

During a scene where Howard is assaulted & grabbed in the back seat of a car by loan sharks, the Safdies admit sometimes the situation got legitimately scary as some of the actors, such as Keith Williams Richards who brilliantly plays the enforcer, Phil, had never done a film before, it was hard to tell exactly when to end the stunt.

Josh Safdie elaborates: “All three of those guys who are manhandling Sandler, it was the first movie they’ve done. So they were very professional, but when it’s your first time — Sandler’s so in it, he’s so into the character that it started to actually get a little scary one or two times, because he’s getting choked at one point in the scene and there were all these cues.” 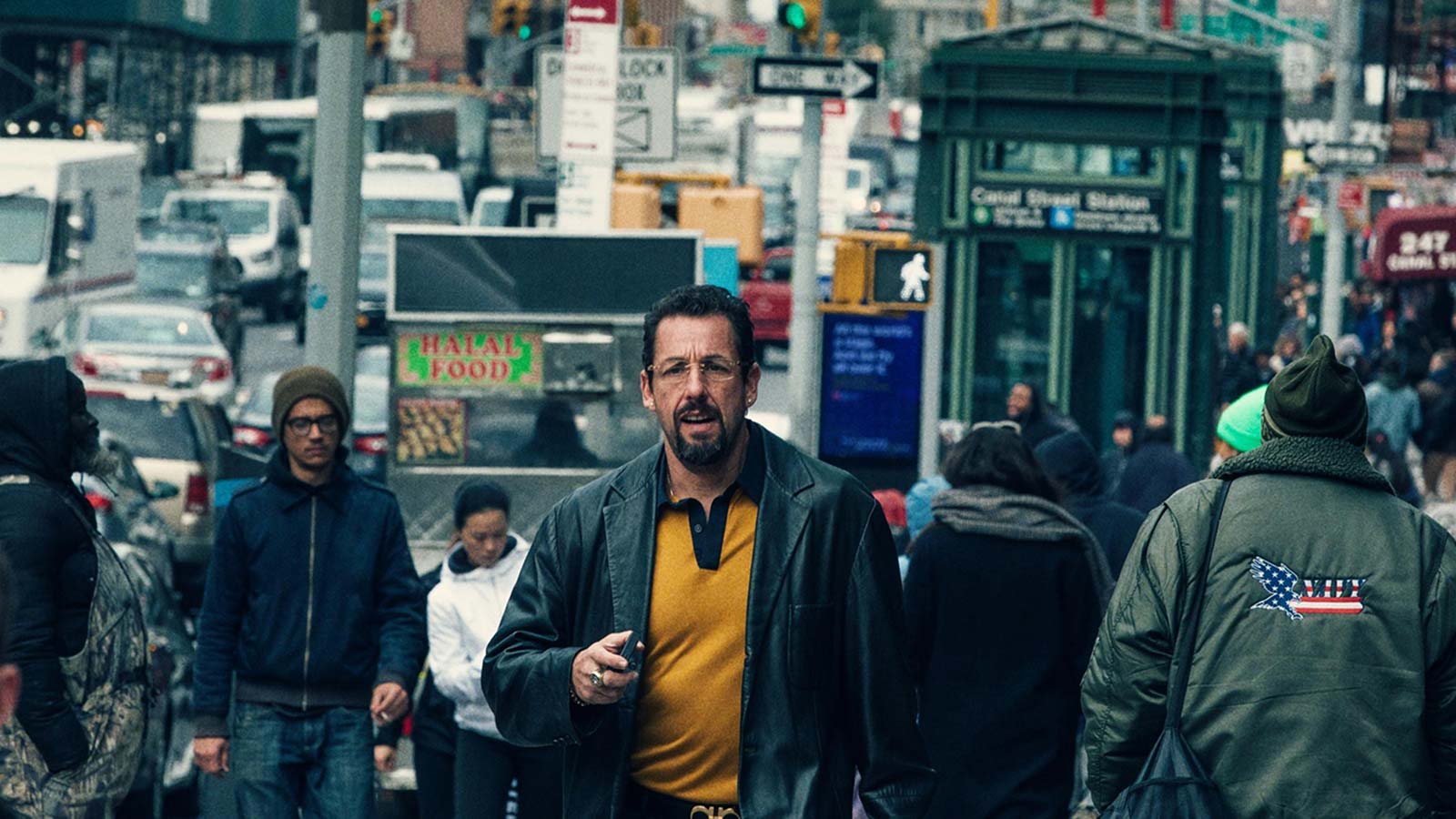 Safdie even relays that Sandler attempted to tap out of the choke hold but his co-star didn’t realize he wasn’t acting anymore. Luckily, the stunt coordinator was present during the shoot in the car and kept a watchful eye over everything. Sandler remained a total professional, never complaining once and merely thanking the coordinator for calling the scene. 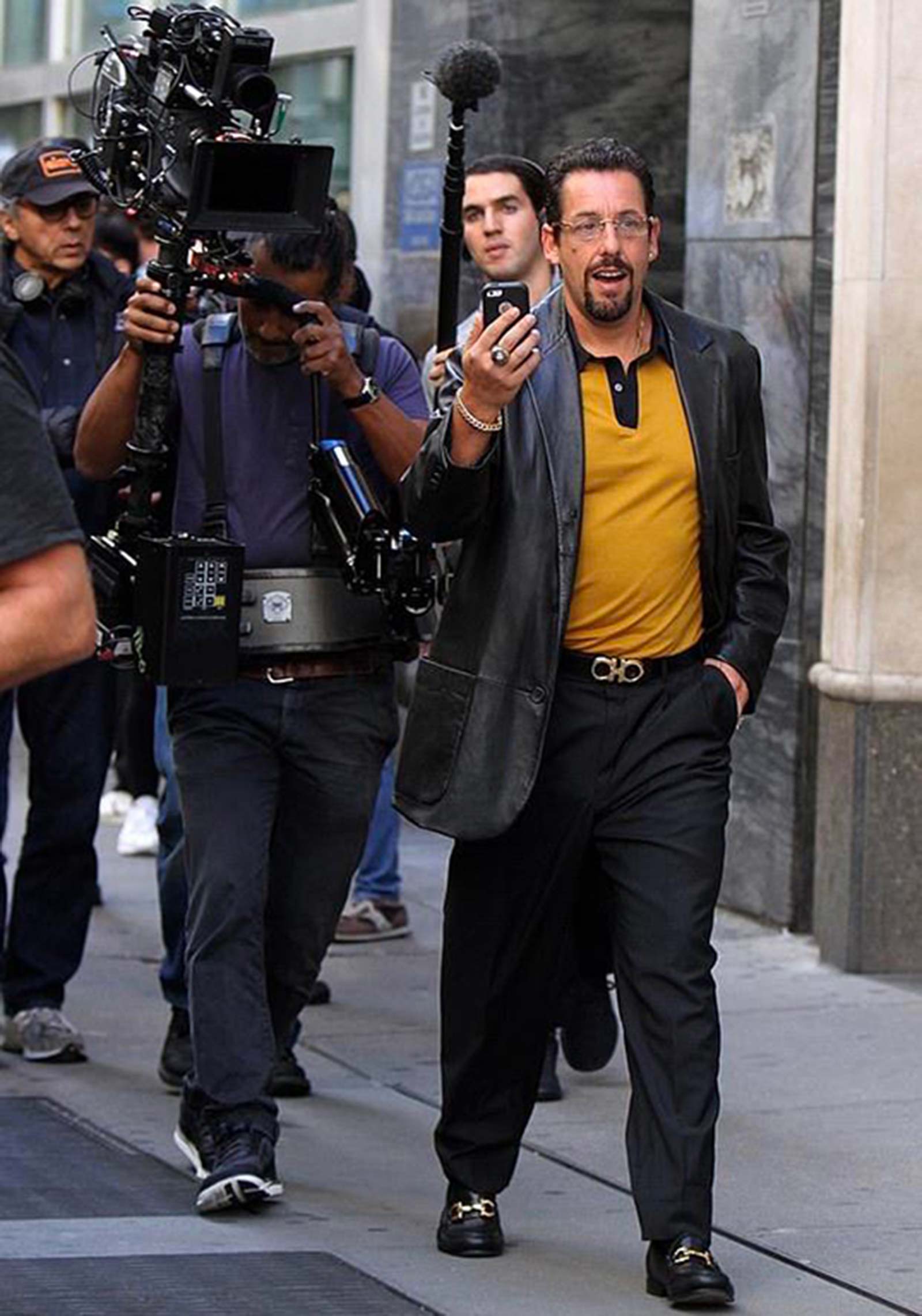 The trickiest part of the shoot may have been filming in downtown New York City, in the heart of the bustling Diamond District.

As they were still working with a modest budget, shutting down 47th Street during prime business hours, in addition to hiring extras and getting prop vendors set up, was not an option. So the Safdies, veterans of guerrilla-style filmmaking, covertly placed prop vendors and their own extras in the vicinity, and kept the shoot at a low profile.

Benny Safdie reveals their tricks: “We also don’t close down the street when we shoot, we keep things open, so there are people who enter the frame who are real. The goal is we don’t want to look like a film shoot, we want to look like a construction site so that people don’t stop and stare, so they would just observe what was happening and accept it as a real scenario.” 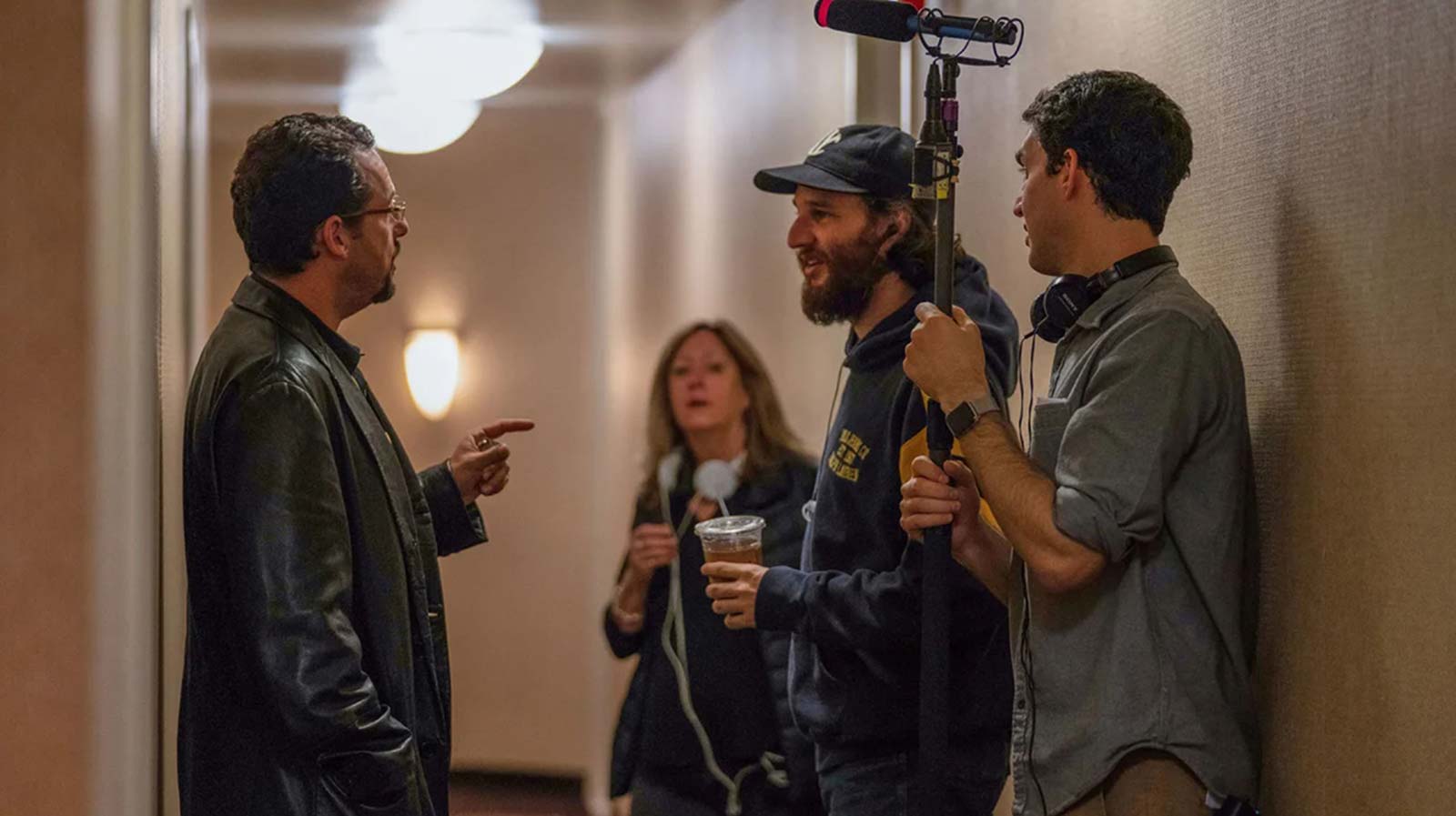 The Safdies love their hometown of New York City and enjoy allowing the authentic city to reveal itself, whether it be casting local characters in bit parts or simply capturing real locals in the backdrop.

These stories only scratch the surface of the fascinating production of Uncut Gems and ultimately contribute to what makes it such a fascinating piece of filmmaking and an authentic slice of New York culture.