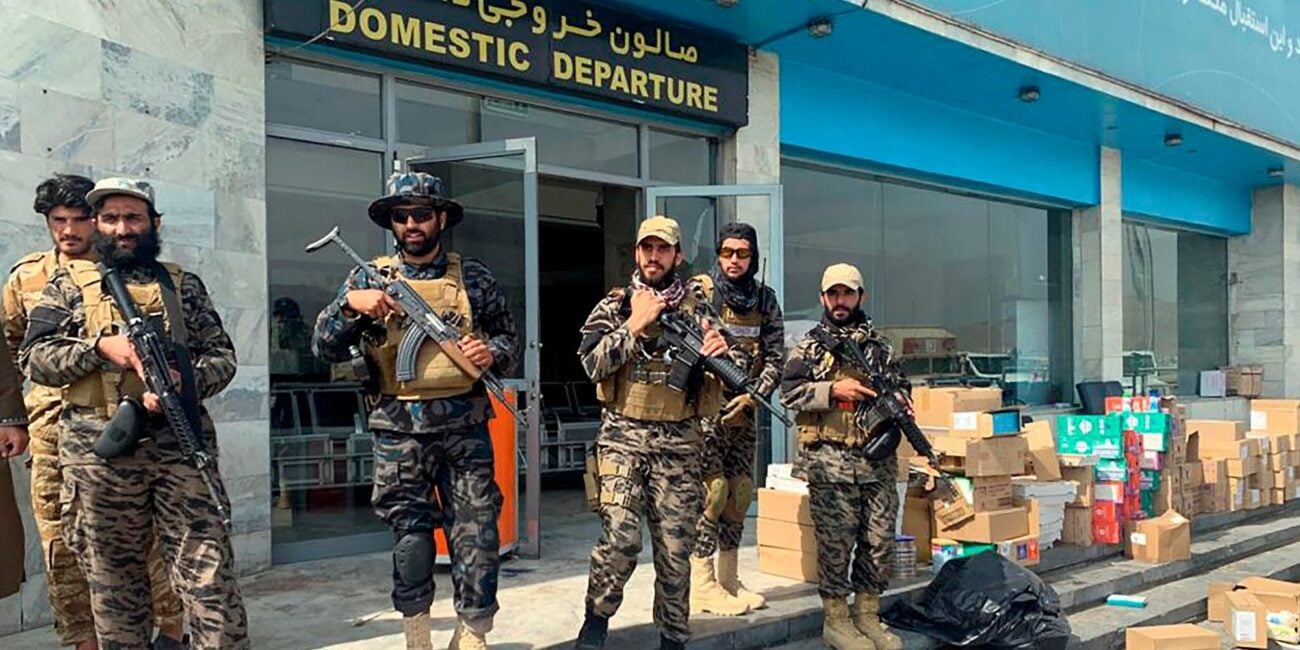 For nearly two decades, the government of Afghanistan, with the help of U.S. & coalition forces, battled for control of the country against the ever-present Afghan Taliban. The Taliban has attempted to gain control of territory on the map since NATO ended its military mission in Afghanistan and switched to an “advise & assist” role in June 2014.

Districts have been taken & retaken (by both sides), only to be lost shortly after, decreasing security. Since the U.S. drawdown of peak forces in 2011, the Taliban has unquestionably been resurgent. But why has the Taliban been so persistent, and why are they considered so dangerous? 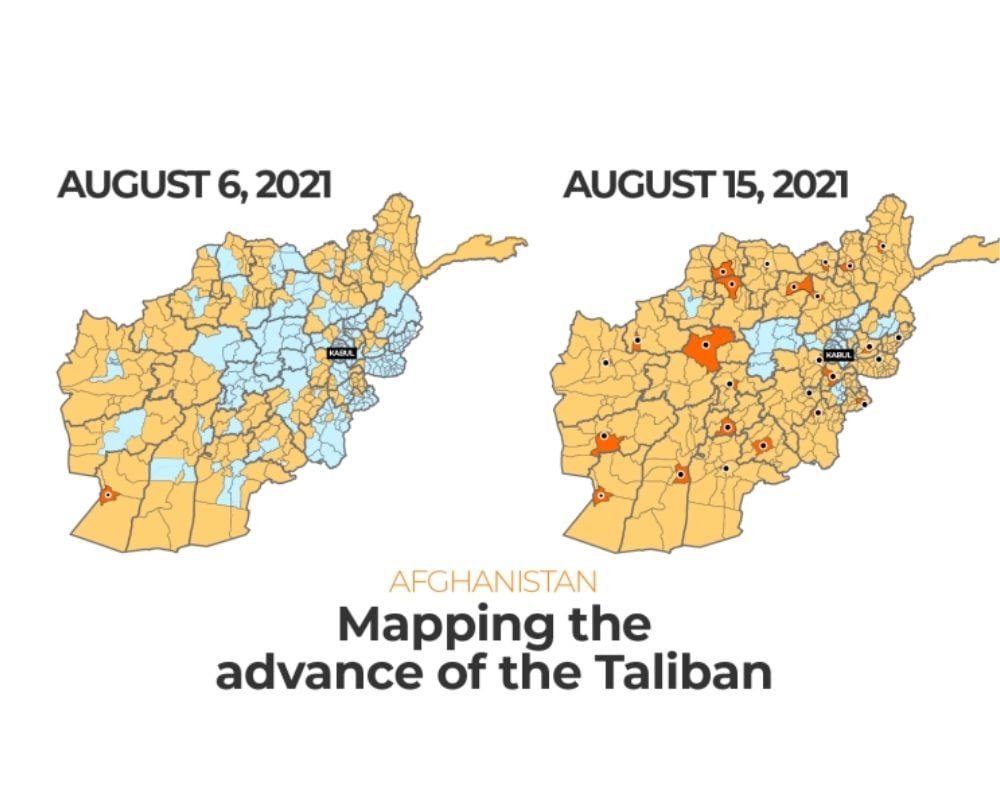 The Taliban’s unrelenting advance across the map of Afghanistan has left ever-shrinking islands of government control spread around the country, plus the capital Kabul. Few strategists & experts expect government forces to hold the ability to win back the areas seized by the Taliban or even necessarily keep Kabul.

Taliban fighters captured ten provincial capitals in just a week, with Ghazni City the most recent to have been taken. Herat, the country’s third-largest city, also fell. According to the Foundation for Defense of Democracies’ Long War Journal real-time Taliban control map, the group now controls 242 of Afghanistan’s 407 districts, almost 60%, with another 100 considered contested.

The Taliban controlled some 20% of the map at the end of April, just after President Joe Biden ordered the withdrawal of America’s 3,000 troops by September 11th. Since then, many of the contested areas have been secured by Taliban fighters, including several key border crossings. 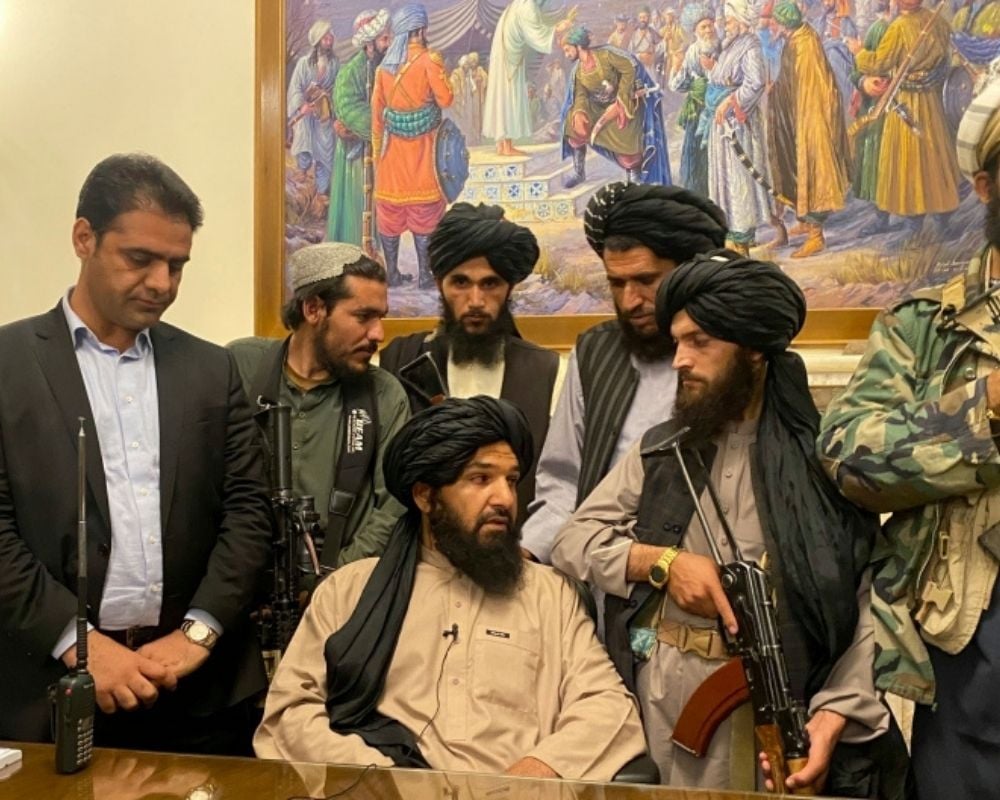 The danger of the Taliban

Haibatullah Akhundzada, the Taliban’s leader since his predecessor was killed in a drone strike in 2016, will remain the ultimate authority over the group’s religious, political, and military affairs. A hardline cleric whose son was a suicide bomber, Akhundzada has sworn that the new government would pursue Sharia governance.

In a controversial appointment, Sirajuddin Haqqani has become Afghanistan’s interior minister, in charge of police & security. Haqqani is the leader of the Haqqani network, which is known to have links to al-Qaeda. He’s on the FBI’s most-wanted list and is a designated global terrorist. The Taliban’s provision of a safe haven to al-Qaeda in the 1990s led the U.S. to invade Afghanistan after the September 11th attacks. 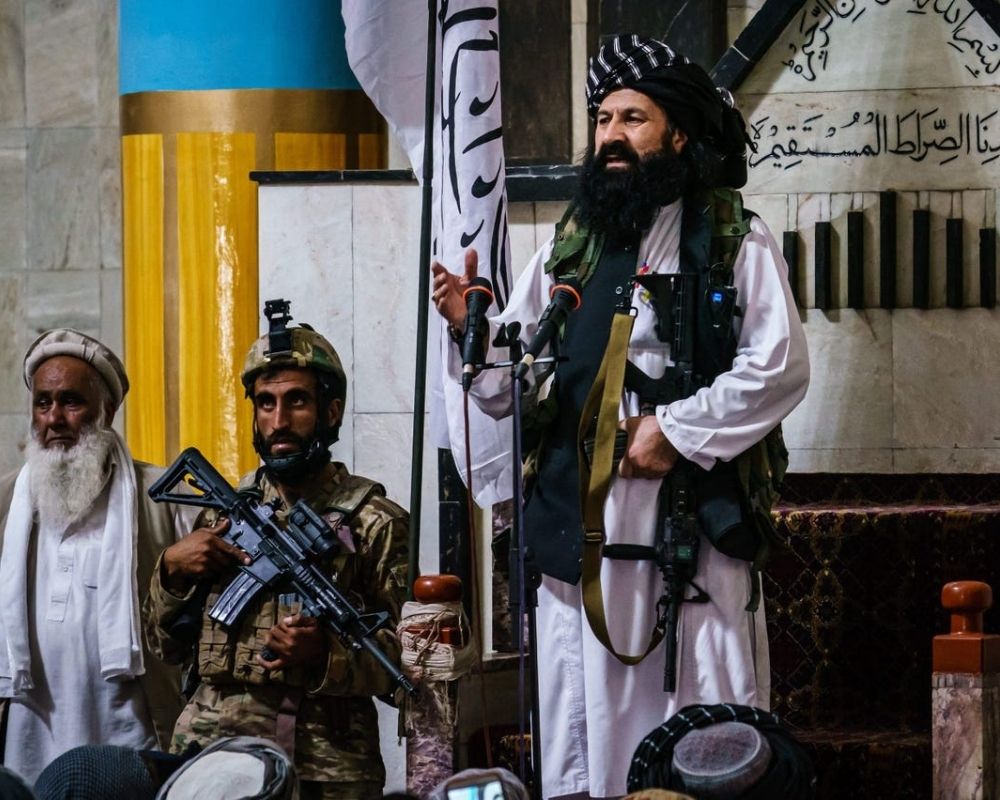 In the years since the U.S. invasion, Haqqani has deployed violent tactics as a deputy to the Afghan Taliban, including using death squads for executions and releasing videos of mass beheadings. Michael Kugelman, deputy director of the Asia Program at the Wilson Center, told CNBC:

“I think you’re looking at a situation where no matter what type of government we’re going to have in Afghanistan, terrorism risks were going to increase just because you have the Taliban in control,” Kugelman said. “The Taliban is not known for trying to deny space to its militant partners in the country, except for ISIS-K, which is their rival.” 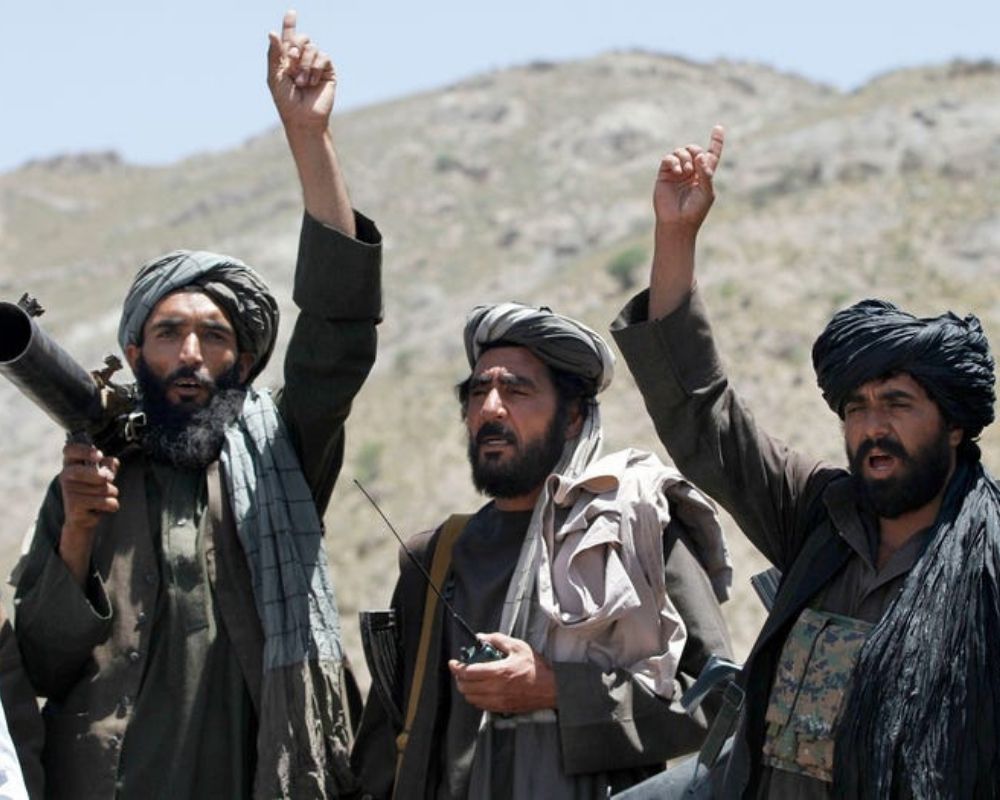 The primary fear across the international community, said Nader Nadery, a senior member of the Afghan Peace Negotiation Team, is “a consolidation of power of all the terrorist groups under the umbrella of the Taliban and the space that the Taliban is providing for them.”

However, McKinley said, bearing all this in mind, there are “a lot of calculations they have to make on responding to the emerging humanitarian crisis” in the country. And for that, they will need money.

With an economy overwhelmingly dependent on aid and a government that was 80% funded by Western donors, the Taliban “are going to have to take into account at least some international concerns,” he said. “So, opening signs are not encouraging, but we have to work with what comes in the following days in terms of actual actions.”