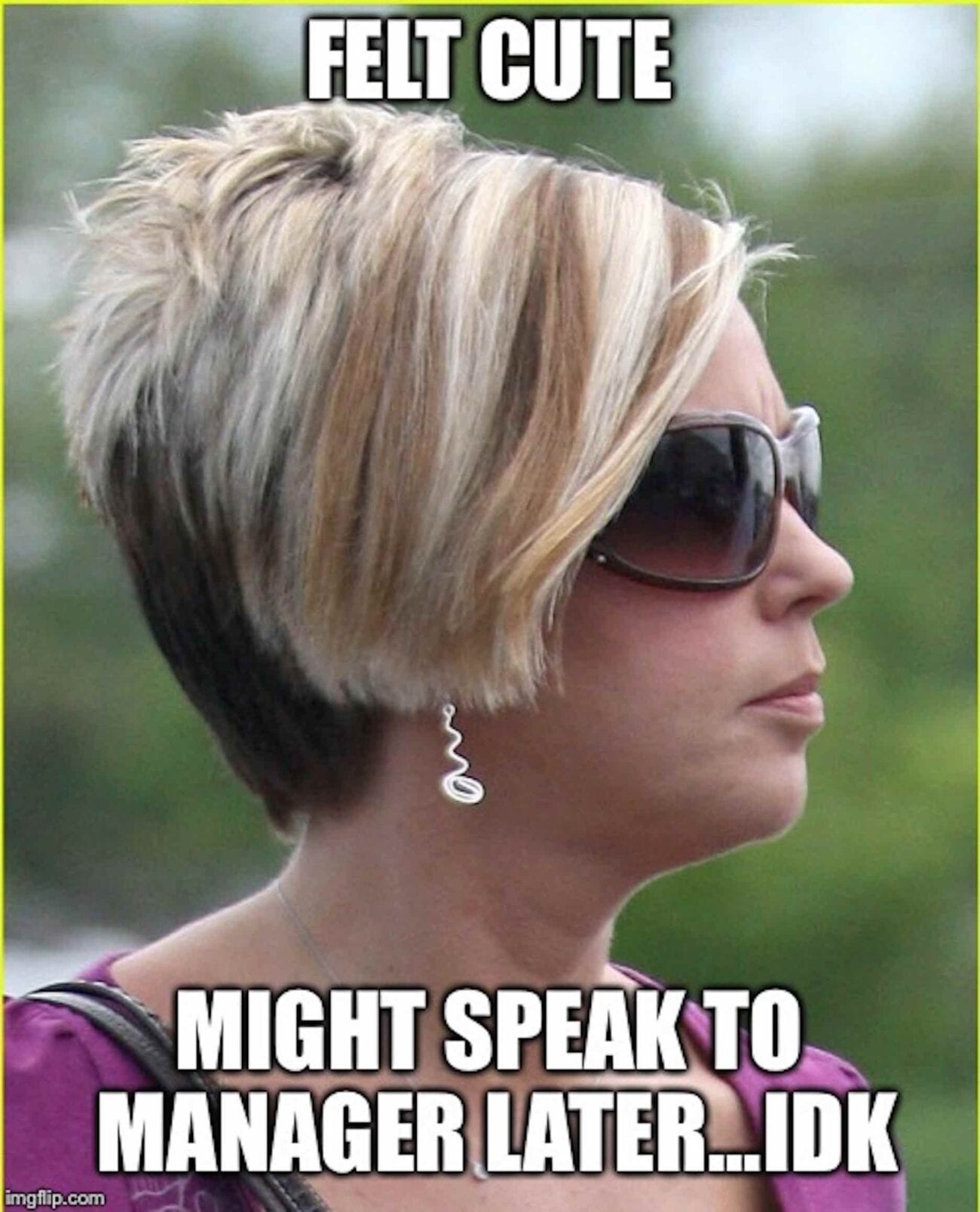 Need to speak to a manager? Use these Karen memes to inspire you

Karens have become less of a name and more of a type of person. We all know the type. They don’t believe in vaccinations, but believe in the medical powers of essential oils. They make jokes about drinking too much wine and probably have Minions swag.

Karens are those who are so self-superior in their knowledge that they are right and you are wrong that you can feel your eyes rolls at the mere thought of Karen interaction.

Naturally, the internet is full of memes about Karens. There are so many of them that we’ve rounded up some of the best Karen memes that we could find. These best of the best, cream of the crop of memes will leave you chuckling and laughing. Especially if you are a manager and next time a Karen needs to talk to you. 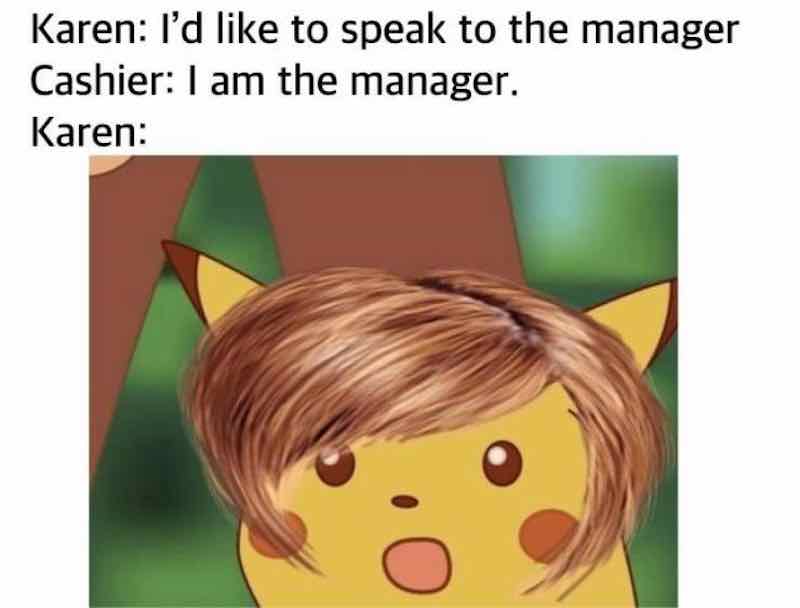 The ultimate power move you have when confronted with a Karen? Actually being the manager. Just imagine said Karen’s face when you whip that out. 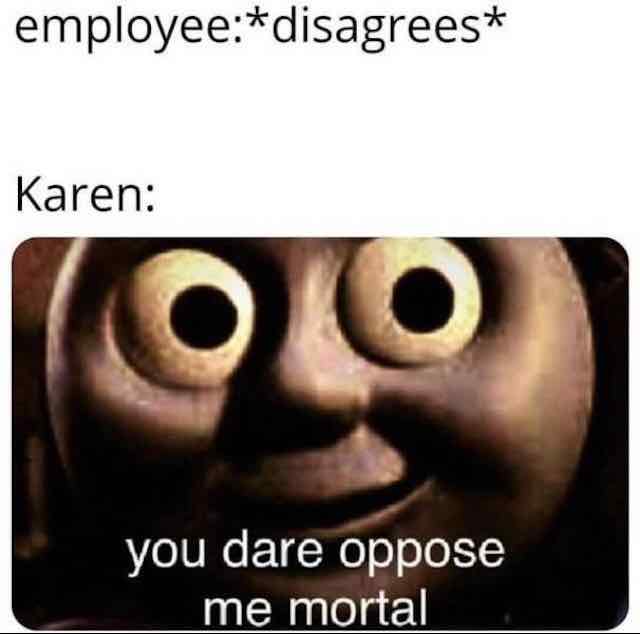 2. Don’t you dare disagree with Karen

When you’re an employee and actually express having an opinion like a real person and not a robot around a Karen? Duck and cover. 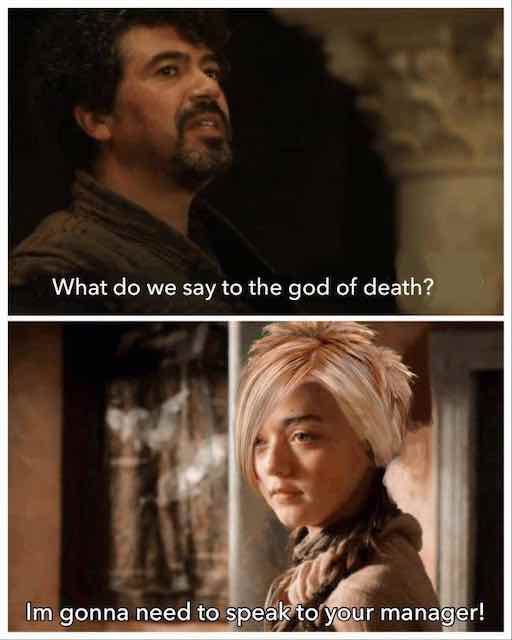 3. What does Karen say to the god of death?

Who is Death’s manager? This feels like a set-up for a Discworld novel. 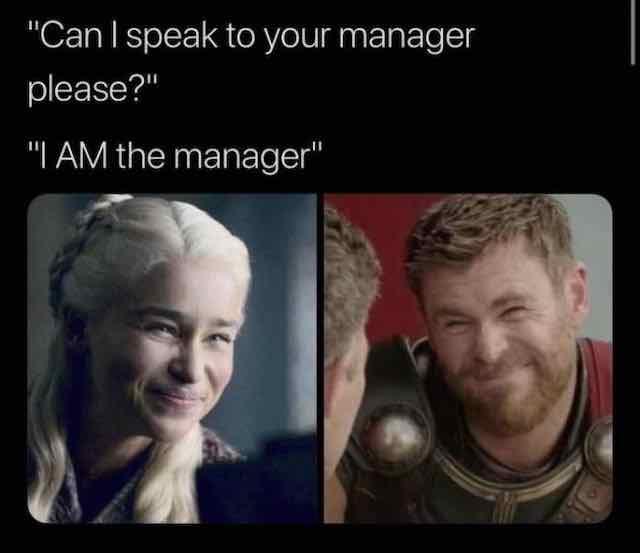 4. The face scrunch though

Thor: champion of lesbians, himbos, and defender against the Karens of the world. Dany, well, she got pretty Karen in the last season of Game of Thrones. 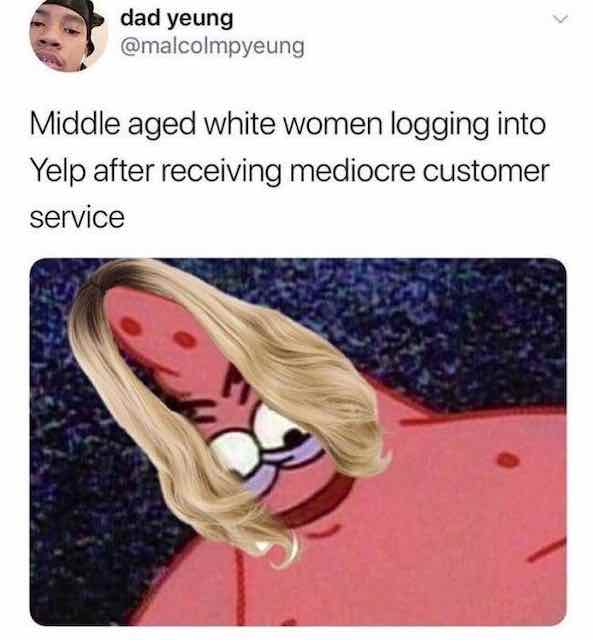 5. If a Karen can’t speak to a manager, then Yelp will do

Karen doesn’t have a manager to complain to? No worries! Yelp will vent her rage. 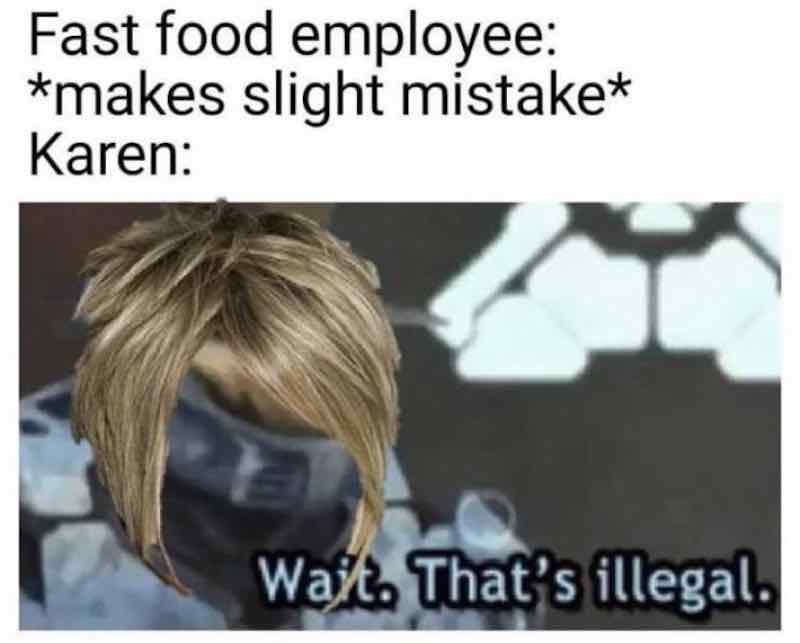 6. When an employee makes one mistake

Look, let’s just not get mad at fast food employees? There’s a lot of food out there. They have a lot of things to handle. If they put mayo on your chicken sandwich when you said no, then just wipe it off. 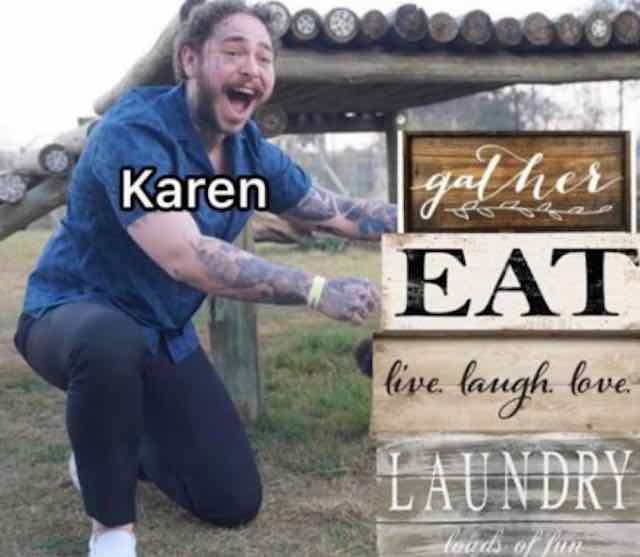 7. Why do all Karens have these signs?

Every. Single. Sign. You will find in a Karen’s house. 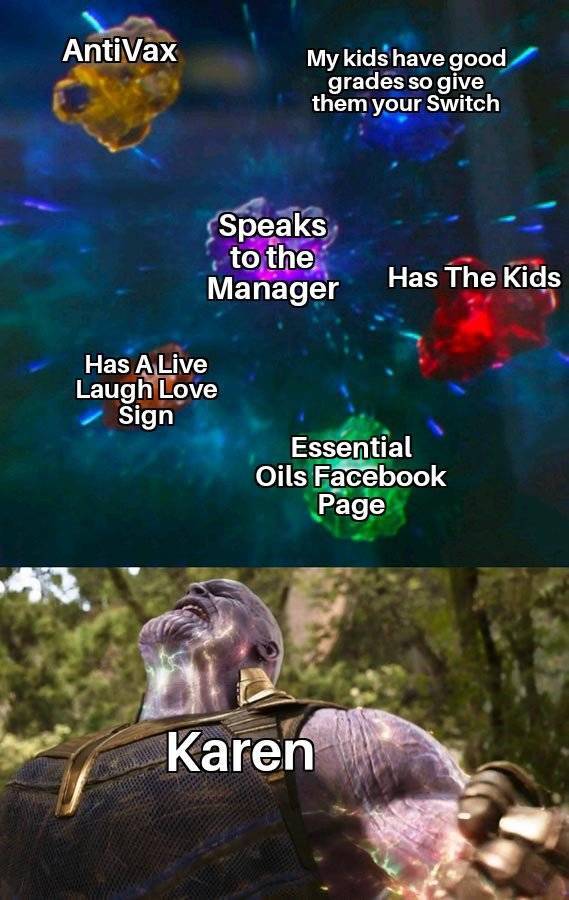 8. Thanos is a total Karen

Thanos is the ultimate Karen. The final form if you will. Our hot take for the day.