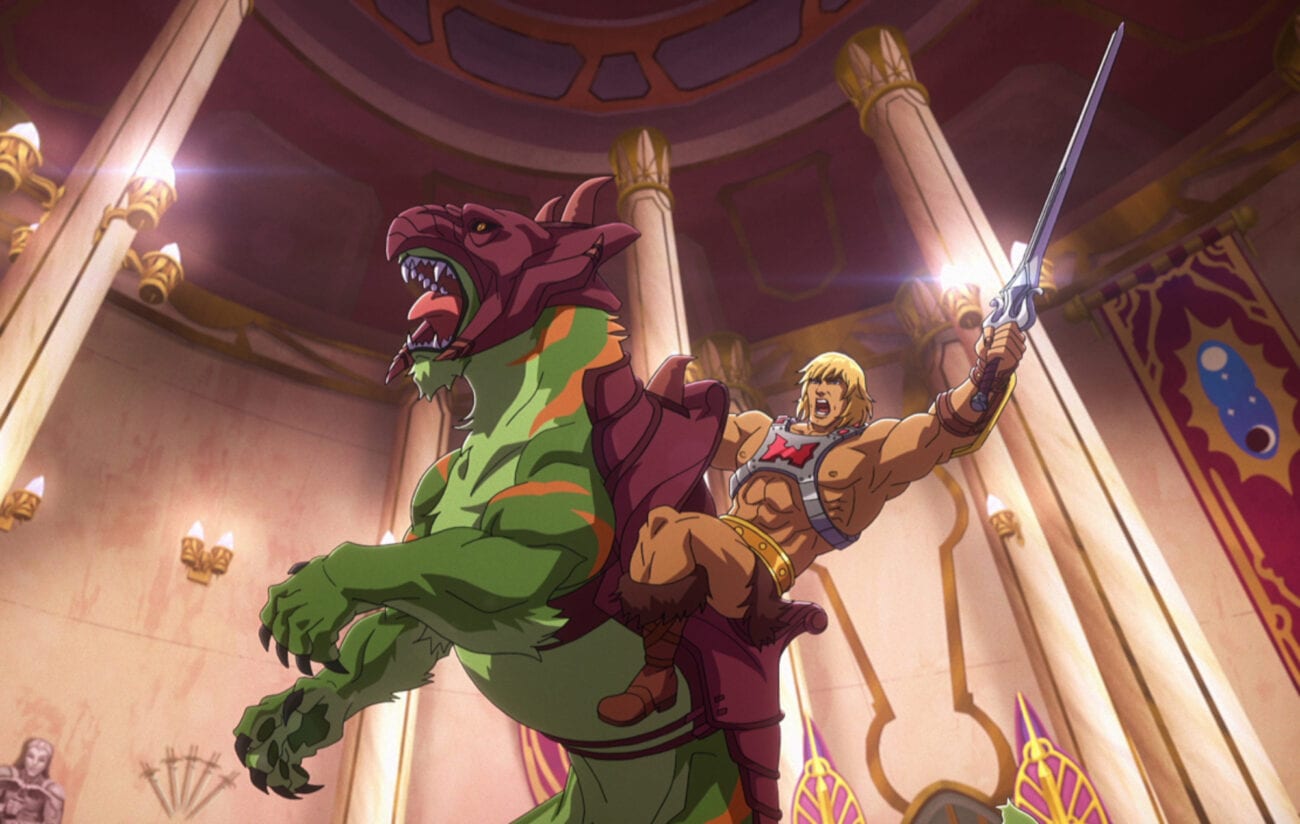 Netflix has officially released its first look at the upcoming reboot of the 1980s animated series, Masters of the Universe: Revelation, which will see the View Askewniverse creator Kevin Smith at the helm. This animated series will hopefully serve as a small reminder to the larger fan base out there just how awesome the Masters of the Universe property is, hopefully inching us closer to a live-action adaptation in the near future.

That being said, this five-episode Masters of the Universe series on Netflix looks incredible and features a stellar voice cast that includes the talents of Game of Thrones’s Lena Headey, Star Wars’ Mark Hamill, Buffy the Vampire Slayer’s Sarah Michelle Gellar, Clueless’s Alicia Silverstone, as well as Kevin Smith’s sidekick Jason Mewes, AKA Jay from Jay and Silent Bob Reboot. But just who is playing He-Man?

It was recently announced that He-Man AKA Prince Adam would be voiced by none other than Chris Wood, known for his character work as Mon-El on the CW’s Supergirl and The Flash.  Chris Woods’ voice should fit perfectly for He-Man, especially when considering pitting him against Mark Hamill’s Skeletor because let’s face it, we all know just how f&^!^@% amazing Mark Hamill is at voice work. Are you excited about MOTU?

“The war for Eternia culminates in Masters of the Universe: Revelation, an innovative and action-packed animated series that picks up where the iconic characters left off decades ago,” reads the official Netflix description. “After a cataclysmic battle between He-Man and Skeletor, Eternia is fractured and the Guardians of Grayskull are scattered.”

It continued: “And after decades of secrets tore them apart, it’s up to Teela to reunite the broken band of heroes and solve the mystery of the missing Sword of Power in a race against time to restore Eternia and prevent the end of the universe.”

Showrunner Kevin Smith offered the following insight to the Hollywood Reporter: “Our show is set up as the next episode in the legacy ‘80s animated series that aired from 1983-1985. This is a continuation of that story. We’re playing with the original mythology and characters, and revisiting and digging deeper into some of the unresolved storylines.” 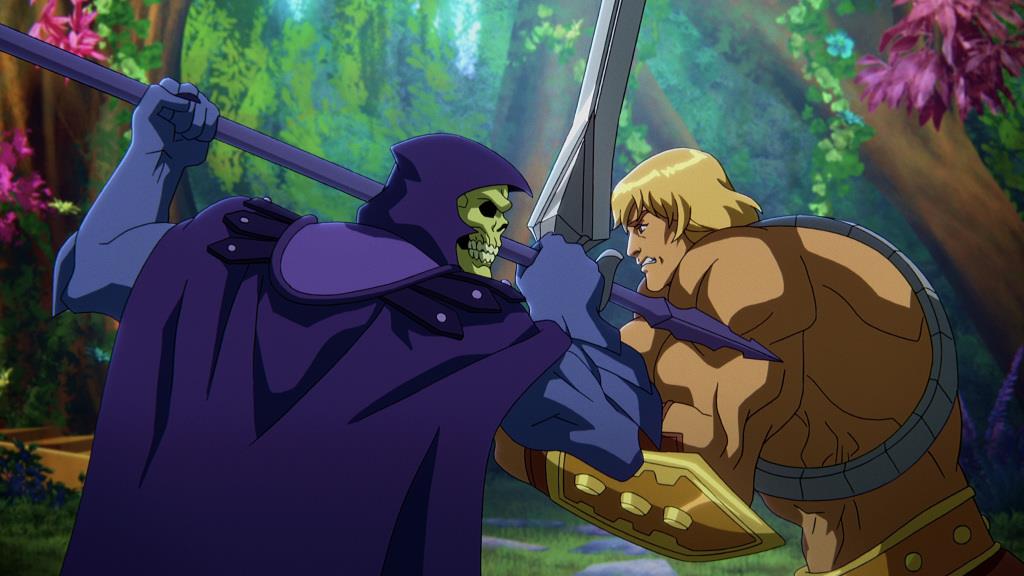 He continued: “It’s a really classic, universal action-adventure epic about growth, discovery, magic and power. This series explores destiny in a fresh way. There’s a lot of reconciling with secrets, betrayal, trust, acceptance, love and ultimately, loss.” The trailer itself looks amazing; that being said, because it is Kevin Smith at the helm, a fanboy of the material as well as a great storyteller, we have all the faith in the world. 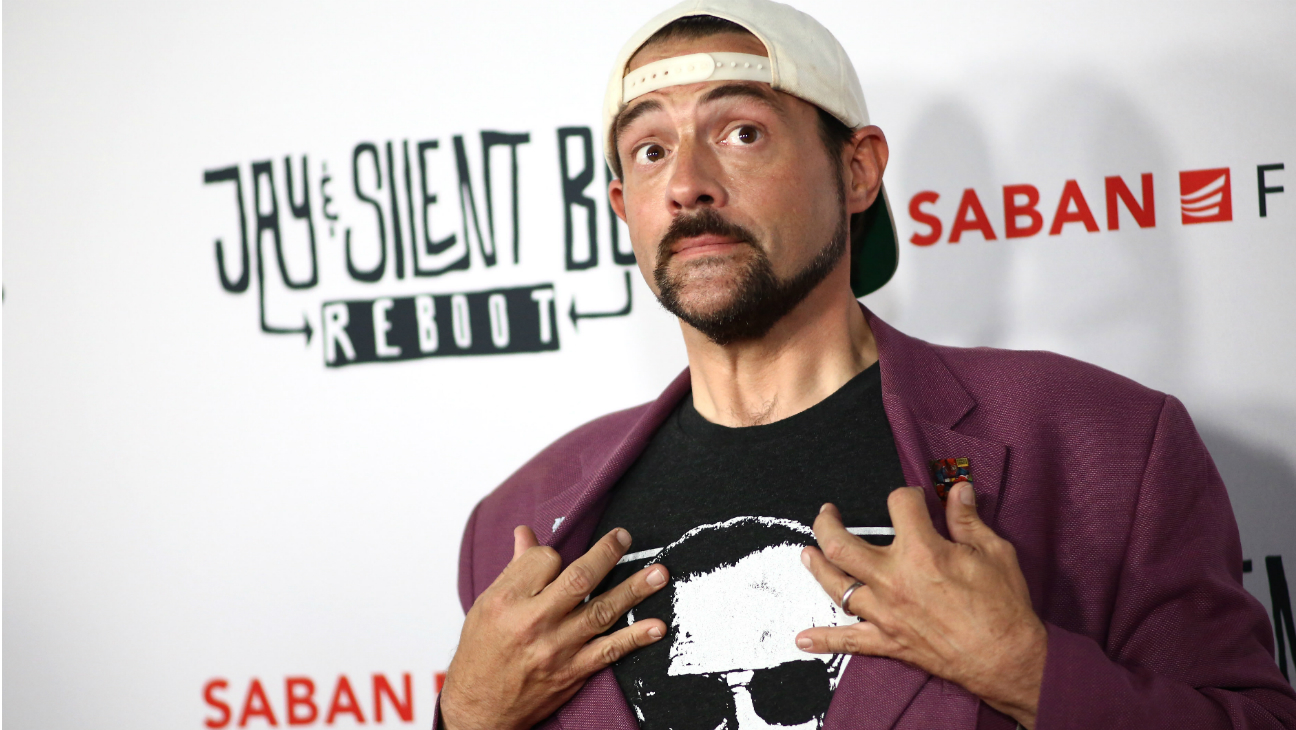 Kevin Smith first found success in Hollywood with his indie film Clerks in the early 1990s, kicking off not only his career as a filmmaker but also his infamous View Askewniverse, connecting subsequent projects together in a similar style as today’s MCU. The films included Clerks, Mallrats, Chasing Amy, Dogma, Jay and Silent Bob Strike Back, Clerks 2, and Jay and Silent Bob reboot.

However, Kevin Smith has also utilized his storytelling talents outside of his own films, having directed multiple episodes of both CW’s The Flash and Supergirl. Kevin Smith has even tried his hand in comics, helping produce a slew of Batman, Spider-Man, and Green Hornet prints. Face it, Kevin Smith is highly connected into what we would consider the geek world, making him a perfect match for Masters of the Universe.

Masters of the Universe: Revelation will be released July 23rd, 2021, and we couldn’t be any more excited to see He-Man and the gang return to our television sets, even if it is once again in animated form. Good luck, Kevin Smith and crew . . . we’re all rooting for you!