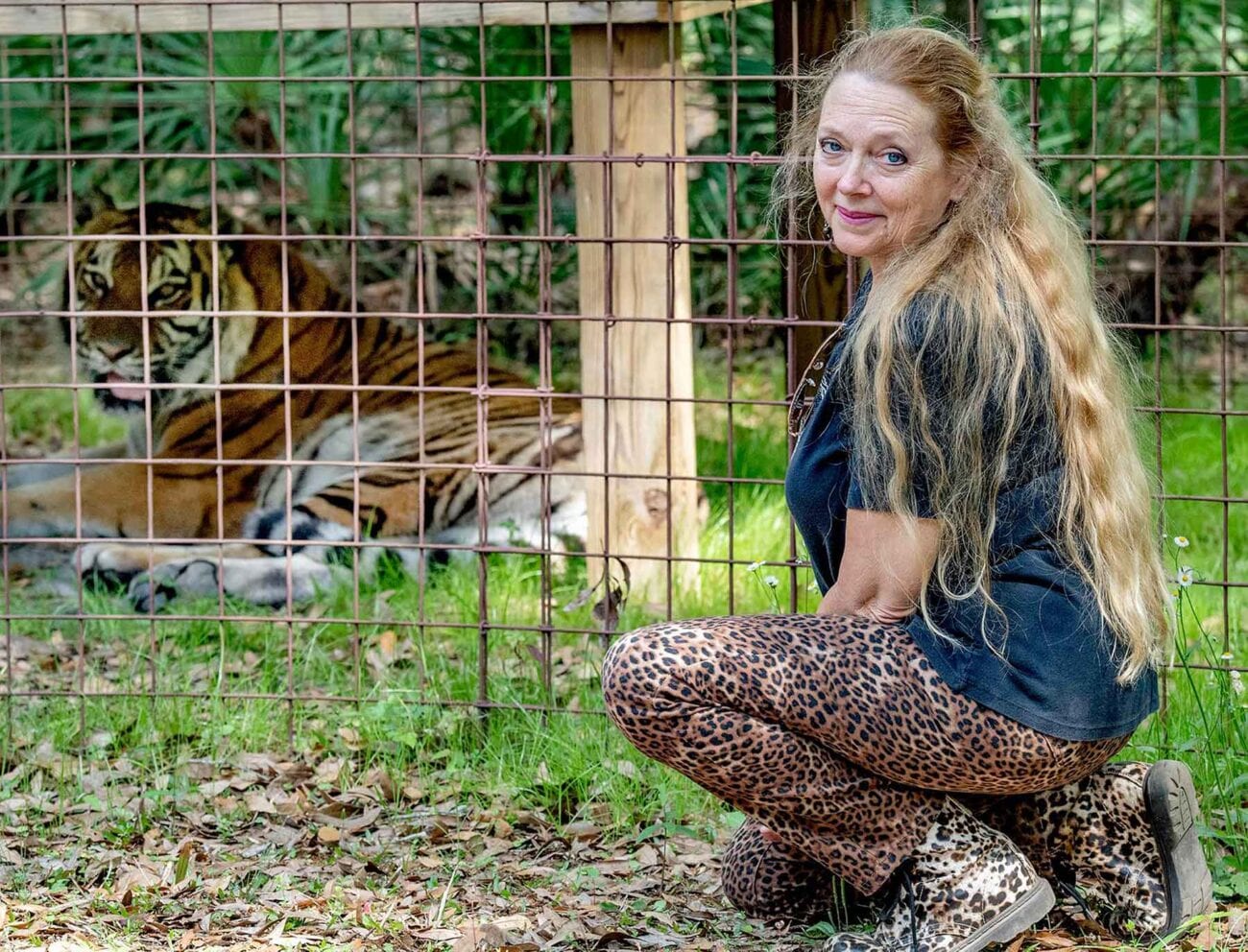 Carole Baskin is a singer now? What to know about her viral songs

Carole Baskin’s back at it again – that is, being simultaneously the most cringey & hilarious person on the internet. Carole took us by surprise when she & her husband Howard Baskin gave us quite the show.

Carole’s time in the limelight has been rough since most of the world is convinced she’s a cold-blooded killer who fed her husband’s body to her beloved tigers. Nowadays Carole is becoming an icon in her own right – we just can’t get enough of her bizarre behavior. Though she’s been the subject of a not-so-flattering viral TikTok trend, now Carole’s the one singing her heart out. 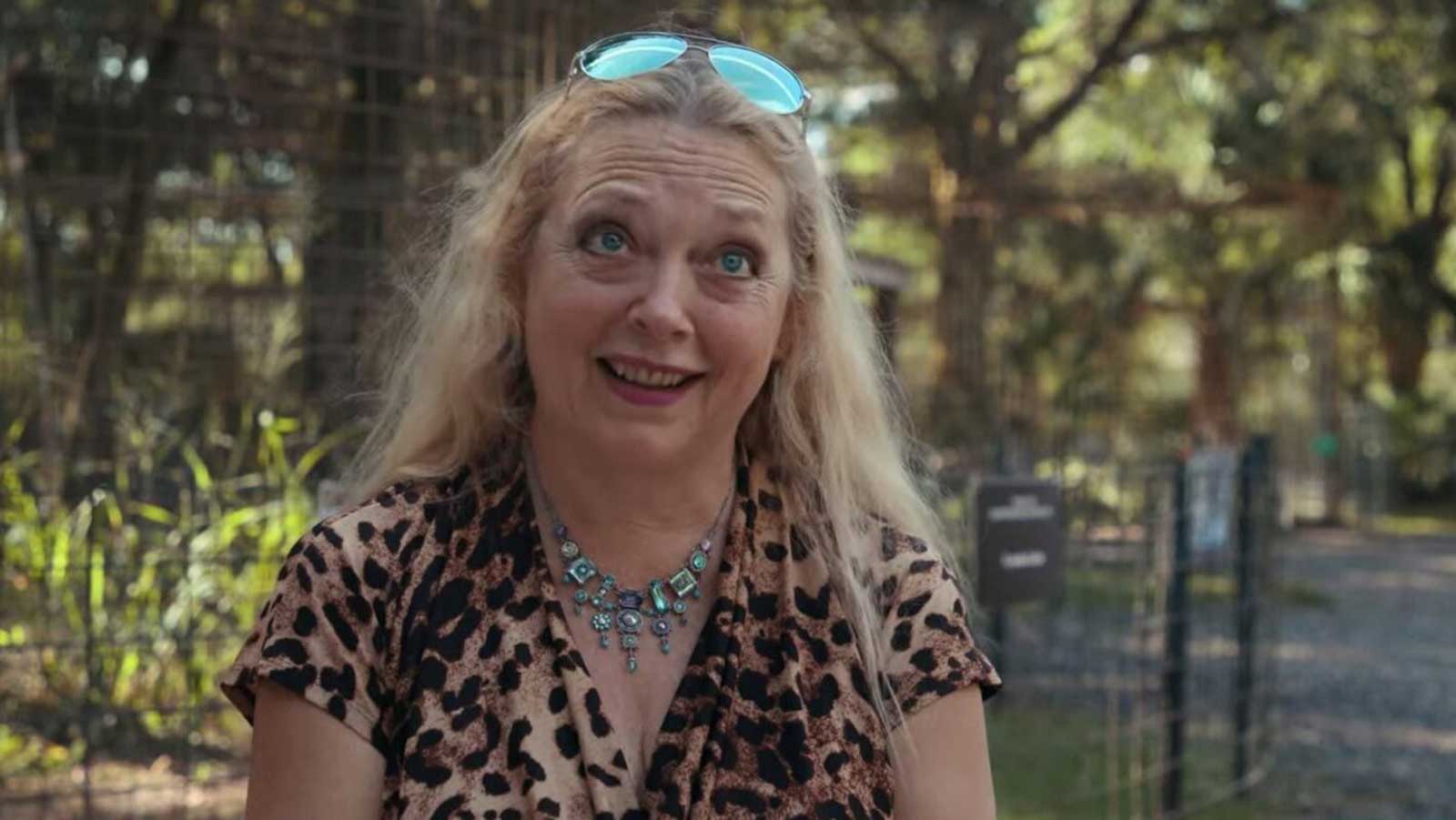 After Tiger King became the hit docuseries of the quarantine season, Carole Baskin was the talk of the internet. She is simply reviled by many as a calculating villainess and from what we saw of her on Tiger King, it was difficult to not believe she had a hand on bumping off her husband and grabbing his fortune for herself.

Carole quickly became a meme and then made it one step higher into internet fame by becoming the butt of a TikTok trend. The trend involved an individual dressing as Joe Exotic and dancing to a remix of Megan Three Stallion’s song “Savage”. 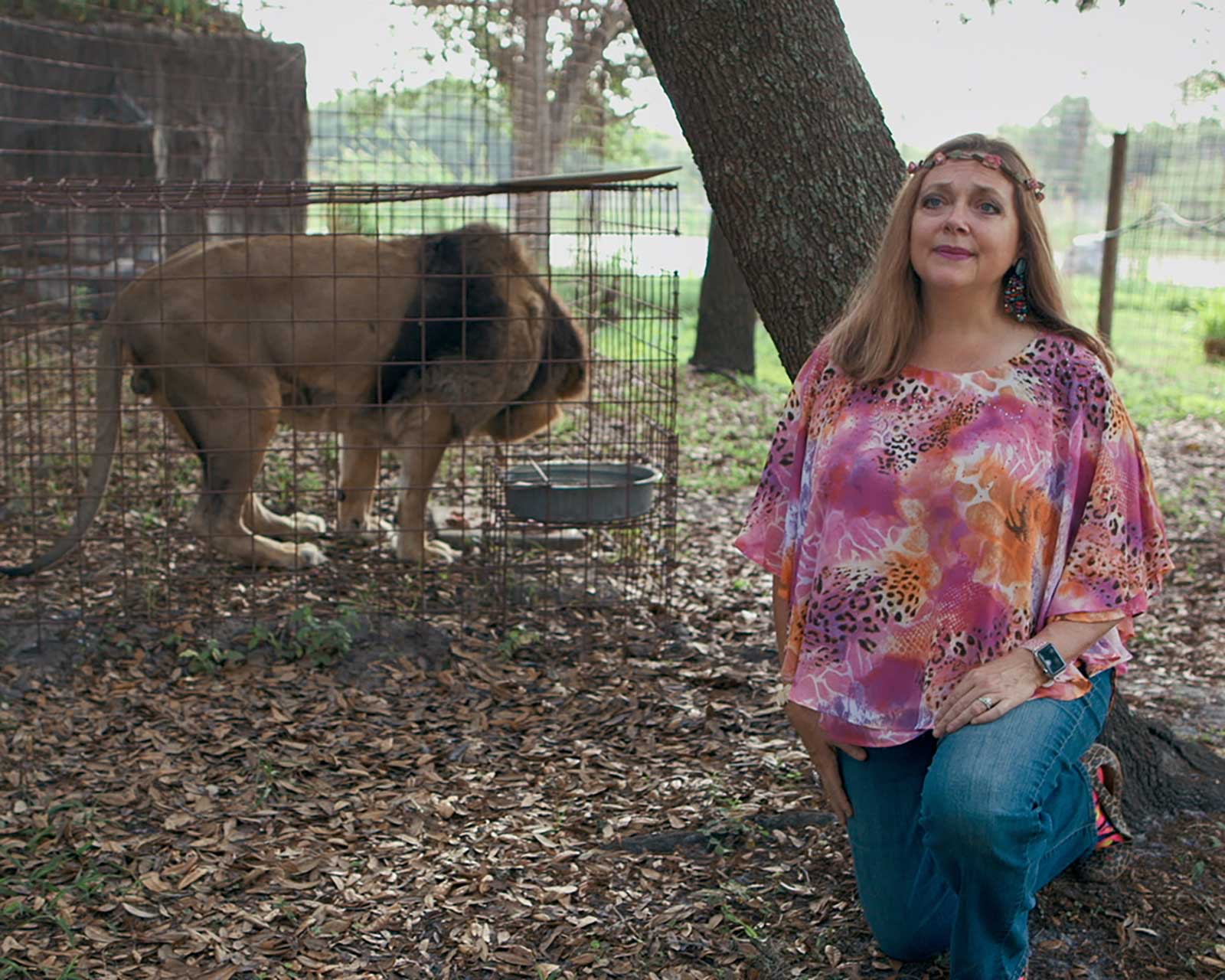 The song is complete with some accusatory lyrics which say, “Carole Baskin. Killed her husband, whacked him. Can’t convince me that it didn’t happen. Fed him to Tigers, they snackin’. What’s happening’. Carole Baskin.”

The TikTok videos also featured people dancing along to the song in their Joe Exotic get-up. The trend was popular in late April through early May, at the height of Tiger King fever. The internet’s unwavering belief that Carole is guilty of killing her husband will be a permanent mark on her legacy. 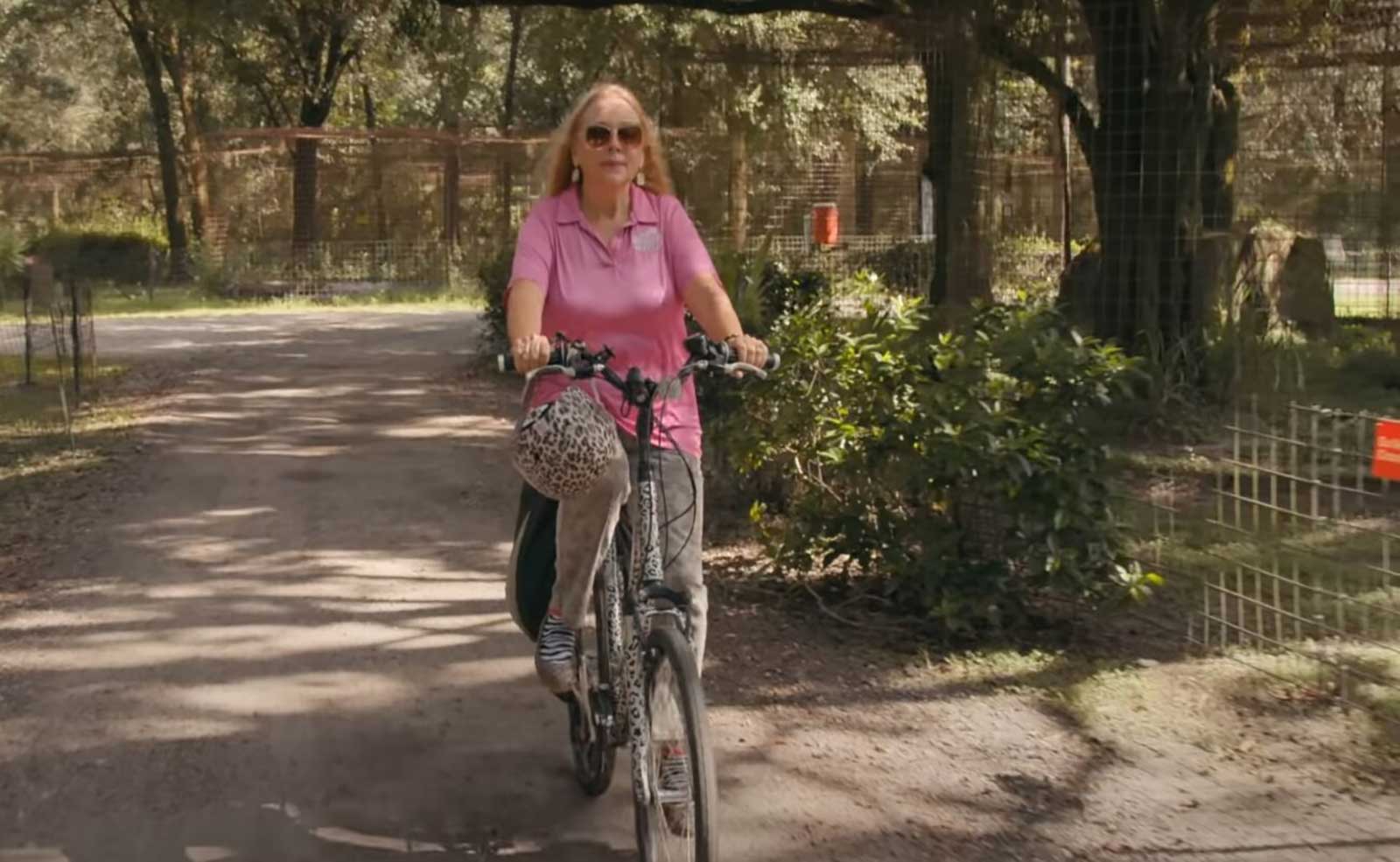 In the last few months Carole has made news several times for some cringe-worthy incidents. First she gets tricked into doing an interview with “Jimmy Fallon”, then she is hoodwinked into wishing “happy birthday” to two high-profile sexual predators, and now she’s singing along to 50 Cent songs.

Carole has been active on Cameo, a site that allows people to pay for personalized clips from their favorite celebrities. It was just earlier in July that Australian comedian Tom Artmstong paid Carole to make a birthday message for Rolf Harris & Jimmy Savile, two infamous entertainers who preyed on underage girls. Carole issued an angry statement insisting she had not known who Harris or Savile were.

The incident hasn’t scared Carole off the platform because the tiger queen and Howard Baskin recently sang a birthday song for a woman named Charlotte. Baskin can be heard in the video, saying, “Hey, all you cool cats and kittens. It’s Carole Baskin and Howard Baskin at Big Cat Rescue. We are here with the crib mates to wish Charlotte a happy birthday.” 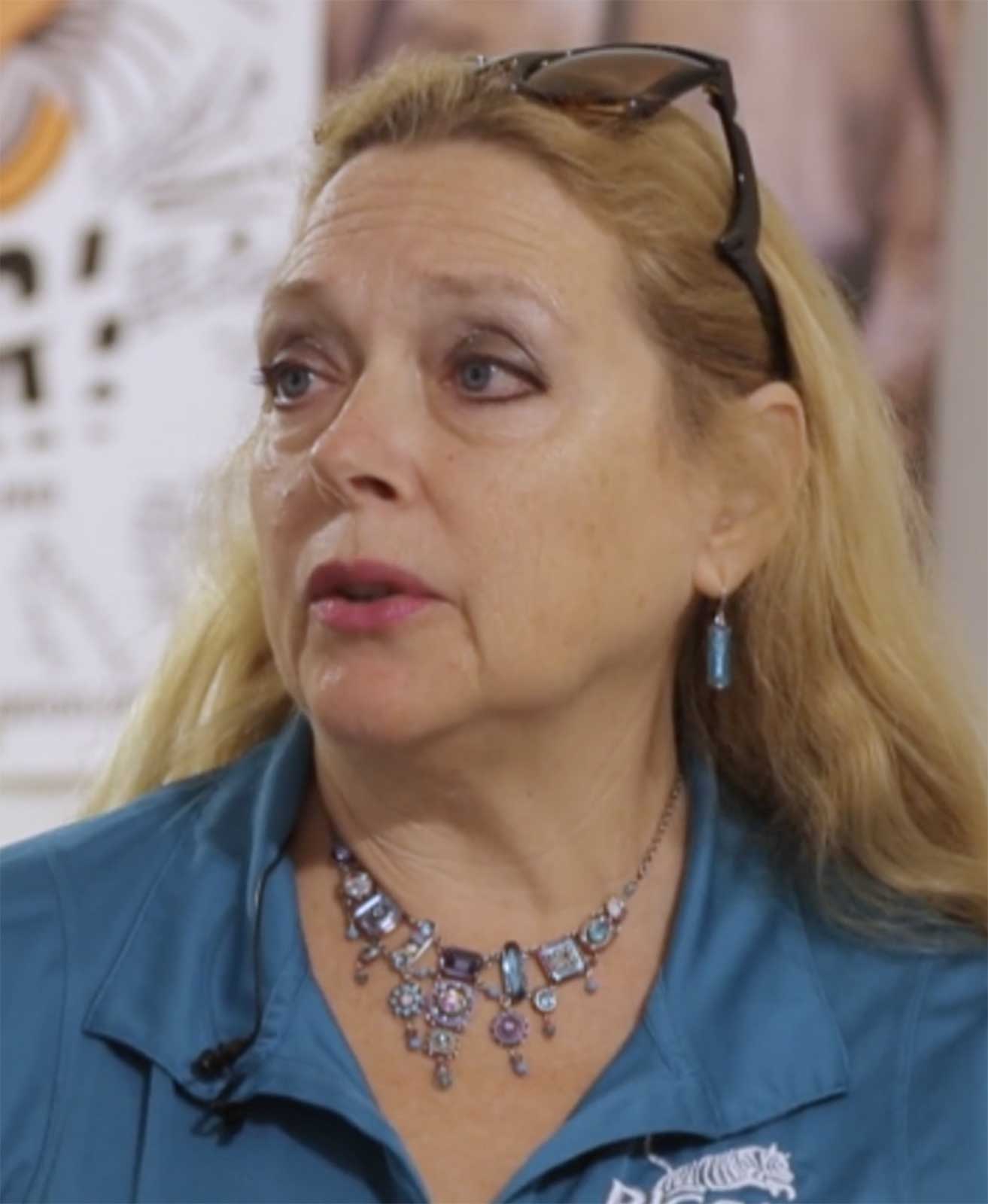 Carole & Howard then launch into 50 Cent’s “In Da Club” with Howard grabbing a bottle of Bacardi and pretending to chug while Carole raps “we gon’ sip Bacardi like it’s your birthday.” Carole & Howard at least look like they’re having fun which could be because they charge almost $300 for every Cameo they film.

The Cameo video caught 50 Cent’s attention and the rapper posted it to his Instagram with the caption: “This song wasn’t music it was magic, it went everywhere in the world then never went away everyday is somebody’s birthday.” 50 Cents followers also enjoyed the Carole Baskin sing-along, including some celebs like Mike Dupod, Nia Long, and Jamie Foxx.