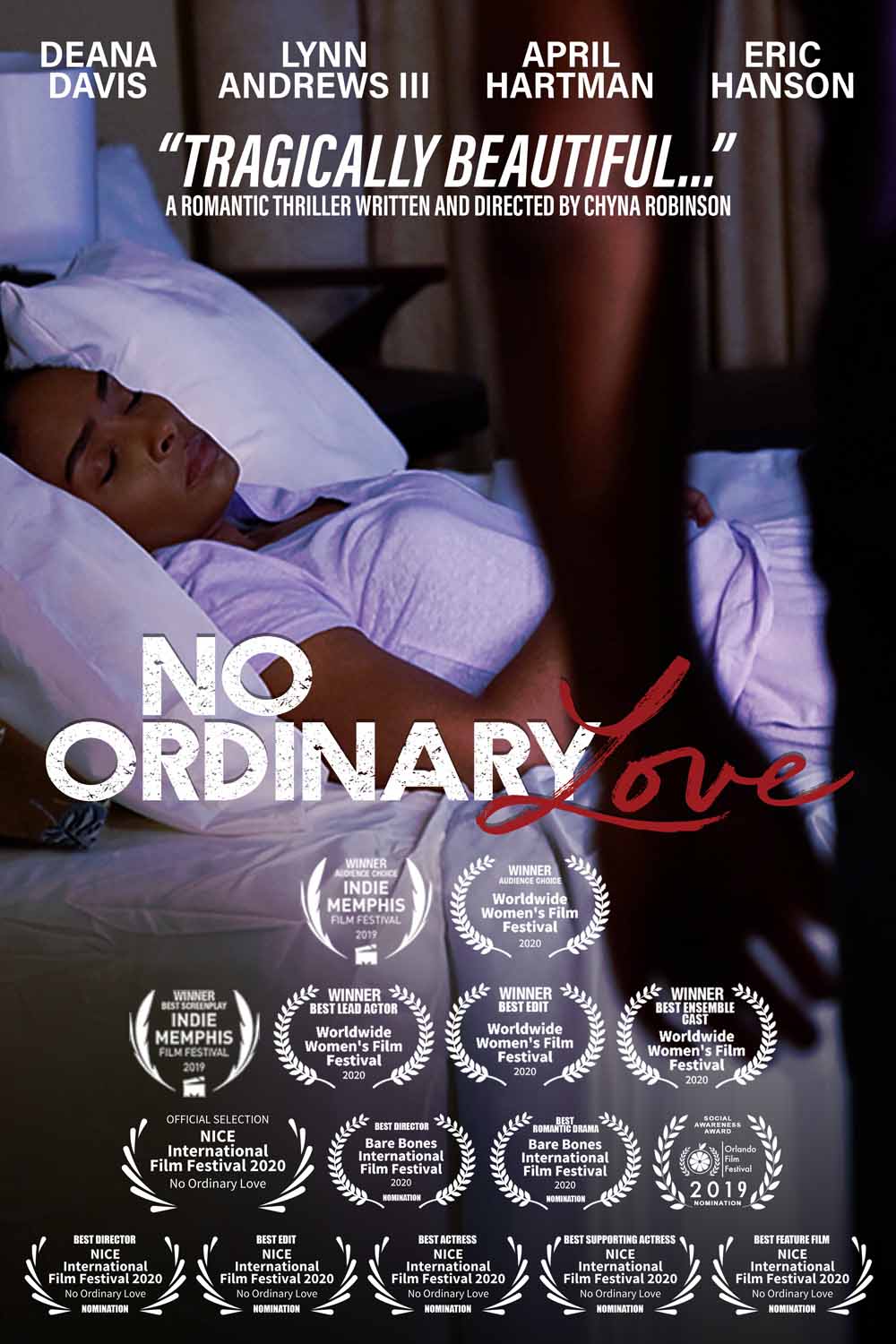 Chyna Robinson on ‘No Ordinary Love’ and filmmaking

Chyna Robinson may have only gotten into filmmaking a few short years ago, but she’s been writing stories for years. Initially getting her start in stage productions, Robinson transitioned to filmmaking in 2017 and has been growing bigger since.

Her latest film No Ordinary Love is a dark thriller looking at what can turn a relationship from happily ever after to abusive. Receiving numerous awards across several festivals, Robinson is making her name loud and clear with her latest film.

We spoke with Robinson about the inspiration behind no Ordinary Love and her filmmaking career so far. 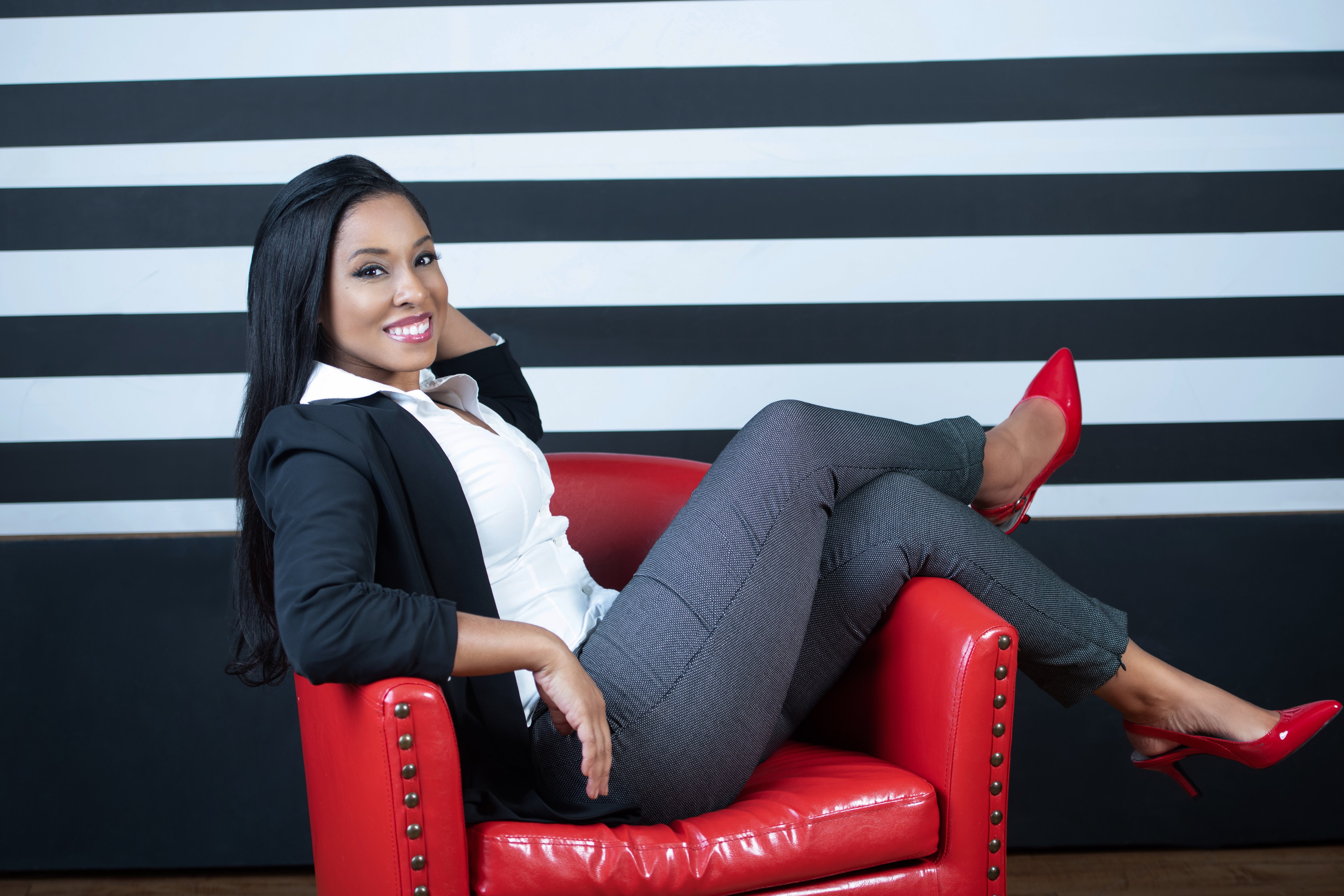 Walk us through your journey into filmmaking. What did you do before becoming a filmmaker?

I actually wrote and directed for stage, for several years before I transitioned to film. Although I went to school for radio/television/film production, I hopped right into theatre after school.

Is there any film or TV show that inspired you to create films?

I knew, from a very young age, that I wanted to create worlds of my own. I watched movies like The Last Dragon, and NeverEnding Story on repeat. I was inspired by the stories, costume, music and the characters. The Golden Child, with Eddie Murphy, was one of the first movies I saw on the big screen.

There was action and special effects, which I thought was magic, and it was both funny and intense. The audience reacted to every scene and I knew then, I HAD to make movies. All of these, and several more, have stayed with me for years, and continue to inspire me to create. 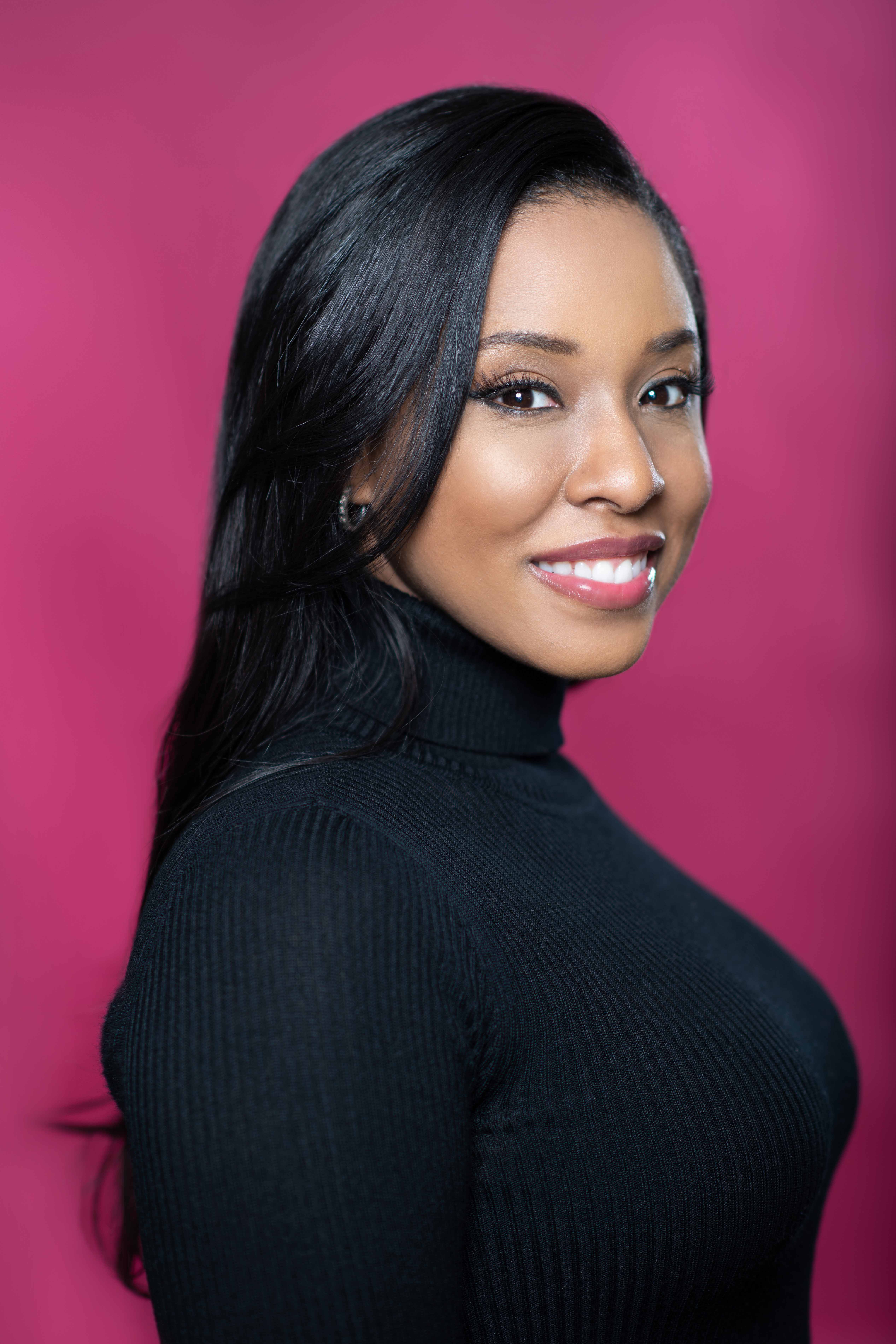 I’m inspired by so many but at the top of my list are Gina Prince-Blythwood and Salli Richardson-Whitfield. Gina has been in the game for over 20 years. She’s proven herself time and again, but still found it hard to get financing for some of her projects. Fast forward to this year, and she’s still making headlines and stronger than ever.

Gina is relentless. Salli, who began as an actress, is brilliant and talented. She tried her hand at directing, and now she is one of the most booked female directors. She saw what she wanted and went after it. Without meeting either of them, I’ve learned so much from both women. I love their spirit and I am a fan of their work and work ethic.

The story usually comes first. Something will inspire me, or I’ll just wake up with a concept. Before I actually start to write, I create the world and characters. With anything I do, there is a research process. That research may be on historical places or events, social issues, culture, any anything in between.

When I decide on my characters, I get to know them. I write bios and I create their “voice.” In pre-production, I decide what the tone of the movie will be, what it will look like and feel like. From there, we hop into pre-production. 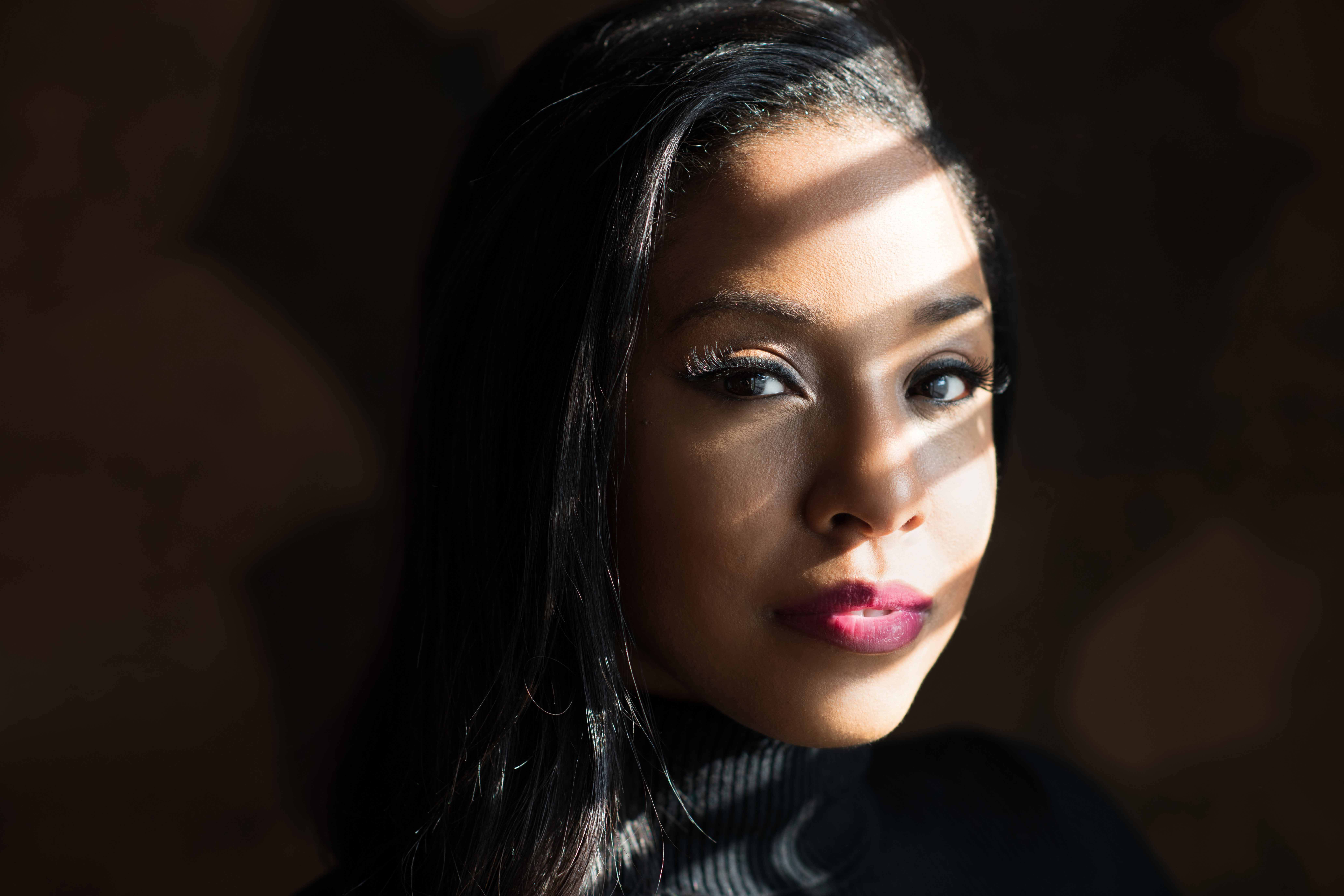 I do. I love the 25th anniversary Phantom of the Opera soundtrack. I listen to that and classical music, but it also depends on what I’m writing. If comedy, I listen to something that makes me move…usually 90s hip hop/rap. If I’m writing drama, I’ll listen to ‘old school’ r&b and country. My playlists have a little of everything on them.

I started out with a mentor. I wasn’t looking for one. He saw something in me and we started talking about what I wanted to do. He is a film producer, and he took me under his wing. That was actually how I got to my first movie set.

I think mentors are great, but I wouldn’t recommend going around and asking people to mentor you. You won’t get one sitting in the corner of a room, but when you make yourself available, they’ll see you. And if they’re moved to mentor you, they will start that conversation. 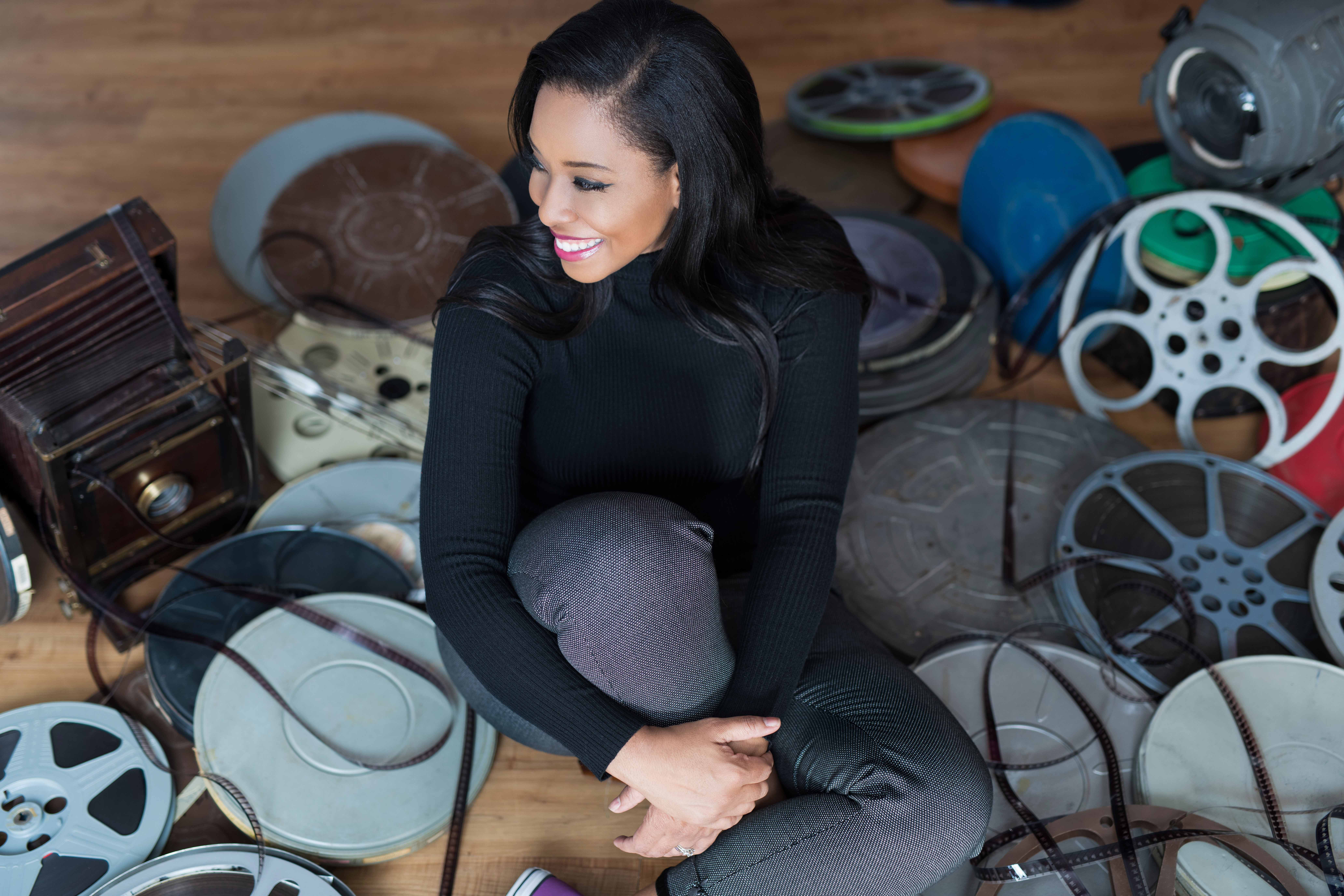 Jonny Cruz’ Small Timers was my first experience on a movie set. I put my hands on almost everything. I helped with lights, slate, pa work, and so many other things. My mentor suggested I figure out how everything works. He said it would set me up to run my own set. He was right.

Is there a part of the filmmaking process you prefer to the rest?

I love it all. I enjoy creating characters, and I love seeing actors breathe life into those characters. Pre-production gives me a rush because that’s the first time you see the script start to take shape in a real way.

The team is starts to collaborate and that’s a beautiful part of the process. Production is intoxicating. There are so many moving parts and, as a director, I have my hands in all of it. I love it. Post is tedious, but fascinating to see your work come together into this really cohesive story. So, as I said before…I love it all. 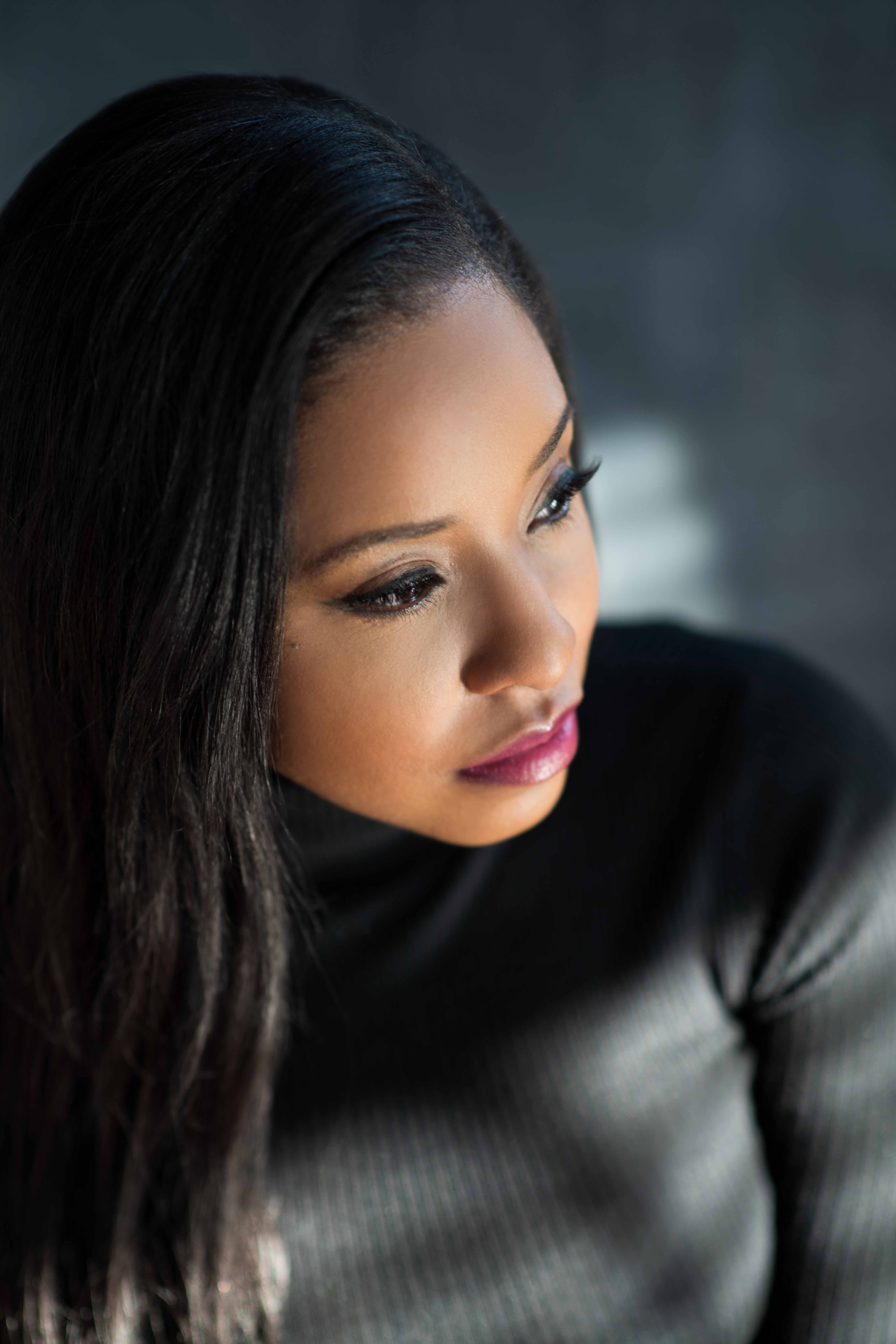 I have yet to make a film with a studio so, by definition, I am, absolutely, an independent filmmaker. In time, I do see myself moving into a different space where I am working with studios.

You only started your career just a few short years ago in 2017. How did you get to where you are today so quickly?

I started my career in film a few years ago, but as I said before, I wrote and directed professionally for the stage for several years. Truth be told, I’m still taking baby steps in film. I have a couple of projects under me, but I have a long way to go. I have an amazing tribe and they’re all a big part of getting to where we are, and we will continue to work together to make great films. 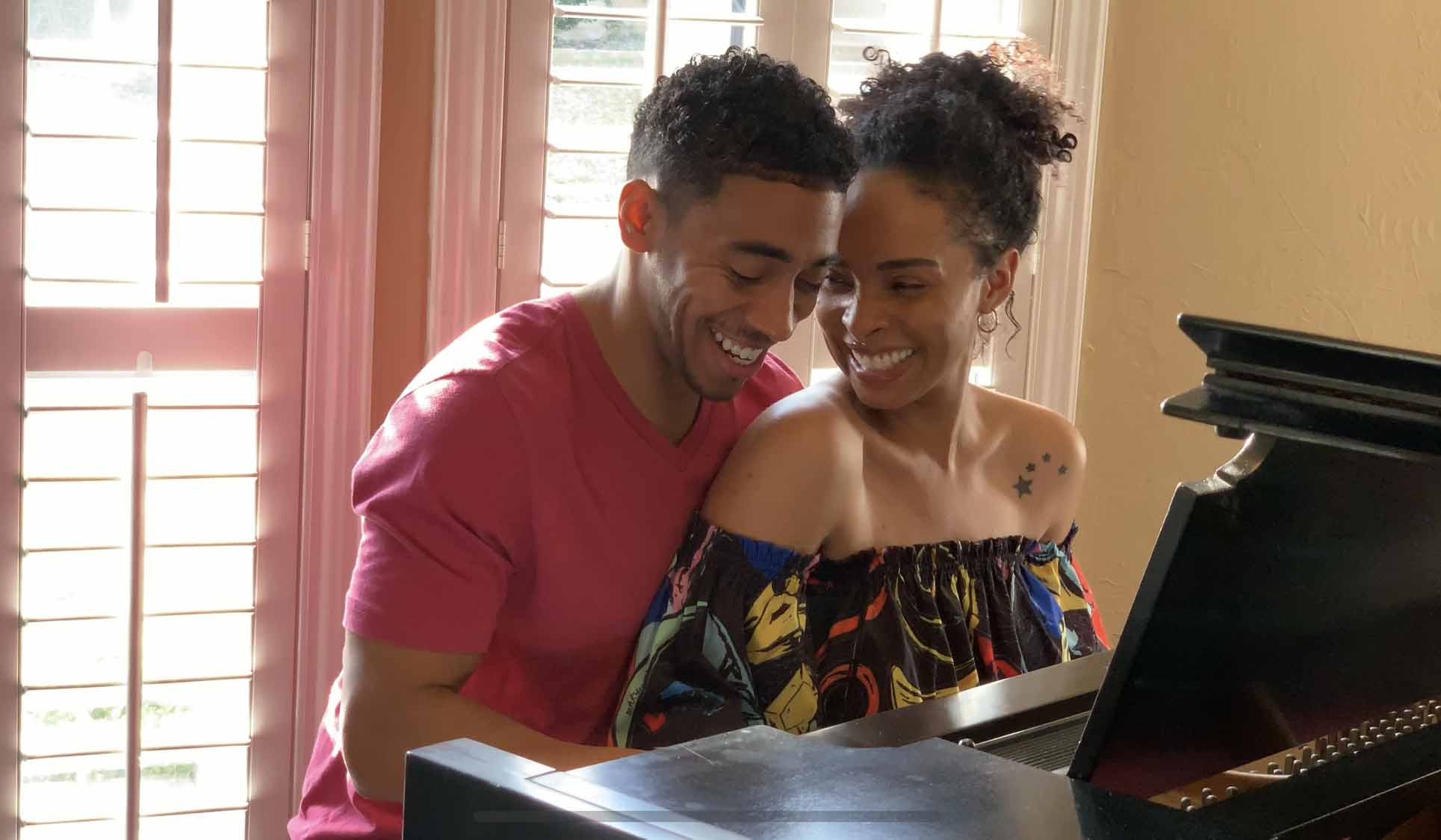 What inspired you to create No Ordinary Love?

I’d decided to make this movie two months before I actually started writing. The story that I ended up writing was inspired by the research that I did for the film. I spoke with 23 amazing women and their bravery inspired me to create No Ordinary Love.

What was your experience like making No Ordinary Love?

The research process was heavy for this film, but I loved writing it. I created likable traits and nuances in each of the characters that made them complex. When I stepped on set, it was magic. All of the crew worked well together and genuine relationships were formed. Everyone trusted each other.

We made sure to take brain breaks when needed, and there were plenty of snacks to keep us moving, lol. The cast was perfect. They were professional, and they are also good people. I enjoyed being around them. Our EP was on set as well, which is not common, and she was a huge support, and great friend to me.

I started my research in March and we wrapped by the first week in November. Everything moved very quickly. We called in a lot of favors, which is certainly needed working with a smaller budget. We believed in this project and we got other people to believe in it also, and that made for a fairly smooth experience. 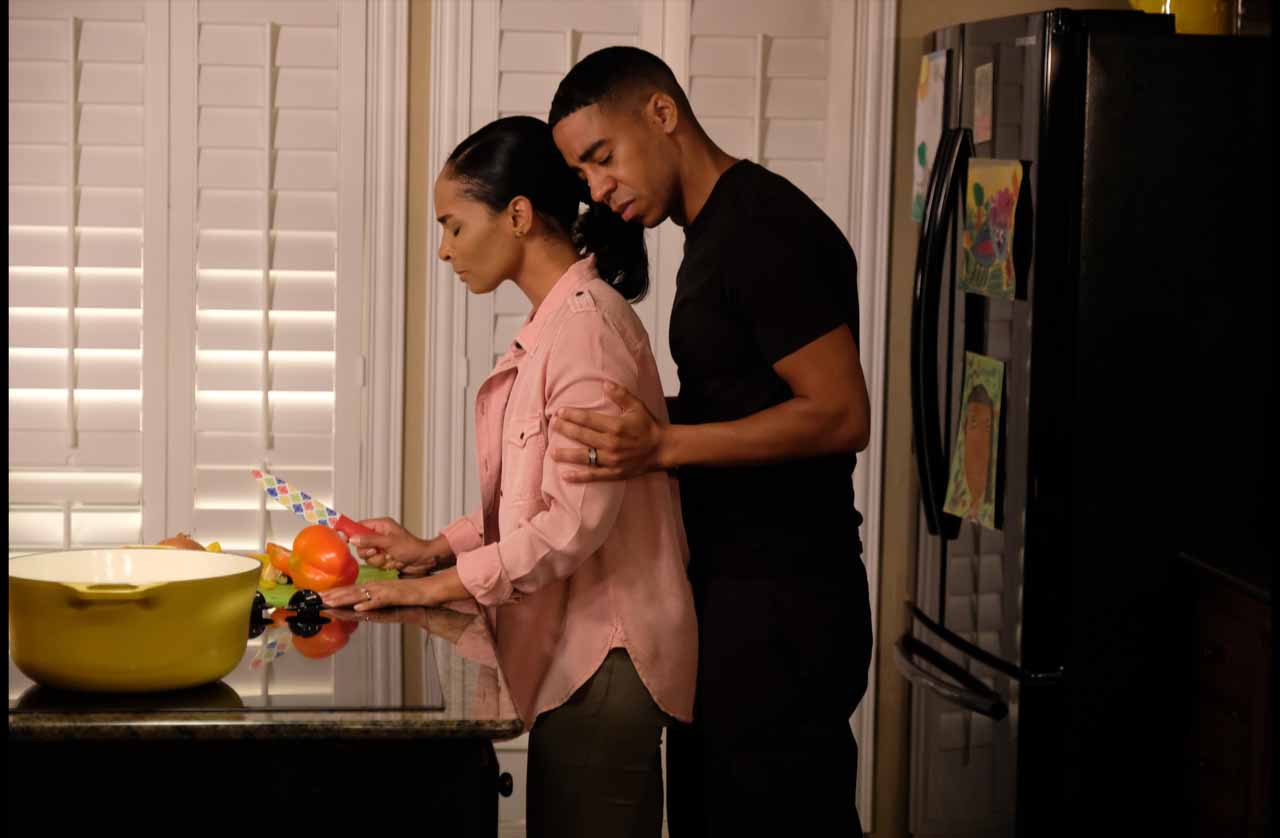 While on set, you tend to wear multiple hats. How do you manage juggling so many different roles?

I drink lots of coffee. Lol. Seriously though, I love what I do. Working on indie films, you just don’t have the budget to wear one hat. You can’t wear them all, either. I’ve been very lucky to have people around me that care about me and believe in the work. They make it a lot easier because they are also wearing multiple hats. We’re all juggling together. It’s not for the faint at heart, but there is nothing I’d rather do.

Within five years, I see more features, shorts, and I’d also like to get into episodic writing and directing. I’ve taken the time we’ve had this year in quarantine to write, so I’m excited to get started on these new projects.

Absolutely. I’d love to get into episodic television soon. There are a few shows I’d love to direct, and some I’d like to write for. I’ve also been writing a sitcom, so we will see where that goes.

That’s a hard question. I don’t know if I have a good answer since I am fairly young, and really just getting started. I don’t know what my life will become. Hopefully it won’t turn into a Tarantino film. 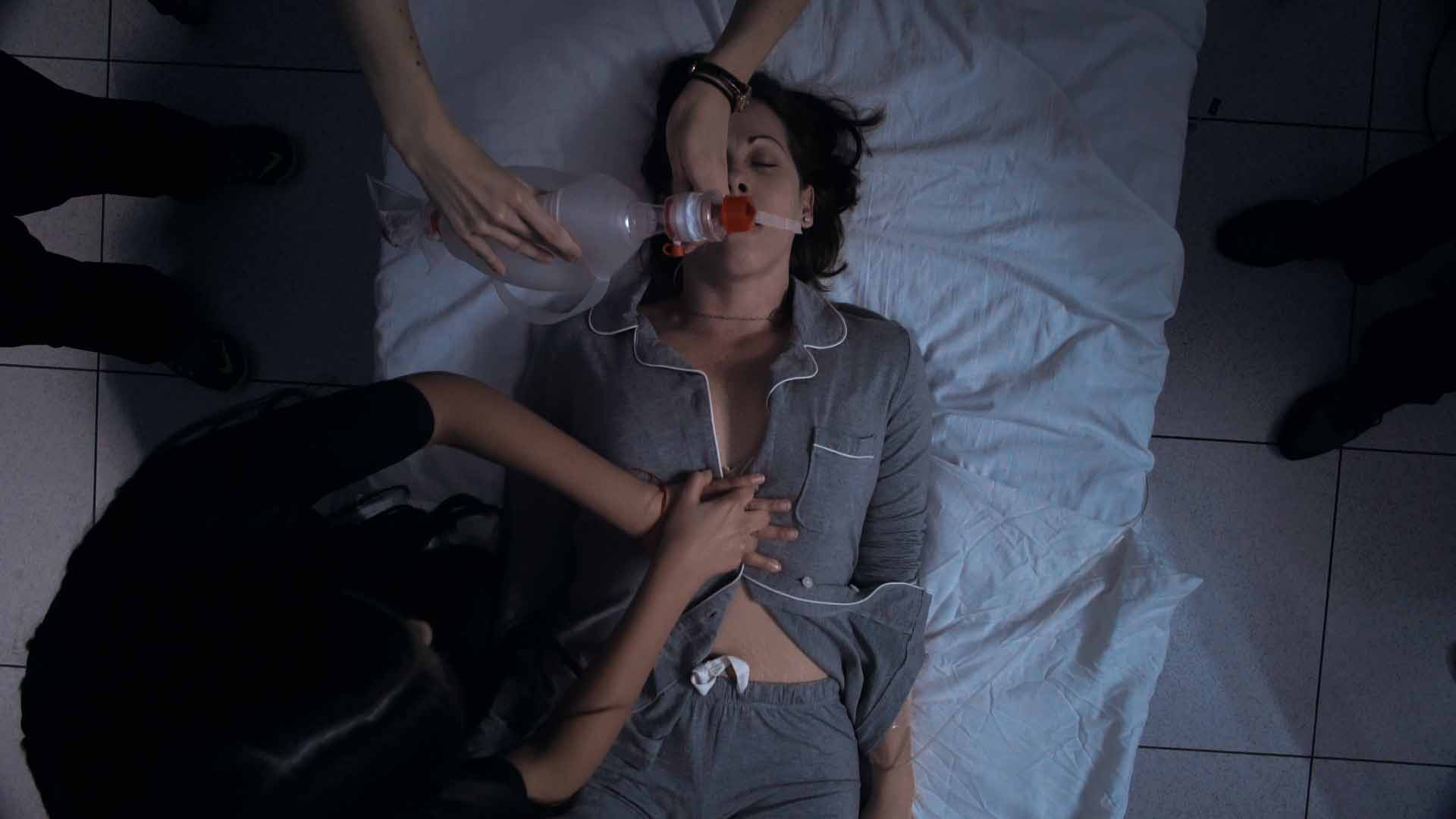 Lin-Manuel Miranda. Whatever my life becomes, I’m confident his music would make it ten times better.

As soon as the country gets a good handle on COVID, I plan to hop right into production on one of the projects I’ve been working on this year. It may be shooting a pilot for the sitcom, it may be hopping into heavy pre-production for the Sci-fi Fantasy I’ve been writing. I’ll definitely have at least one project shot by the end of the year.

What has been your biggest success and failure in life so far?

If we are talking film only, my biggest success was finishing my first short. So many people have great ideas but they never finish them. Finishing is success, and the accolades come next.

I honestly can’t name a big failure. I’ve made mistakes, but even if something doesn’t come out as planned, I take it as a learning experience.