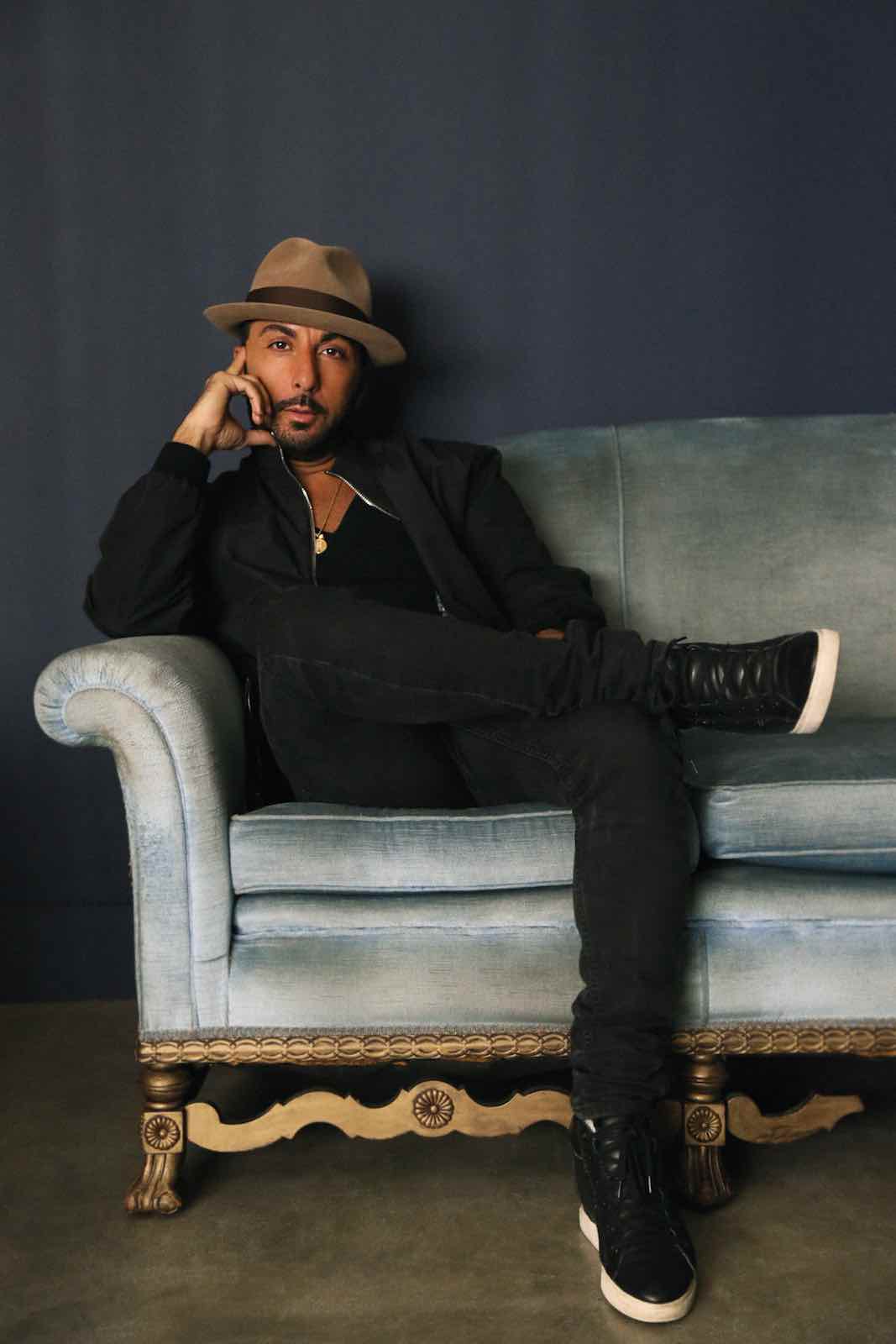 Danny A on ‘The Irishman’, acting, and the director’s chair

Abeckaser continued momentum, writing and coproducing the film Club Life, loosely based on his own experiences as a New York nightclub power player. With several successful films under his belt, Danny was given the opportunity to work alongside the legendary Martin Scorsese on The Wolf of Wall Street. 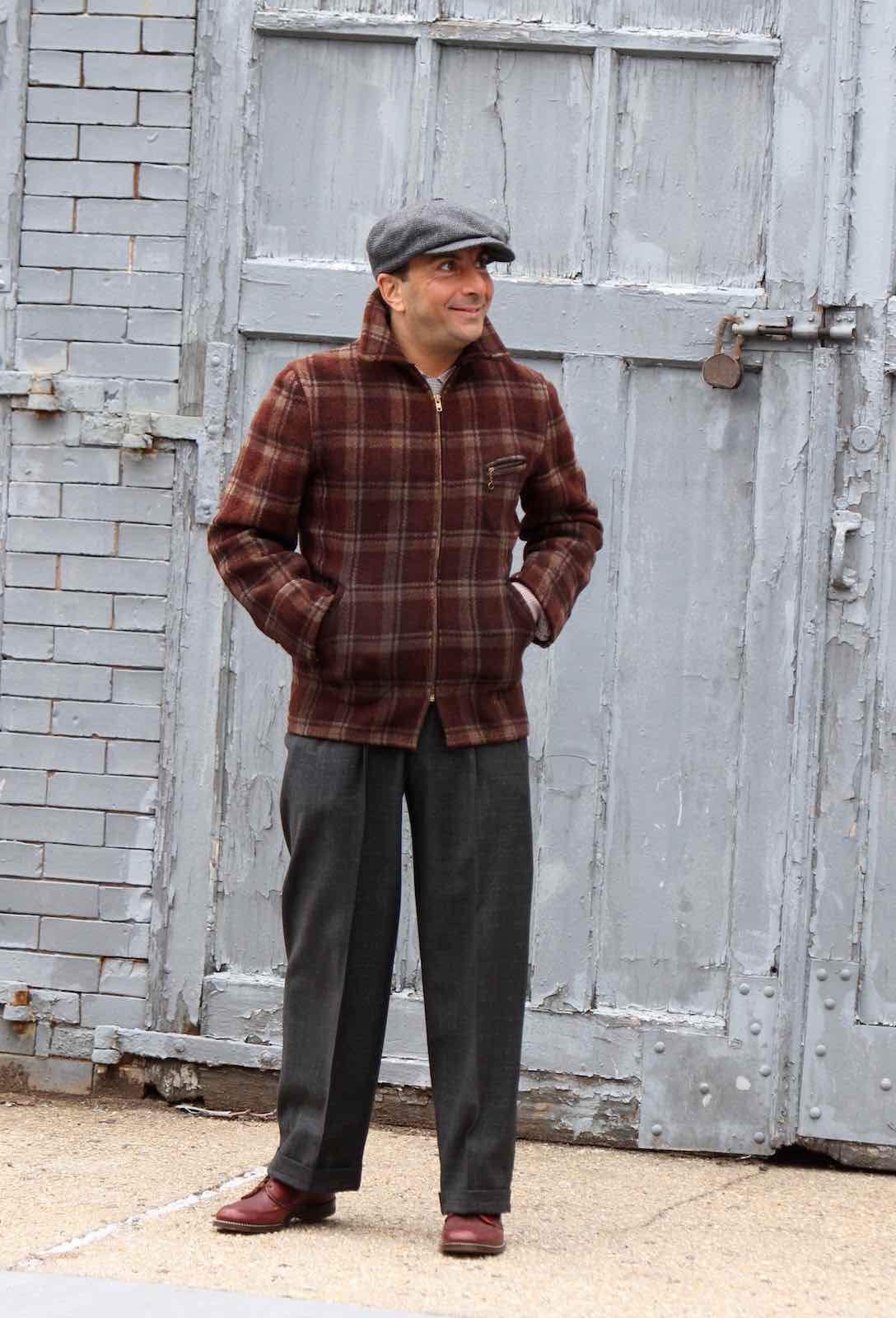 First We Take Brooklyn showcases the dark life faced by the lead character upon return to his hometown of Brooklyn and following an intense Israeli prison stint. First We Take Brooklyn premiered in NYC and LA, followed by national distribution via Sony Home Box Office in May 2018. It had much success for an indie in theaters, with an extended theatre run.

In 2018, as a producer Abeckaser brought the story of Robert Davi to screens. Davi’s Way documents Robert Davi’s attempts to recreate Frank Sinatra’s The Main Event concert that took place at Madison Square Garden in 1974.

Danny A’s next feature film, Mob Town, stars Abeckaser alongside David Arquette, Jennifer Esposito, PJ Byrne, Robert Davi, and Jamie-Lynn Sigler and will be released in December 2019. A small but pivotal role in The Irishman, the much anticipated Scorsese film debuting in October 2019, rounds out his work for others’ projects this year.

Apart from acting, Abeckaser runs both 2BFilms and 2BProductions, which have produced nine films to date. Film highlights include the documentaries Davi’s Way (starring Robert Davi), The Last Shaman, First We Take Brooklyn, Mob Town, The Curse of Sleeping Beauty, The Experimenter, and more.

We were hyped to get to speak to Danny A about his life in the movies.

FD: The Irishman is one of the most anticipated movies in recent years. What was it like working with such a storied team?

Danny A: That was one of the greatest experiences of my life. I have two key scenes with Robert De Niro where we mostly improvised and acted on site under Scorsese’s direction. I’m so excited to see the finished product. It was incredible to shoot with De Niro.

What’s it like to be a frequent collaborator with Martin Scorsese? What have you learned from him?

I’ve worked with Marty three times now, but the first two roles were very minor. This one is exciting, and a huge honor for me. He really is the best out there.

The Iceman and Holy Rollers were very well received. What were your experiences working on both of these movies?

Holy Rollers was my first movie. I produced, acted, and did everything to make it happen. That’s my baby. Iceman was cool (oh really, Danny? —Ed.) and a great experience as well. Very happy with the film. Michael Shannon is amazing and was a pleasure to work with. 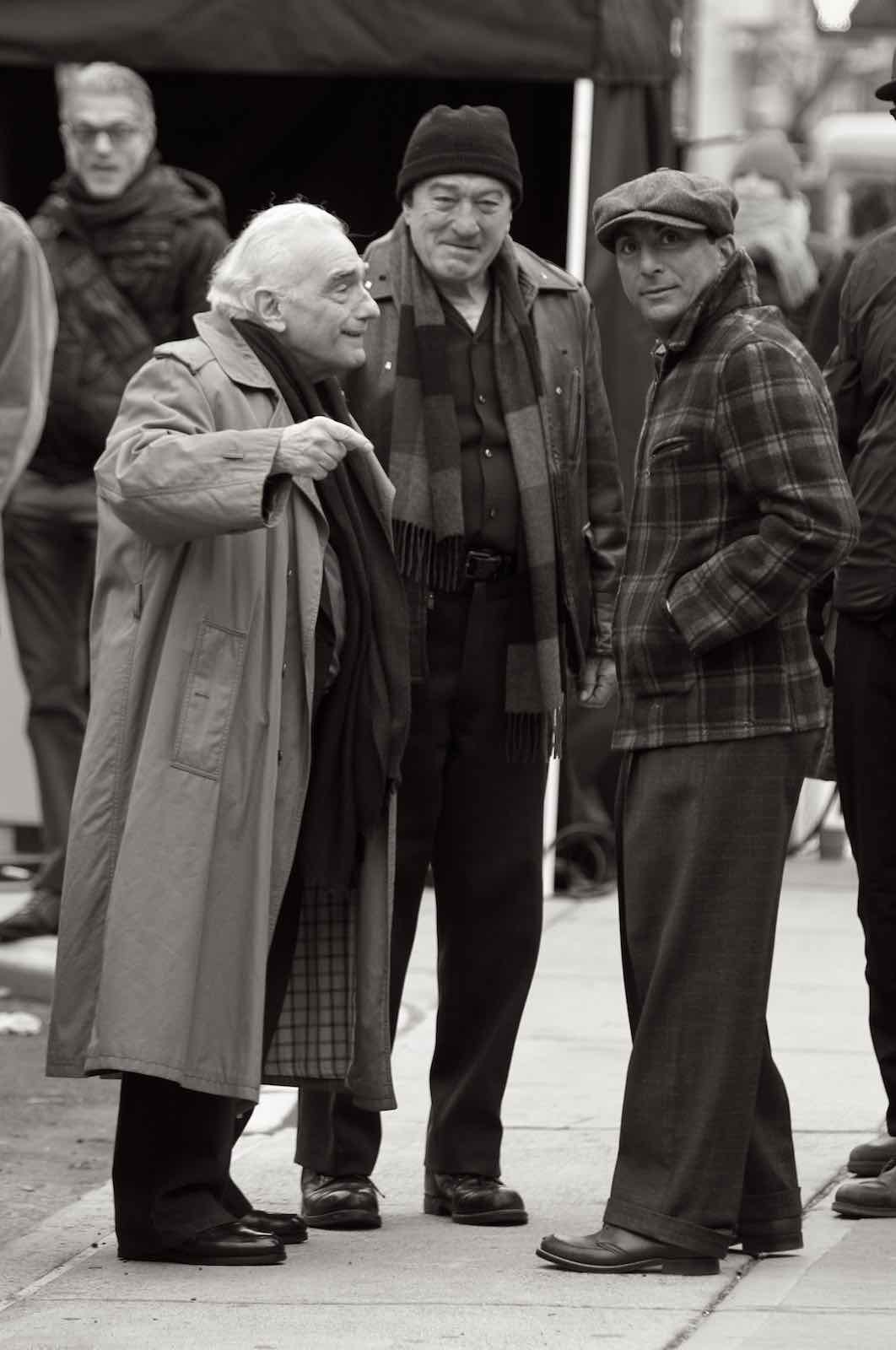 Club Life is said to be autobiographical. How did your experiences in the club scene affect your movie career?

Club Life is loosely based on some of my life experiences in New York City. Those were some fun times for sure. I certainly used the club experiences to create an accurate film, and the hustle of nightlife was definitely a learning tool for the film and entertainment industry.

Tell us about Wolf of Wall Street. How did that come about?

I auditioned and was fortunate enough to be cast in one small scene of Wolf of Wall Street. I really love that movie. It was such an awesome filming experience and fun movie to make.

What inspired you to move into directing?

Honestly, I started directing myself only because I couldn’t find a director that really understood the movie I wanted to make – so I stepped in. I love it now. It has become a true passion of mine. I’m about to start my third directorial feature project.

Tell us about Mob Town, where did the concept come from?

I’d heard about the story for years, so I was determined to make it. I was shocked it had never been done. I was just fascinated by the story of this big mob meeting in the small town of Apalachin, NY. 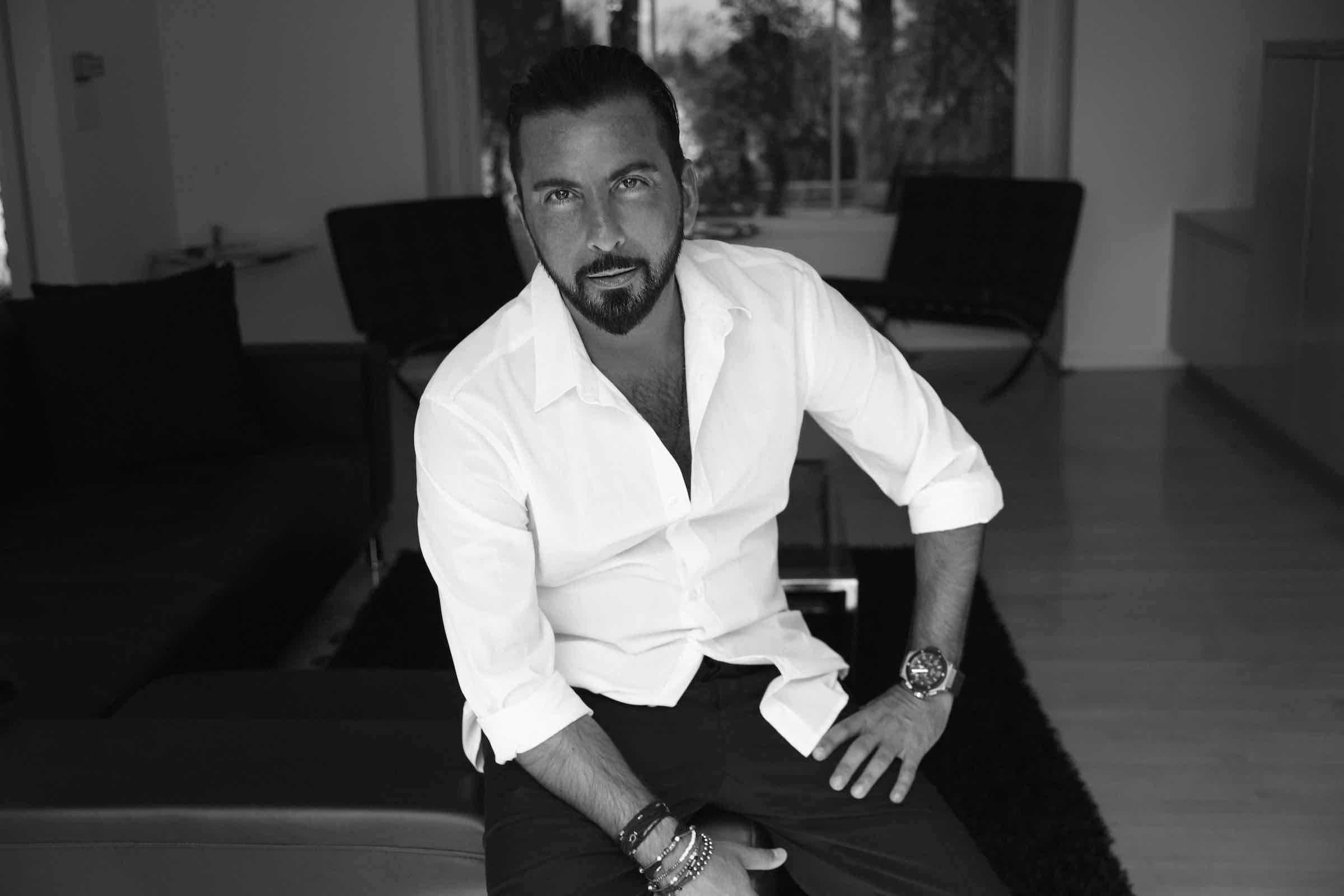 You assembled a great cast for Mob Town. How did those partnerships come about?

I cast the movie with friends. I called every one of them personally and asked them to do it. It came together as an incredible cast group and had great camaraderie on set with so many familiar faces.

When did you begin production on Mob Town?

We shot it Mob Town in September 2018 in Apalachin NY, with post- and pre-production in New York City.

How was your life outside the movie industry? How have your experiences informed your filmmaking career?

I always loved movies and telling stories to my friends. I’ve been fortunate enough to be around some amazing people, so I like to use life experiences. Everyone always loves my stories and I love to see the reactions.

Tell us about your creative process. How do you work best?

I work best when I prepare in advance and lay out my plan. Then in the moment when I’m under pressure, I thrive.

Why do you want to share the Mob Town story with the world?

I feel like many people are aware of this historic meeting – but don’t know all the facts. It’s such an interesting and captivating story, especially if you love that type of history and are a fan of mob films. 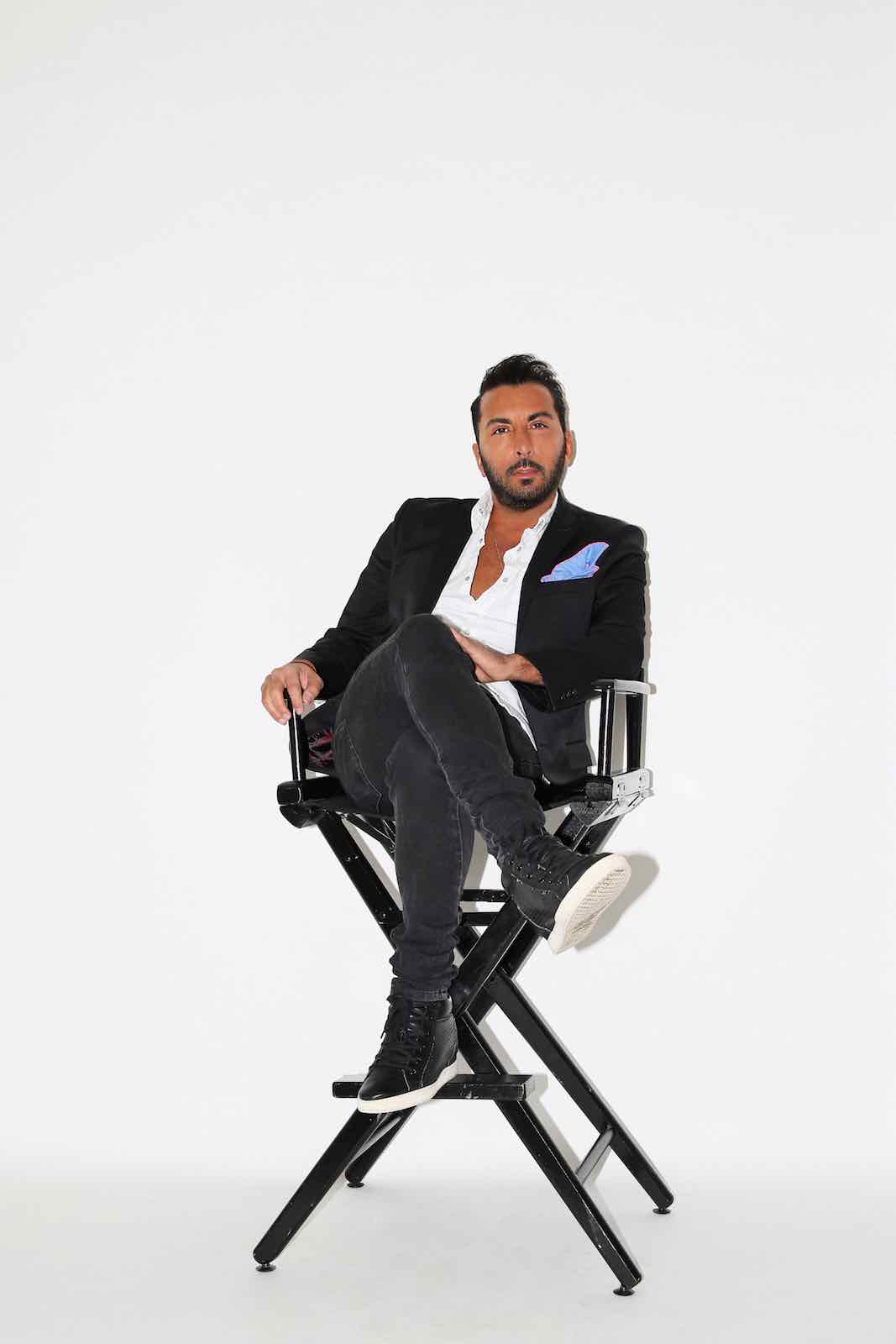 What filmmakers are you excited about?

I love all filmmakers, but Scorsese is my favorite.

My next project is called Blackjack. It’s about Jackie Ryan, a notable and very skilled street basketball player in New York City in the 90s. I’m very excited to get this going.

Be yourself – and don’t be afraid to take risks. Stay true to who you are. Follow your gut.

How do you think streaming has changed the motion picture industry?

I think streaming is awesome. More people get to see your best work. It is an amazing way for everyone to access a film.

What are your hopes for the next year in cinema?

I hope The Irishman wins Best Picture at the Oscars.

Are you keen to get back in the director’s chair soon?

I’m going to direct my fourth directorial project, Blackjack, very soon. I really love directing and getting to tell the story I want to tell. I love putting all the pieces together, the process and the final result. 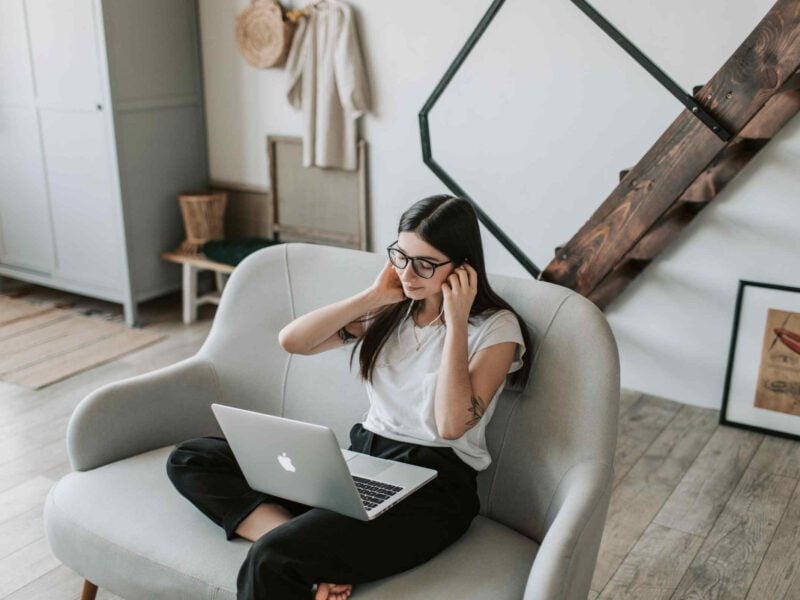