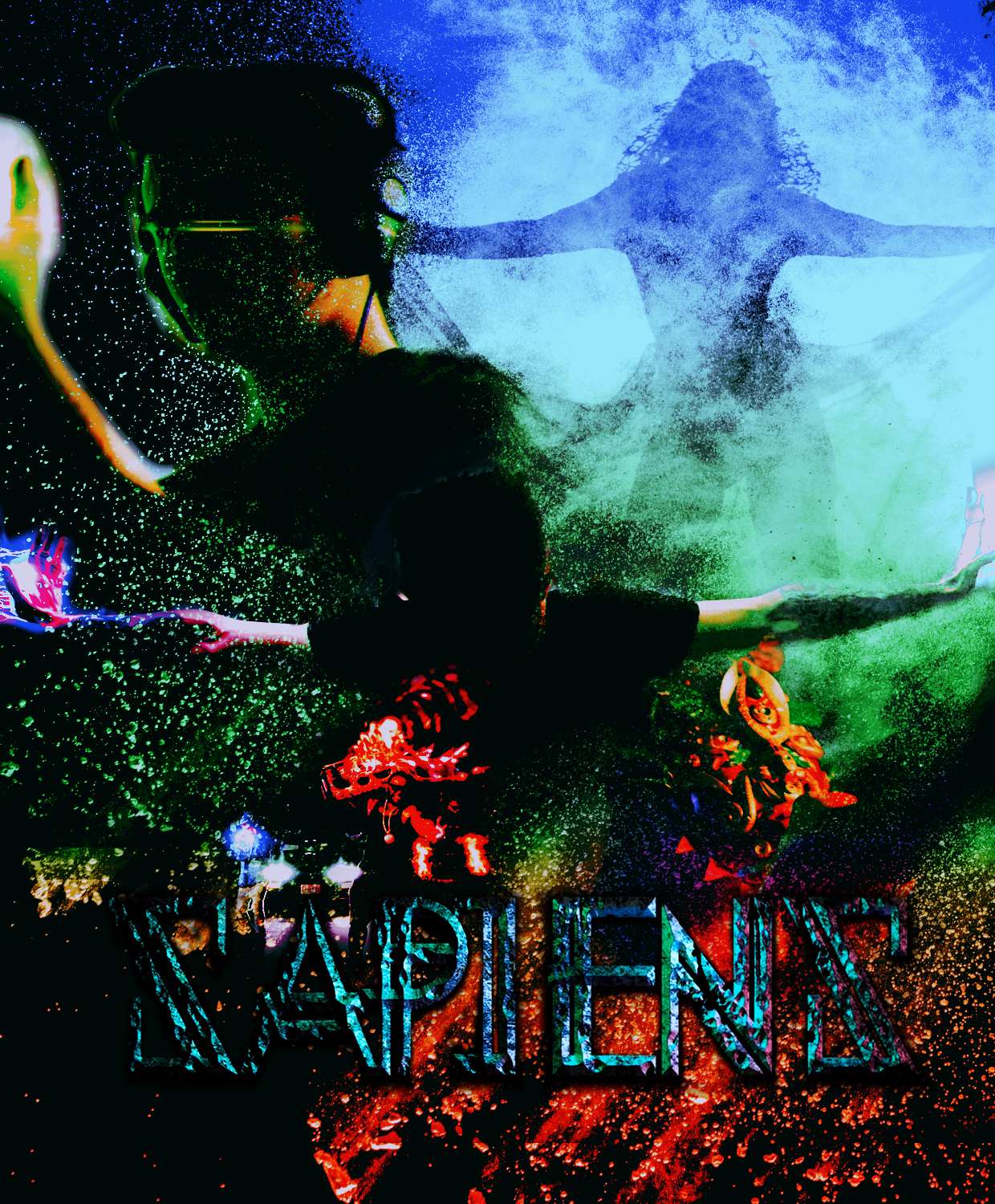 Corey McCartney is here to thrive in every facet of the entertainment industry. He graduated with a B.A. from the University of Missouri-St. Louis and has since gone on to start a thriving film company in Kansas City called AGA Productions. He’s produced the popular shorts Affection of a Tiger and Bel-Air, the latter of which has over 1 billion views on streaming platforms.

McCartney recently teamed with writer/director Khalid Abdulqaadir on the science fiction short Sapiens. As the film’s producer, he spent three years developing the story and scouting locations in the Kansas City area. His plan is to eventually develop it into a feature film titled Arche Sapiens. In addition to his planning skills, McCartney is the founder of the nonprofit organization FACEKC and an actor under the name “Taron Mac”.

Film Daily had the pleasure of talking with Corey McCartney about his varied career, his skills as a producer, and his love for Kansas City. Here’s what he had to say:

I lived in Los Angeles for about six years. Nearly every day I was asked if I worked in the entertainment industry and the answer was no. I actually took a job there that didn’t involve Entertainment which is why I was living in the city. After about four years I decided to start dabbling in entertainment and I started taking acting classes.

I began studying a technique called Meisner and then I also started doing scene study classes. I then had an opportunity to accept a different job in Kansas City, in Kansas City is where I started transitioning from an actor to a producer. Although I still do a fair amount of acting as well

Who were your biggest filmmaking influences growing up?

I grew up watching and loving movies. The first movies that come to mind are films like Teenage Mutant Ninja Turtles one and two, Demolition Man, Last Action Hero, Bloodsport, these are all movies that I would watch at my grandmother’s house which was a sanctuary for me. I also then started falling in love with big budget movies that have lots of explosions especially movies created by Michael Bay like Bad Boys 1 and 2. I’ve always been big into action.

You earned a Bachelor’s degree from the University of Missouri-St. Louis in Political Science minoring in Communication. What did you learn from your schooling that you’ve been able to apply to your career as a producer?

What I learned most from my political science degree is really how to understand nomenclatures and how to accept laws and policies the exact way they are written and how to interpret them. I’m not a lawyer but the degree really helped me to exercise those muscles. Also, with any situation involving a potential debate… when to apply pressure and went to acquiesce.

With communication, it was specifically interpersonal communication that helped really learn the value of networking. Within that communication scope is when I became comfortable with public speaking and presentation as well.

Tell us about your new film Sapiens. How did you initially get involved with the project?

When I moved to Kansas City, my friend from high school, Khalid Abdulqaadir, had made a Facebook post stating that he lives in Kansas City, had written a movie script, and wanted to get his movie made. I reached out to him and had a meeting just to get more information about his movie.

He laid out his process and vision and I agreed to do whatever I could to support that process and mission. We immediately formed a production company and started making short films in preparation for the original movie that we met about

How closely did you work with Sapiens writer/director Khalid Abdulqaadir?

Khalid and I are extremely close, we communicate every single day in preparation for the next project as well as finishing touches on the last project.

Do you like to be hands on as a producer or do you prefer to let the director take the lead on the creative side of things?

In general I prefer to let the director take the lead on the creative side of things, there are times where the director allows me to step in and insert my own creative vision but I don’t abuse that privilege. I really appreciate the fact that people can stay in their own lanes on a film set, however if I am allowed creative freedom as a producer, sometimes I will take advantage of that and I believe everyone on set appreciates it.

Do you find that producing requires different skills depending on the project?

It really depends on the project and the team that you’re working with. I usually work with one director although I’ve worked with other directors on projects. So it really depends on the people around you. If you tend to work with the same people then the roles are more clearly understood going into the next project. It could definitely change if you’re working with different people.

Sapiens is being released through your company AGA Productions. Can you tell us what the acronym AGA stands for and how it applies to your brand?

“Artis gratia artis”, which is Latin for “art for art’s sake”. At the end of the day we believe art is our strongest form of expression and if we do nothing else with our films at least we can create art which is the most important part for us.

What do you think is the toughest part of producing?

For me being a producer is synergy that brings the whole project together. It requires being dynamic. Usually the toughest part is when there’s too many tabs open in your brain in regards to the project.

You spent three years working on Sapiens. Do you prefer to work on stories that you have a personal connection with?

The Sapiens project required meeting many different people in town in order to showcase their talents. It also required us as a filmmaking company to demonstrate our abilities and production qualities in order to get people to sign on to the film. I don’t think about personal connection as much as I think about how to best showcase the talents and abilities of everyone involved, as well as keeping the original vision of the writer and director.

You are a co-founder of the FACEKC nonprofit. What inspired you to create your own organization instead of contributing to another?

The Face KC mission is to bring people together through art film and music in Kansas City. It’s very unique and there’s nothing else like it. It required a fresh organization rather than finding one

What would you say distinguishes FACEKC from other nonprofit organizations?

We are creating avenues for people of various backgrounds and demographics to work with each other when they wouldn’t be working with each other otherwise. This creates paradigm shifts in the community. For instance with our project titled Disarmed we had real police officers and various members of the black community involved in one project.

They were open and honest with each other through the art and came to a peaceful resolution. This is something that I haven’t seen anywhere else nonprofit or otherwise. We know that at least two lives of individuals associated with our film projects were saved from potential gun violence as a result of the project.

You’ve acted in several of your productions under the name ‘Taron Mac’. Why did you decide to take on an alias as an actor?

Being an actor requires me to engage areas of my brain that I wouldn’t otherwise. Taron is my middle name and Mac is short for McCartney. I prefer to be credited under that name as an actor because it requires me to access parts of my brain which feels like a different person. I understand that’s a little abstract.  I had to turn off a lot of my producer inclinations in mind and turn on something else.

Given that you work as a producer and actor, which job do you prefer?

I definitely enjoy doing both. It’s really hard to say because they are so different. I require a lot of balance in everything I do and I think being able to produce and act gives me that balance.

Do you have an interest in directing a film of your own?

I do have an interest in directing, I often step into the role of directing when I’m allowed to onset. I think my directorial debut will happen sooner than later.

Even though I’ve acted and produced a project that landed in BET, associate produced Bel-Air with over 1 billion views worldwide, I still have to say that the Disarmed project is something that has never been done before by anyone anywhere.  So that would be the greatest success in my filmmaking journey so far.

How about your greatest personal success?

I’m a father, husband, brother first… I’m an actor, producer, voiceover artist, and community organizer. I want to be the tide lifts all boats and I believe that it’s starting to happen.

I’m in pre-production to produce a film titled The Unexpected written and directed by former Navy seal and best-selling author Remi Adeleke.

What advice do you have for aspiring producers and filmmakers?

Be as dynamic as you can. Learn every aspect of filmmaking. In front of the camera and behind the camera. From what I’ve seen, the people who have the best chance at success are the ones who can operate the camera, know lighting, understand how to edit,  and most importantly, they know how to write scripts.

That’s such a tough question, there’s too many to narrow it down. If I had to answer I would say that the film hasn’t been made yet. 😉