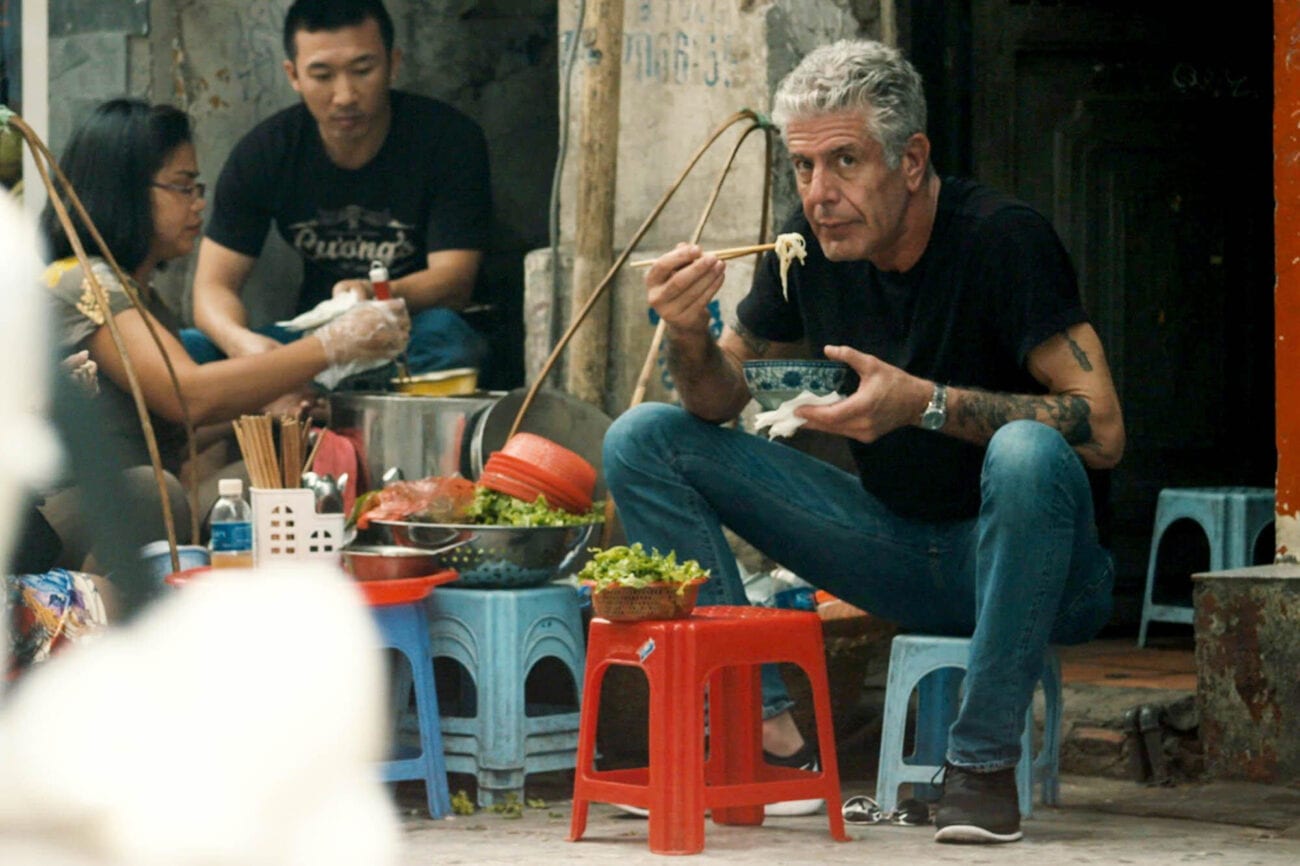 The internationally beloved late-chef, journalist, television host, traveler, and author will finally be the subject of an upcoming documentary. Roadrunner: A Film About Anthony Bourdain will give viewers an up-close look at Bourdain’s expansive career as well as his personal life.

Altogether witty, passionate, and empathetic, Anthony Bourdain hasn’t only become a culinary icon – he’s an inspiration to those who love to travel and experience all that life has to offer. The latest trailer to the upcoming documentary only further proves his legacy which has moved the hearts of many. 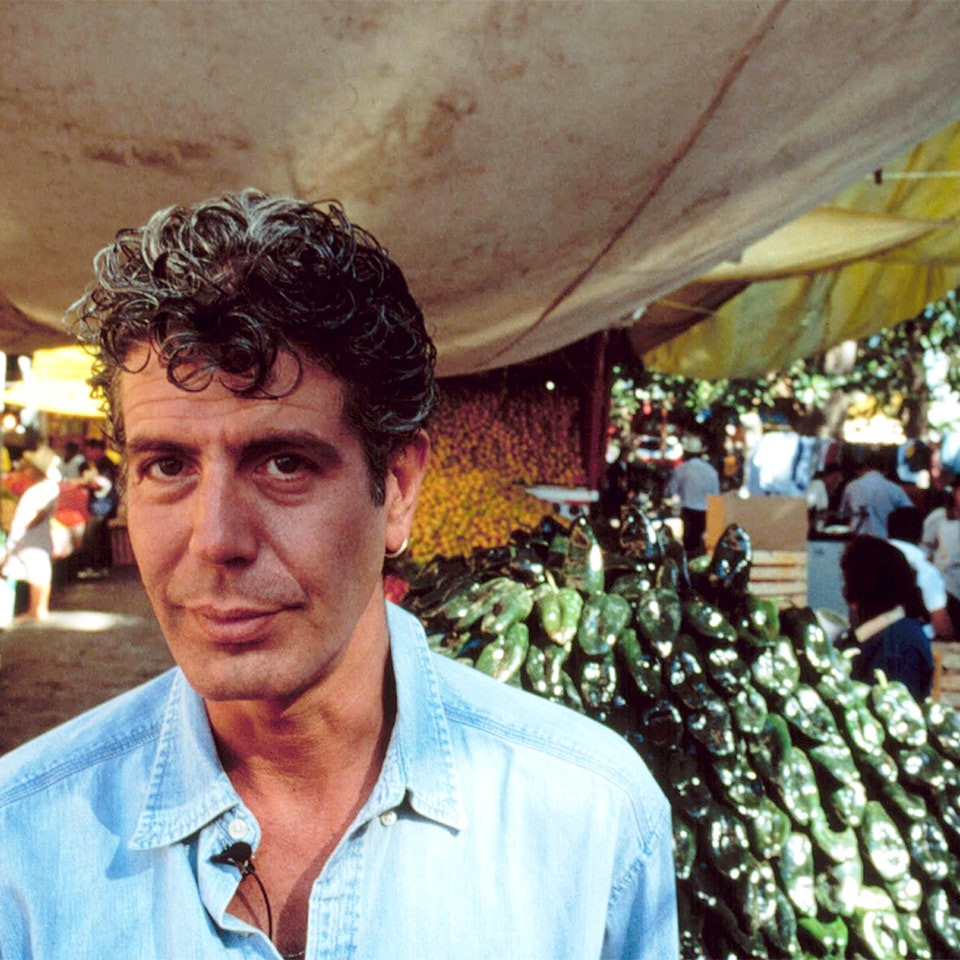 Roadrunner: A Film About Anthony Bourdain

Inspiring & poignant, the film is described as “an intimate, behind-the-scenes look at how an anonymous chef became a world-renowned cultural icon”. Roadrunner: A Film About Anthony Bourdain is directed by Morgan Neville, who also won an Oscar for his heartfelt documentary Won’t You Be My Neighbor?

Viewers will be able to see the true beginnings of Anthony Bourdain’s career when he first released his wildly humorous memoir Kitchen Confidential in 2000. The upcoming documentary will also feature Bourdain’s journeys through his various shows including Food Network’s A Cook’s Tour, Travel Channel’s No Reservations, and CNN’s Parts Unknown. 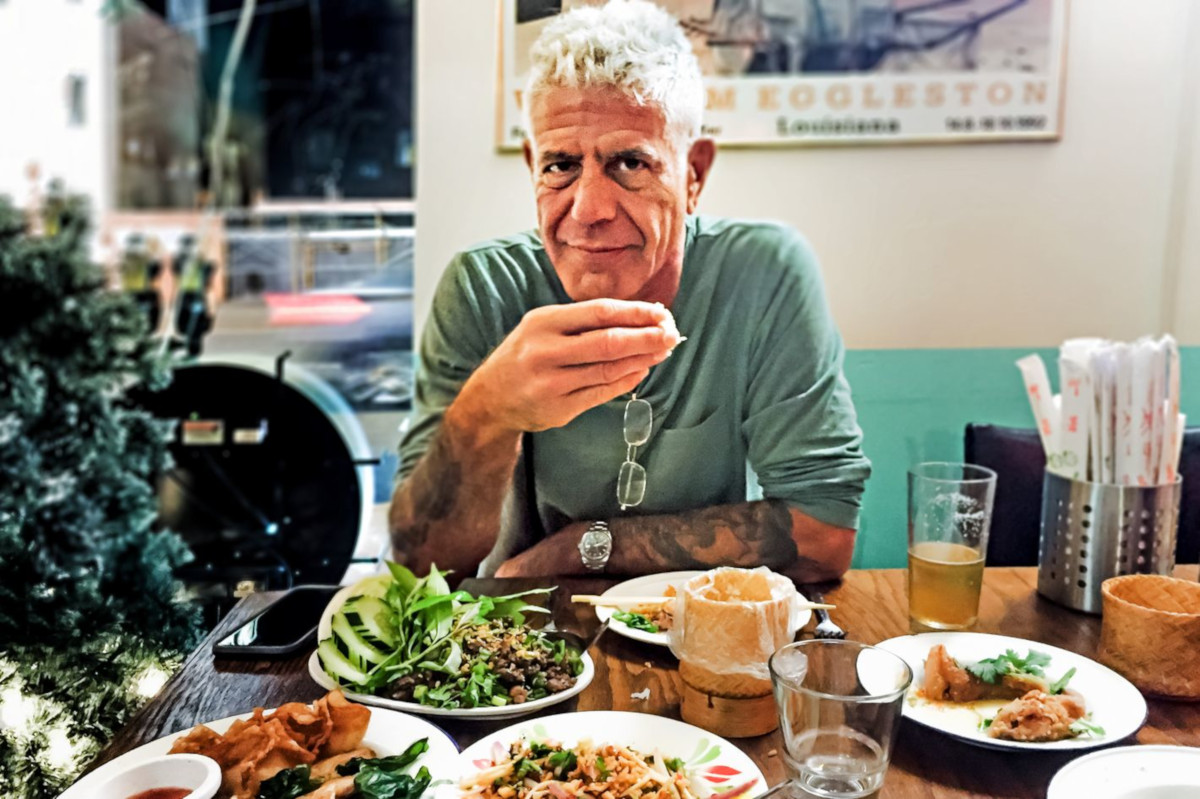 The new film will feature not only clips from his shows but also behind-the-scenes footage and interviews with friends, colleagues, and crew members. These never-before-seen moments and insider commentary will allow viewers to learn more about the enigmatic chef than ever before.

Filmmaker Morgan Neville has stated he hoped to honor Anthony Bourdain “in his own voice and in the way he indelibly impacted the world around him”. 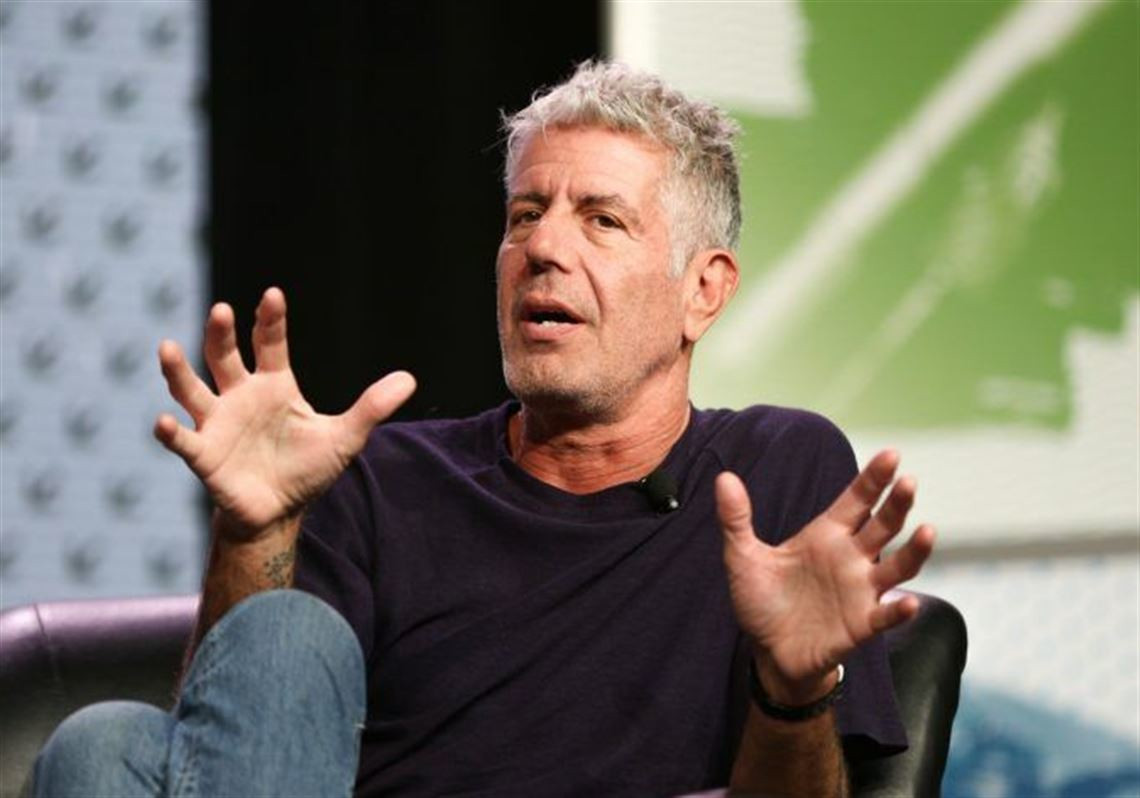 It was his hit show No Reservations which garnered countless viewers and enchanted the hearts of every food & travel lover. The show premiered in 2005 on the Travel Channel in the United States and would go on for a total of nine seasons where he explored every corner of the world.

The acclaimed show remains popular due to Bourdain’s charming personality as well as the genuine interest and respect for all the countries & cultures he learned from. Anthony Bourdain presented to viewers the best cuisines ranging from local restaurants to small huts from across the globe.

He not only examined various dishes but also respectfully educated himself and his viewers on the customs & cultures he witnessed. Unafraid & charismatic, Bourdain was a travel host like never seen before and likely will never quite see again. 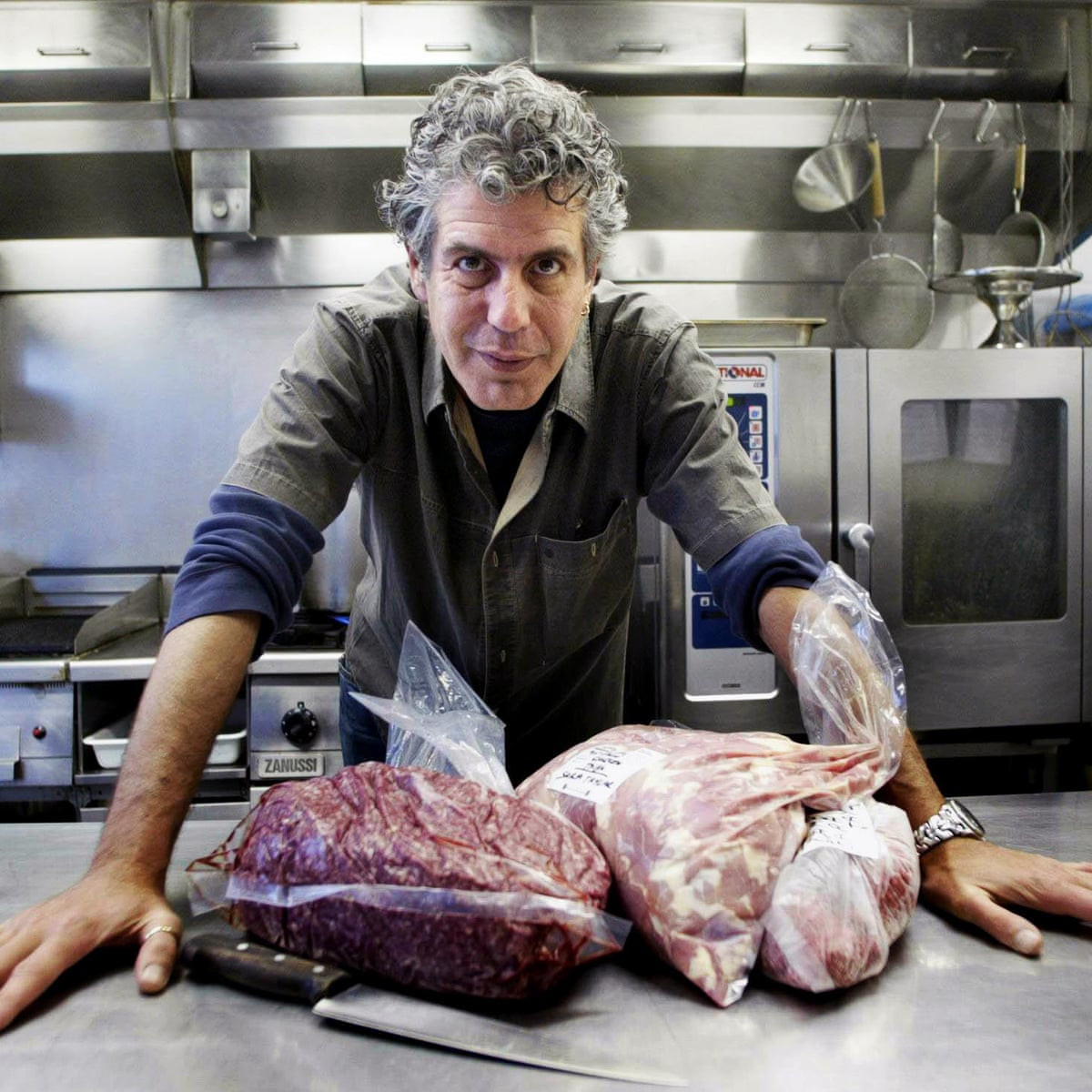 The death of Anthony Bourdain

On June 8th, 2018, Anthony Bourdain’s tragic suicide shocked the world. It was difficult to believe that the man who had portrayed such an insatiable lust for life could have taken his own. Bourdain’s mother, Gladys Bourdain told The New York Times, “He is absolutely the last person in the world I would have ever dreamed would do something like this.” The world couldn’t agree more.

Former President Barack Obama had been a guest on an episode of Parts Unknown where the two had traveled & dined in Vietnam. At the time of Bourdain’s passing, Obama tweeted, “He taught us about food—but more importantly, about its ability to bring us together. To make us a little less afraid of the unknown.” 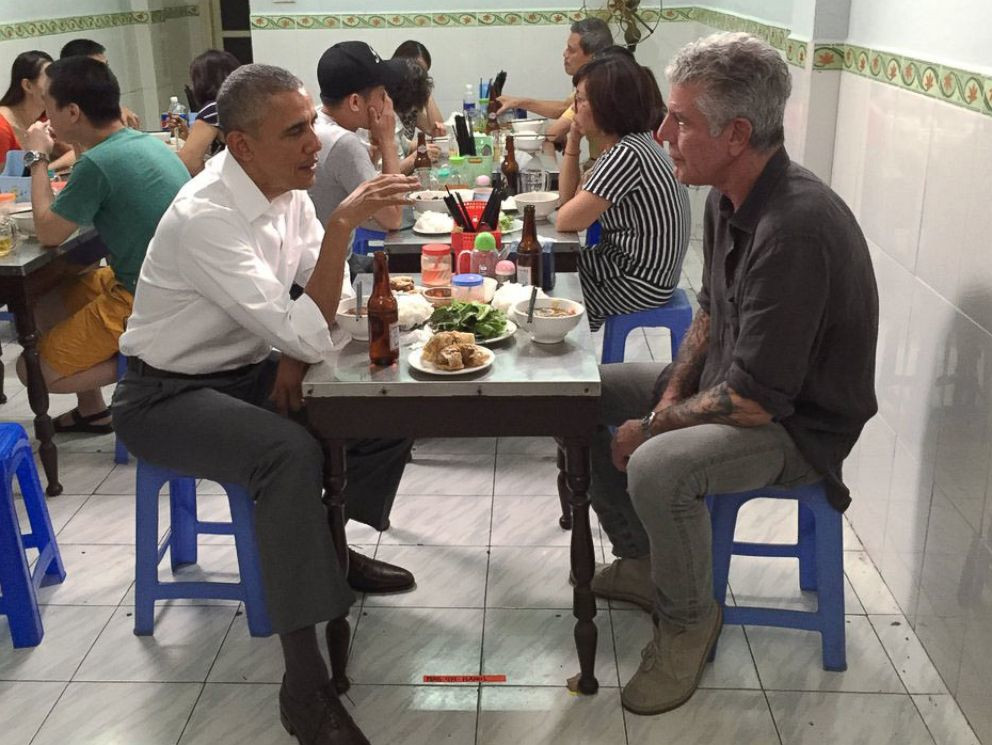 Following the news of his death, fans paid tribute to Bourdain at Brasserie Les Halles, the restaurant where Bourdain was once an executive chef. Notes of remembrance & admiration were left on the entrance of the french restaurant.

Chefs & restaurant owners held numerous memorial dinners & events where all net sales were donated to National Suicide Prevention Lifeline. The world mourned the loss of Anthony Bourdain, a man who author David Klion described as someone who “made it possible to believe that social justice and earthly delights weren’t mutually exclusive, and he pursued both with the same earnest reverence”.

Roadrunner: A Film About Anthony Bourdain will be released in theaters on July 16th. Were you a fan of his hit show No Reservations? Let us know in the comments below!