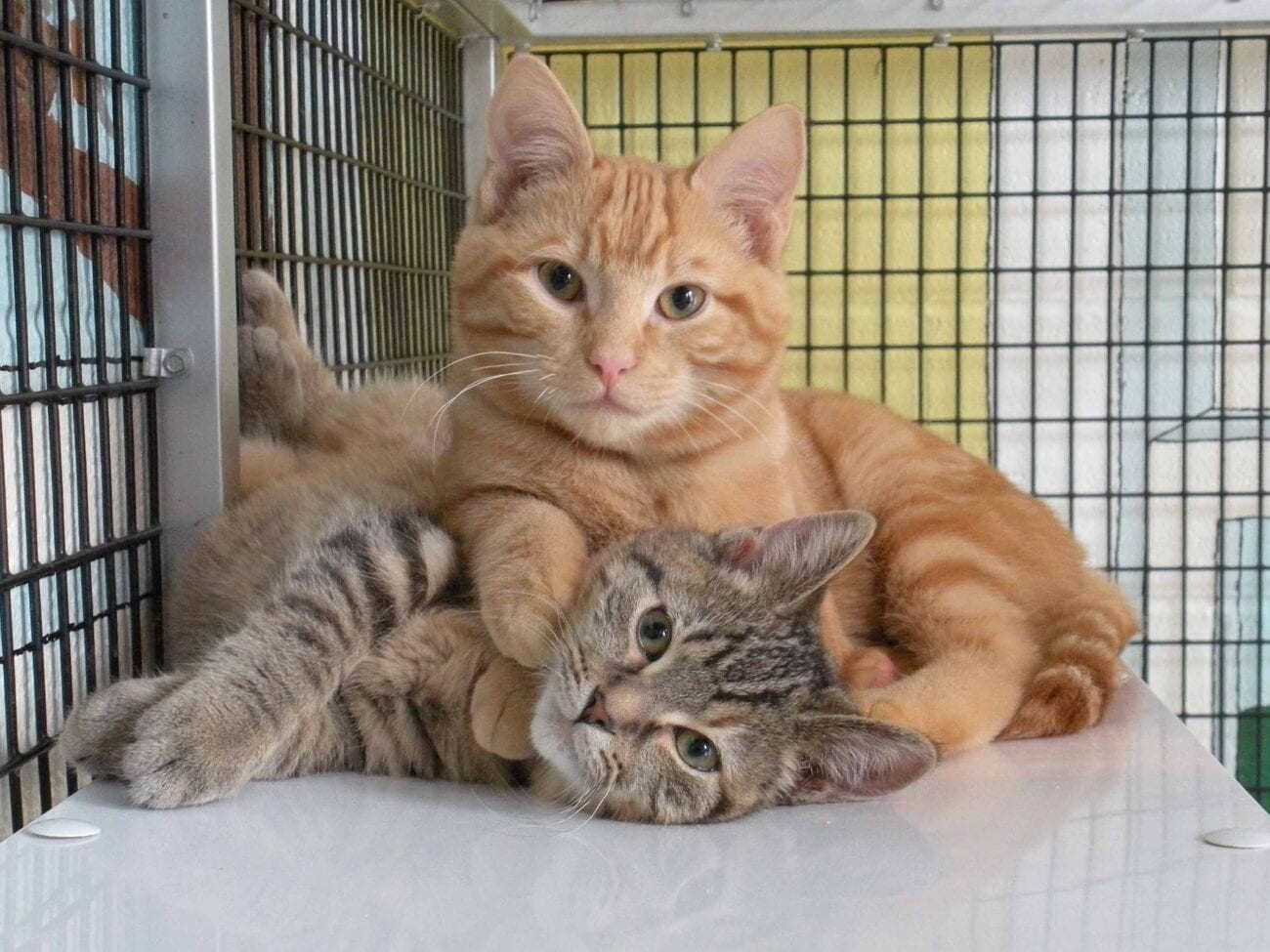 Thinking of quarantine adoption? All the large cat breeds to peruse

Dogs come in so many shapes and sizes that dog lovers can have a huge decision when it comes to adoption. Cat lovers on the other hand, often feel as if most cats are pretty darn similar when it comes to anything but coat patterns. Luckily, there’s more variation than meets the eye!

If you’re looking to adopt a new fuzzy feline friend to cheer up your quarantine days, let us be the first to tell you big domestic cats do exist, and should definitely be on your list of options. Large cat breeds are no more work than their more average sized counterparts, but do offer the benefit of having more to cuddle. Plus they’re the perfect Tiger King binging buddies

Here is a list of some of the great options you have when looking to adopt a large cat. 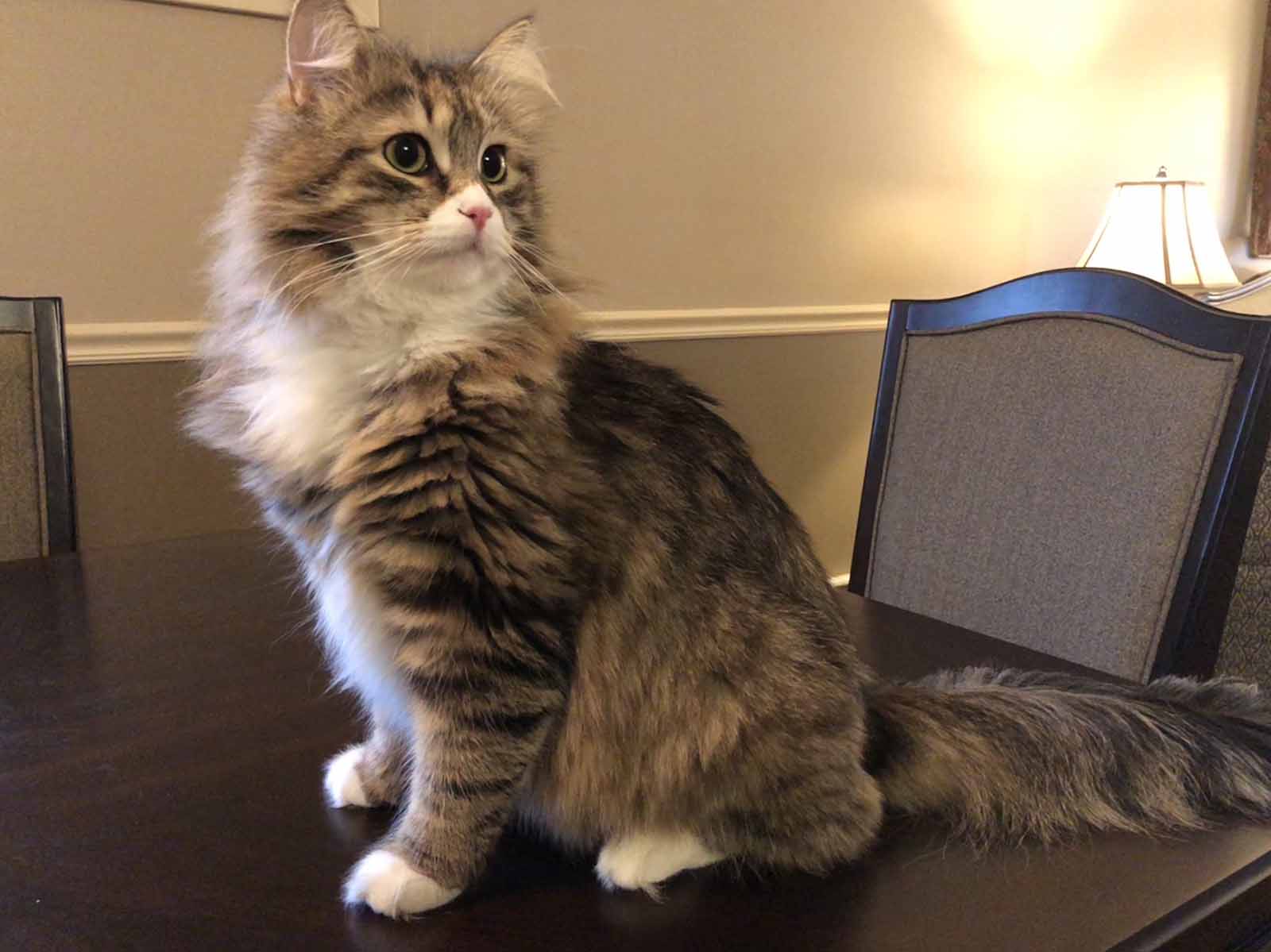 Siberian cats, unsurprisingly, hail from Russia. Their heritage explains their long (and waterproof) fur. Despite their thick coats Siberian cats actually produce less dander than many other cats, which means people with mild to medium allergies can often go without symptoms around these guys.

These massively fluffy cats range in weight from eight pounds up to sixteen pounds. Though there are some outliers that have been known to reach twenty-five. Siberian cats are known for being athletic, smart, and great for families.

Siberian cats are on the pricier range for domestic cats coming in at an average starting price of $1,200. 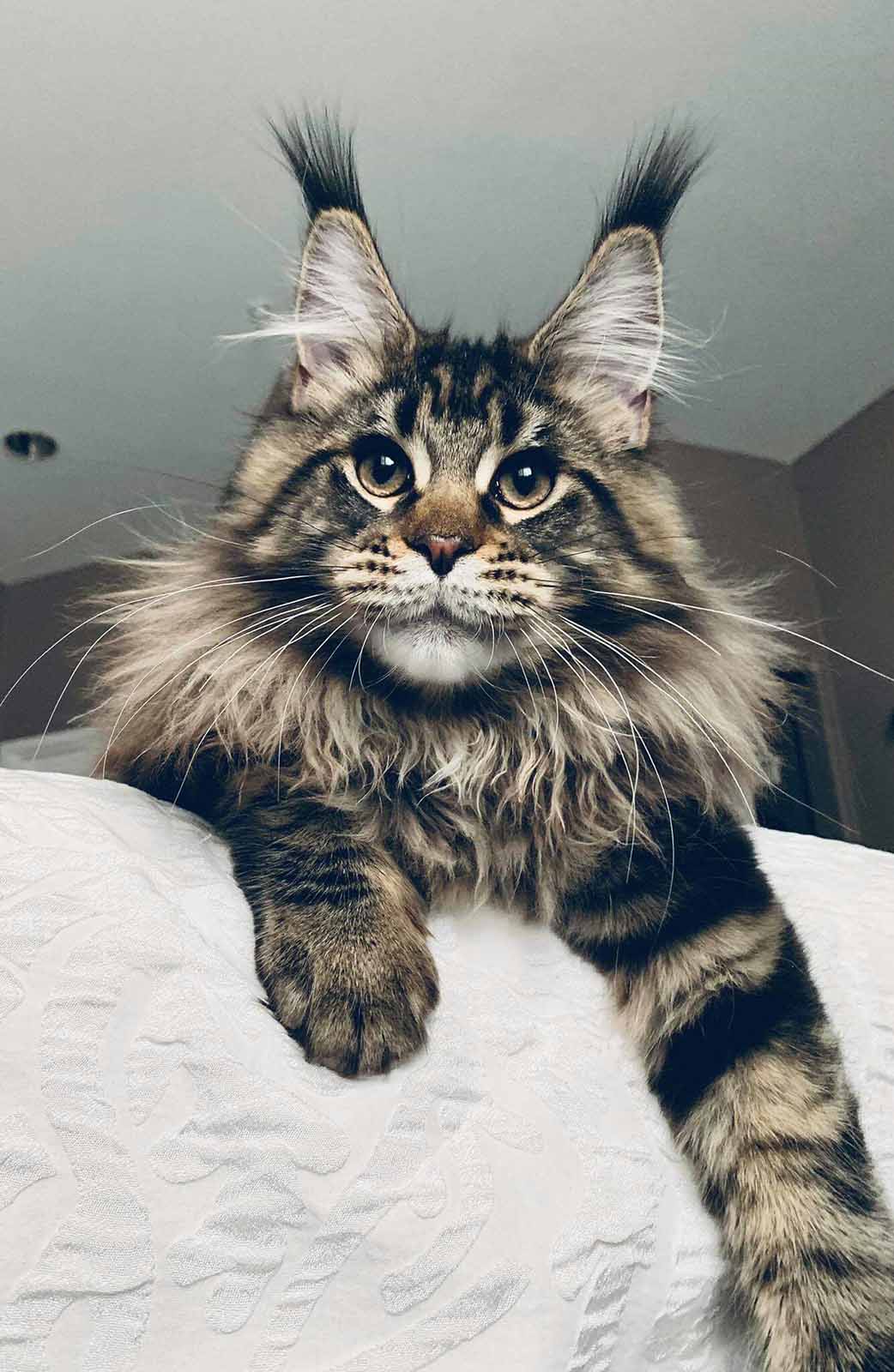 Maine coons are frequently touted as the biggest domestic cat with the males ranging from thirteen to eighteen pounds. Females are usually smaller coming in around eight to twelve pounds.

These big cats generally have longer fur, and their coloring ranges from orange tabby-like markings to solid black and everything in between. Even more exciting is a number of maine coons have longer fluffy sections around their heads that resemble a lion’s mane.

These excellent felines have personalities usually considered gentle, smarter than most other cats, and devoted to their humans. (Though maine coons are often skittish around newcomers.)

Depending on how the cat was bred maine coons can be purchased for somewhere between $400 – $1500. 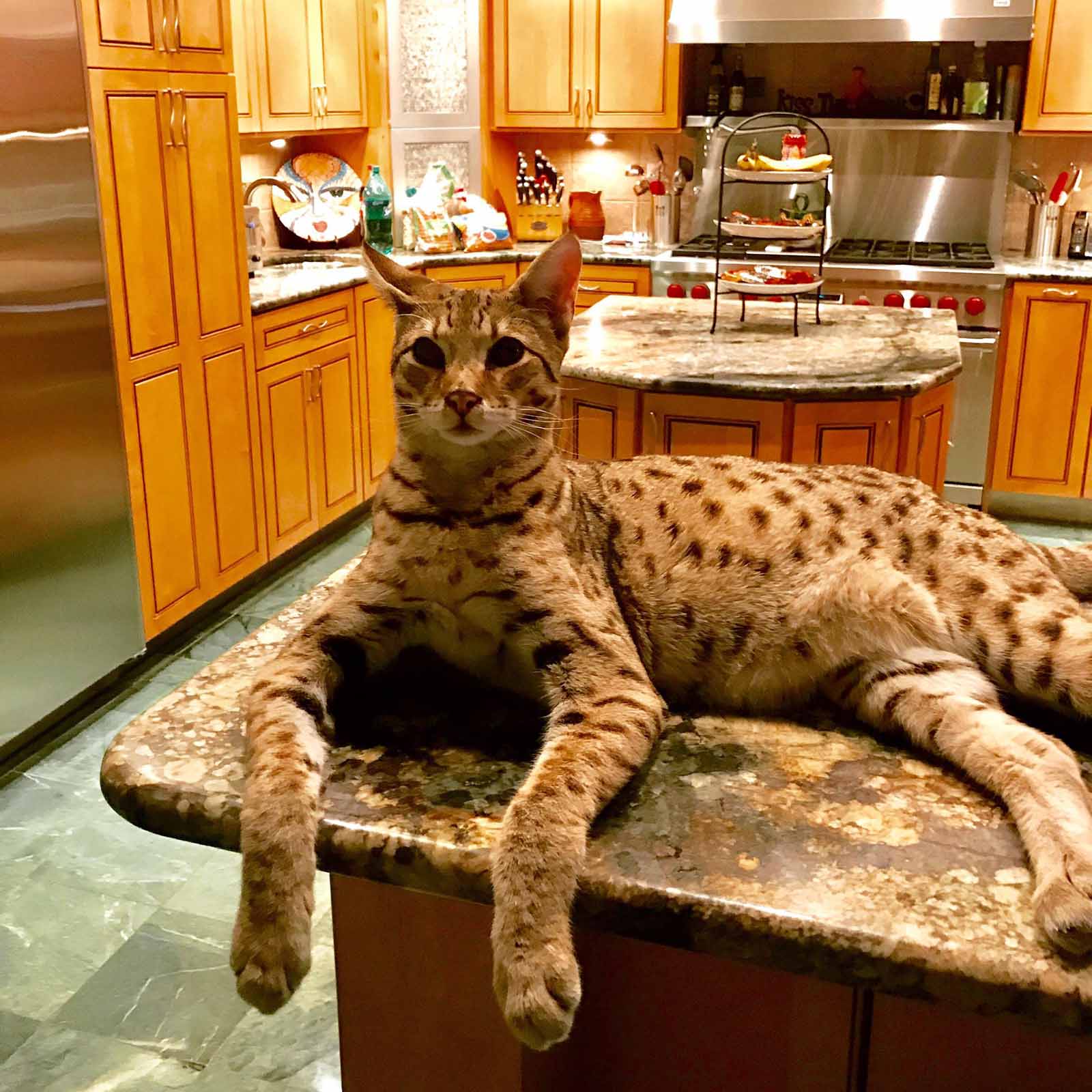 While the maine coon is officially considered the largest domestic breed, there is a contender. The Savannah cat is bigger, but it’s also a breed of cat not technically recognized by the Governing Council of the Cat Fancy. (Yes, it’s a real thing.)

The Savannah cat is surrounded by controversy because even among those who recognize the breed, there’s debate about how domestic it truly is. This is because Savannah’s are bred from (usually) siamese cats crossed with actual wild African Servals.

Due to the unusual breeding practices of the Savannah cat, the biggest type, called F1 Savannahs (those only a couple generations removed from the wild Serval), come in at seventeen to twenty-five pounds, and up to nineteen inches tall at the shoulder.

These, verging on exotic, Savannah cats have been priced anywhere between $12,000 to $20,000 depending on various factors. 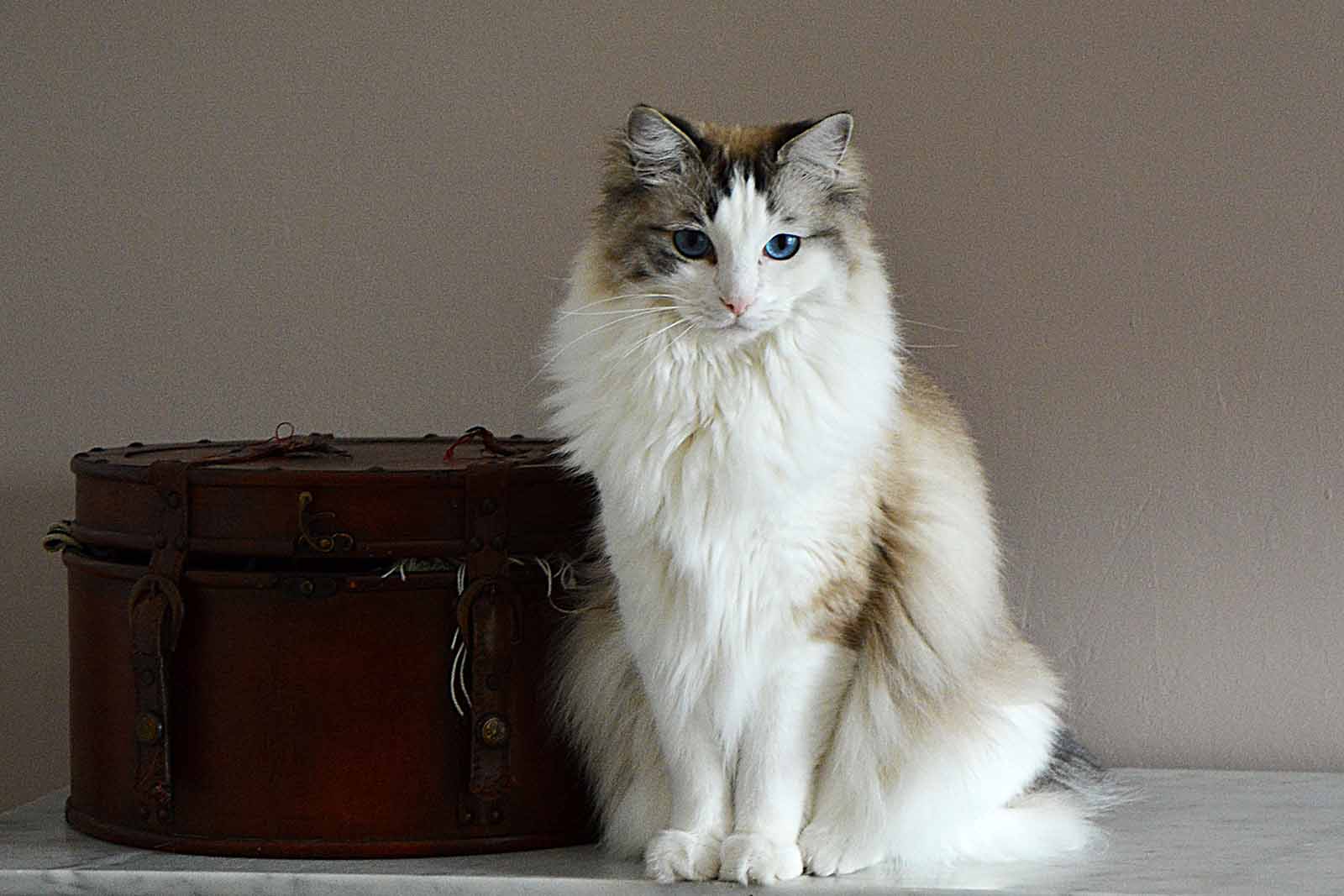 The ragdoll is known for being muscular and having medium length fur. As far as being a big cat, their weight ranges anywhere from eight to twenty pounds.

This breed’s personality is frequently described as dog-like thanks to their desire to follow their humans around, an amiability around other pets, and how easy it is to handle them.

Ragdolls got their name from the fact the breed in general has a tendency to go limp when being picked up– this trait, while cute and indicative of how docile they are, is being bred out by some breeders over concerns for feline health. The price of a purebred ragdoll usually starts somewhere around $800. 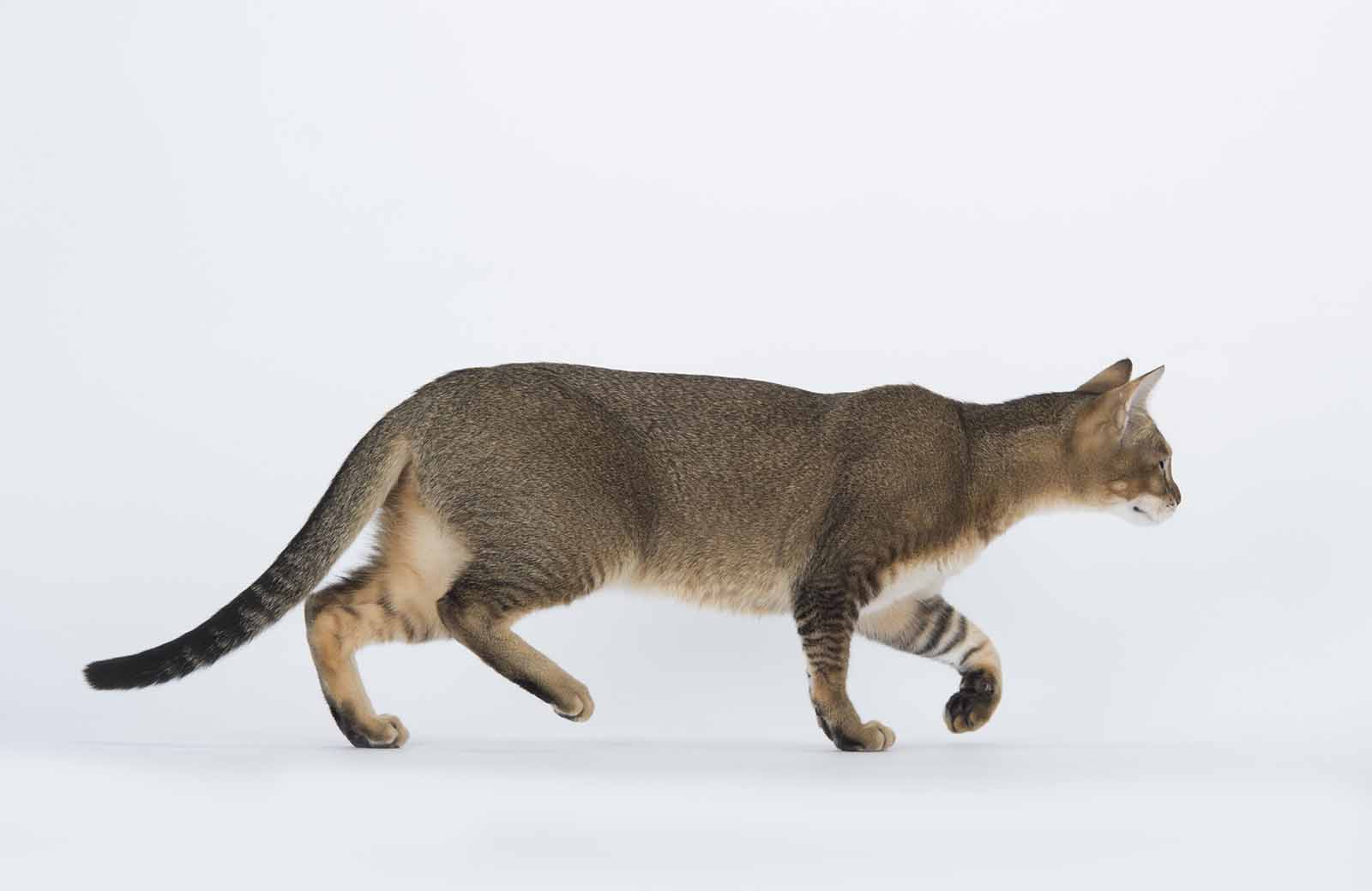 Unlike the Savannah cat, chausies are an officially recognized breed as of 1995. Chausies are also cross bred with wild cats (specifically the jungle cat) and domestic breeds (often abyssinian), however by the fourth generation they are considered entirely domesticated.

Male chausies range from eleven to sixteen pounds, but are also very long and lanky due to their penchant for running and jumping. This desire for physical activity is a known trait in the breed, along with being curious, and a need for companionship.

Due to the chausie’s need for attention it’s best to only get one if there are other pets in the house, or someone who frequently stays home. However, if you like the idea of owning a cat closely related to a wild animal, then chausies are vastly more affordable than the Savannah cat. Chausies starting prices are around $400 – $500. 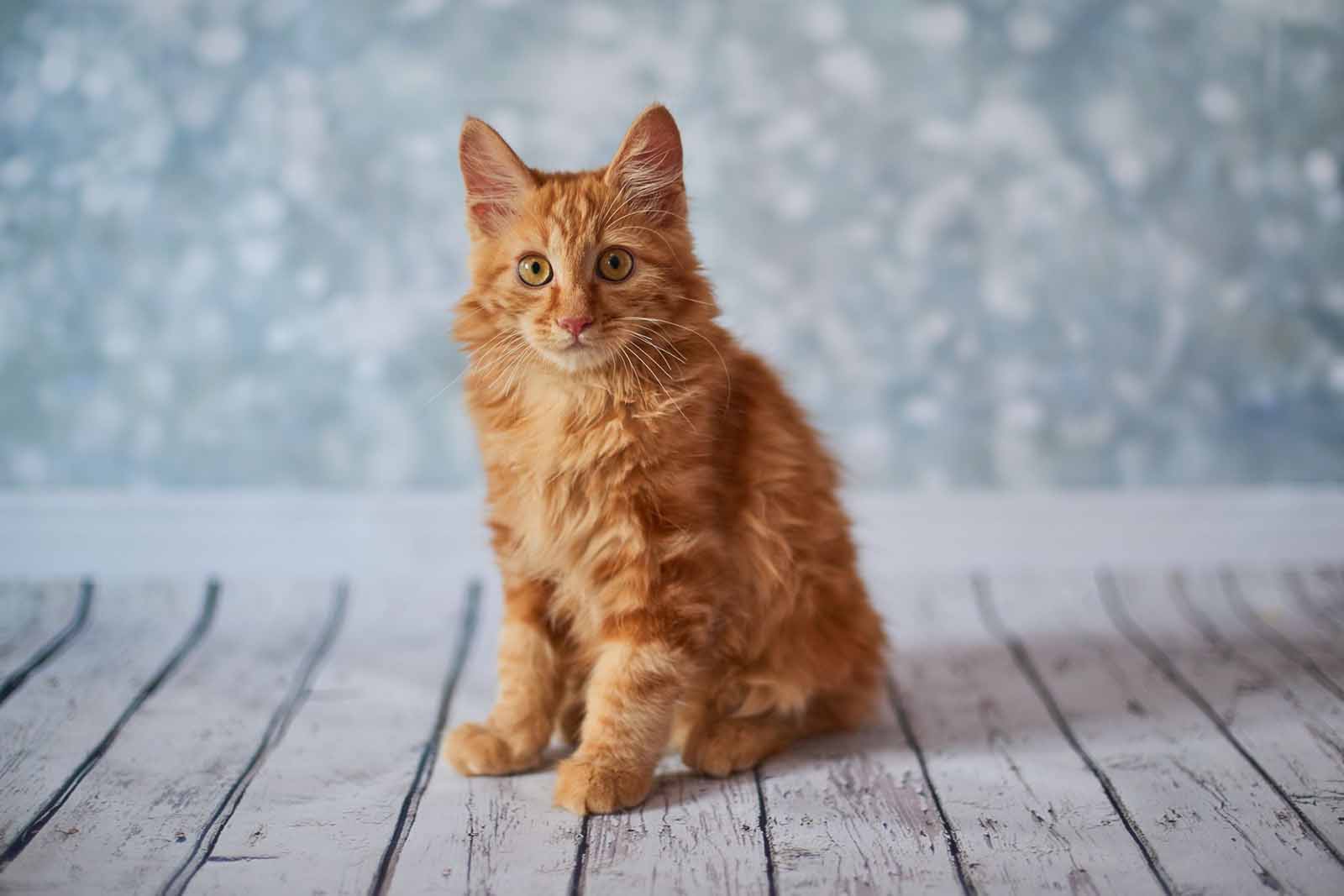 The American bobtail, on average, weights between seven and sixteen pounds. This endearing breed earned its name for having a stunted tail that is only a third of the length for most domestic cats.

Owners say this breed is usually playful and full of energy. But beware! This cat is known for being a clever escape artist too. American bobtails aren’t all feather toys and escapades though, many say they’re frequently good lap cats as well. The price of American bobtails can range from $600 – $1,200. 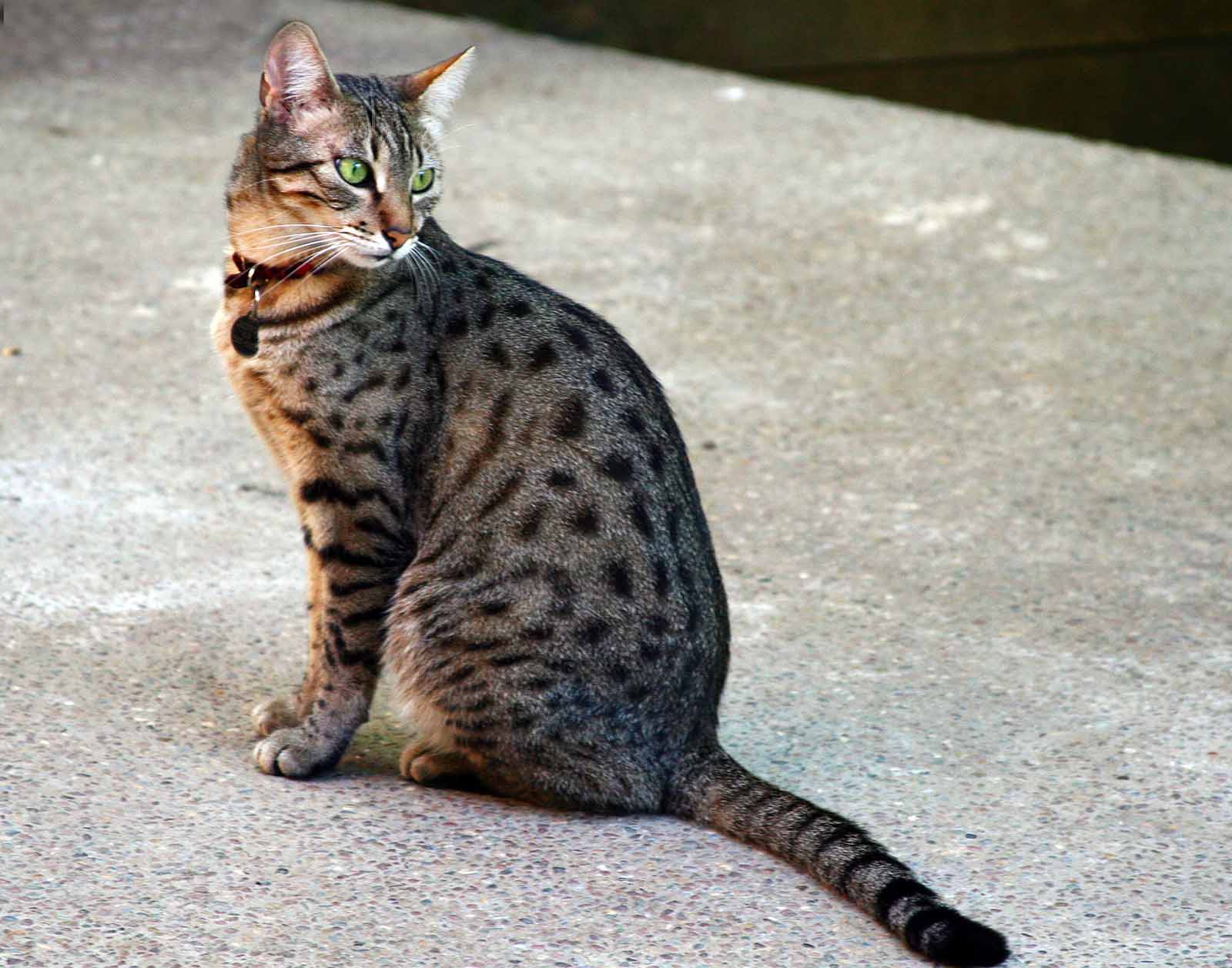 Egyptian maus are a gorgeous short haired breed, but be warned before you fall in love with these guys they’re also very rare. Barely two hundred are registered by breeders each year.

If the rarity of this cat breed doesn’t deter you, then here’s what you need to know. Maus weigh somewhere between eight to twelve pounds, are eight to ten inches in height at the shoulder, and come in six color options.

Most heartwarming of all, the Egyptian mau personality is known for being shy, loyal, and fast. Some of these cats have been clocked going as fast as thirty miles an hour. Despite this large cat’s rarity, if you find one, the price tag to expect is only about $800 – $1,200 from an accredited breeder. 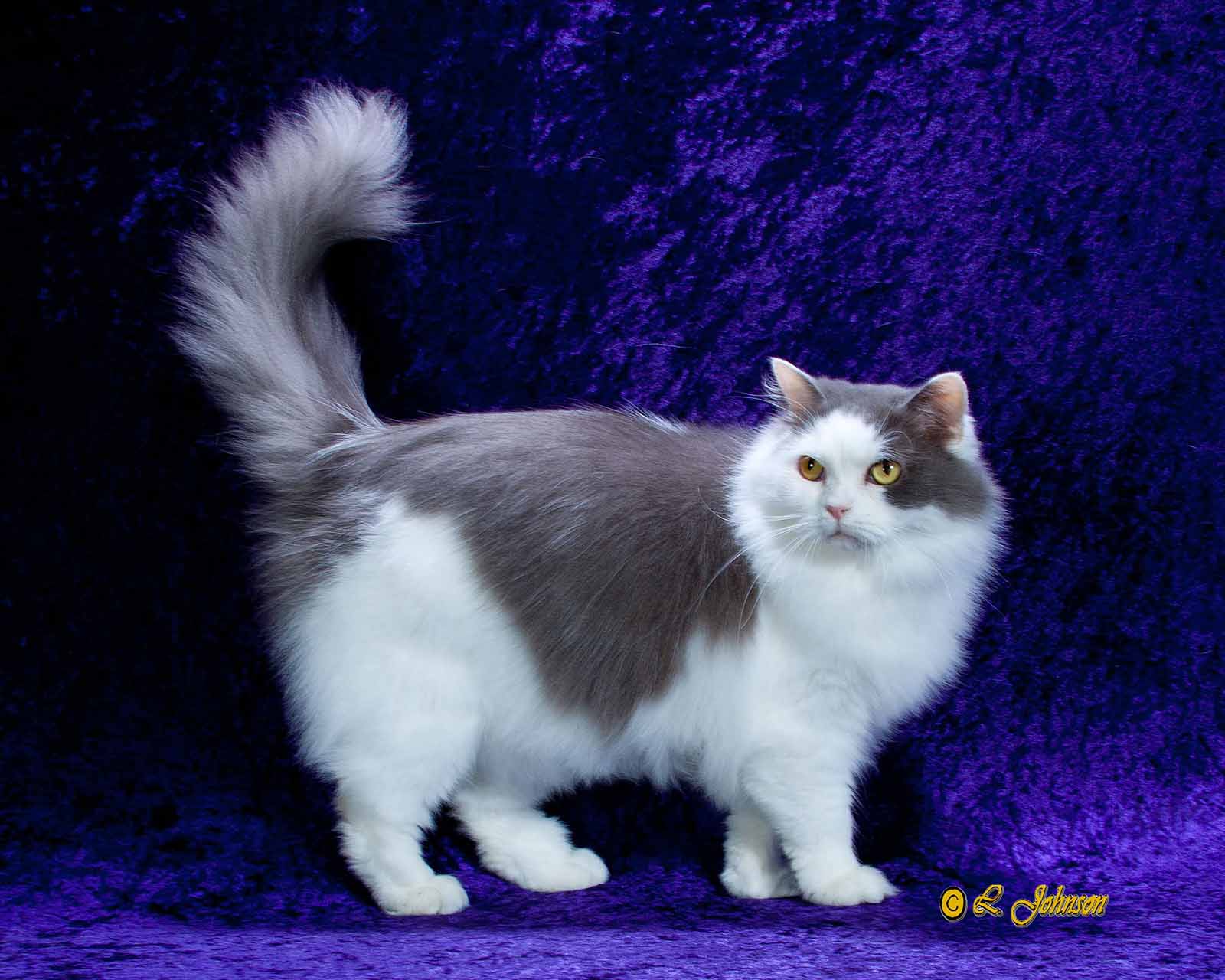 Perhaps unsurprisingly ragamuffins are an offshoot of the ragdoll breed. The separation was officially recognized in 1994. This breed can weigh between eight and fifteen pounds, with notable exceptions reaching up to twenty.

Ragamuffin cats are promoted as having “substantial” bodies that don’t fully mature until five years of age. They have broad chests, shoulders, and heads. This breed comes in just about every coat pattern and color you can imagine.

The ragamuffin’s personality is described as being sweet, friendly, and docile. Like many of the cats on this list, the ragamuffin is another breed with a tendency to follow their owners in order to hang out as much as possible. Ragamuffins can be expected to cost $800 – $1,300, similar to their ragdoll counterparts. 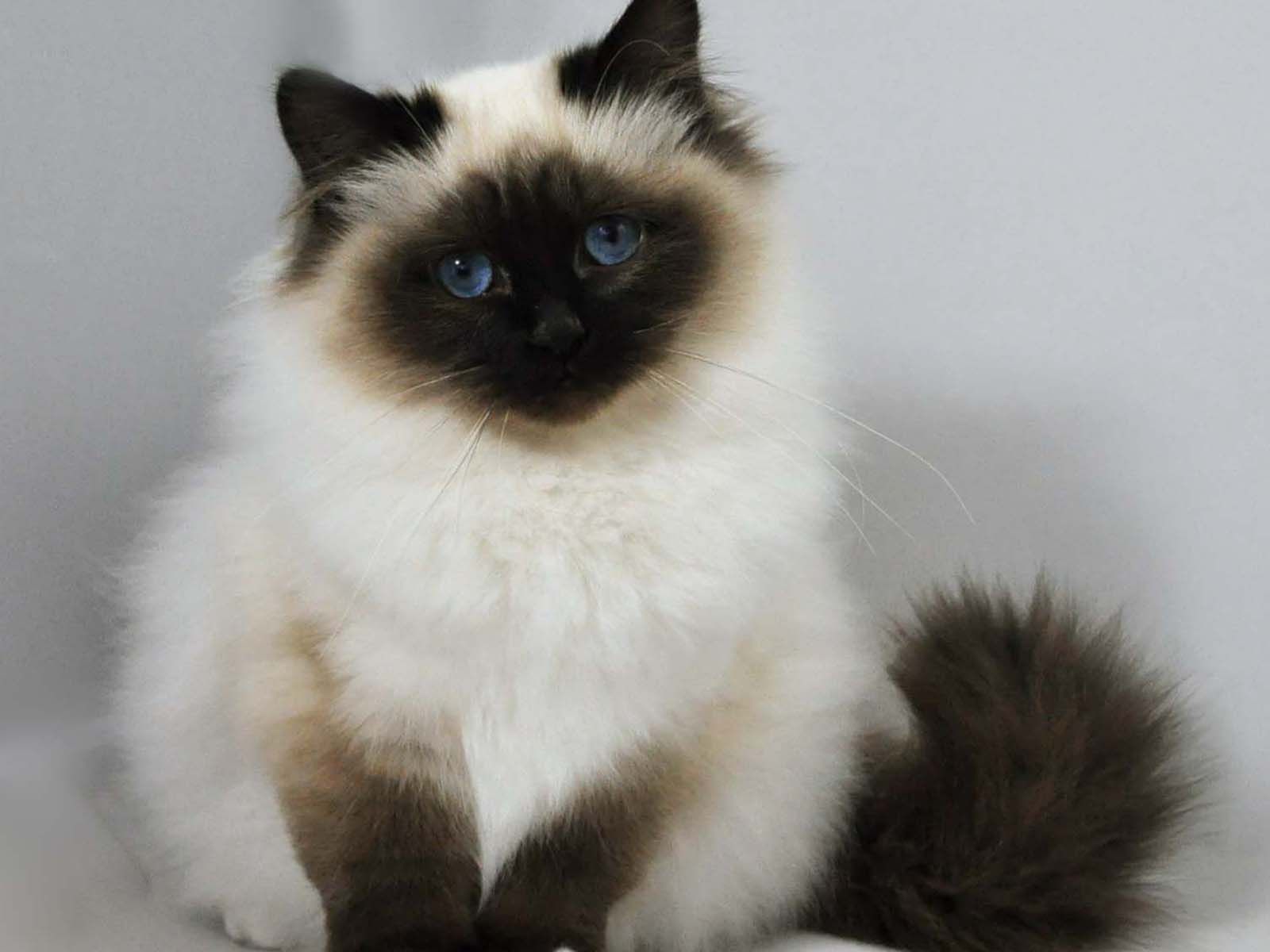 The Birman cat is on the smaller spectrum of large domestic breeds, but they’re also what the internet would call “thicc bois”. This cat weighs around seven to twelve pounds, and is stocky in shape.

Birmans are distinctly rectangle shaped, have broad faces, and their noses have been described as being Roman. They also have very soft coats with very little issues as far as matting goes, despite the fur’s medium length.

This breed is considered a companion cat. They are soft spoken, sociable, smart, curious, and people lovers. The Birman cat is one of the cheaper breeds on our list coming in at around $400 – $600. 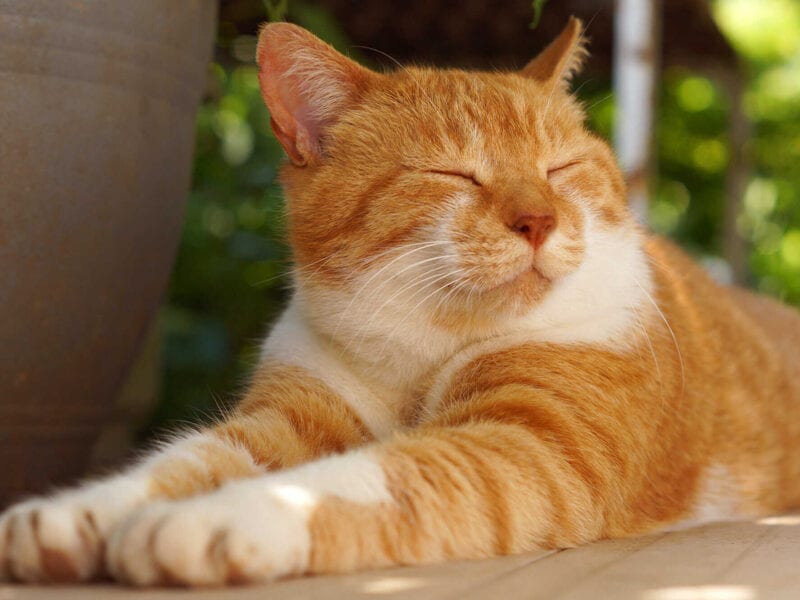 Want to make your cat love you? Learn how to make them smile 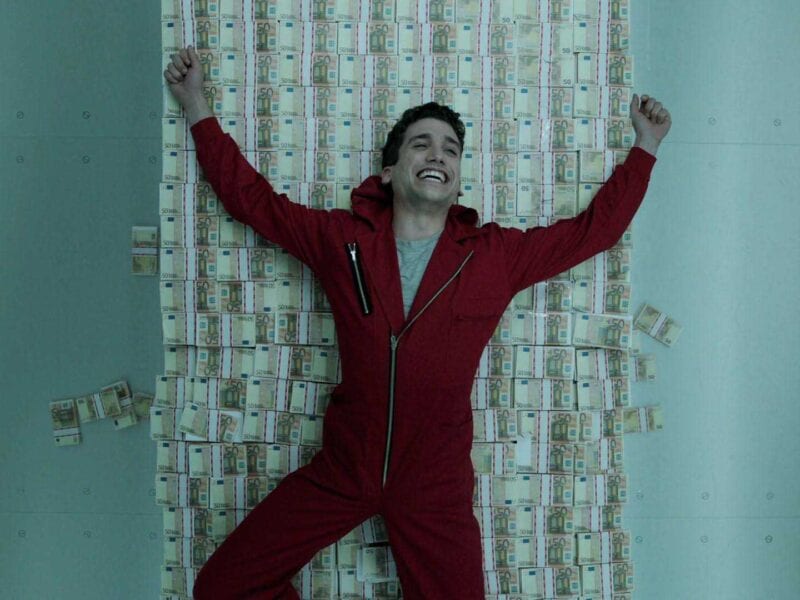 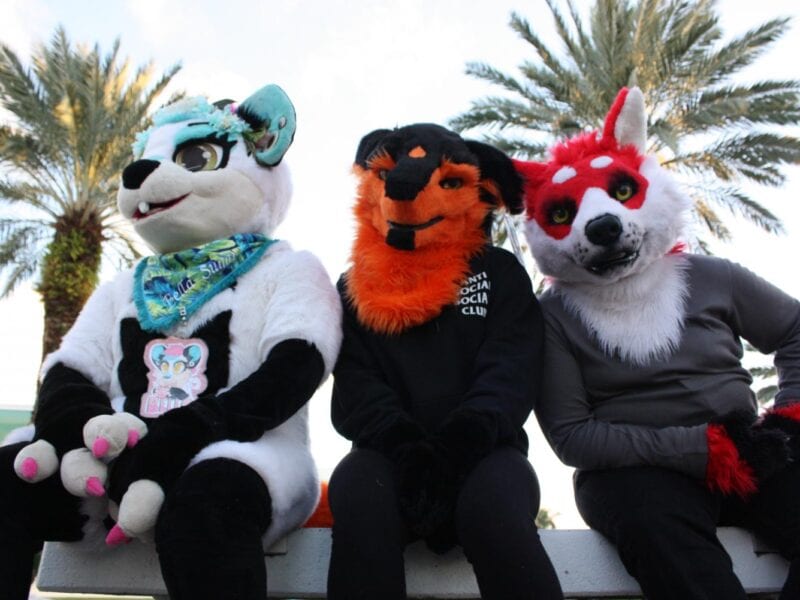 Get your uwu’s ready for these furry memes