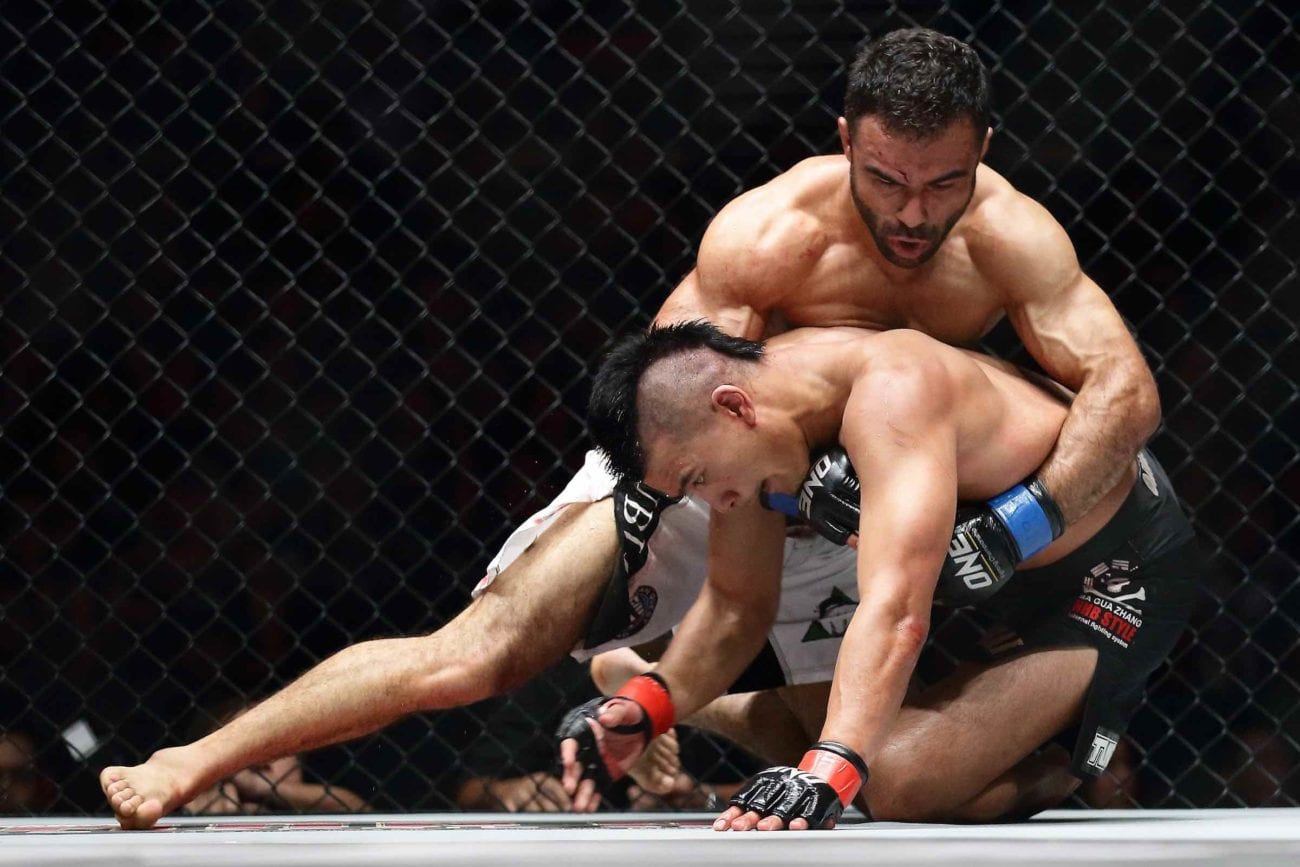 I have been into martial arts my entire life. I am always trying to find ways that I can improve my skills and abilities. So I decided I would buy the Wing Chun Martial Arts course by SiFu Wong and see what tips I could learn from his martial arts course. This online course went through a few different forms of martial arts like boxing, MMA, Jiu-Jitsu, Karate, and taekwondo.

Although the major emphasis was on MMA. And even though MMA is a newer sport, there is simply no denying that MMA (Mixed Martial Arts) is growing as a sport. The UFC is the premier league and they just signed a major deal with ESPN. While the rise to the top has not been easy for the sport, it is one that is finally over. The sport is now mainstream and it will only continue to grow from here.

Of course, this isn’t going to make it any easier for the fighters. If anything it is going to make it harder for them. Not only is there now more competition than ever, but the competition is also at a higher level. Martial arts is a practice that is deeply rooted in philosophy, tradition, and culture. It will not only test your discipline, but it will test your focus as well as your respect. Simply put, it is a sport that requires a lot. 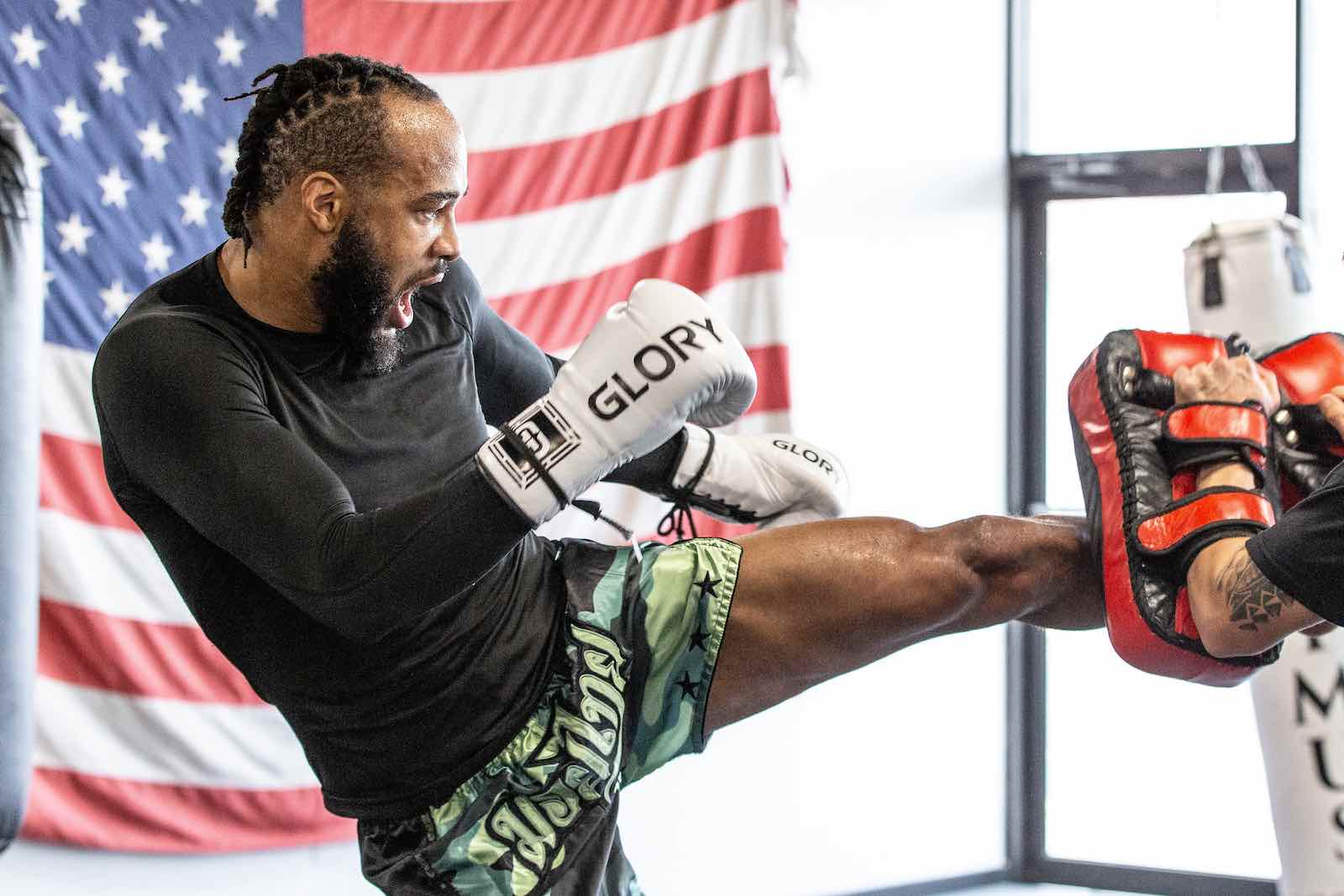 Tips I Learned from the Best Online Martial Arts Course

Below are the best tips for mixed martial arts fighters of any skill level from beginner to expert to help improve their skill levels. 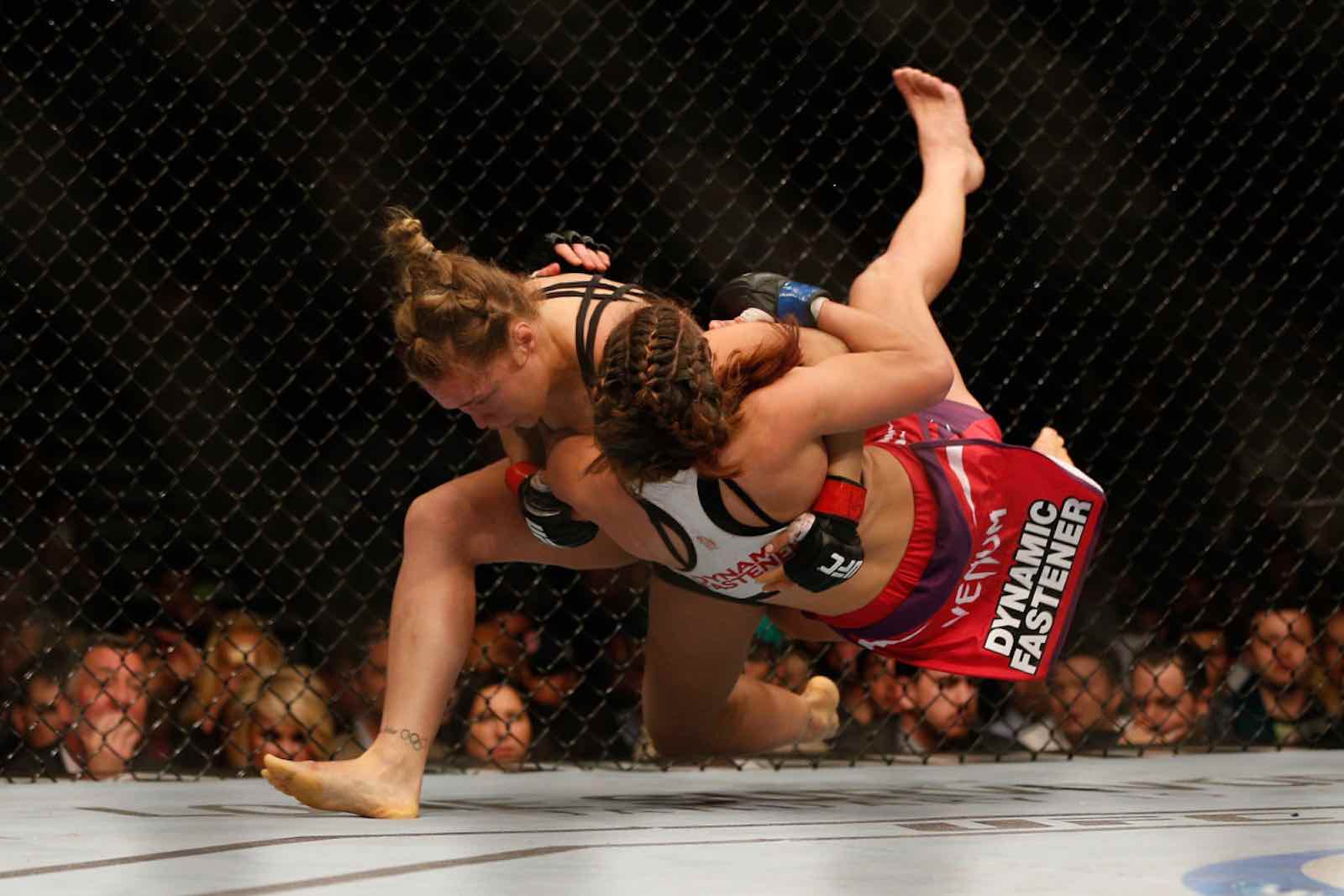 Is MMA Really Something You Want To Do?

Being a successful MMA fighter, many years of training will be required. Before you set out to become an MMA fighter, you need to be sure that it is something you want to do. Every professional fighter who reaches success has undergone years of training, punishments, ups, and downs, not to mention that amount of money you will need to put in the sport to get the most out of it.

Investing in the best gear like a punching bag, gloves, gear, etc . . . No fighter is guaranteed an easy ride but knowing what you truly want from the very start will make things easier. 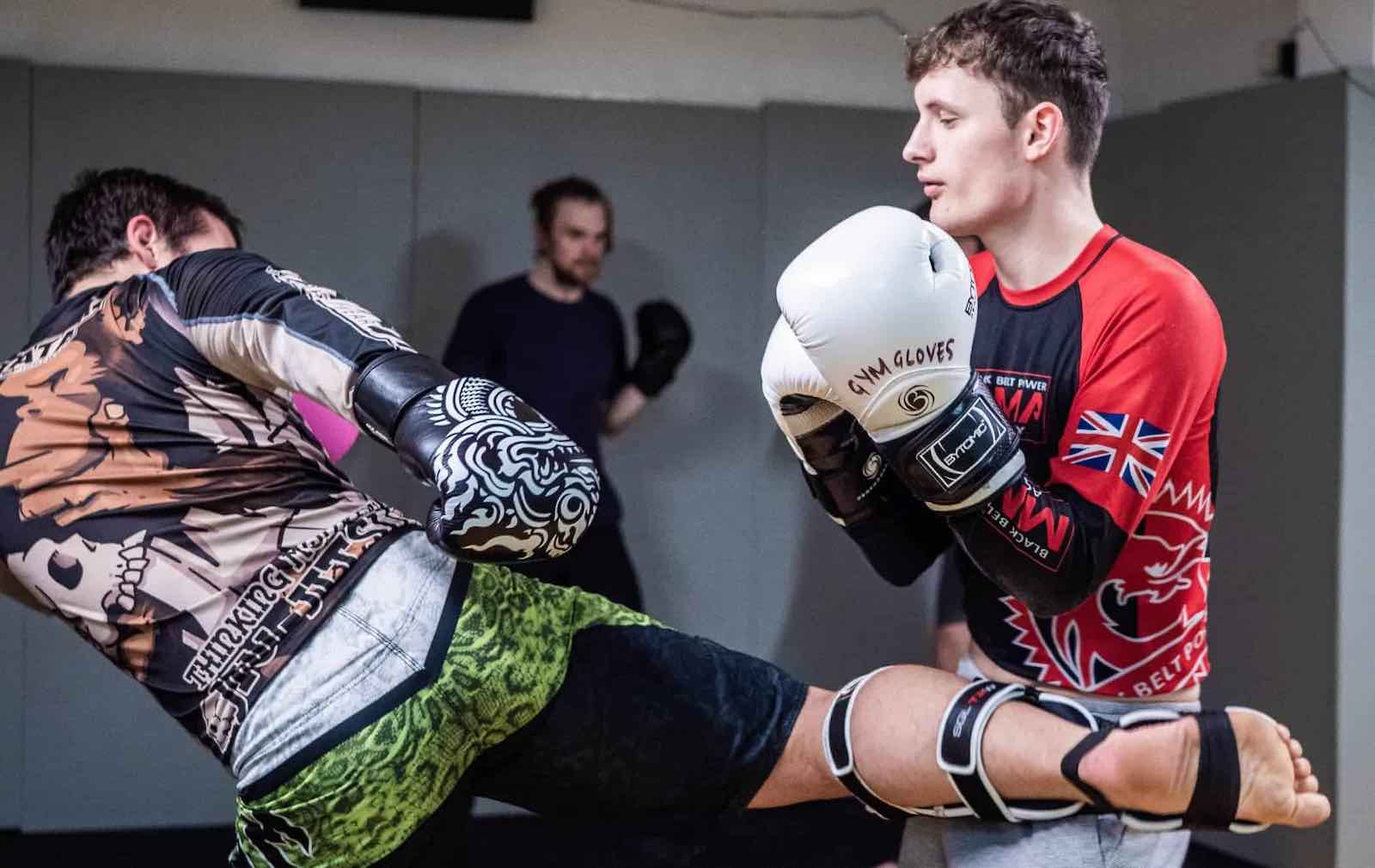 Get Your Discipline In Control

Speaking of discipline, this is one of the most highly regarded traits in the sport. In fact, it is one of the very first things that you will learn when taking a beginner’s class. Coaches, trainers, and instructors alike will try to instill the importance of discipline in their students’ right from the beginning. This is because along with mixed martial arts comes a lot of rules and processes.

The rules and processes must be followed to the letter. This is something that will not only need to be applied in the cage but outside of the cage as well. On top of this, a good fighter must adhere to a strict training routine.

Discipline might sound easy, but obtaining a good discipline is going to be harder than one would ever imagine. You will need to get your discipline in check right out of the gate. This is oftentimes the thing that separates the champs from the “could have beens.” 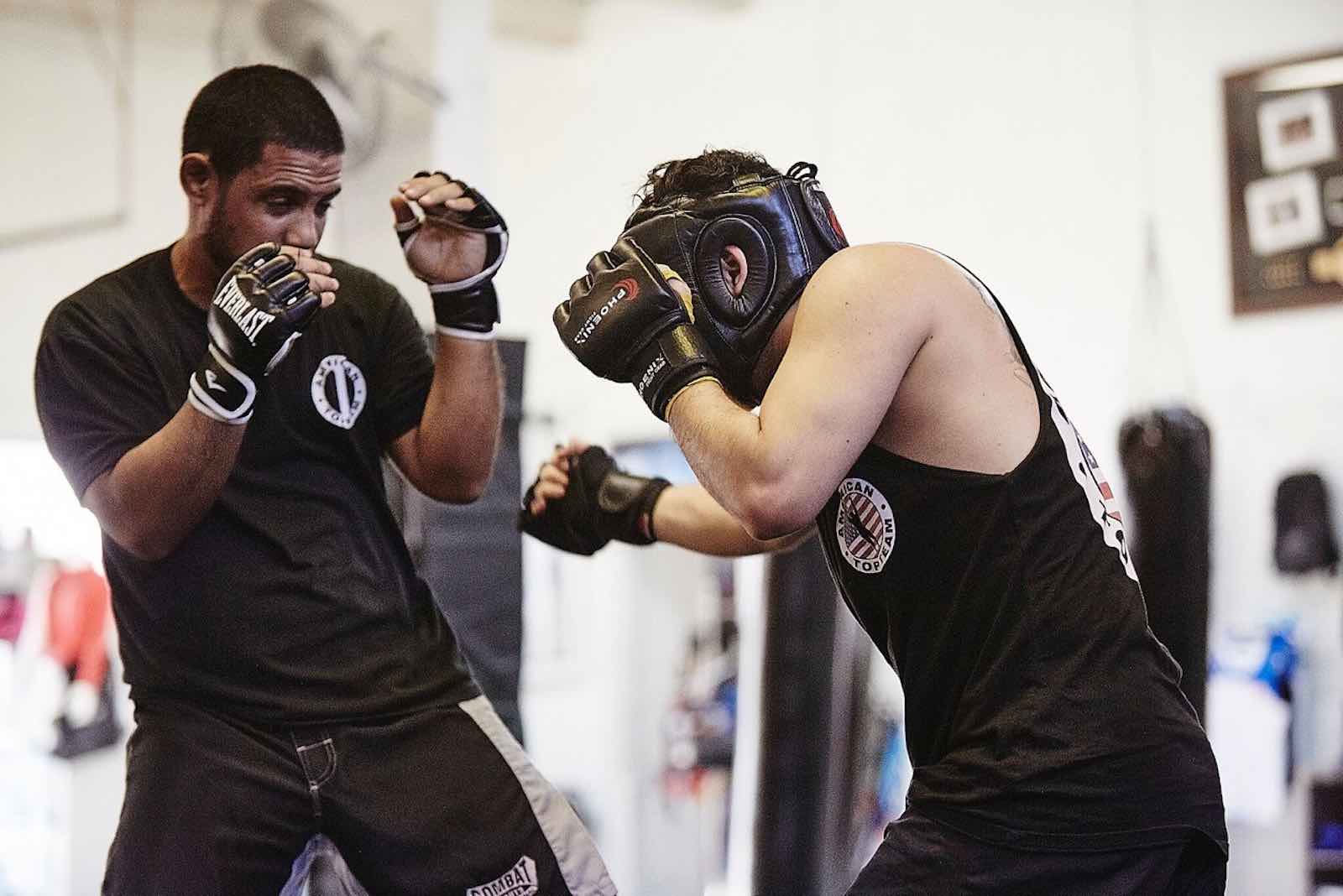 Get the Right MMA Gear & Equipment

No matter what skill level you may be at as a martial arts fighter you need to always make sure that you have the right boxing gear or equipment. For most people that get into the sport of boxing, MMA, or any other form of martial arts there is always the temptation to cheap out and just get the gear that will barely get you by.

But here’s the thing, in the Wing Chun Martial arts course SiFu Wong explains why buying and investing in the best boxing equipment, such as a quality set of heavy bag gloves, a top-rated standing punching bag, a speed bag and platform, and a set of grappling shorts is very important if you plan to stick with the sport. 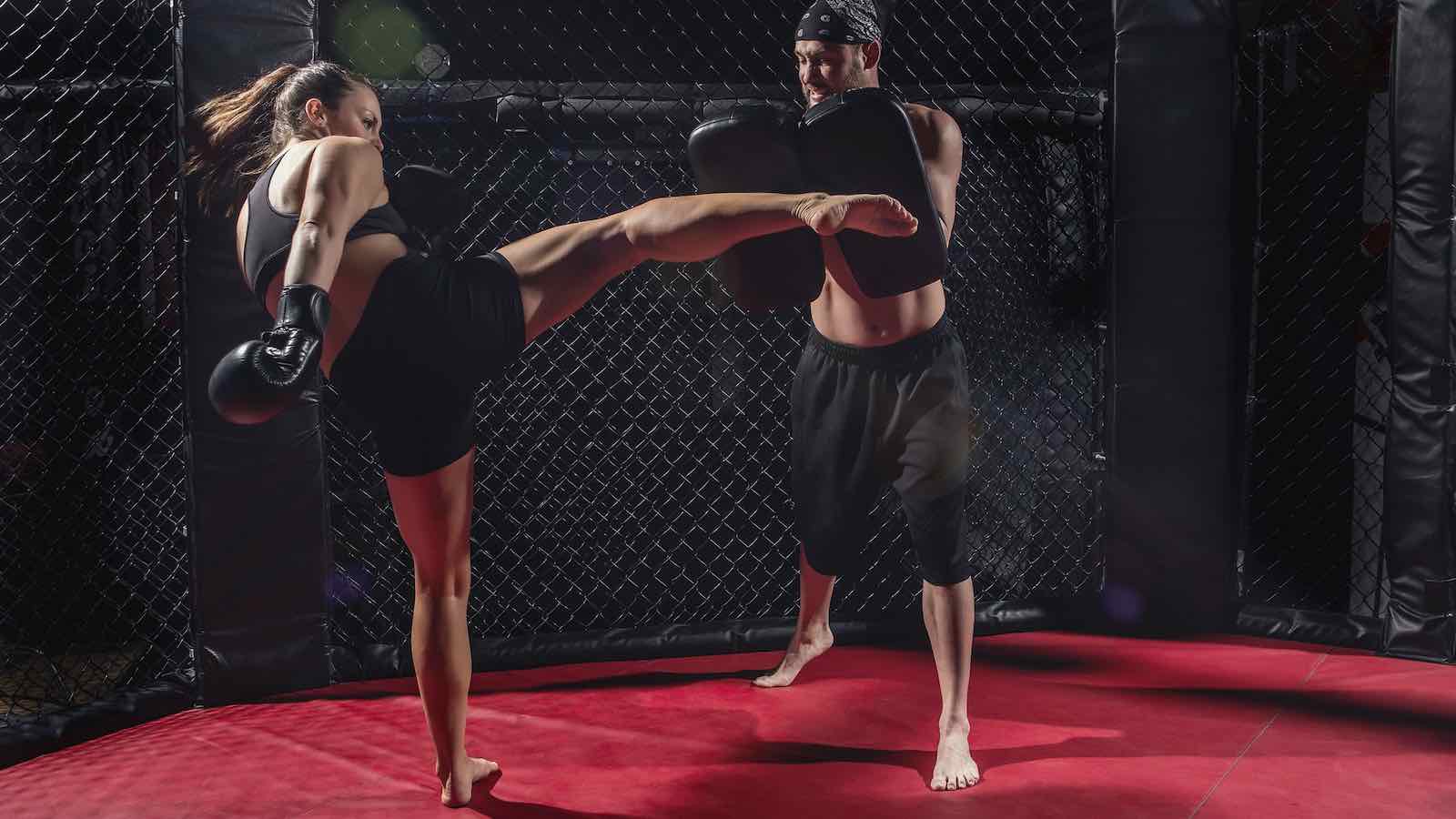 Confidence Is A Must

If you want to become more than a successful martial arts fighter, you are going to have to believe in your skills and abilities. This is also going to be harder than it sounds because more than likely there are going to be people out there that will get the better of you.

Your trainers, your coaches, and sometimes your opponents might get one over on you. Look at some of the greatest fighters of all time or current world champions. They have taken losses. There have been times when they lost rounds, but they battled back to win. It was not only their training that contributed to this, but it was their belief in themselves that pushed them forward. When you lose faith in yourself and your abilities, you will be headed down the wrong path. 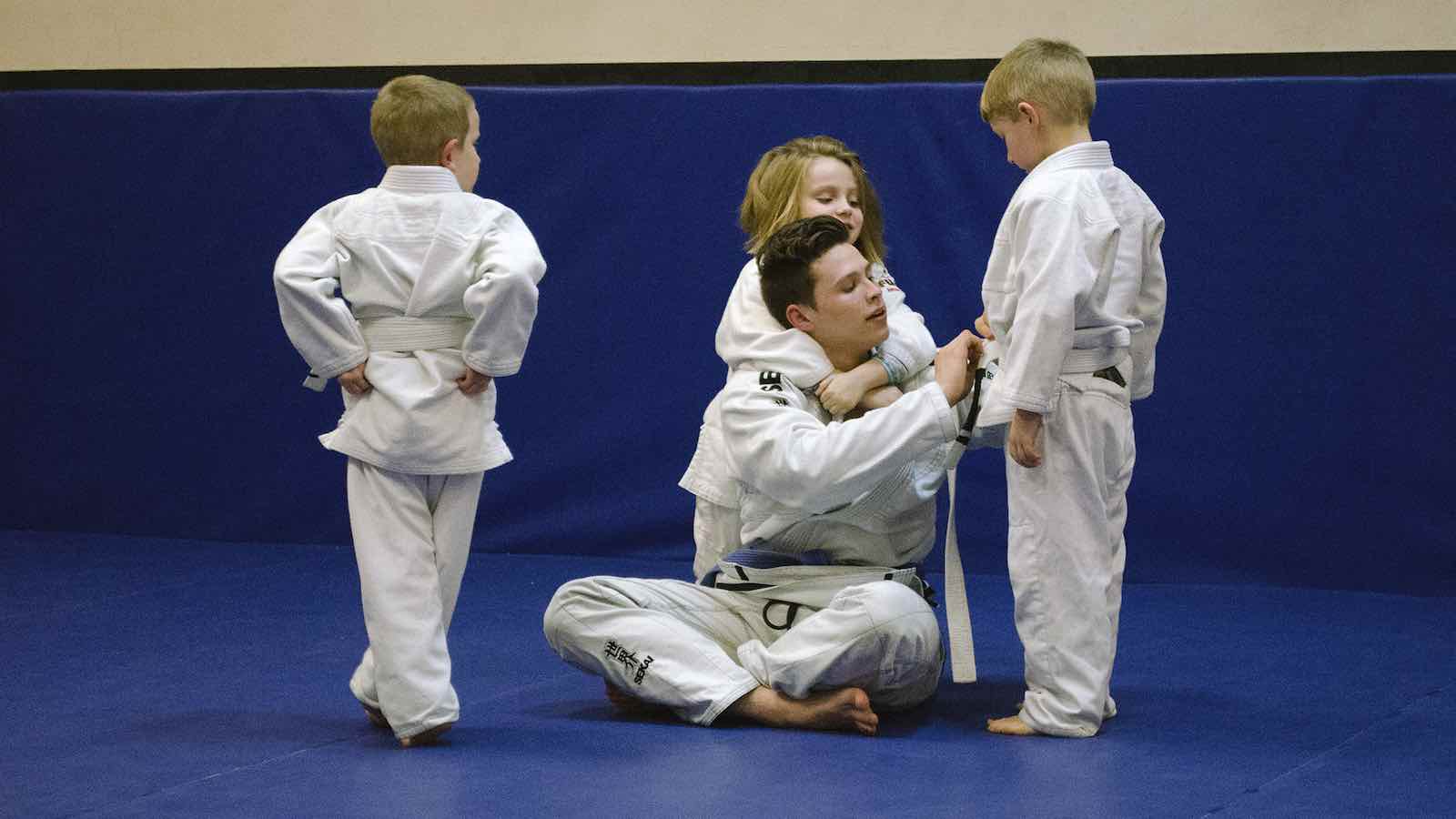 Learn To Slow Down

One of the major myths currently flowing through the mixed martial arts community is that you need to go full speed at all times. It is completely understandable as to how this myth got started. Becoming a mixed martial artist requires learning a lot of different skills and abilities.

You must know wrestling, you must know boxing, you got to be able to stop takedowns, and much more. You have to be versatile. On top of this, you also have to be in peak physical condition.

Luckily, one does not need to go full speed at all times. Going full speed all the time is just going to cause you to wear yourself out. What you need to do is take a step back, analyze the situation, and do what you are doing slowly until you have mastered it. Learning to slow down is something that will come in extremely handy when you are learning new moves and techniques. It will better help you recognize when you are making mistakes and how to correct them. 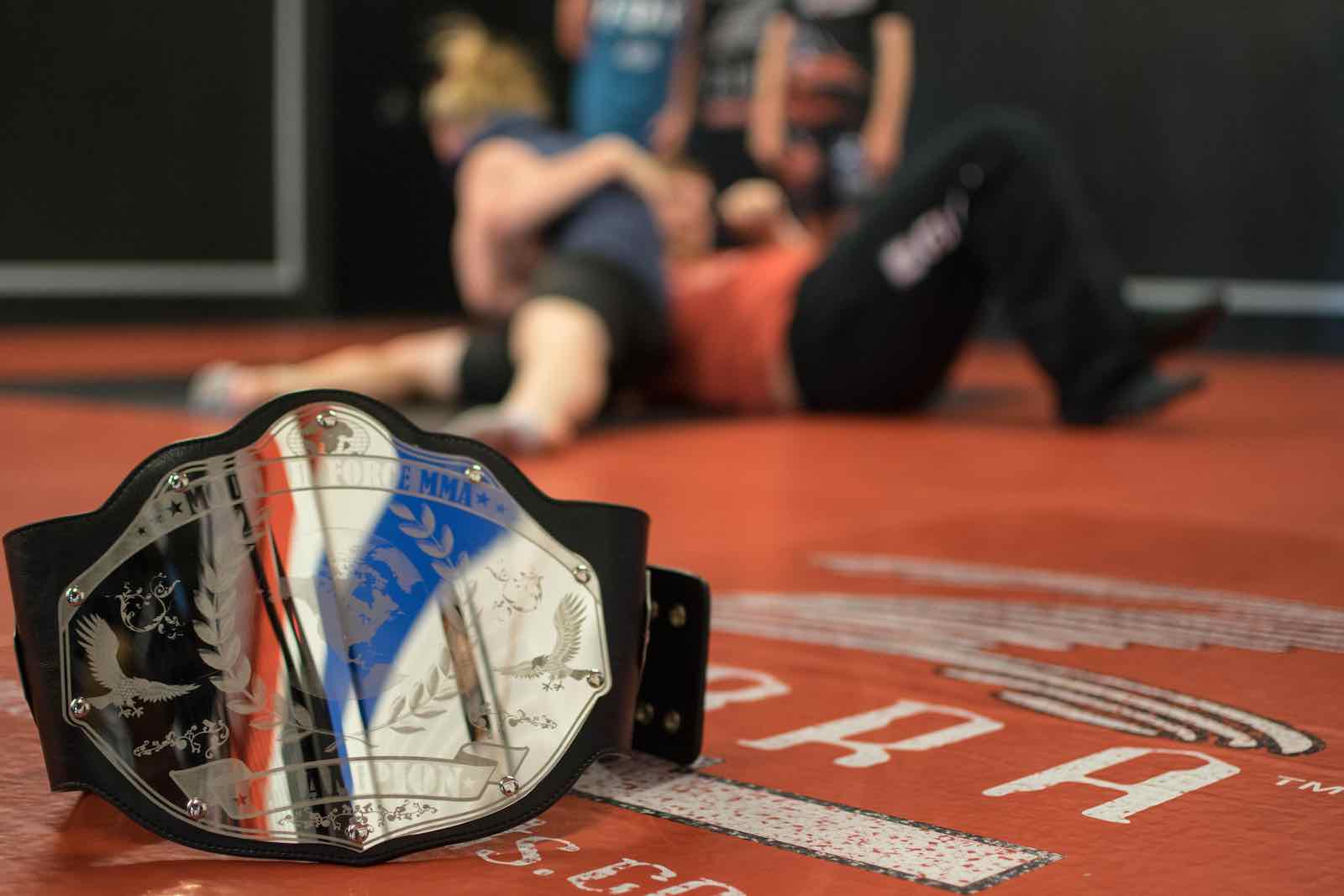 Before you work on your MMA skills, you need to know the rules of the sport. MMA is a type of fighting where fighters battle it out inside a cage. While some people view MMA as a barbaric sport, it truly isn’t thanks to close officiating and strict rules. MMA rules vary, depending on the athletic commission in charge of the event.

With that said, most of the rules are very similar. For example, fighters are required to weigh in the night before the competition. The range for each weight class is also similar. There are various weight classes, starting with flyweight and going up to super heavyweight.

Knowing the rules in advance will help you focus better on building your skills and eventually opponent. There is a long list of rules that fighters are required to know. Your trainer will help you learn what these rules are, so you are fully prepared to challenge your opponent without risk of being penalized for illegal moves.

You would be surprised to discover that most martial artists rely on training videos to build their knowledge and skills. These videos not only include training tips but also valuable information about the sport. You can learn how to properly execute moves while learning vital rules that will help keep you on the legal side of the athletic commission.

These training videos will also go over sources on where to find the best gear such as free-standing punching bags, boxing gloves, and other martial arts grappling gear. You will find various MMA training videos online. Or, you can visit your local bookstore where you will find them in the DVD version.

Unfortunately, not all of these gyms are equipped to offer MMA training. And, many of those that do offer the training do not have the proper equipment or knowledge to do it on a professional level.

You will need to do your research to find a qualified, reputable MMA gym. If you are that determined, you may be willing to relocate to get the training you need to become successful. 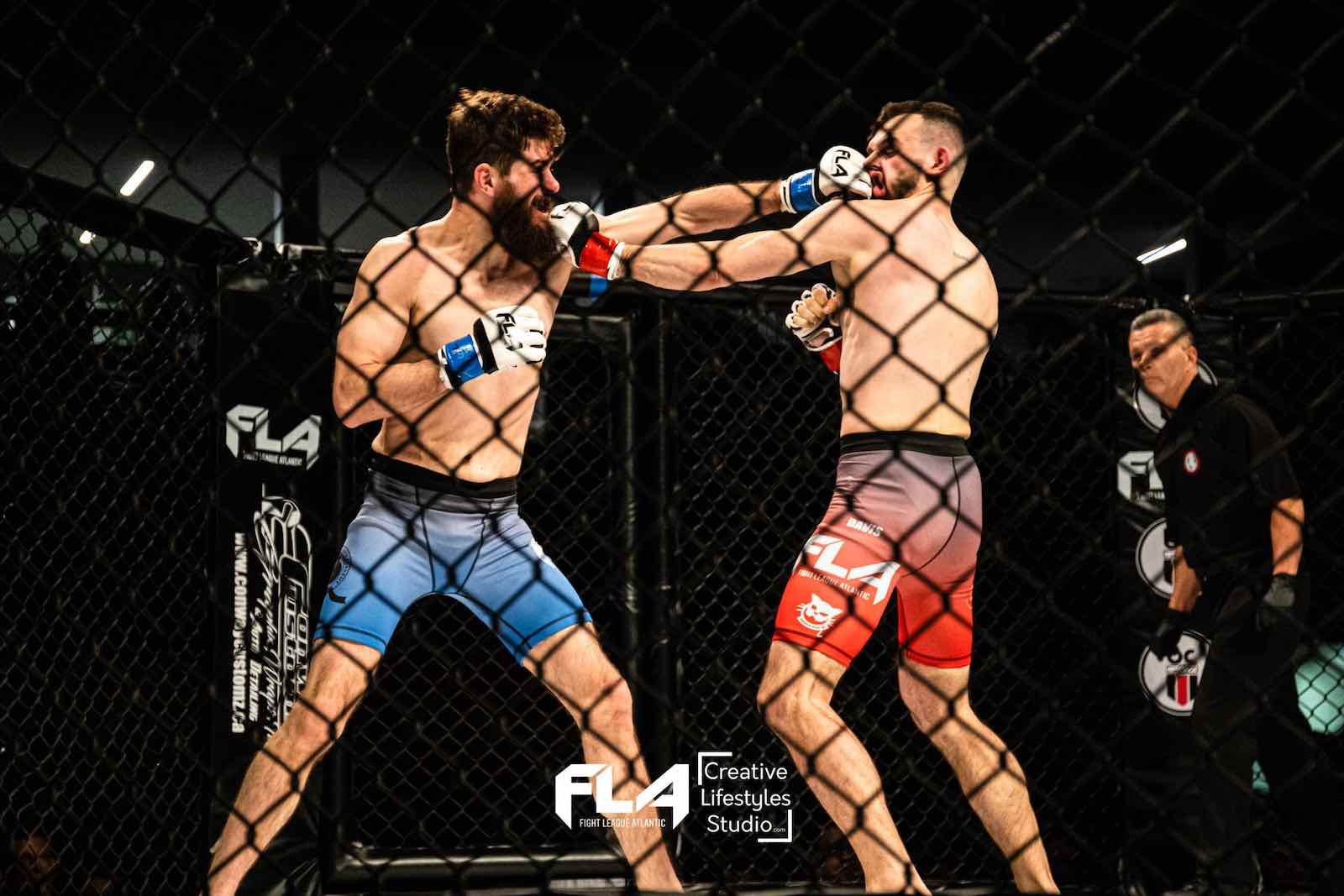 There are various MMA camps throughout the United States. Unfortunately, not all of these camps are created equal. If you are a fan of the UFC and Bellator, the two top MMA organizations, you will have heard of the top MMA camps, including Alliance MMA, Team Takedown, Tristar, Team Alpha Male, American Top Team (ATT), and Jackson Wink MMA. All of these camps are qualified to teach MMA on a professional level. 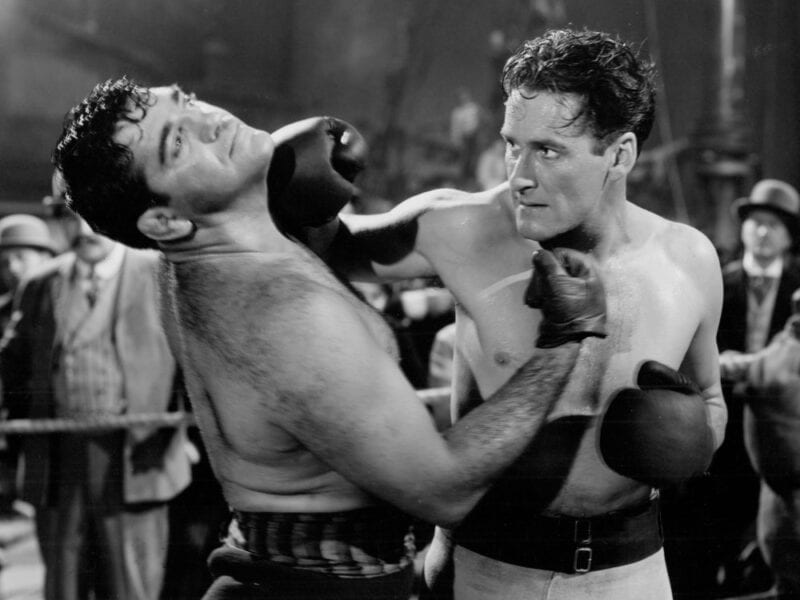 Boxing Takes the Lead on the Silver Screen 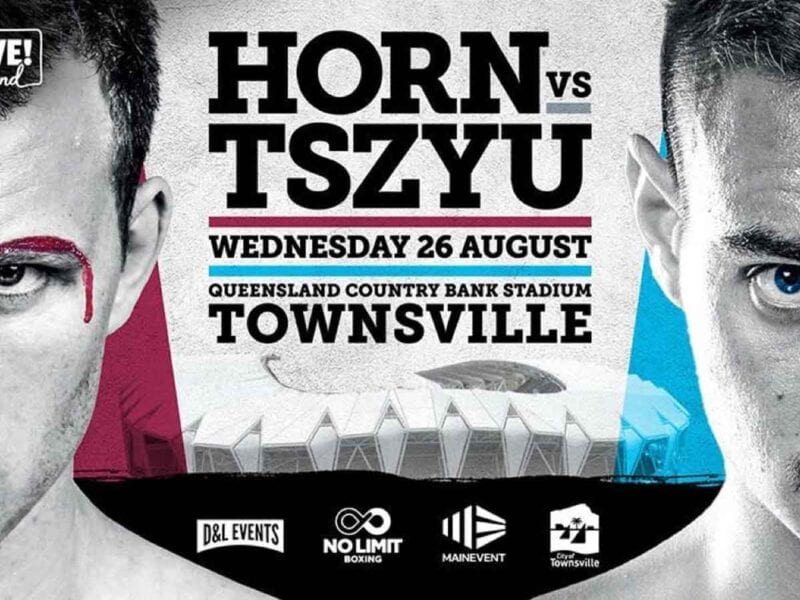 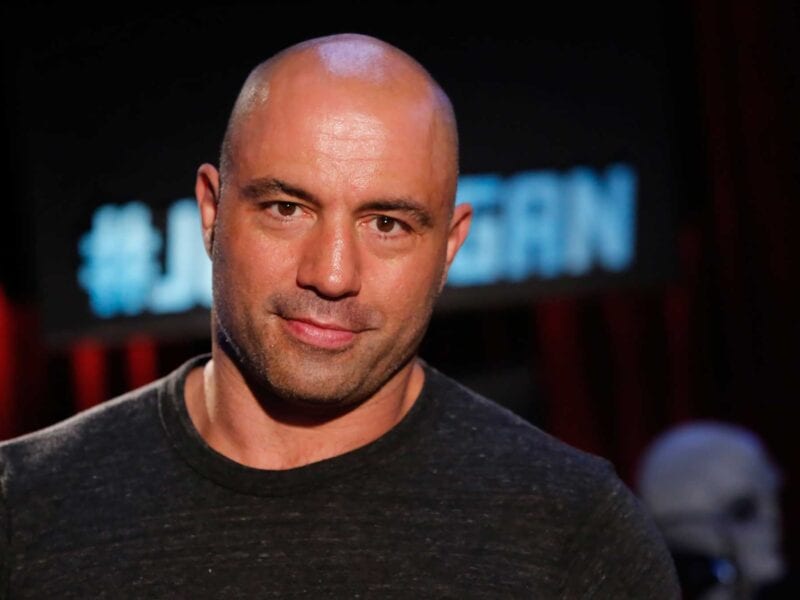