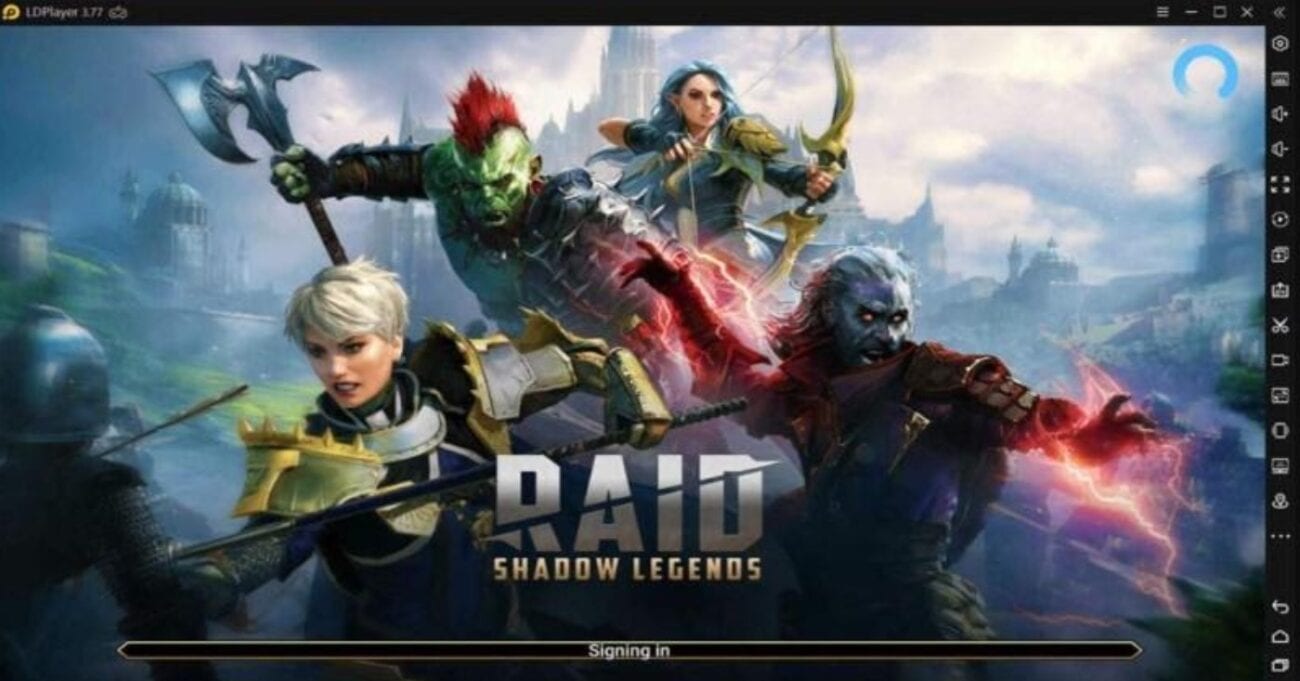 Raid Shadow Legends – Tips for How to Download on PC

Raid Shadow Legends is an MMORPG game developed by Plarium Global Ltd. The game offers hundreds of champions with 14 different factions. In the world of Telleria, you are tasked with recruiting a team of Sorcerers, Skinwalker, Undead, Knights, Elves, and others to take your enemies down. With the ability to take down multiple bosses, you will gain tons of loot, XP, and different drops. As you progress further in the game, you will end up meeting harder, more experienced versions of them and destroy them in combat. 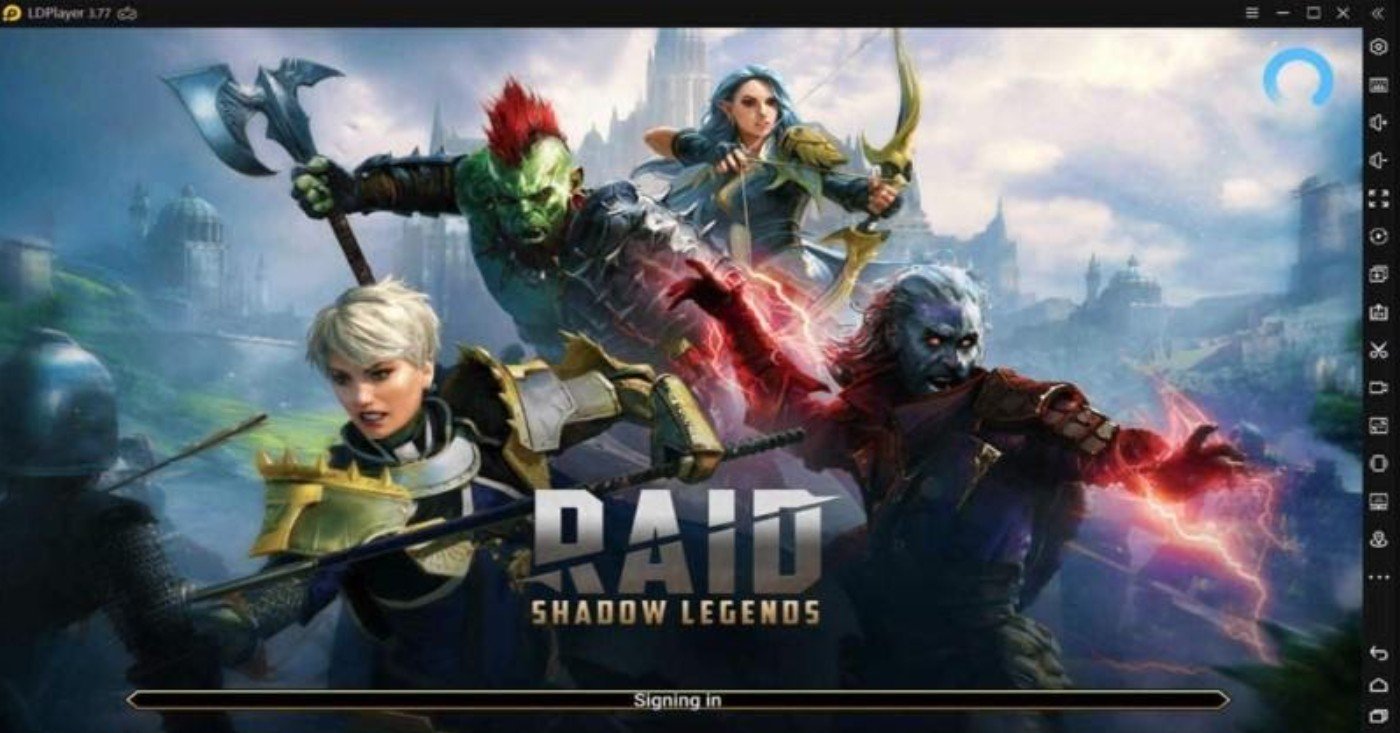 What Champion to Start Form?

As soon as you start the game, you will be given a choice to select a particular champion. This decision can be quite hard for most players as you will not know what particular champion to pick. However, we recommend that you pick a champion like Athel or Kael as your starters in the game as they are quite useful in the late game. You can also download Raid Shadow Legends for free on LDPlayer if you haven’t already.

Focus on Your Daily Objectives:

Your Daily Objectives are the most important tasks you need to do throughout the day to stop on top of your overall game. Even if you don’t have tons of time to give to the game, we still recommend that you gather all of these resources to play the game with ample resources once you have the time.

Other than focusing on your daily objectives, you can perform some other tasks that can significantly help your daily grind in Raid Shadow Legends. 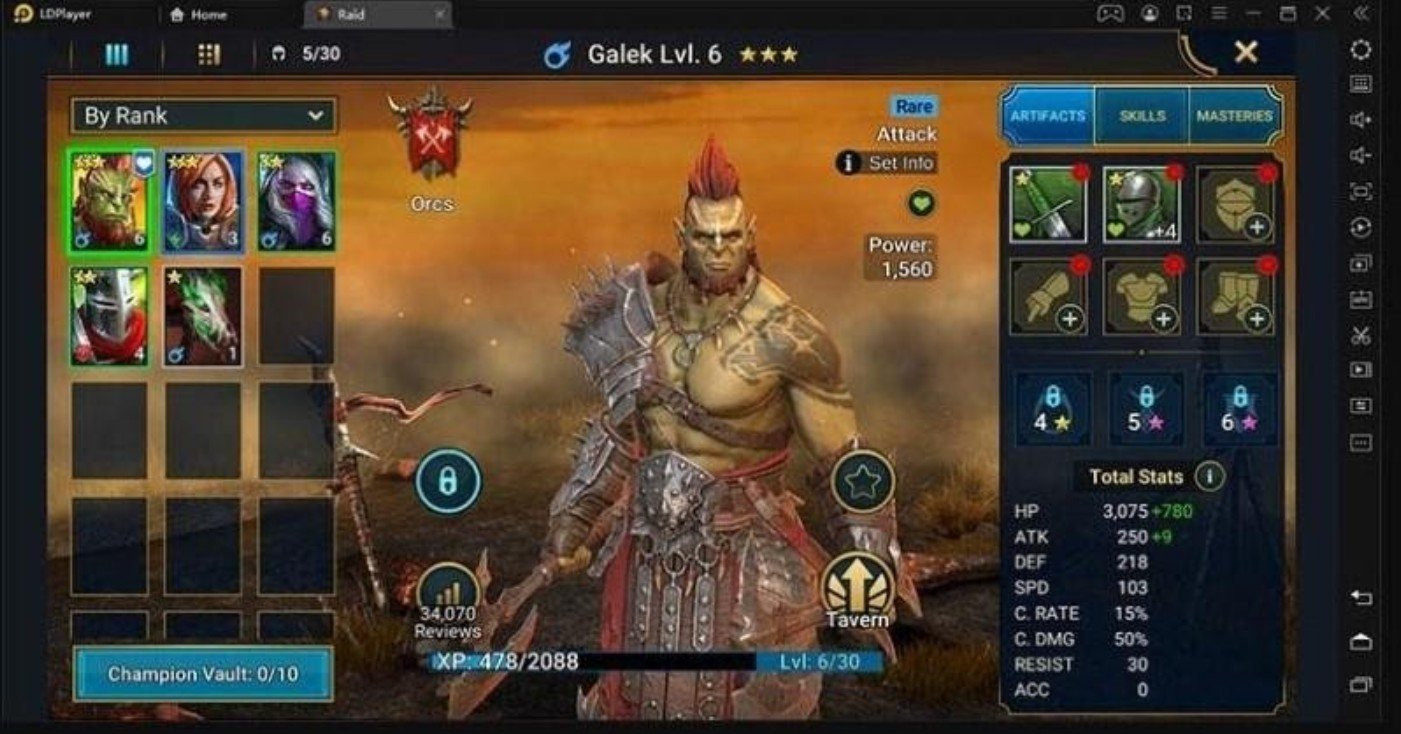 Rather than discarding or trading away your champions, we recommend keeping them whenever you can. Even if you’ve found a Void, Epic or Legendary, keep a hold of them. You never know how the meta can randomly change. So, your legendary that you haven’t been using for quite a while can turn extremely viable at a particular point.

As you keep playing the game, keep a very balanced pace. As you get better at the game, you naturally will want to progress. The game, however, does not stop you from progressing at a rapid pace. But, while you will enjoy that sense of progression, you will end up falling behind extremely quickly as you’ll be met with players who have spent a lot of time at the level you and will thus be much stronger.

As you keep progressing in the game, you’ll have tons of time to upgrade your character. However, many players experienced and new ones make the mistake of not upgrading their essential buildings. If you commit to playing the game for a long while, upgrading these particular structures is of particular importance.

For example, the Mine, Market, and Sparring Pit all provide you with advantages that might not seem very important as soon as you get the upgrade.

For example, the Gem Mine provides you with a perpetual supply of gems which is very useful, especially if you log off for longer amounts of time as you’ll have resources accumulated for you which you can then spend.

As you upgrade the market, you gain access to better artifacts and purchase blue shards, which can help make your grind easier. Lastly, as you get closer to the end-game, grinding XP can get extremely difficult.

All in all, Raid Shadow Legends rewards players who tend to think of their current decisions as investments for the future. As such, upgrading your buildings will always remain a solid investment. If you want to keep your game on the highest level, here are some ultimate tips for Raid Shadow Legends that should help you out.

Play the Campaign for the Lore: 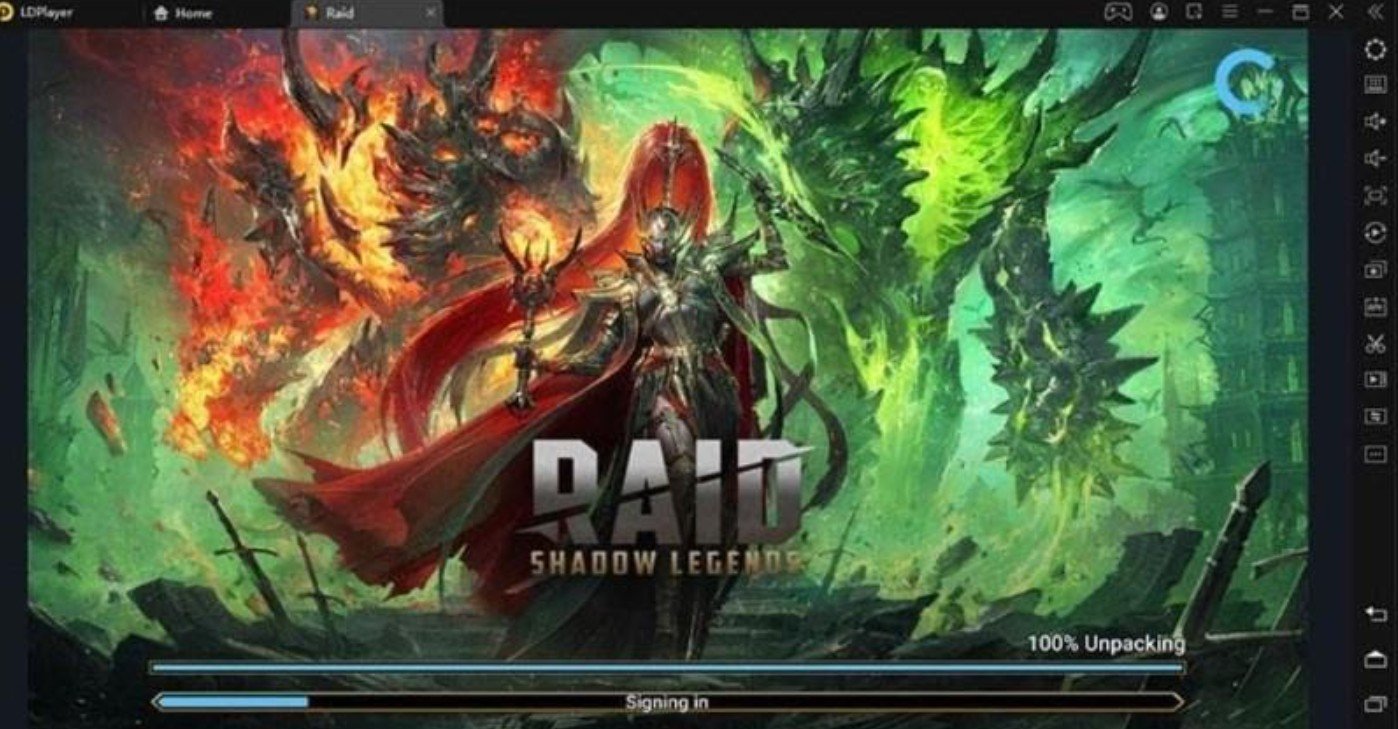 In most MMORPG games like Raid Shadow Legends, you probably won’t be playing the campaign as it isn’t very fruitful in terms of gaining XP and resources. However, while Raid Shadow Legends follow the same principle, the rewards from the campaign in some cases can help you get better at dungeons, especially if you haven’t done a lot of them, as Campaign Missions are generally easier and more streamlined.

Plus, you also get to immerse yourself in the extremely well-made story with beautiful animation and voiceovers that show the amount of love the developers have for the game. If you are ever stuck and need some help, we recommend playing the Progress Mission in Raid Shadow Legends.

Suppose you have already played the tutorial and have some confusion about in-game systems. In that case, you should play the Progress Missions as they help align you towards a more streamlined path into understanding the game in a much better manner. 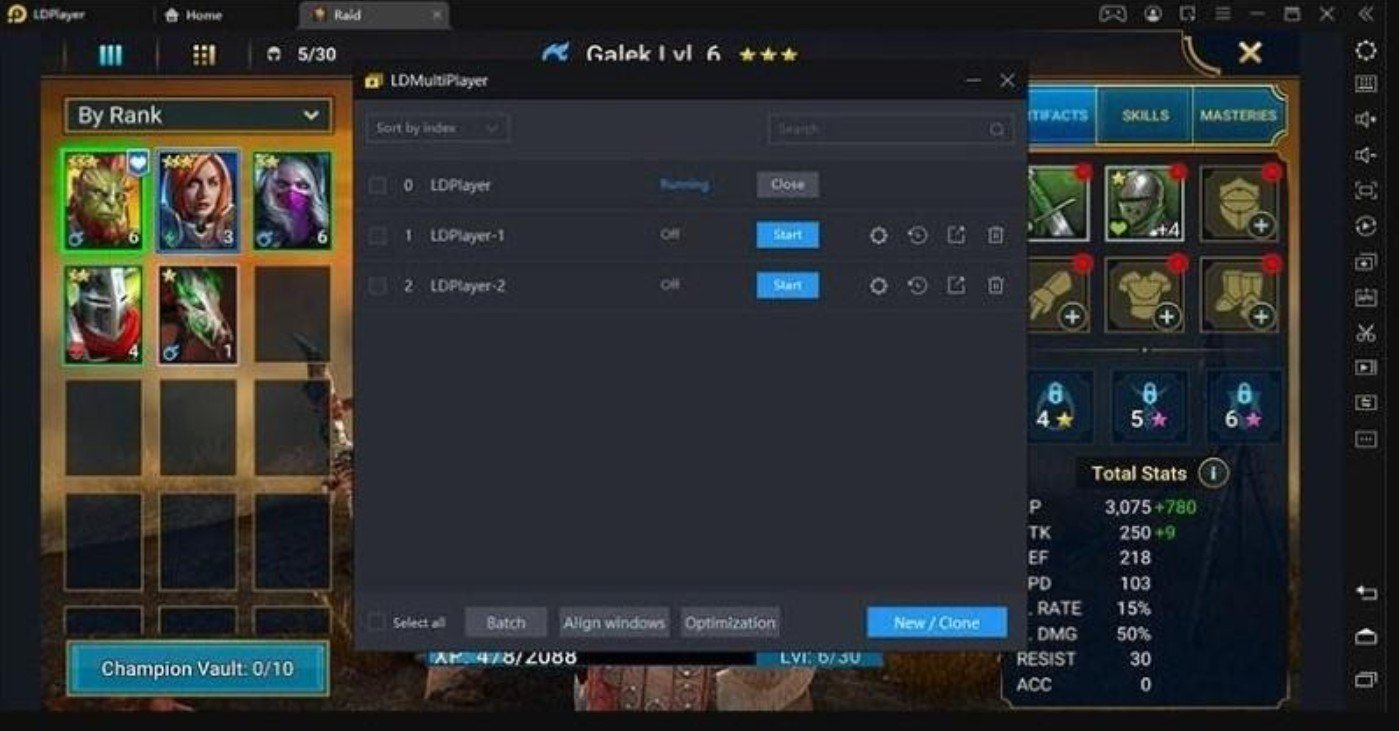 LDPlayer is an extremely powerful android emulator that is used for Raid Shadow Legends. With the game’s re-rolling system, it can get inconvenient for you to keep making new accounts if you do not get good roles. However, with LDPlayer, you can use its Multi-Instance feature, which lets you create multiple accounts in different instances of the game to make the process much easier and quicker.

With the ability to synchronize your instances, you can perform multiple re-rolls on different accounts simultaneously. After you’ve gotten your rolls, you can choose what account you wish to continue and reset the next or keep re-rolling until you get the perfect summons. The choice is completely on you with LDPlayer!

Raid Shadow Legends is an epic MMORPG game that has taken the gaming world by storm. While the game does have some Gacha mechanics, it is still extremely fun to play as it offers a lot of gameplay and depth and is also completable by free-to-play players. By following these tips, you should easily get into the upper echelons of the game with consistent grind and hard work. We recommend playing the game on LDPlayer as it provides you with the best experience while also providing you with a significant competitive advantage.