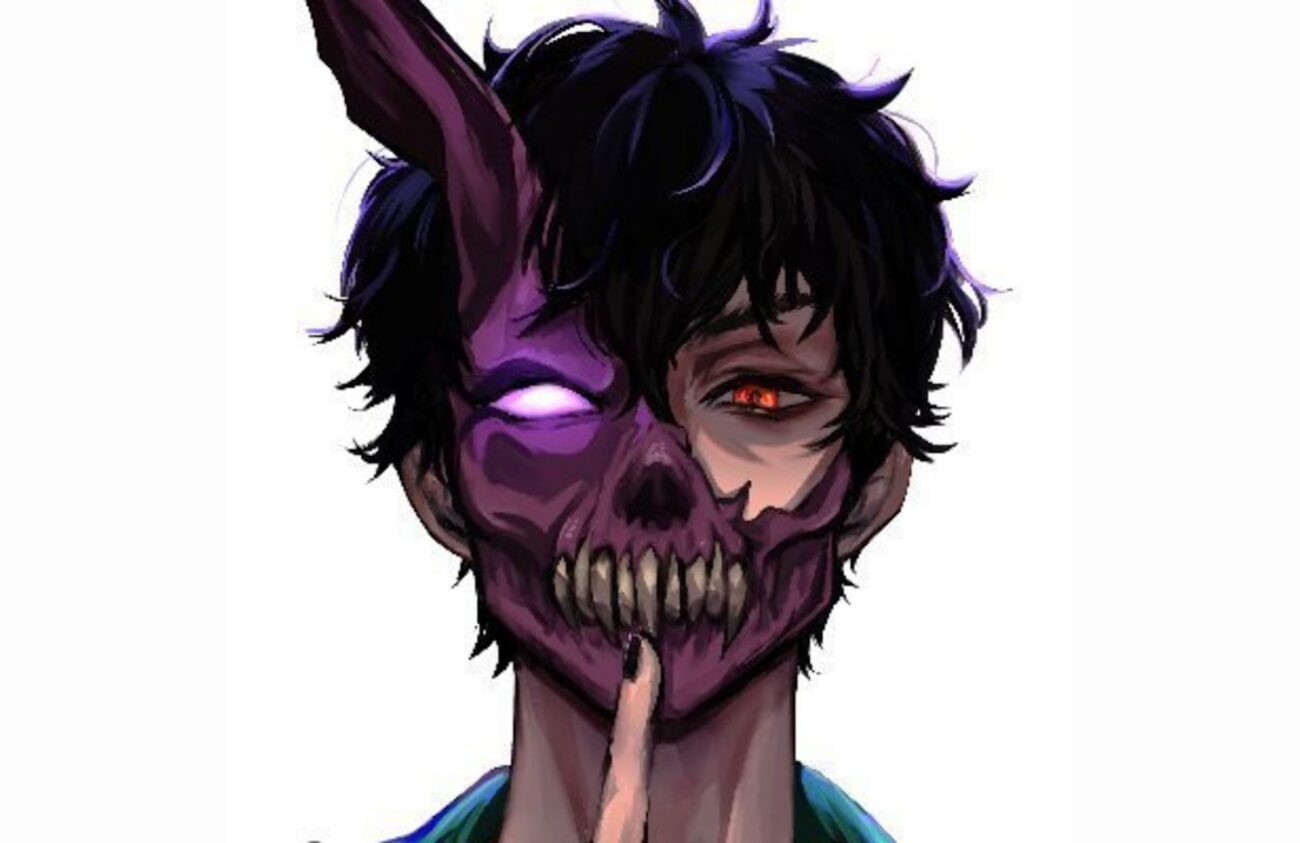 Who is Corpse Husband? Besides being a viral streamer & singer known for his devilishly deep voice, no one knew of his true identity. Not only did no one know his real name but no one had ever seen his face. Corpse Husband became an internet sensation with his song “E-GIRLS ARE RUINING MY LIFE!” and his mysterious identity.

However, after a picture of the streamer & singer circulated on Twitter, plenty of people shared their hurtful opinions of his appearance. Corpse Husband’s alleged face reveal has sparked countless hateful tweets to the artist for being what some call “a let down” while others sling more offensive comments on his looks.

Fortunately, there are also plenty of Twitter users who are supporting the artist and reprimanding those for not only invading his privacy but making hateful statements on someone’s appearance. To follow Corpse Husband’s wish to remain unknown, we will not include the photograph which he wouldn’t want to be shared.

the e girls after looking at the corpse husband face reveal pic.twitter.com/x6dNUIWQyP

Unfortunately, many responded to the unwarranted face reveal with dramatic disappointment.

girl if he was hot he would be showing his face

Keep all mean comments to yourself

Some people don’t want their identities known, end of story.

corpse husband fangirls who have tattooed his strand of hair seeing his face leak pic.twitter.com/fttW7fwvh8

The internet can be a cruel place

Perhaps this backlash is exactly why he wanted to stay anonymous. . .

I actually have no words. “Corpse husband face reveal” and then the nastiest shit pic.twitter.com/h29dLSLT1l

Apparently, no one was listening during those constant lessons on cyberbullying back in high school.

This alleged corpse husband's face reveal just showed how fvcked up our world is.

You guys think Corpse is this mega-hot guy, then y'all start bullying him when he didn't meet your standards.

Wtf are these tweets… No wonder why he's scared to show his face. pic.twitter.com/ZIaUvcCLuU

First off, let’s not be mean on the internet

Clearly, Corpse Husband wanted to remain anonymous for his own reasons and to circulate an unapproved picture is just low.

ion wanna see the “leaked pics” of corpse husband
1) bc its sick to be in his business like that when he doesnt want to be seen and
2: that might not even be him. whoever leaked it could very easily be lying about it and y’all could be spreading around sum innocent persons face pic.twitter.com/O37gkyubvw

Is it even Corpse Husband?

We don’t even know for certain who is in the discussed picture since Corpse Husband has yet to comment on the supposed face reveal. If it isn’t him, who would want to see a picture of themselves being dissed on Twitter? Not us.

if i was corpse husband and i saw everyone posting a picture of me when i was hella young knowing damn well i don’t look that anymore i’d be so mad pic.twitter.com/hqzoLYIQ8w

Would you share a picture of yourself from middle school?

Yeah, we didn’t think so.

Anyone negatively commenting on Corpse Husband’s looks should also post a selfie to prove they’re a 10/10.

corpse husband wanted to keep his identity to remain a secret and y’all go and expose it along with his family’s … my expectations for the internet weren’t high but damn y’all ain’t shit pic.twitter.com/a3ZZoSmUU4

Can we agree to only expose problematic Karens and not just anonymous streamers?

What do you think about the mean tweets towards Corpse Husband? Are you still a fan? Let us know in the comments below!