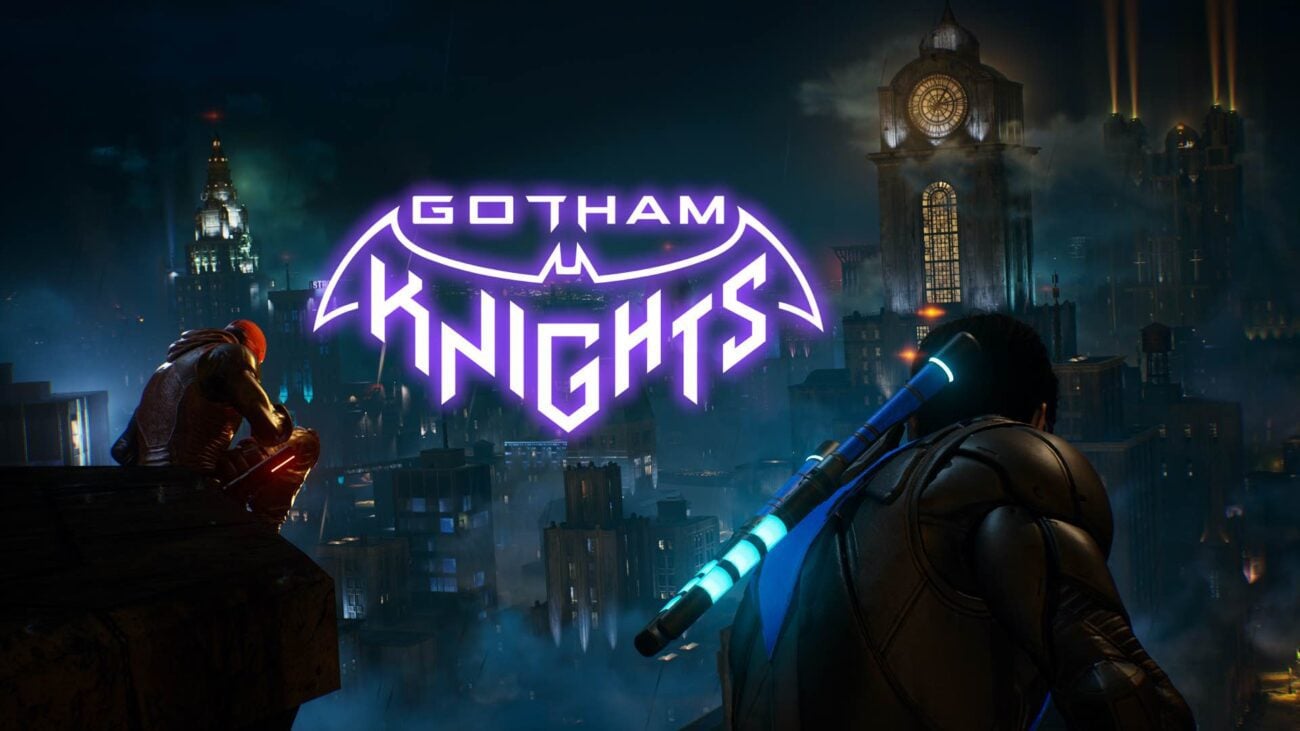 ‘Gotham Knights’: Will Batman’s absence from the game hurt or help it?

Who’s ready for a Batman game that contains no Batman? What may sound like an impossible premise is actually the setup for one of the most exciting looking superhero games in a long time. In Gotham Knights, Batman’s past mentees – Nightwing, Red Hood, Batgirl, and Robin – take over defending Gotham City when the Caped Crusader is killed in an explosion.

Fans have been waiting for a new Batman game since the Arkham Knight series ended, but Gotham Knights isn’t something anyone was expecting. DC first announced the game at FanDome in August 2020. At the time, it had a 2021 release date, but delays have pushed that back to 2022. Despite the disappointing delays, Gotham Knights looks like it will be just as good as, if not better than, the Arkham Knight series.

Some fans may be concerned about a Gotham game with no Dark Knight, but most are convinced that Batman’s deep bench of teammates will more than make up for his absence. You can be the judge for yourself. Come with us to learn everything we know about Gotham Knights. 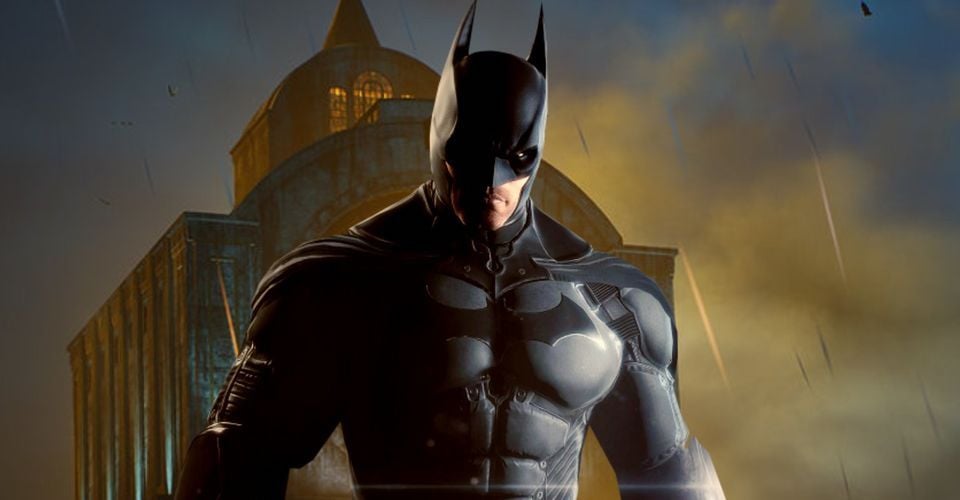 Getting the gang together

The announcement trailer for Gotham Knights opens with the news of Batman’s death. Bruce Wayne’s body is found after an explosion, and four crimefighters get a final message from Batman sent to them. It’s only a matter of time before Gotham’s supervillains realize that Batman is gone, so Bruce asks Nightwing, Red Hood, Batgirl, and Robin to unite to defend the city in his absence.

The trailer doesn’t reveal much of the game’s plot. Instead, it highlights the unique fighting capabilities of each hero and shows how they work together to defeat baddies. It also hints at some of the big villains fans can expect to see in Gotham Knights. There’s a definite Mr. Freeze sighting and several references to the infamous Court of Owls near the trailer’s end. 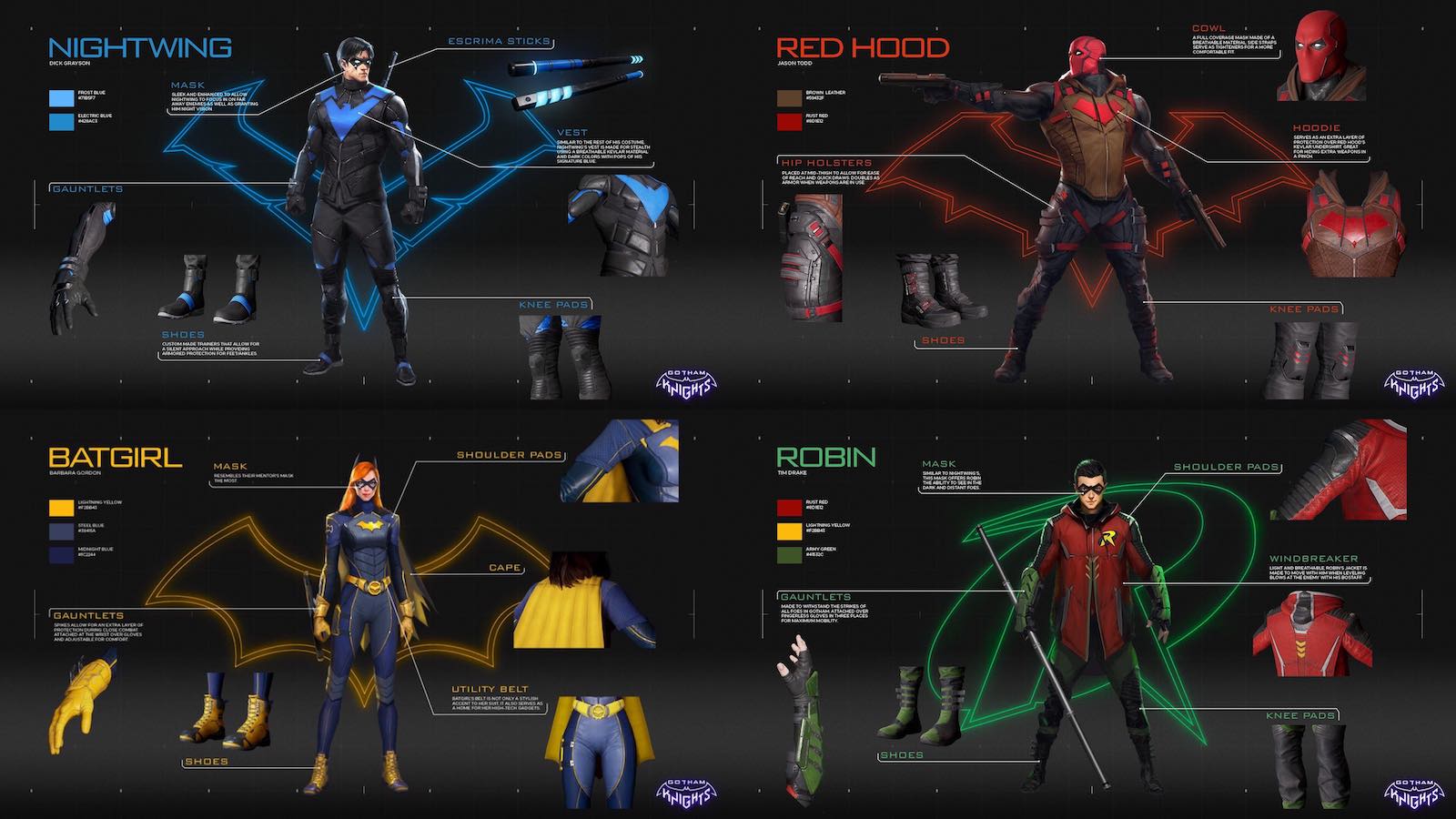 WB Games Montréal has made it clear that Gotham Knights will be an open-world action role-playing game. The game will be primarily single play, but one friend can drop in & out of your game to team up with you. Players will traverse the city in different ways depending on which hero they’re playing as, but they’ll all have access to the Batcycle for quick trips across town.

Dick Grayson as Nightwing uses acrobatic attacks and his dual escrima sticks to take down enemies. Jason Todd the Red Hood has finally accepted Batman’s no-killing policy, but he still uses stun guns to clear through a crowd. No one matches Barbara Gordon’s computer skills, and Batgirl is a talented martial arts fighter. Tim Drake’s Robin uses stealth and a quarterstaff to fight his villains. 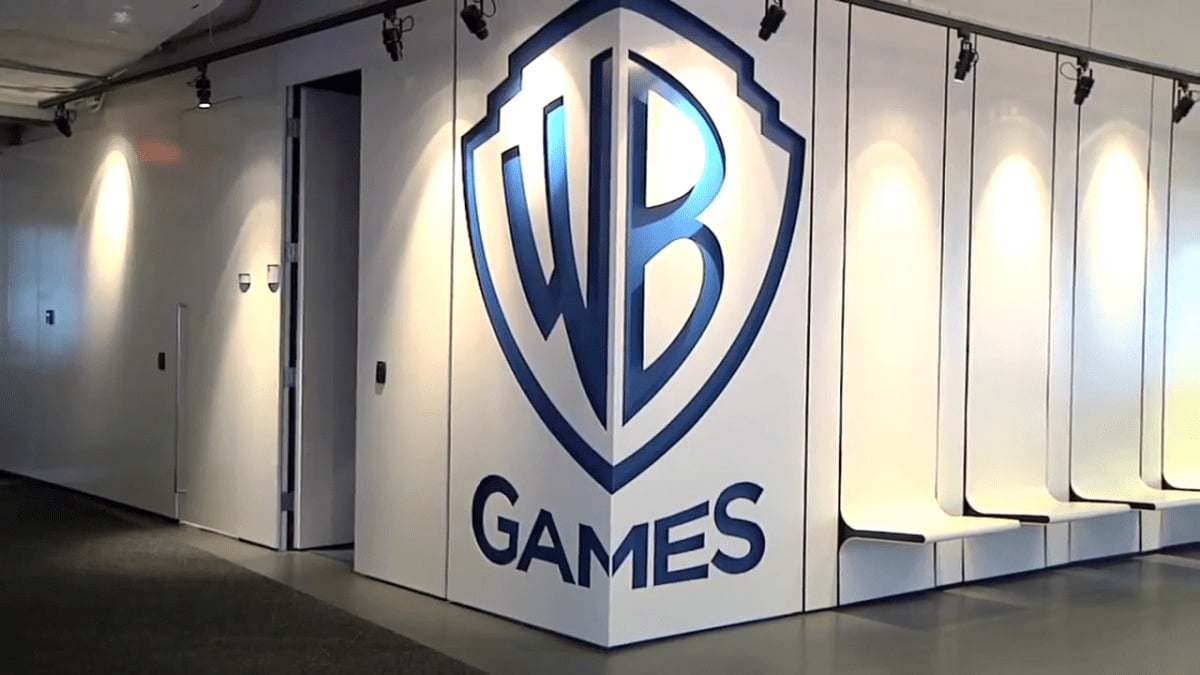 There are enough characters & action packed into Gotham Knights for four different games. WB Games Montréal has lofty ambitions for their game, but from early trailers and development updates, it seems that they’re well on their way to accomplishing their goals. Every new Gotham Knights update looks better than the last, and we’re so excited to see the Bat-Family that we’ve almost forgotten about Batman. Almost.

So, when can fans expect to get their hands on the game? Unfortunately, no release date has been specified yet. The game was originally scheduled for 2021, but it was pushed back to an indefinite date in 2022. That’s the bad news. The good news is that when Gotham Knights finally drops, there will be no shortage of ways to play it. The game is being developed for Windows, PS4, PS5, Xbox One, and Xbox Series X/S.

Are you excited to play Gotham Knights? Do you think the game will work without Batman? Let us know in the comments.