Sex scenes in movies: All the scenes where actors were traumatized

Sex scenes are never a walk in the park for an actor and they’re rarely, if ever, arousing. What’s sexy about performing raunchy, rehearsed choreography, while nude, as a dozen people shove cameras at you? Unless you have a really specific kink, then probably nothing at all.

While sex scenes are awkward, they’re just like any other part of the film: rehearsed, technical, and professional. Sometimes though, things can get carried away and a sex scene gone wrong can leave the actors performing them with some residual trauma. Here are some sex scenes in movies that were so awful during filming they left the actors traumatized.

The sex scene in Cherrybomb was between actors Rupert Grint & Kimberly Nixon. For Grint, it was his first-ever sex scene and he recalls it as being a traumatic experience. The actor remembers being scared about not knowing what he was going to have to do for the scene.

The worst part of the whole thing for Grint was the fact that the twelve men on the crew were all standing around watching him. Grint did acknowledge later on that the whole ordeal was probably much worse for his female co-star.

Sarah Silverman talked about a traumatizing sex scene she endured on the Howard Stern Show. Though she never mentioned the name of the movie, it was clear she was referring to her work on the comedy Saint John of Las Vegas. Silverman was set to do a sex scene with her love interest played by Steve Buscemi.

During the actual filming however, Silverman worked with an extra rather than the real actor. The extra simulated sex against Silverman while completely naked and no obstruction was placed between them beyond the underwear Silverman was wearing.

Sarah Silverman described the whole experience: “I had a brutal sex scene in something that [before] I was looking around going, ‘Is there going to be a board between us?’ I fell on deaf ears and the next thing I knew it was happening. It hurt to walk for days . . . [I expected] someone would have thought beforehand and protected me in some way . It felt very violating”

Stanley Kubrick was known for his brilliant films which he produced through his methodical, relentless reach for perfection. In A Clockwork Orange, a famous scene shows the brutal rape of a woman while her husband is beaten in front of her. The first actress Kubrick cast for the role refused to come in for the scene.

Malcolm McDowell who portrayed the protagonist of A Clockwork Orange said about the incident: “She called in sick and said it was too humiliating because it involved having to be perched, naked, on Warren Clarke’s shoulders for weeks on end while Stanley decided which shot he liked the best.”

In the end it was Adrienne Corri that had to go through the traumatic filming while Kubrick took his sweet time getting it exactly right, like he always did.

The passionate lesbian love story in Blue is the Warmest Color received critical acclaim when it released in 2013. The graphic sex scenes between the two actresses, Léa Seydoux & Adèle Exarchopoulos were praised for their intense sexual energy.

To achieve this level of feeling, director Abdellatif Kechiche told the women they had to trust his direction implicitly. Exarchopoulos stated “He warned us we had to trust him – blind trust – and give a lot of ourselves . . . . But once we were on the shoot, I realized that he really wanted us to give him everything. Most people don’t even dare to ask the things he did.”

It took ten days of filming to create the ten minute sex scene in Blue is the Warmest Color. When Kechiche heard about the actresses’ comments, he called them out for complaining about suffering when they were winning awards & praise for their work.

Marlon Brando was making a comeback in 1972 when he starred in Bertolucci’s Last Tango in Paris. Opposite the star was Maria Schneider who was twenty-years-old at the time and played Brando’s much-younger love interest.

Bertolucci put Schneider in a compromised position when he neglected to write in the script, or even tell her until right before filming, that there would be a rape scene between her character and Brando’s. Schneider refused to do it but was persuaded by Bertolucci & Brando.

In the infamous scene, Brando’s character uses butter as a lubricant to anally rape Schneider’s character. Although the sex was simulated, it had a profoundly negative effect on Schneider and she claimed it ruined her life. 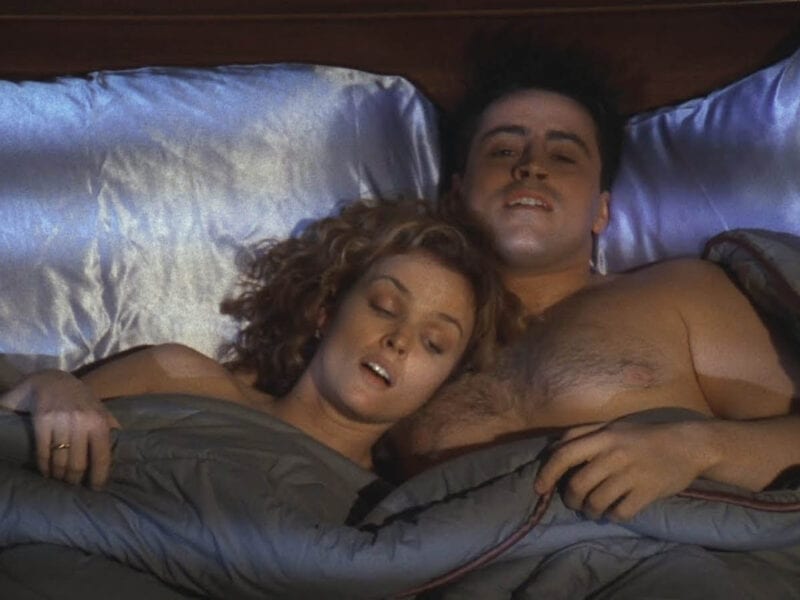 These celebrity sex scenes are *definitely* NSFW: Check them out