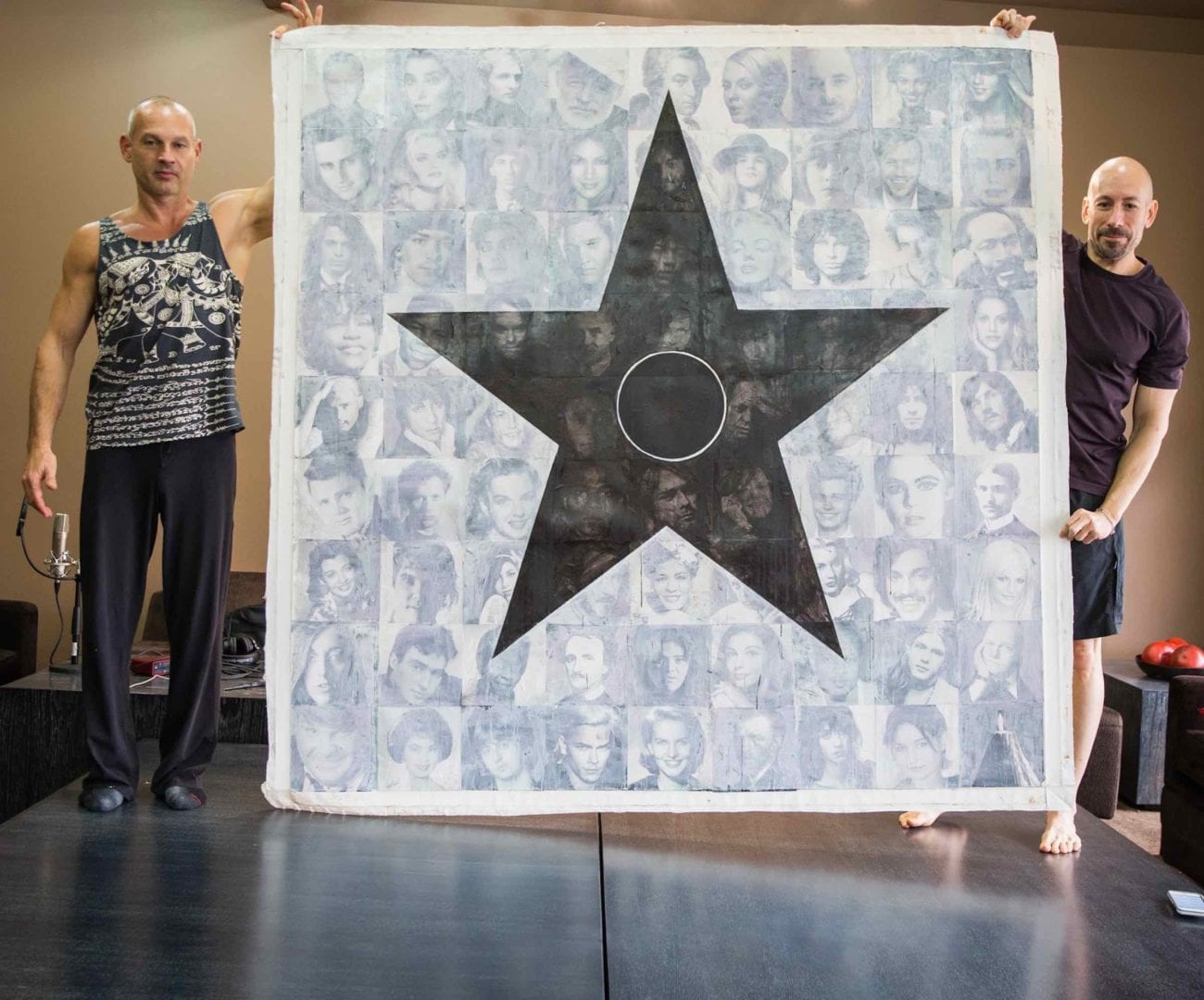 Today we’re profiling Black Star from Jon Butcher, directed by Akira Chan and executive-produced by Joe Polish. The movie follows Jon Butcher’s first-person narration in his tribute to the greatest artists the world has lost to addiction. Serving as a call to action for viewers, Jon and Joe’s mission is to pay homage to the fallen through art while recognizing those currently struggling with addiction.

Butcher and his family set out to Bali, where with some introspective thinking and deep reflection of the life and works of David Bowie, the stars aligned to conceive his greatest work yet.

A “black star” in astronomy shines so brightly that it burns out and dies – but leaves its mass behind. Black Star the film chronicles Jon Butcher’s channeling of an art piece that represents eighty artists the world has lost.

Throughout this process, Jon not only explores the relationship between art & addiction but experiences a powerful transformation of his own. Black Star is a tribute to the artists we’ve lost to addiction and a call for each of us to help those currently struggling. 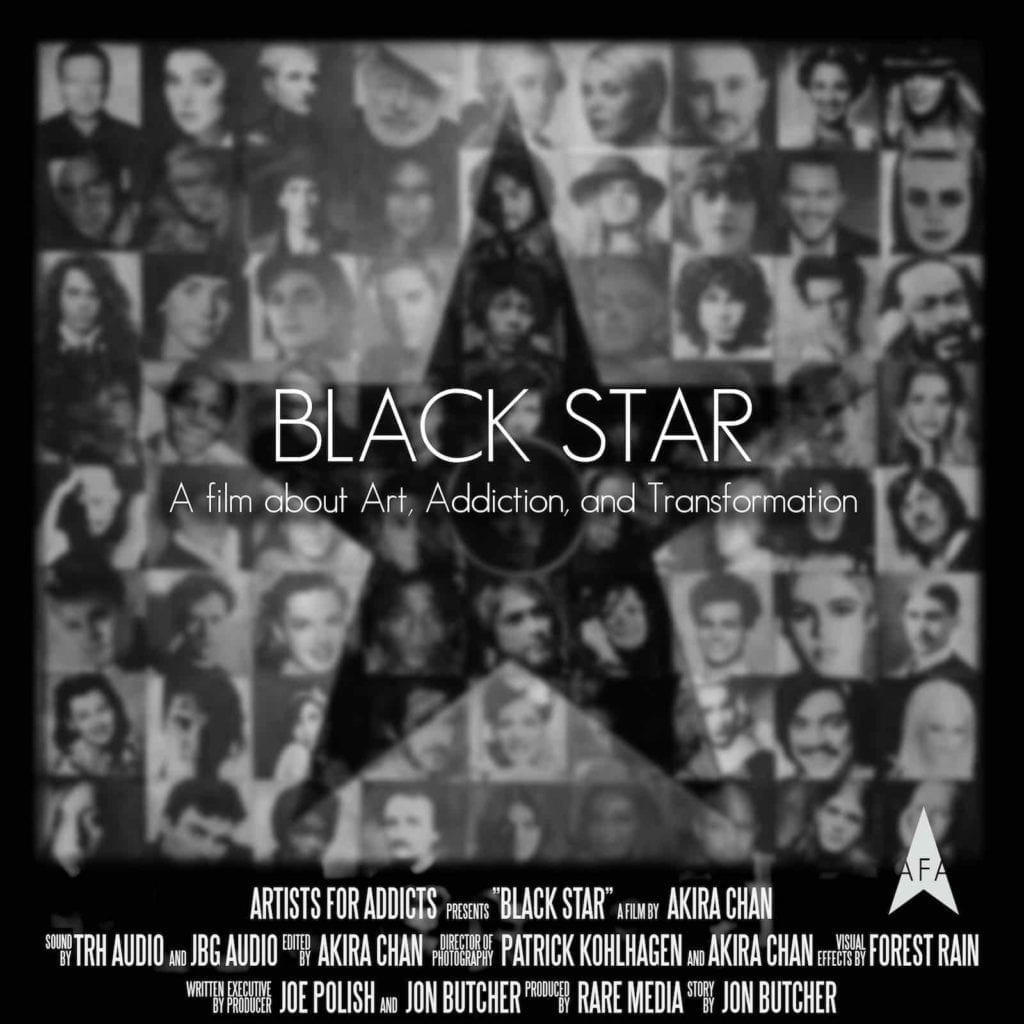 Former addict Joe Polish came up with the idea for Artists for Addicts when he realized there may be a connection between the arts and addiction that may hold answers to the ongoing addiction crisis. Through his work, Joe hopes to foster a more compassionate and effective way to view addiction: as an opportunity to heal, grow and transform as human beings.

Known for his ability to connect with almost anyone on the planet, Joe Polish leverages his networking prowess through his highly renowned Genius Network and GeniusX Groups for Entrepreneurs. He works with household guests like Peter Diamandis, Tony Robbins, Sir Richard Branson, Steve Forbes, and John Mackay, coming to share their wisdom in his high-level groups.

At these events, as well as his work as a consultant, Joe has helped build thousands of businesses, generate hundreds of millions of dollars for his clients, and change the lives of many others through charitable causes including Joe Volunteer, Artists for Addicts, Genius Recovery, and Sir Richard Branson’s Foundation, Virgin Unite.

Joe continues prominence in business & entrepreneurship, reaching people not only through business endeavors but various forms of media. He’s the cofounder of three popular podcasts, 10XTalk, iLoveMarketing, and GeniusNetwork, and is the executive producer of Black Star and the founder of Artists for Addicts and Genius Recovery Foundation. 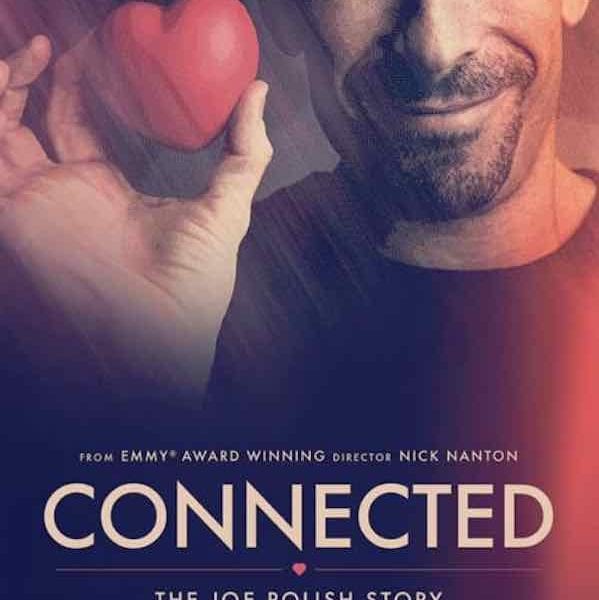 Indie Movie of the Day: ‘Connected’, the story of Joe Polish