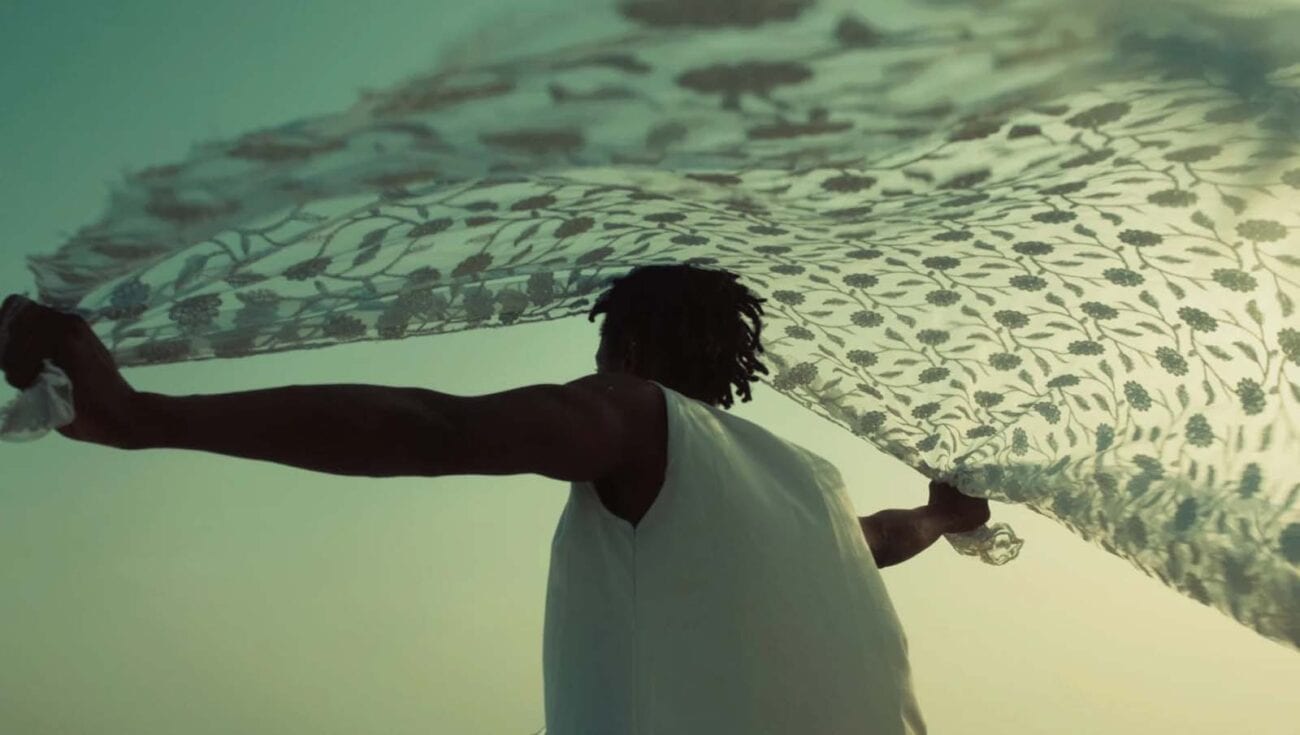 ‘Spirits We Dance’: an award-winning film directed by Natalija Gormalova: Watch it now

Ghana filmmaker Natalija Gormalova has been on a path of art since her early years.. Moving to London at the age of seventeen, she studied photography, and eventually received a scholarship to study for a masters in photography at the Royal College of Art. Originally from Latvia, Gormalova has been around the world and back until she found her home in Ghana.

After years of success in photography, Gormalova is beginning to move from photography to videography, with her new film Spirits We Dance. Focused on two contemporary dancers, the story Gormalova is telling with Afiyie’s and Alfred’s journeys intertwining is heartwrenching but has a strong sense of magic with it.

Of course, if you’ve seen Gormalova’s photography before, it’s no surprise she’s telling the story of two disabled dancers. Gormalova has always been a woman of raising voices that need more of a spotlight. Just looking at her Visura page proves that she takes the time and care to highlight voices that often are overlooked by the rest of the world. Afiyie and Alfred are no different. 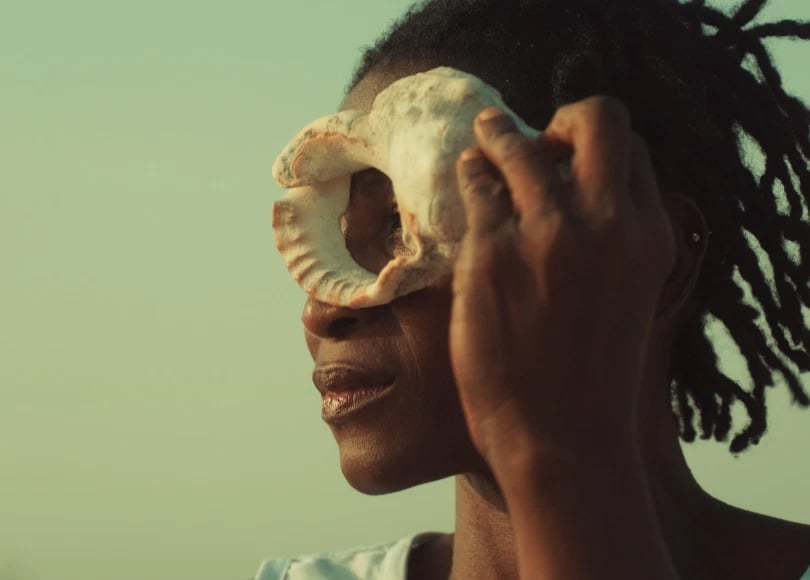 Both Alfred and Afiyie are dancers that have their disabilities they’ve been living with for years. Afiyie had an adverse reaction to a polio vaccine and became paralyzed from her legs down, while Alfred contracted polio as a child. Afiyie of course tries to teach her daughter that nothing can hold her back with her disability. Alfred, in his fight to earn money for his family, also has to fight masculine stereotypes, as even contemporary dancing is not seen as masculine.

The story Gormalova has chosen to tell shines a light on something so few people would even think of: disabled dancers. People fail to realize that so many dancers who are more than just their circumstances, and fought a lot of barriers to get to the stage. By bringing us into the world of Afiyie and Alfred, we get to see what it took for the two to get to this point, but we also get hope for the future through them, especially Afiyie and her daughter’s relationship.

Leaving behind the physical world and escaping into the spiritual world of dance, you can’t help but watch Spirits We Dance with a sense of wonder and magic in your eyes. Building this surreal world to tell Afiyie and Alfred’s story, it’s hard not to fall in love with these two and their passion and watch in amazement at all they’ve achieved. 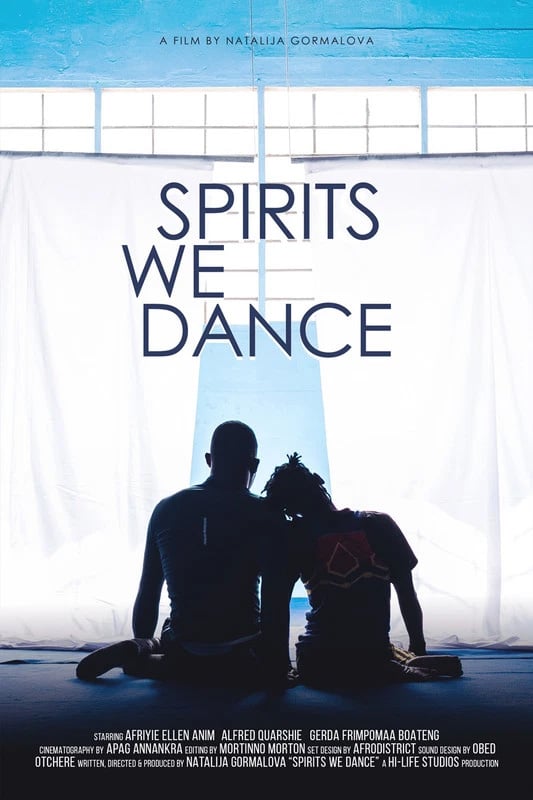 But like we said before, a big part of this is the pure-hearted intentions from Natalija Gormalova. Even in her photography, Gormalova always tried to tell the stories of those who’ve gone under the radar. Discussing her work, Natalija Gormalova said, “In my work I explore living conditions, economic, physical and emotional aspects of daily life especially in rural areas and minority groups of society. Film is a journey into the soul of the world and I see importance and value in visual storytelling and unveiling the common truths.”

By exploring the soul of the world, while shining a light on the unspoken voices in Ghana, Gormalova brings a sense of magic to the world through the lives of people who deserve all the attention in the world. Just learning about Afiyie and Alfred and the struggles they’ve gone through but the dreams they’ve achieved leaves a warm feeling in our hearts when Spirits We Dance ends.

From disabilities to migration, climate change to culture, Natalija Gormalova has spent a life trying to connect Accra, Ghana to the rest of the world, so people finally see the city for what it is. Unfortunately, a lot of people still see African countries as 3rd-world with no resources and struggling, while many of these cities are thriving and dealing the same issues the rest of us are dealing with. 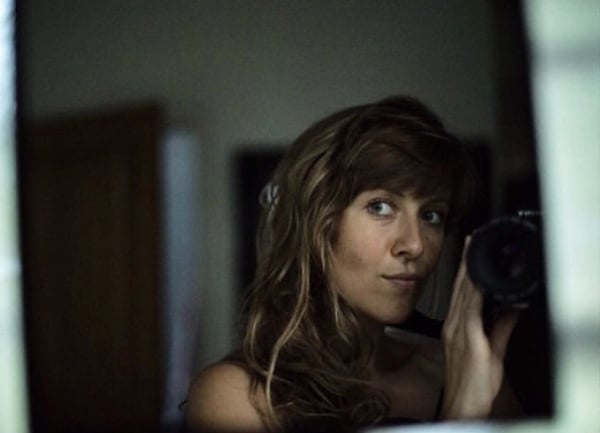 Spirits We Dance may just be the beginning of what we can expect from Natalija Gormalova. The director has been telling stories for years in a visual medium, and we don’t see her stopping anytime soon. We’d love to see more film work from her as well, as it’s clear she has a talent for pulling the magic out of everyday people.

But even if this is the only film she makes, it’s a legacy in itself. Spirits We Dance took home Best Director and Best Cinematography at the 2020 Montreal International Indie Short Film Awards, and will be in competition for this month’s Independent Short Awards. Well deserved, all around.

Stories like that of Afiyie’s and Alfred’s need to be told, and it’s clear that Natalija Gormalova is willing to put in the time and effort to tell them properly with the care and attention they deserve. Spirits We Dance is a strong first entry for Gormalova and we can’t wait to see what comes next for her.