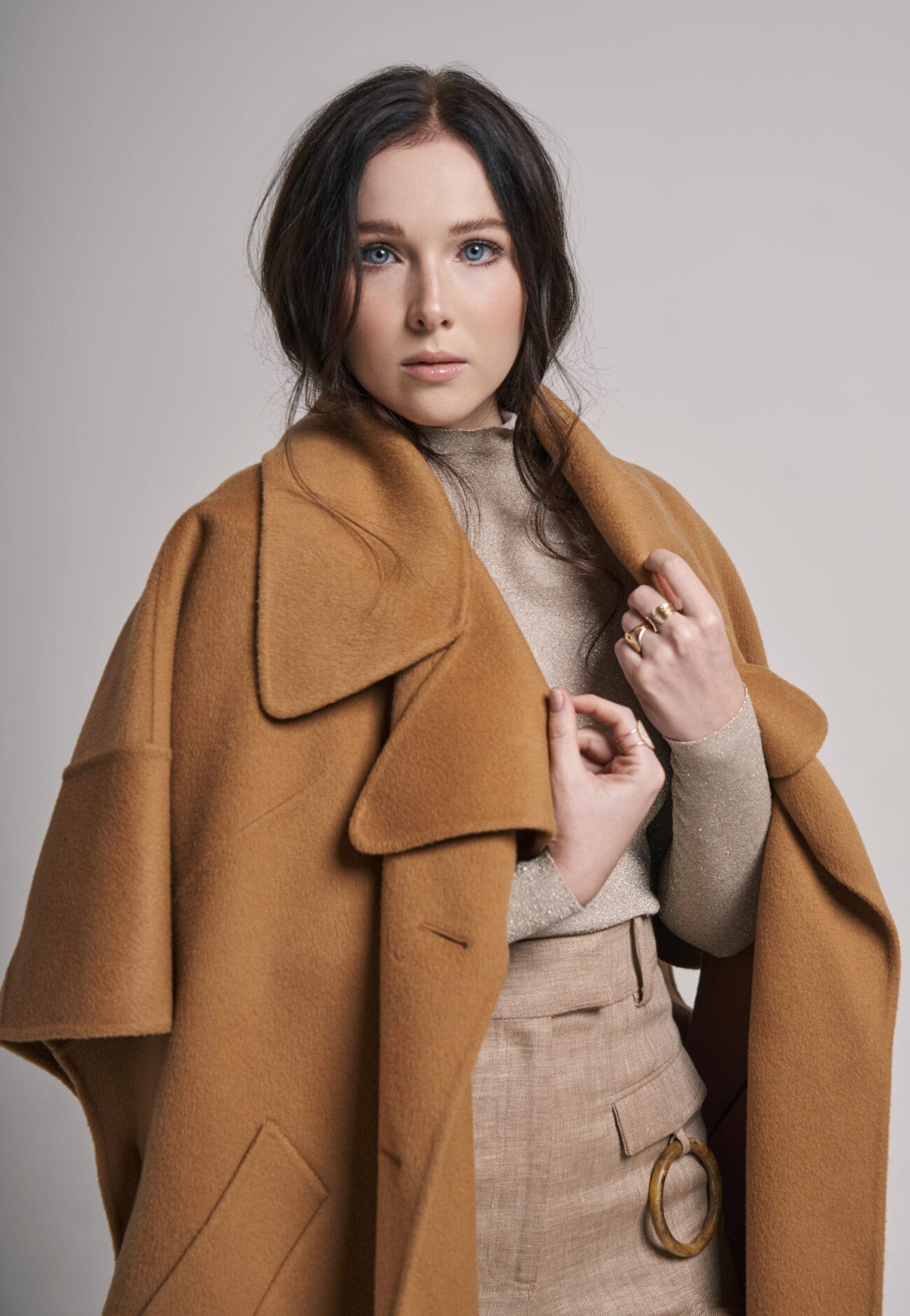 Molly C. Quinn may only be twenty-seven, but the young actress already has had an impressive career, working with some of Hollywood’s top names. After rising to fame through her role as Alexis Castle on the ABC series Castle, Quinn ended up landing a role as Bloom in the Nickelodeon revival of Winx Club.

But she’s not just talented in front of the camera. In 2019, Quinn founded her production company QWGmire alongside Elan Gale & Matthew Welty. With the intention of giving indie voices a platform, the company’s first film Marzipan is currently in post-production.

Quinn’s most recent feature, Agnes, focuses around strange, paranormal occurrences at a convent. But as a priest & neophyte begin investigating the issues, they realize the temptations and demons they’ll have to fight to find the truth. Along with starring, Quinn executive produces the feature. We spoke with the actress about Agnes and her influences as both an actor and producer. 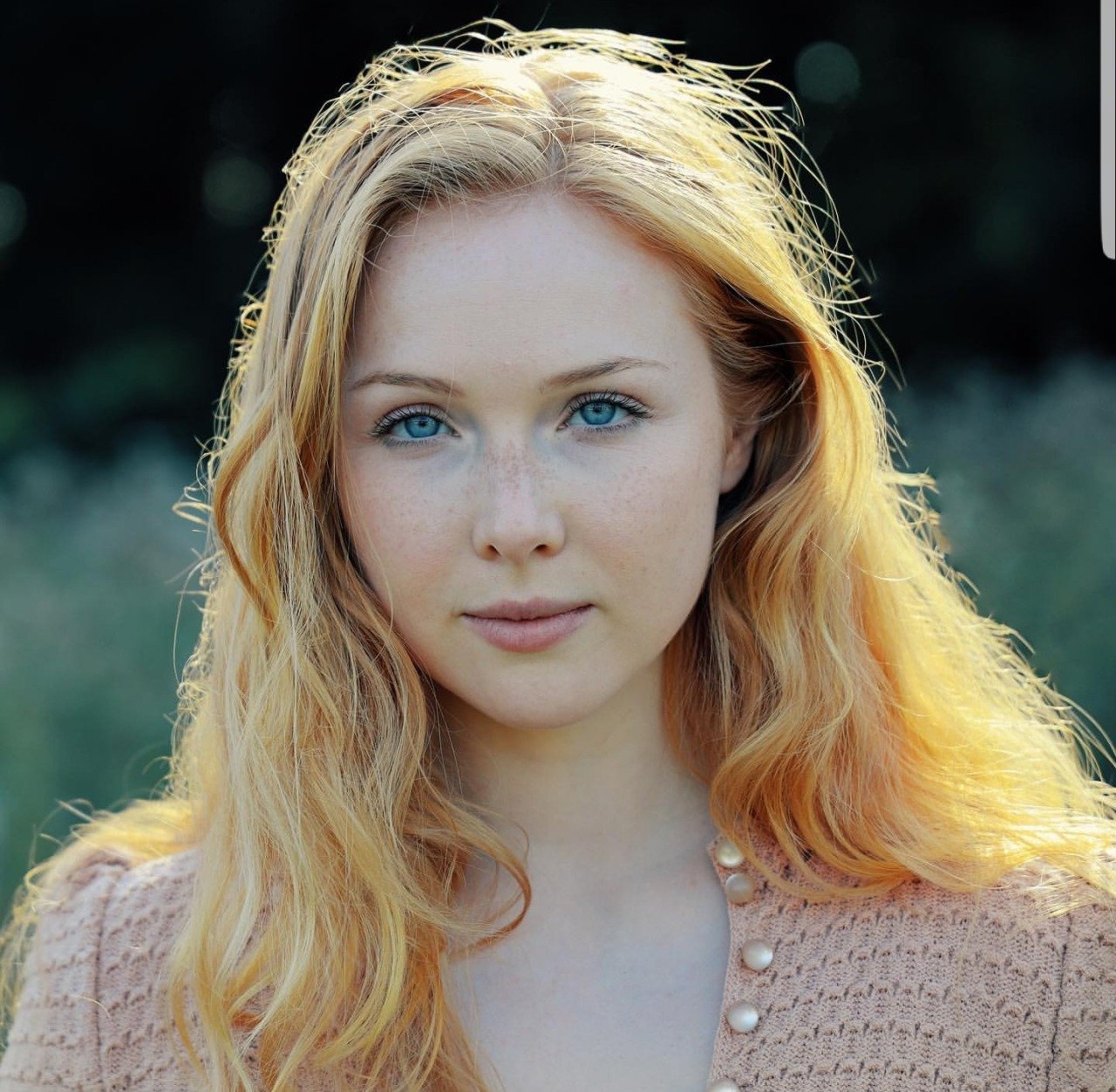 Seeing Dakota Fanning in Man on Fire REALLY made me feel I could pursue a career as an actor. Her role was exactly what I’d want to do. Serious, feisty, feeling uncared for…and working with incredible adult actors. I wanted the entire experience of that movie.

You rose to stardom with your lead role in ABC’s Castle. What was that experience like and what did you learn from playing a character for so long?

It was all a dream!! I don’t think it gets better than creating and growing with a character for almost a decade surrounded by actors and crew who love and respect you. I learned there is ALWAYS something to give to a character. No one is stagnant, no one stays the same. You change, even if it’s not something you want to do. 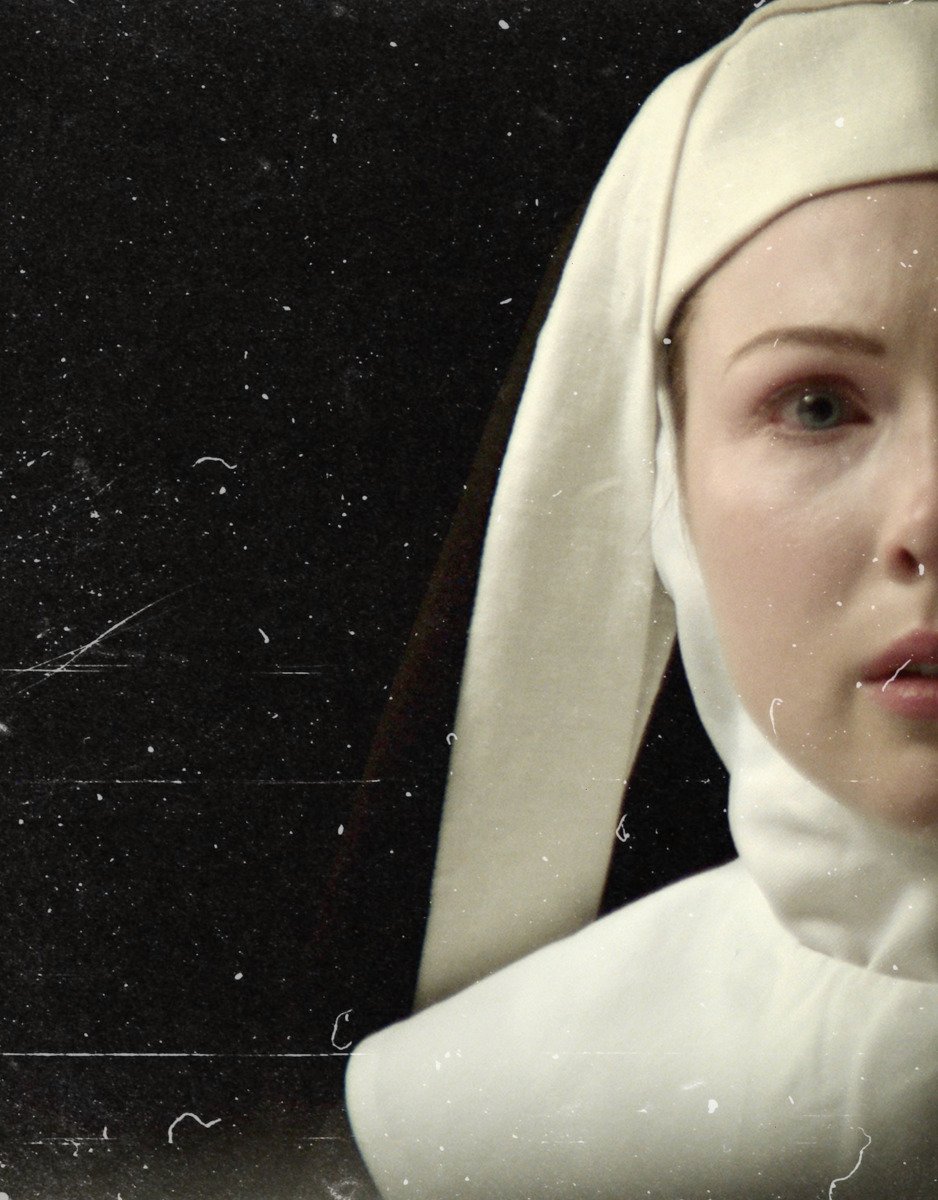 I was lucky enough to have a mentor, but the thing about those special teachers is you don’t usually recognize how much they meant to you until years later. I think listening to people who give you constructive criticism is the closest you can come to identifying someone who you will eventually look back and recognize they mentored you.

You recently starred in the horror film Agnes. What initially drew you to the project?

I was intrigued by a young woman running from her past. I wanted to understand deep love like Mary experienced, followed by a sorrow that makes you try to forget that you loved at all. I’m sure it’ll be a recurring theme for me as it’s such a difficult subject to portray. 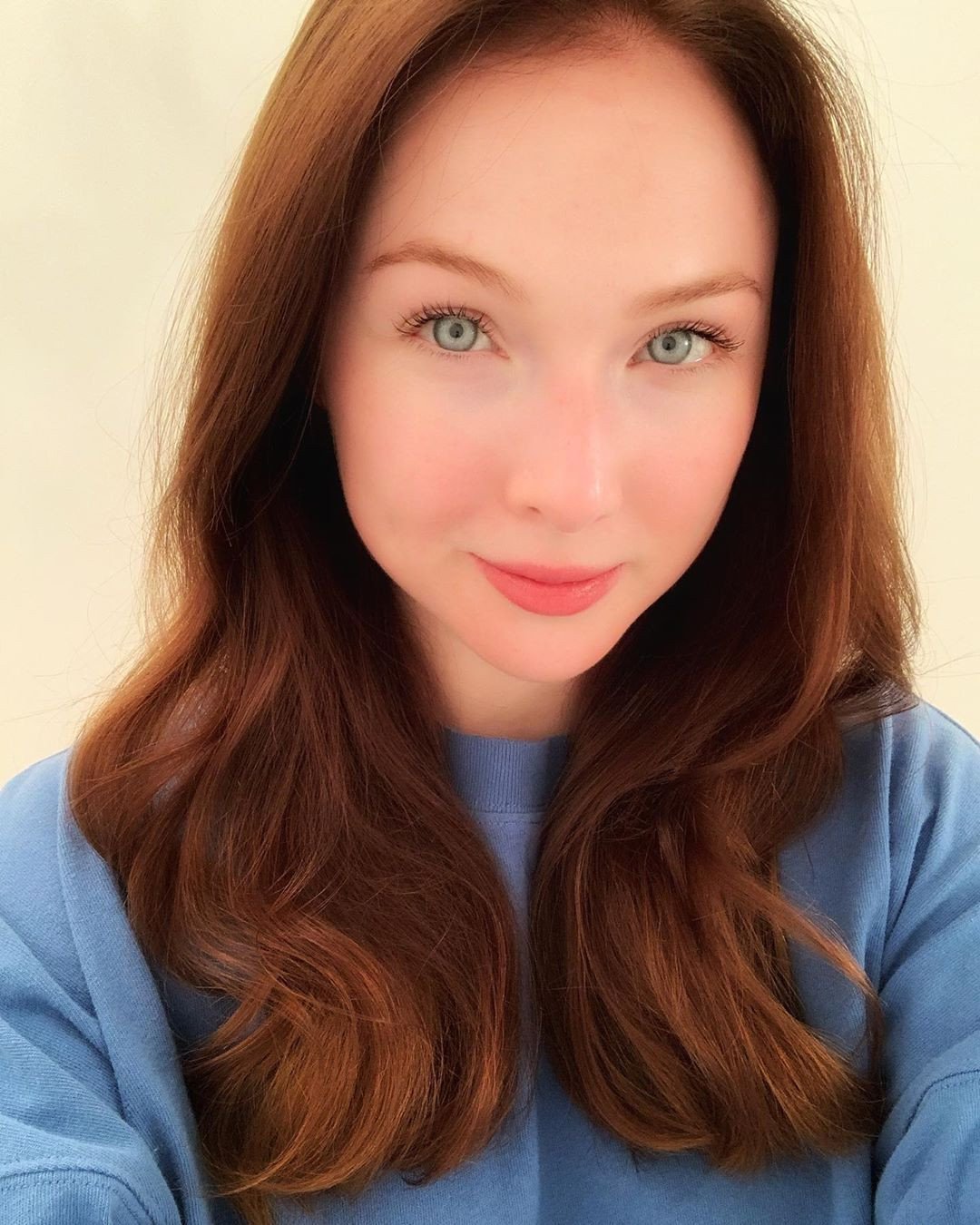 I don’t think of myself when I’m acting. That throws me off. I try to open myself up to understanding the character’s set of circumstances and reactions to stimulus. Once I can justify their behavior I know I’m getting closer to acting authentically.

Do you have specific exercises or routines to help you get into character?

I create journals and collages for characters I work on. It can be images I find on Pinterest or little abstract pieces I make with water colors. Bits of prayers or poems. Reflections on their relationship to their mother…I bounce around until I find the method that works best for the individual character. Sometimes it takes forever and sometimes its instant, but it’s always personal. 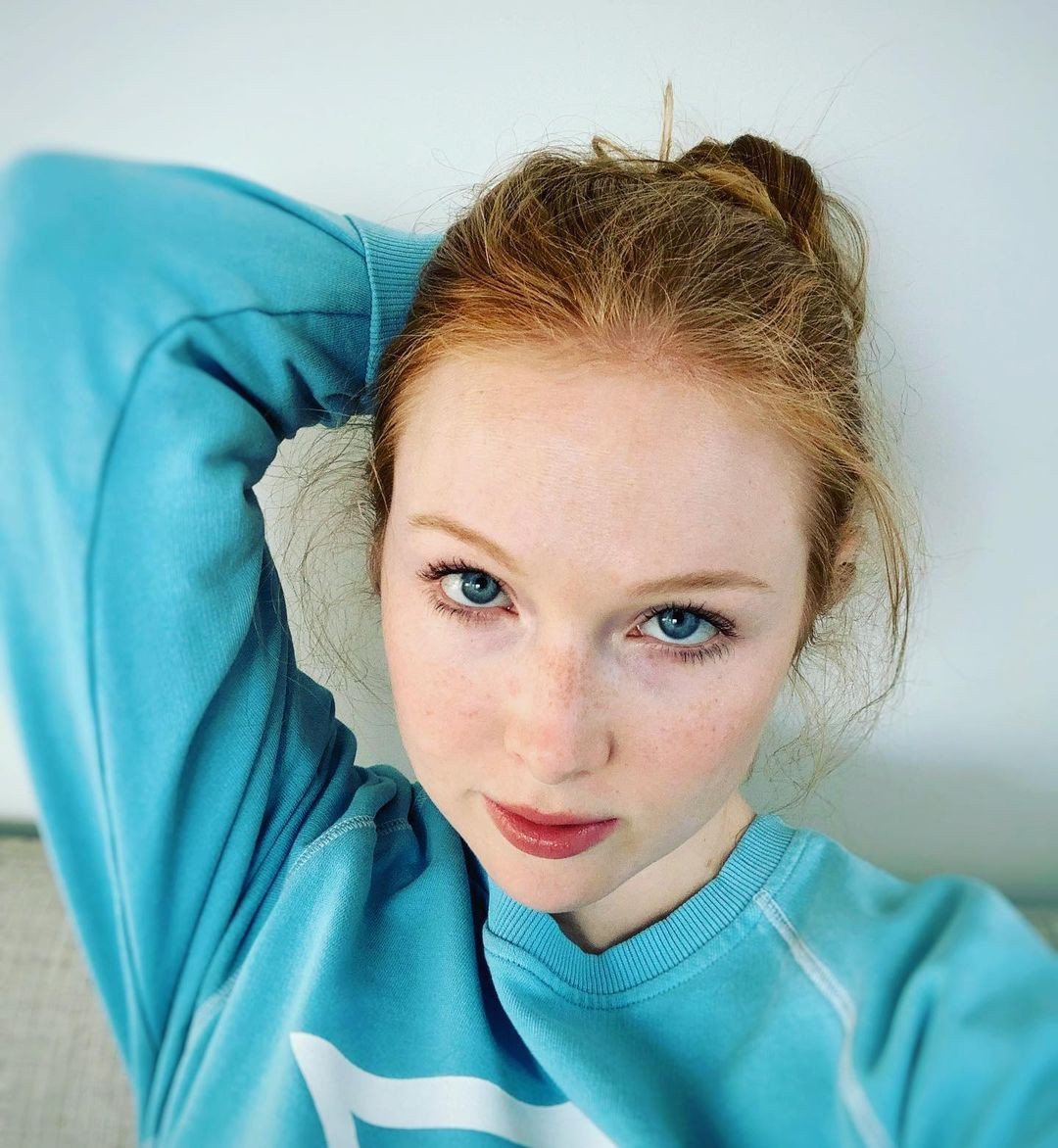 Tell us about working with Agnes writer/director Mickey Reece.

Mickey focuses on getting the shot just right and trusts you as an actor to have total creative control. I absolutely loved that!

You have been a voice actress for several Warner Bros. and DC cartoons. How does voice acting differ from live-action acting?

Voice over is a blast! I feel more playful when I’m in the booth vs being on set. 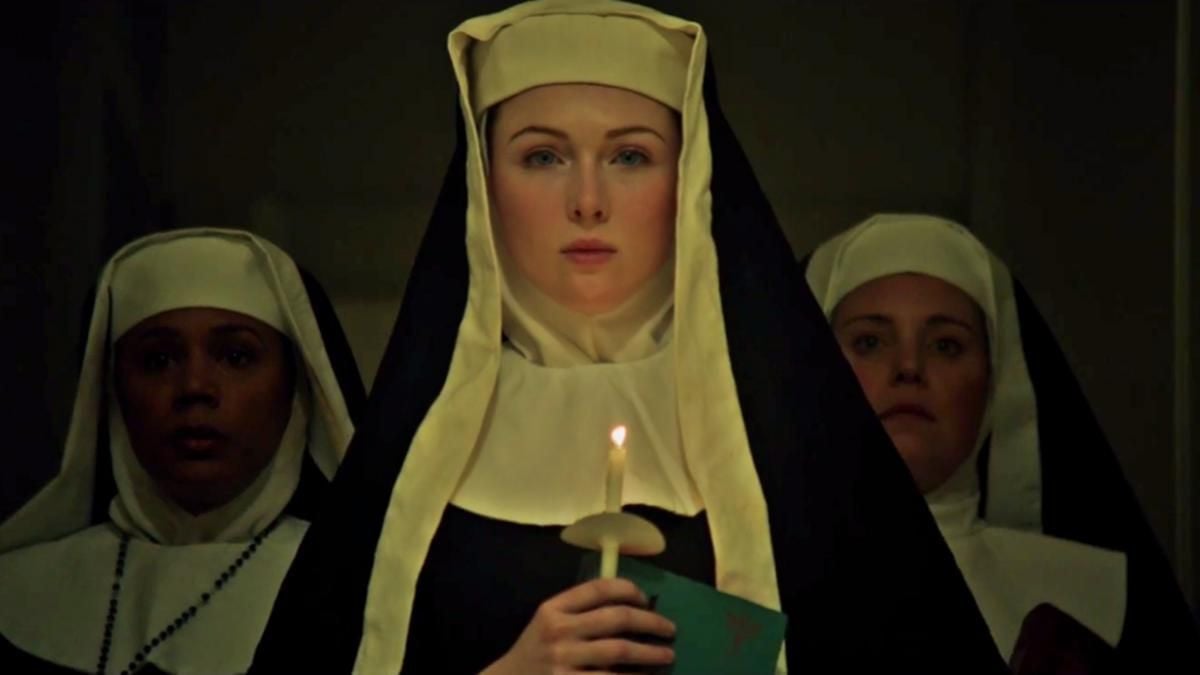 In addition to acting, you’ve produced the films Hansel & Gretel Get Baked and Welcome to Happiness. What drew you to producing initially?

I was inspired to produce by watching Laurie Zaks produce Castle! I loved how involved she was and I wanted to see if I would enjoy that same level of involvement producing on my own, and I did!! You are really a part of a team of creatives when you make film and television. The resulting project is like everyone’s baby! That’s how much love and care goes into producing.

Do you think your experience as an actor has helped you to become an effective producer?

Yes, I think being an actor allowed me to start producing with a full appreciation of what goes on in front and behind the camera. 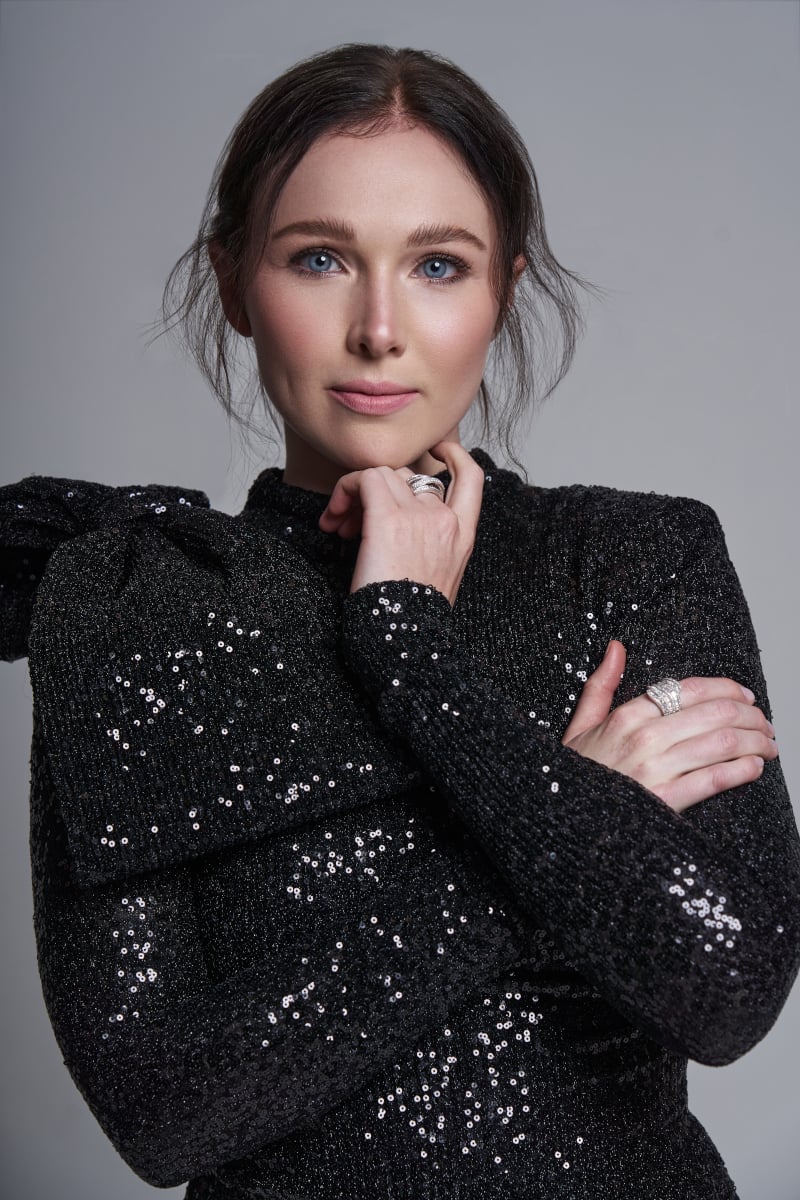 You acted in and executive produced Agnes. Did you find it difficult to juggle multiple roles?

Yes! It’s a challenge to always be aware, to keep the big picture in mind. I’d do it again in a heartbeat!

You launched the production company QWGmire in 2019. What do you think sets it apart from other film companies?

QWGmire is committed to helping independent filmmakers get their vision on screen. We believe in full collaboration on every project. 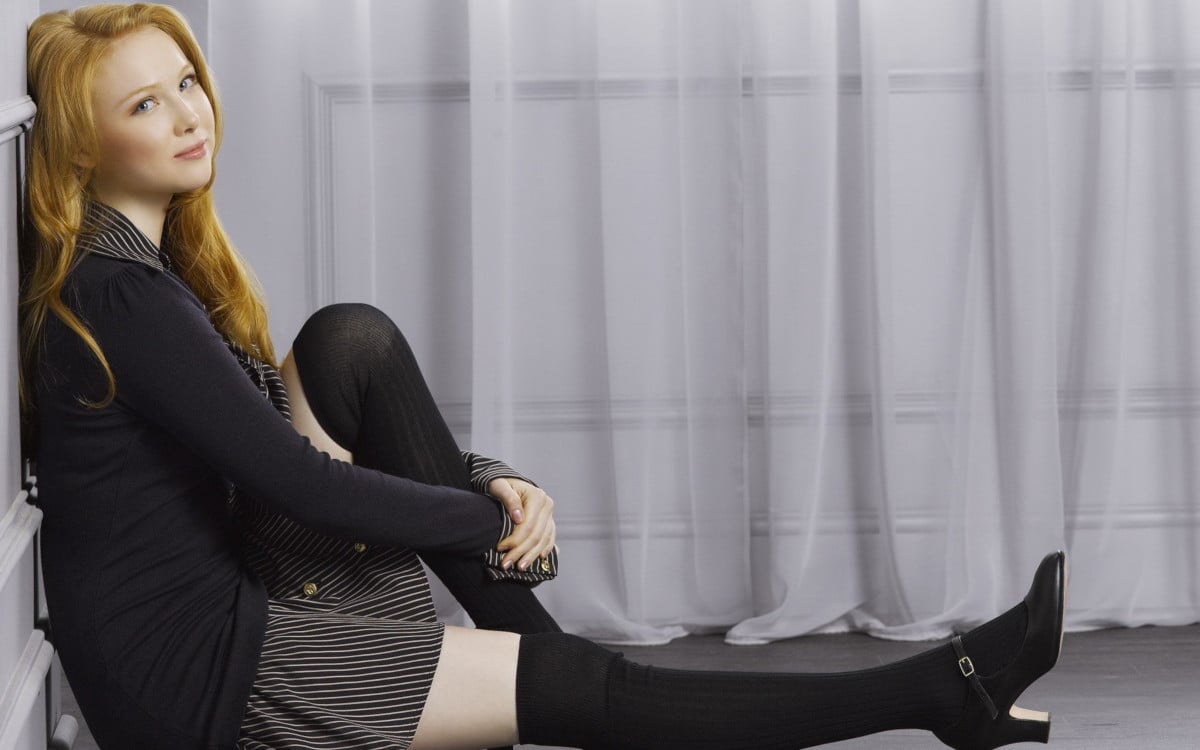 What does the name “QWGmire” mean in relation to the company’s mission?

QWGmire is pronounced Quagmire, as in problem. When we were thinking of names for the company we kept hitting a wall. Matthew M. Welty joked around with the spelling of Quagmire being the last initials of all our names and it stuck! We like to think outside the box, even if it’s wacky!

Do you want to direct your own films in the future?

Absolutely, it feels like part of the evolution for me! And in the future being able to do that with my partners at QWGmire would be delightful. 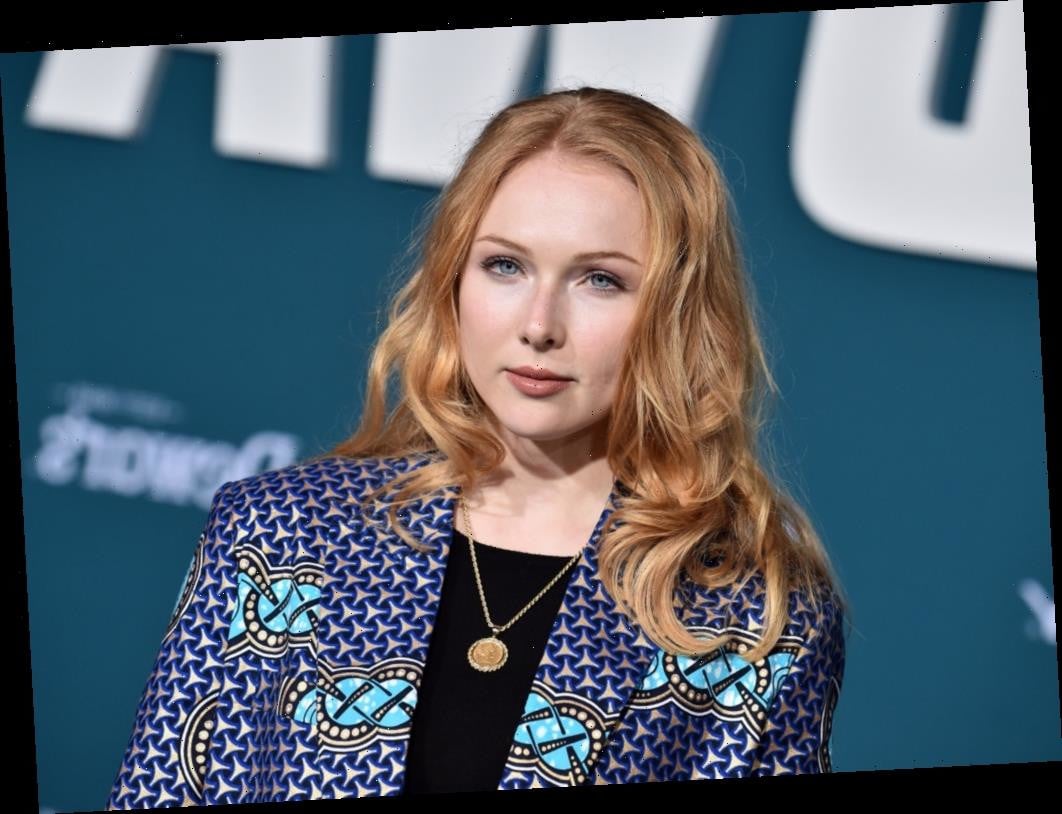 I’ve been really lucky to be a part of all the productions I’ve been in! Castle is where it all started. I met people there who have helped me every step of the way. I believe that work stands on the shoulders of other work and I’m grateful I have such a strong base of support.

How about your biggest failure? What did you learn from it?

Even if you are tenacious it takes growing a thick skin to be able to deal with constant rejection. Learning to not take that rejection personally, otherwise you would give up. You learn to give it your all then know that even if you were amazing in the audition there are loads of factors outside your control. 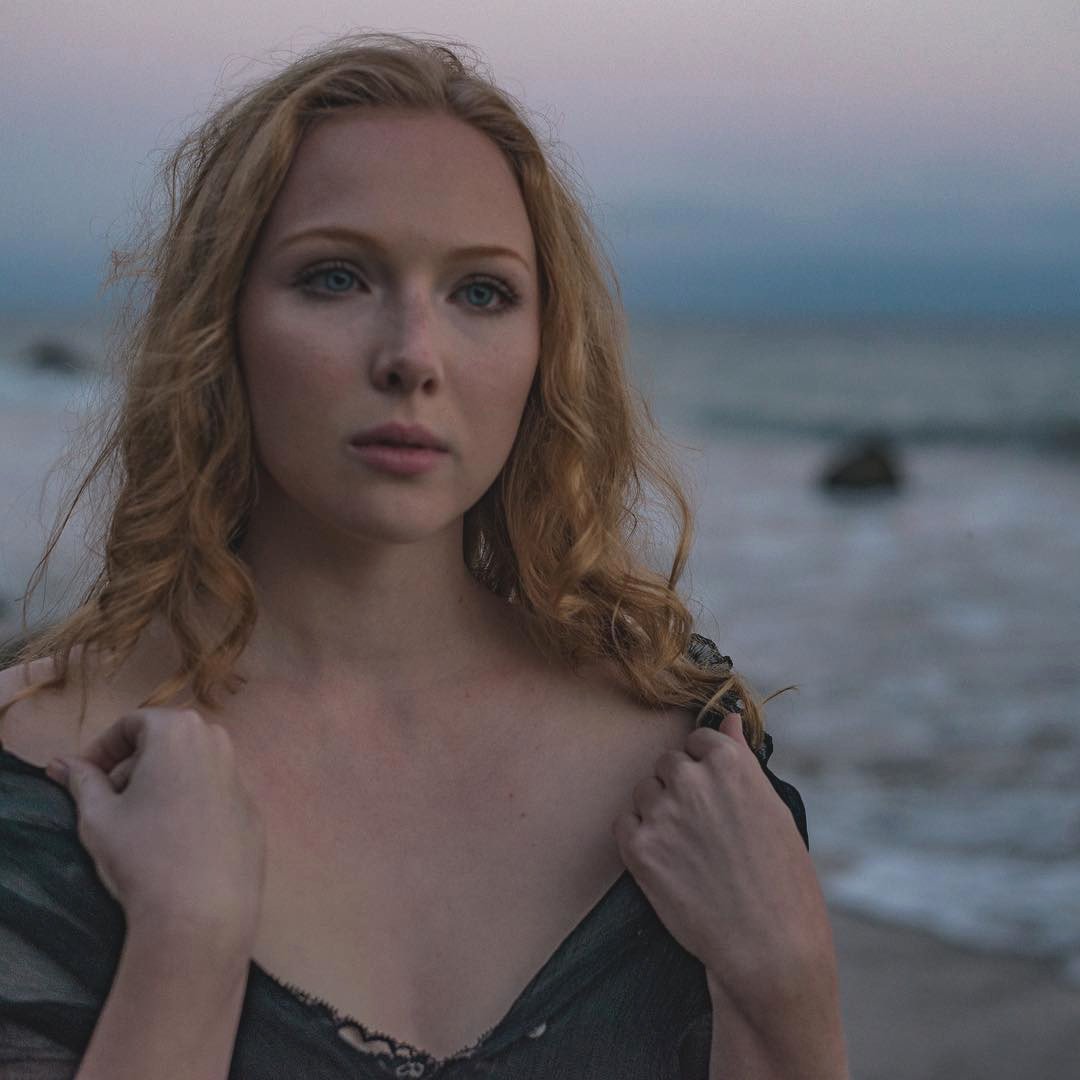 You may hear a voice that sounds a lot like mine in the next chapter of the podcast Rabbits. . . .

I think I’ll give advice that was once given to me by Taylor Sheridan. “You have to live your life.” Don’t become so consumed with being an actor that you stop being a person. Besides, inspiration comes from your life, not from a classroom or workshop. Get out there and create memories! 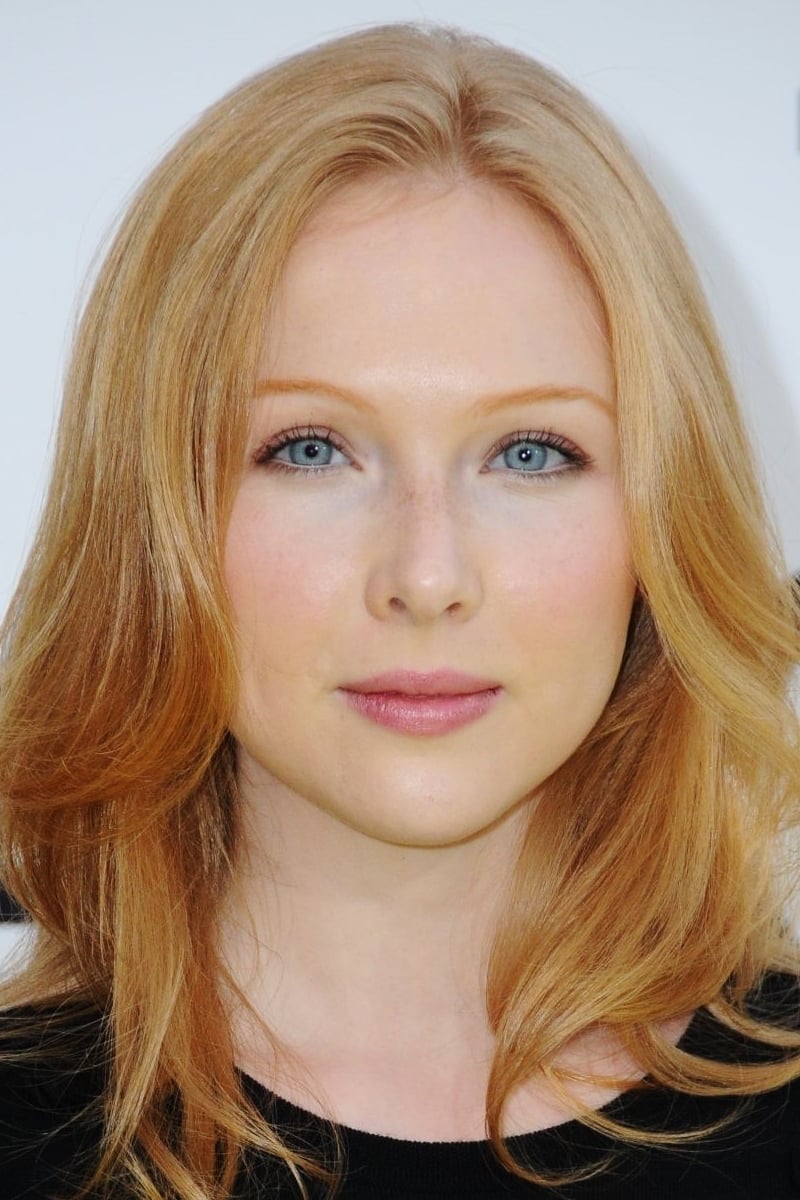 I watched an Italian film from 1954 called Senso at an age that really opened my eyes to world cinema, story telling, and the art of acting from a woman’s perspective. It’s had a huge impact on what I believe is achievable as an artist.