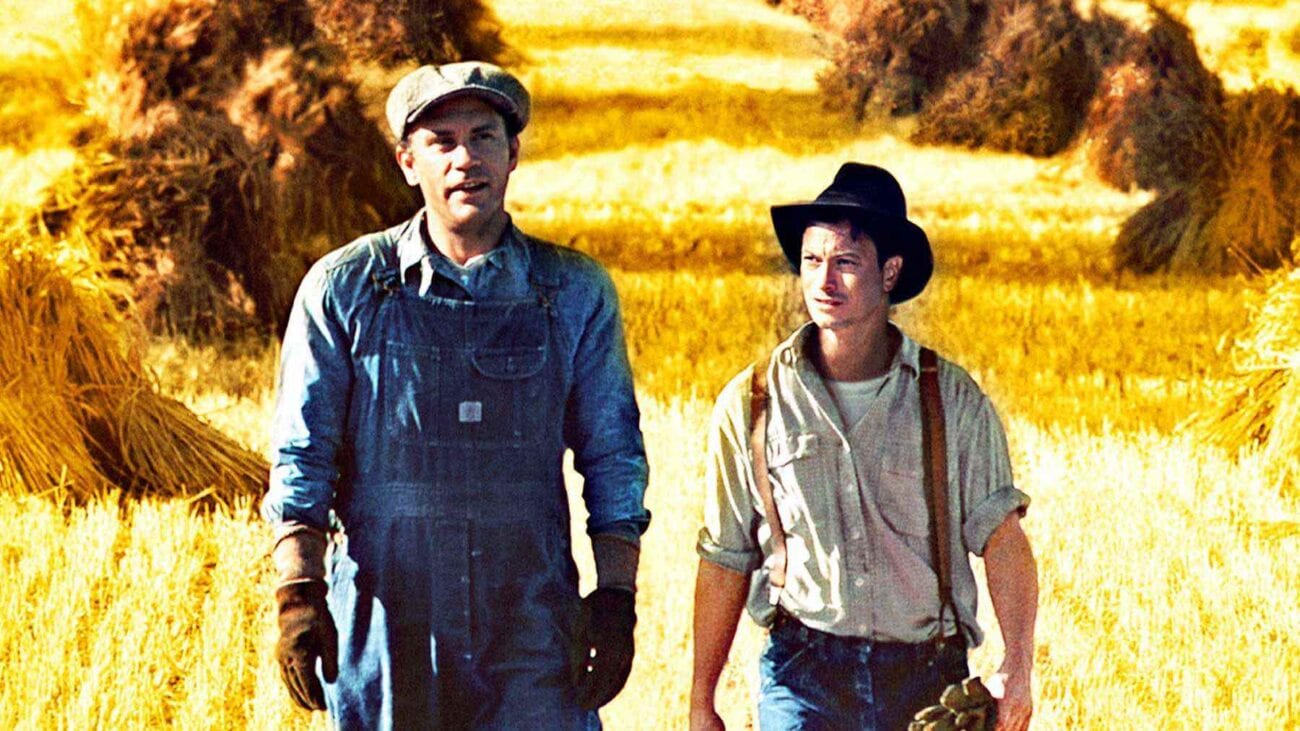 ‘Of Mice and Men’: 8 differences between the book and the film

Of Mice and Men, a novel written by John Steinbeck in 1937, portrays the story of two migrant workers (George and Lennie) and their search for new job opportunities in the wake of the Great Depression. It was first adapted into a movie in 1939. Since then, it has been adapted several times over, but the one in 1992 directed by Gary Sinise starring himself and John Malkovich stands out.

Whenever a book is adapted to a film, it gives rise to discussions on whether or not the film succeeds in capturing the essence of the book. Some students even write essays for their college assignments drawing on these differences. 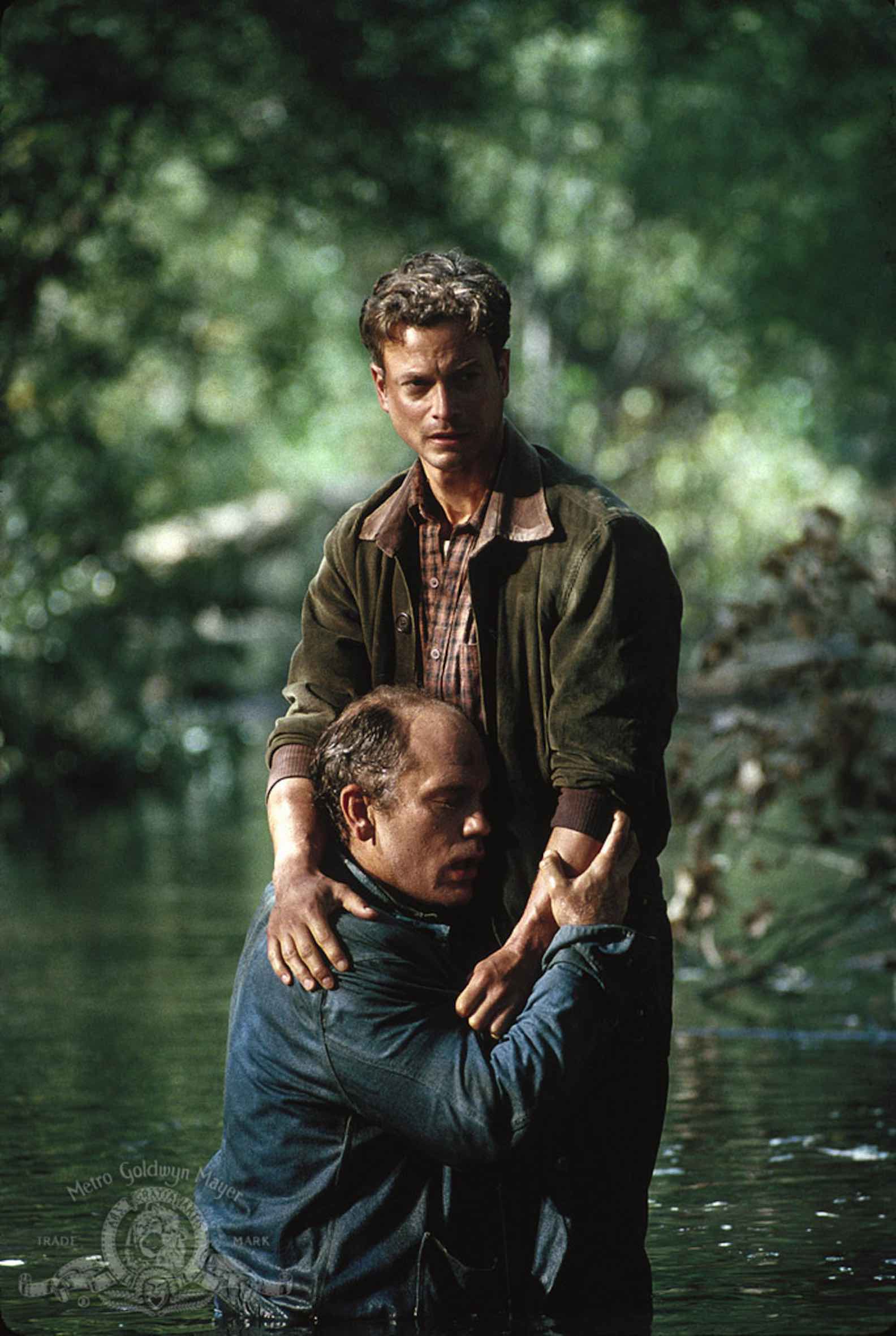 One of the differences between the book and movie version of Of Mice and Men is the timeline of the story’s narration. The timeline of the book is set in a straightforward manner. The plot has been set in the present and the story moves forward in time. In the movie, however, the viewer is introduced to the plot in the middle of the events. The past events brought to the attention of viewers through flashbacks, thus, creating breaks in the timeline. 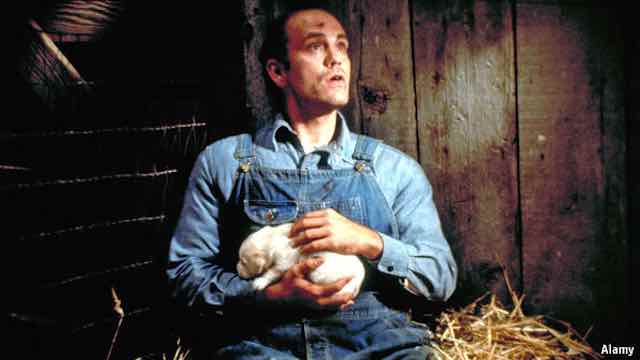 One key dissimilarity in the Of Mice and Men movie vs book is Lennie’s reaction to the killing of the puppy. In the book, after Lennie accidentally kills the puppy, he feels remorse and weeps over the puppy’s body. This particularly horrifying event has been subdued in the movie where we see Lennie just holding the puppy in his arms. This is one of the topics that students can discuss while writing an Of Mice and Men essay. It’s always best to seek inspiration from free essay examples online to understand as many perspectives as possible. 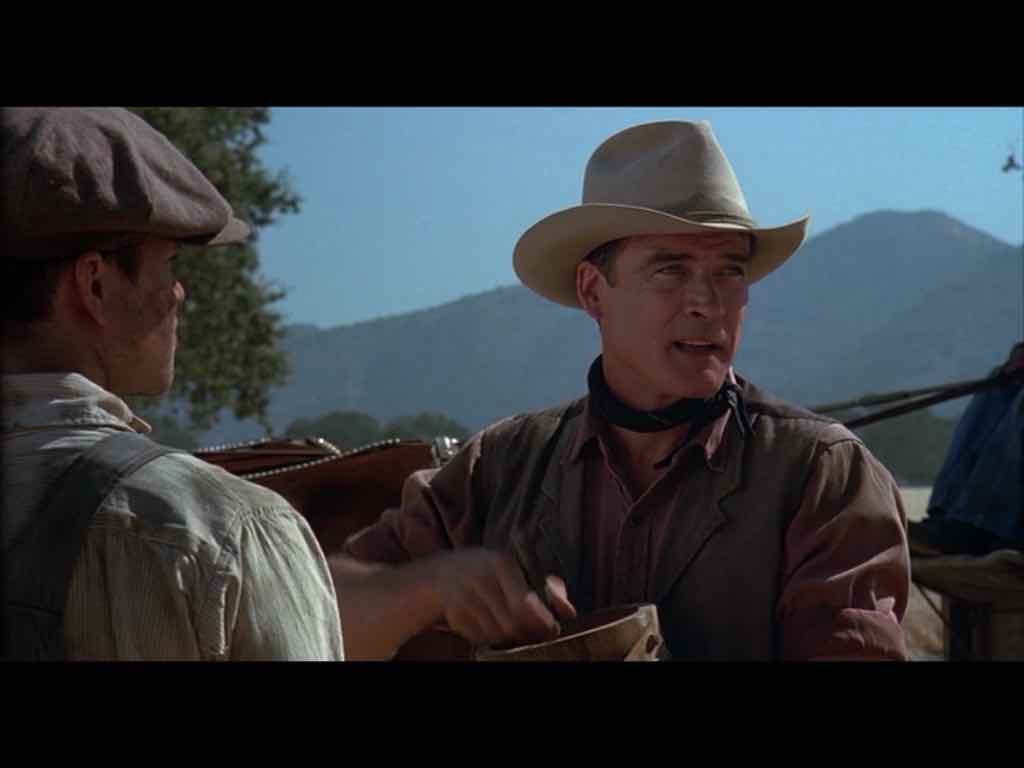 Readers of the book know that one of the characters, Carlson, has very little part in the storyline and does not have a significant role to play. In the movie though, we see that Carlson has been given more to do. Crooks, on the other hand, plays a much noteworthy role in the book but in the film, his character has been made out to be insignificant. These changes in the characters’ roles are noticeable in the Of Mice and Men movie vs book. 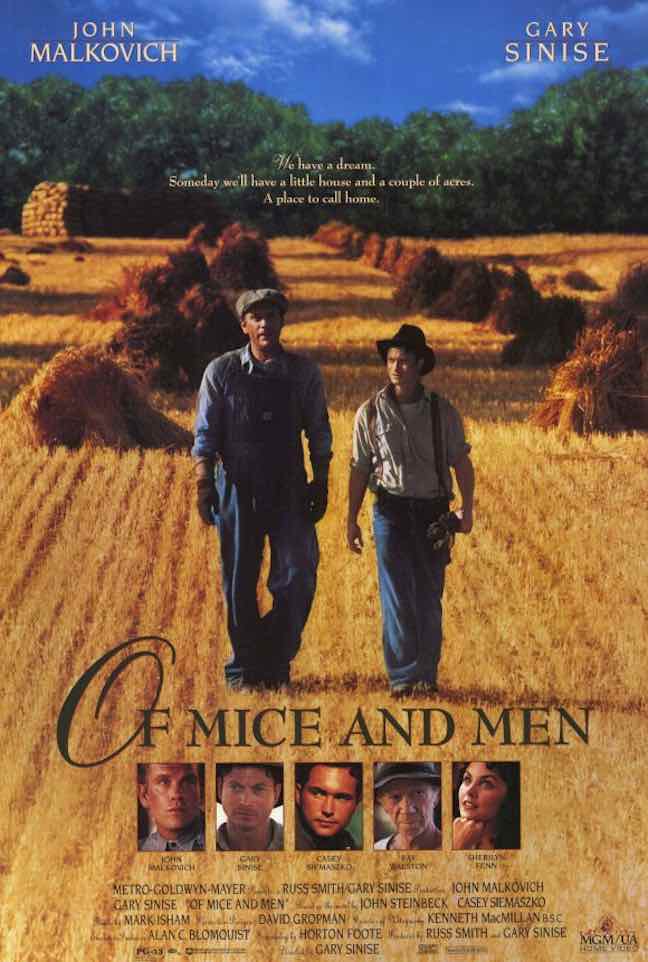 In the book, Lennie has been defined over and over again as a large man. His significantly larger size on the ranch doesn’t help his feeling of estrangement. By contrast, in the film, Lennie has been shown to be the same size as the others on the ranch. Despite the difference in size, however, Lennie has still been portrayed as a lonely man who struggles to fit in with others. 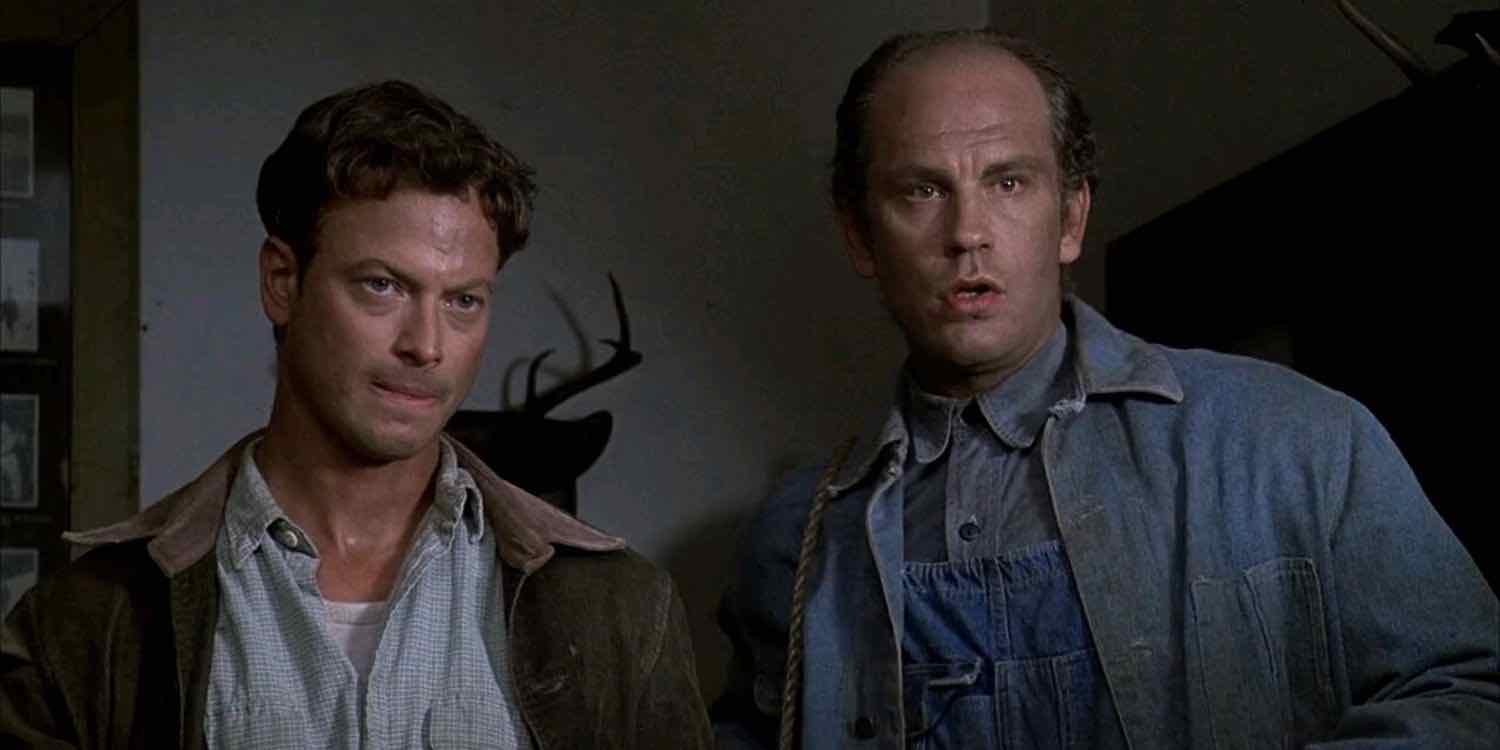 5.  The rabbit and Aunt Clara

Steinbeck portrayed Lennie as a character who suffers from some mental illness, often having hallucinations including one involving a rabbit and Aunt Clara. In the film, the scene where Lennie hallucinates is completely cut off. Even though such scenes depicting Lennie’s intellectual disabilities aren’t shown, Malkovich manages to demonstrate Lennie’s mental incapacity through his performance. 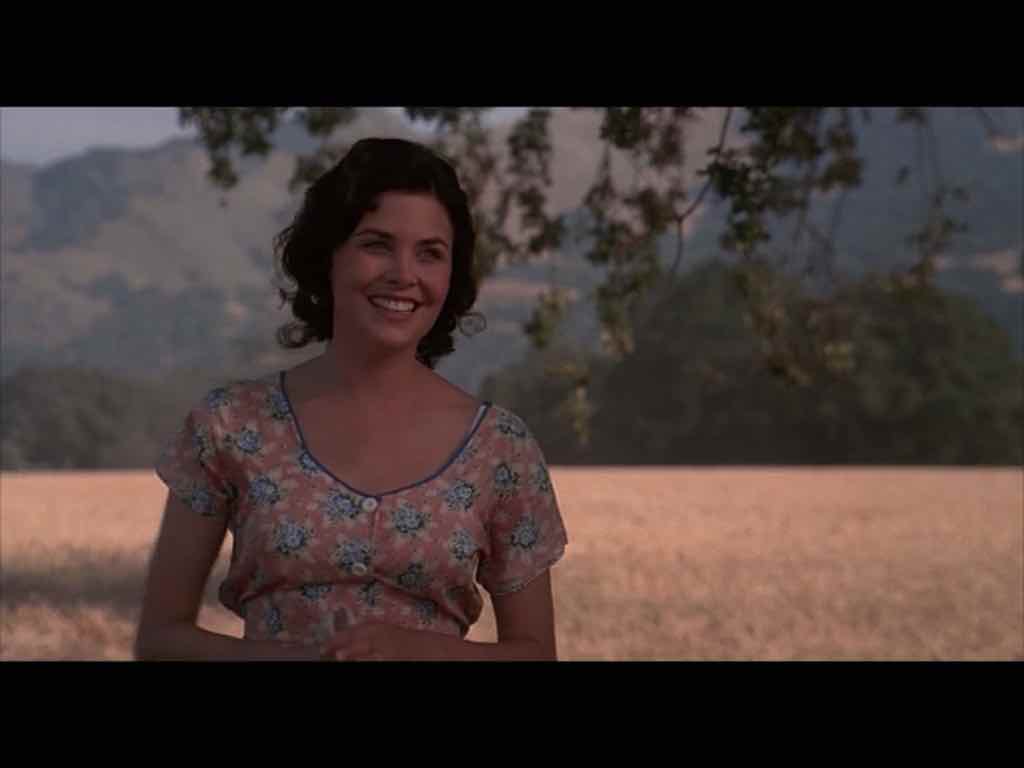 One major change in Of Mice and Men movie vs book is the character difference of Curley’s wife. In the book, Curley’s wife is flirtatious who dresses a bit too offensively, is angry all the time, and possesses a character that borders on cruel. So much so, that when she dies, readers don’t feel too sad about it. In the movie, though, she has been shown to be more sympathetic to get the viewers to empathize with her. Her anger is replaced with boredom, and she is made out to be the victim when she is killed. 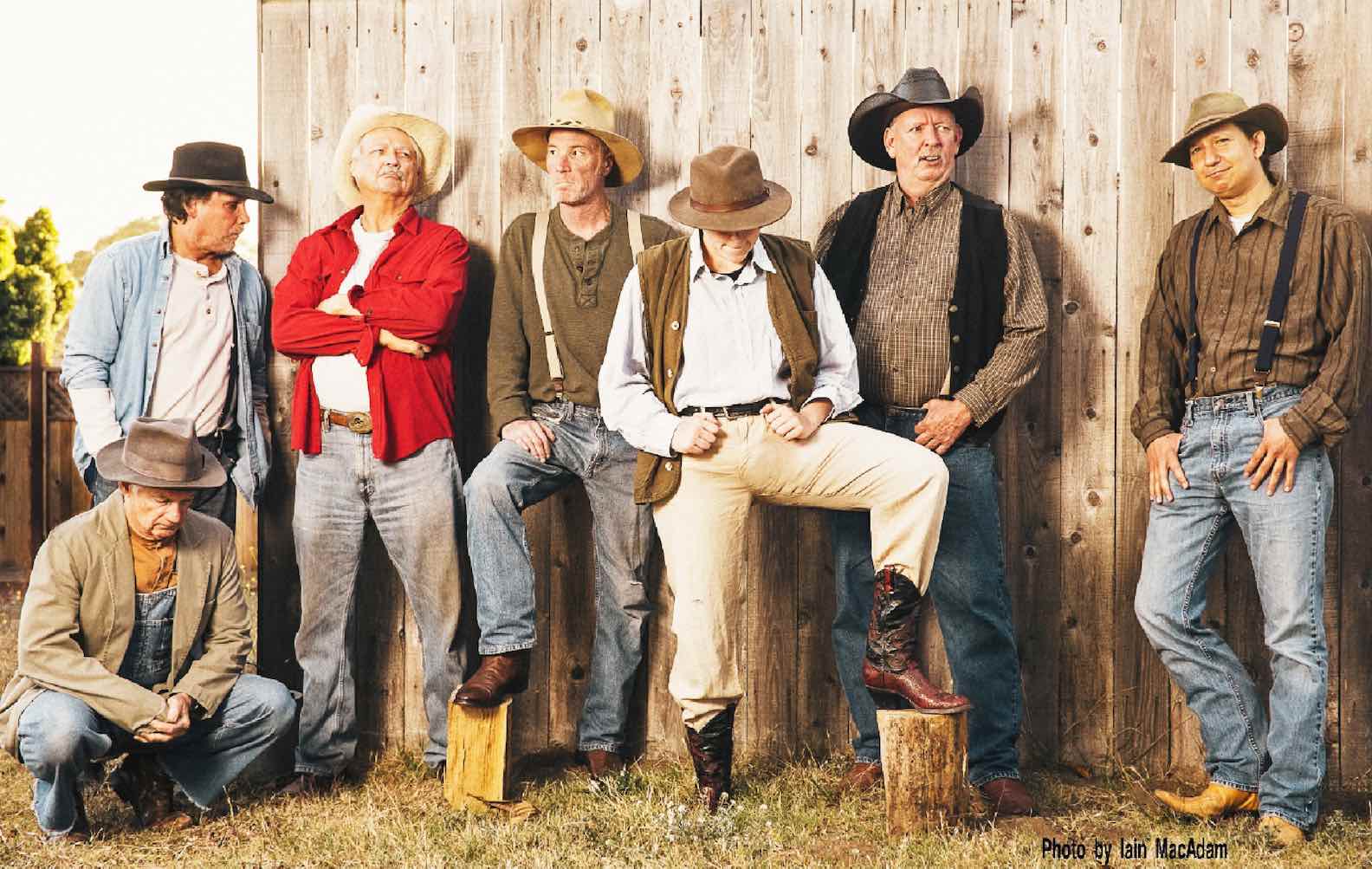 The characters of the book come together one day to talk in the barn about things they wish they could accomplish in life. They talk about the Great Depression and how some things have helped them cope with despair. This conversation is of importance in the book as it helps readers understand where several characters are coming from. This discussion doesn’t take place in the film at all and the viewers don’t get to understand all the ways in which these characters come together. 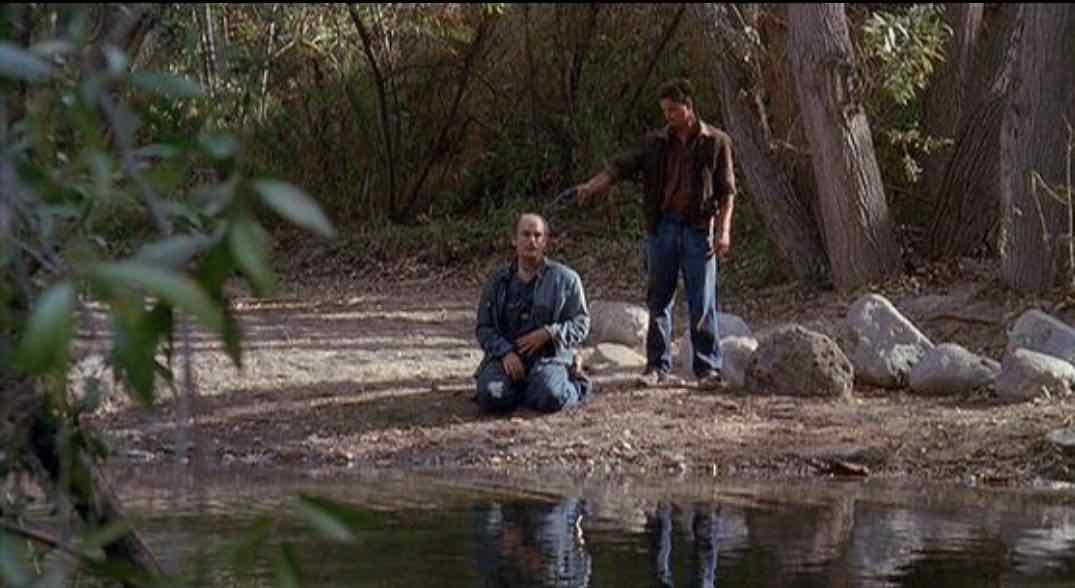 One of the saddest moments in both the book and the movie is when George shoots Lennie. Prior to the shooting, in the book, George tells Lennie a story and his suffering is evident. He has a hard time pressing the trigger until Slim shows up to comfort him. In the movie, though, George shoots Lennie with no sense of remorse at all.

In the aftermath, George speaks to several characters to help him deal with the trauma of his action in the book. In the Of Mice and Men movie ending, however, we see George get on a train and set out alone. 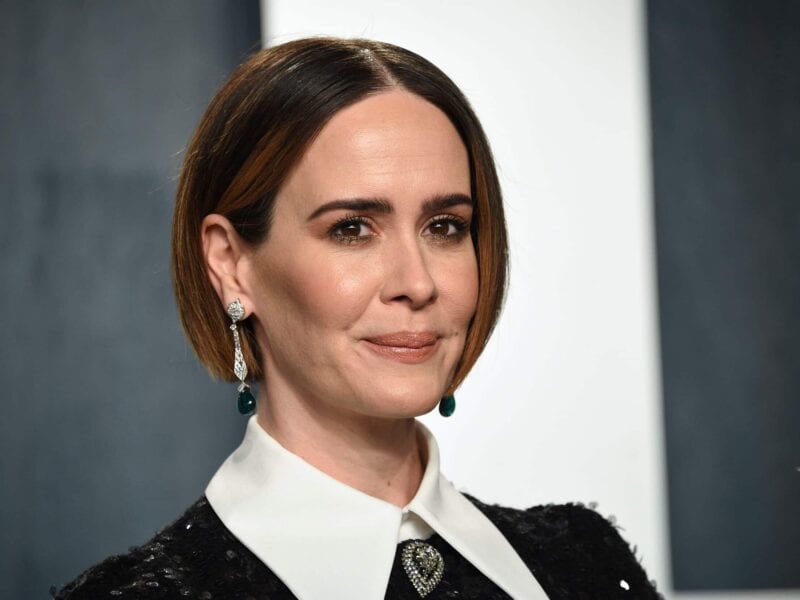