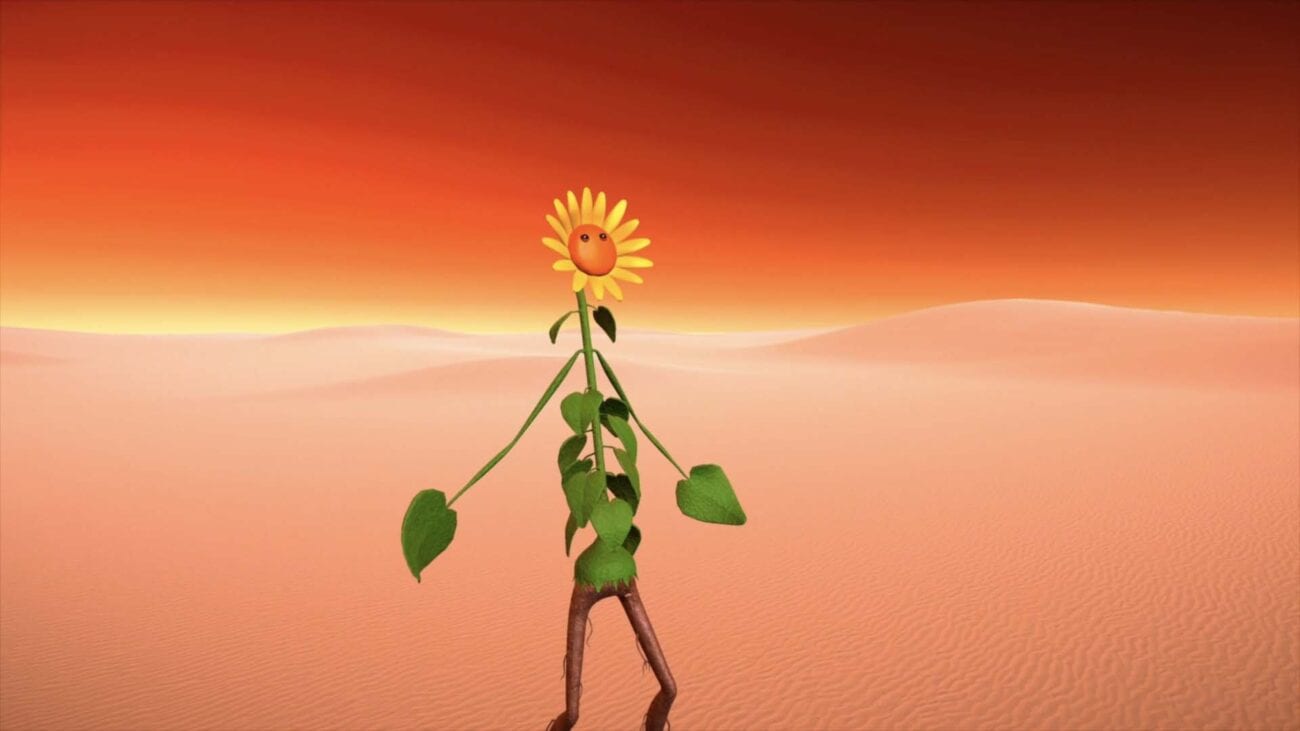 An interview with Matt Check, creator of ‘Mammoth’ (2020)

Filmmaking is a medium that leaves room for artists to explore. Those who find themselves drawn to traditional mediums still have a chance to shine in film as they can be incorporated into a film. Matt Check’s Mammoth started as a comic and some music.

Yet the animator’s first short film grew into something beautiful as he put the film together. Focusing on telling the story of amphropromophic Mammoth Sunflower looking for water, the film has a certain charm to its simple subject.

The 3D animated short has been hitting the film festival circuit, so we spoke with Matt about his inspiration for the film, as well as his thoughts on animation in general. 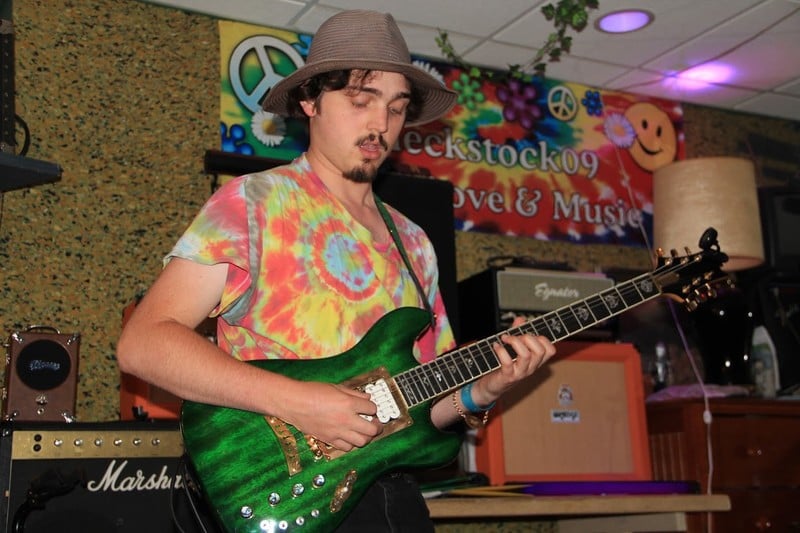 What brought me to making an animated short was the desire to combine my visual art and my music. I always would draw as a kid from an early age, and music had always been a big part of my life growing up. I think there is a great opportunity for creative synergy in making animated shorts.

How did you start making animation films? What was your first film project and how did it go?

So Mammoth: Primal Thirst is my first film project, and I started it at Bloomfield College in New Jersey. I had begun modeling my character Mammoth in Maya at my previous college, Middlesex County College, and took him over with me to Bloomfield where I started pre-production in the Summer of 2019.

I am incredibly happy with the way my first 3D animated short came out. It was an interesting process writing music for the comic, then turning the comic into an animatic with music, and then animating out all the scenes.

I am extremely grateful for the technology I have at my resources that have allowed me to bring this short into existence! Specifically, I want to shout out Unity, which allowed me to render in real-time and allowed me to iterate and iterate all year long! 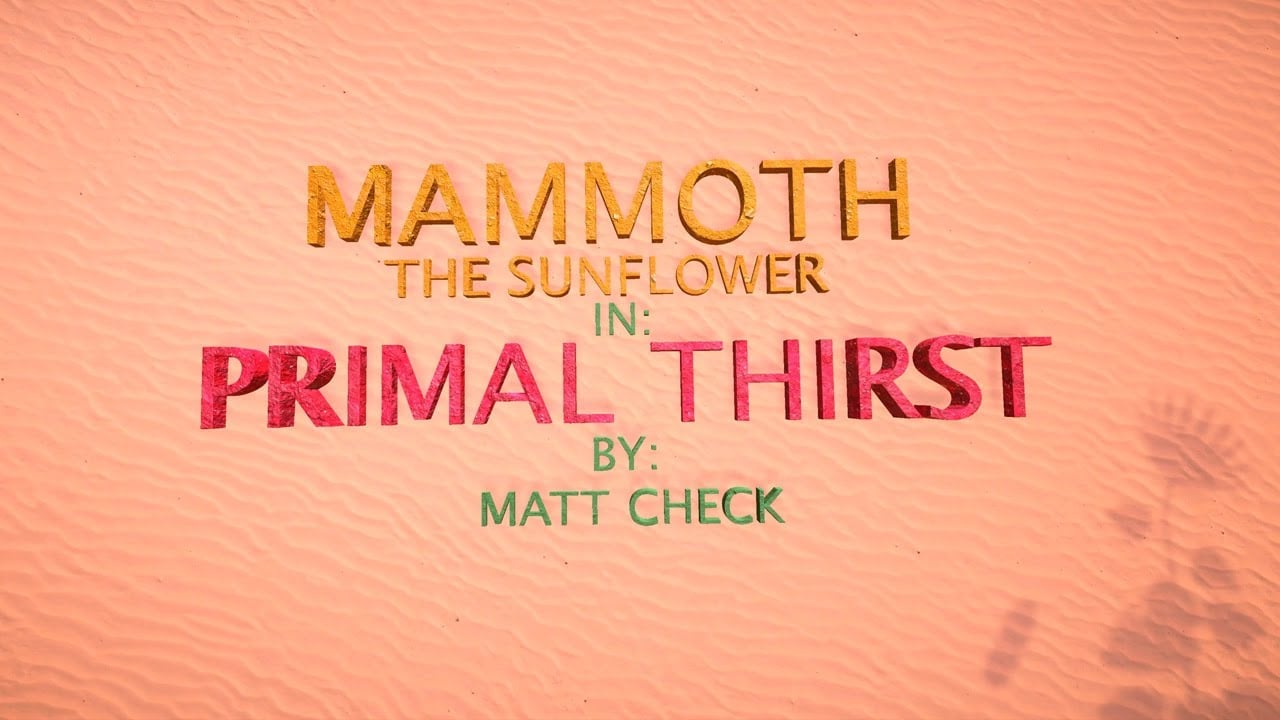 Well being born in 1995, I grew up watching Toy Story, Monsters Inc, Shrek, and lots of other movies like that. But honestly, the 3D aesthetic of Jimmy Neutron: Boy Genius always struck me as a kid.

Really any film with a compelling story and a positive message in the end. I also will never forget being shown Yellow Submarine when I was like 3 years old. That had a strong impact on me.

I seem to gravitate towards fantasy, sci-fi, surreal stories. But that is not to say I would not want to try other genres in the future. I am really into character animation and would love to keep doing that. I am also fascinated with how animation and music can really support one another, and I hope to keep creating a synergy between music and animation going forward.

Name 3 of your favourite directors

This is a tough question. I would say that Chuck Jones is certainly up there for me as a favorite director. My father and all his family loved The Looney Tunes growing up, and that’s a big part of my cartoon heritage.

What is the most challenging thing about indie films and making animations?

So a piece of advice that was given to me at the beginning of this journey was, “All of the work – that you think is extra work – is really the bare minimum of what it will take to get it done.” That really hit home for me.

So, I would say the most challenging thing is just finding the balance between working hard daily and resting. It is very easy to burn the candle at both ends when you love what you do! 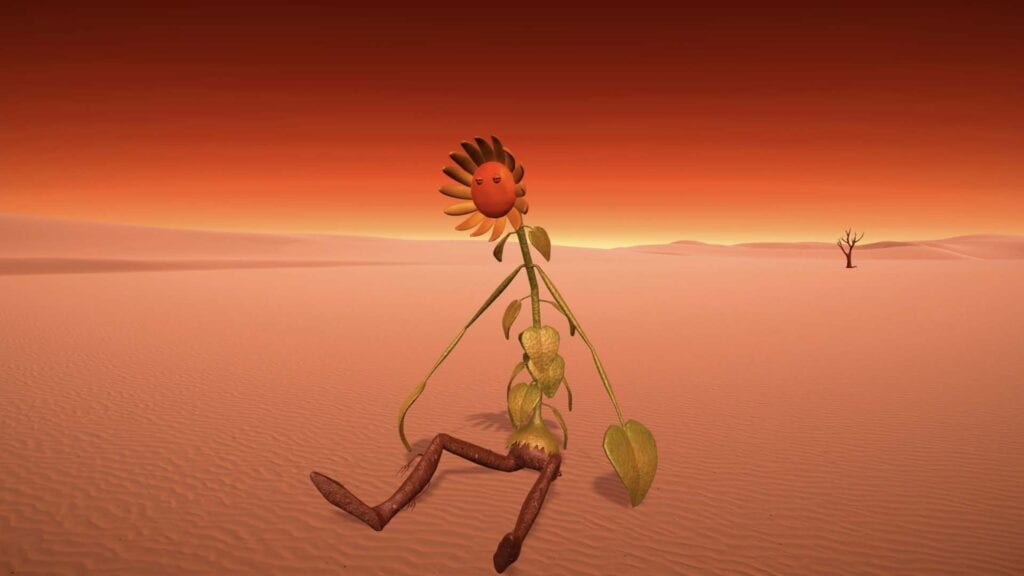 Do you plan to continue working as an indie filmmaker?

I absolutely plan to continue working as an indie filmmaker! My hope is that I can meet more creative minds who are passionate about storytelling to collaborate and work with in the future too!

Tell us about Mammoth. How did the project start and what was the motive behind the making of the film?

Mammoth first manifested in my imagination during the summer of 2017 a few months after my dad died. I was faced with the crossroads of whether or not to tend to the garden he would always grow each year. Looking for hope, I decided to rise to the task.

By the time late July came, many of the Mammoth Sunflowers I planted looked so tall and strong; it looked as if they were going to pull themselves out of the ground and run off! Thus Mammoth was born into my life.

This project has allowed me to create a synergy between my music and my animation, a dream I’ve been following for a while now. This story explores depression and happiness. 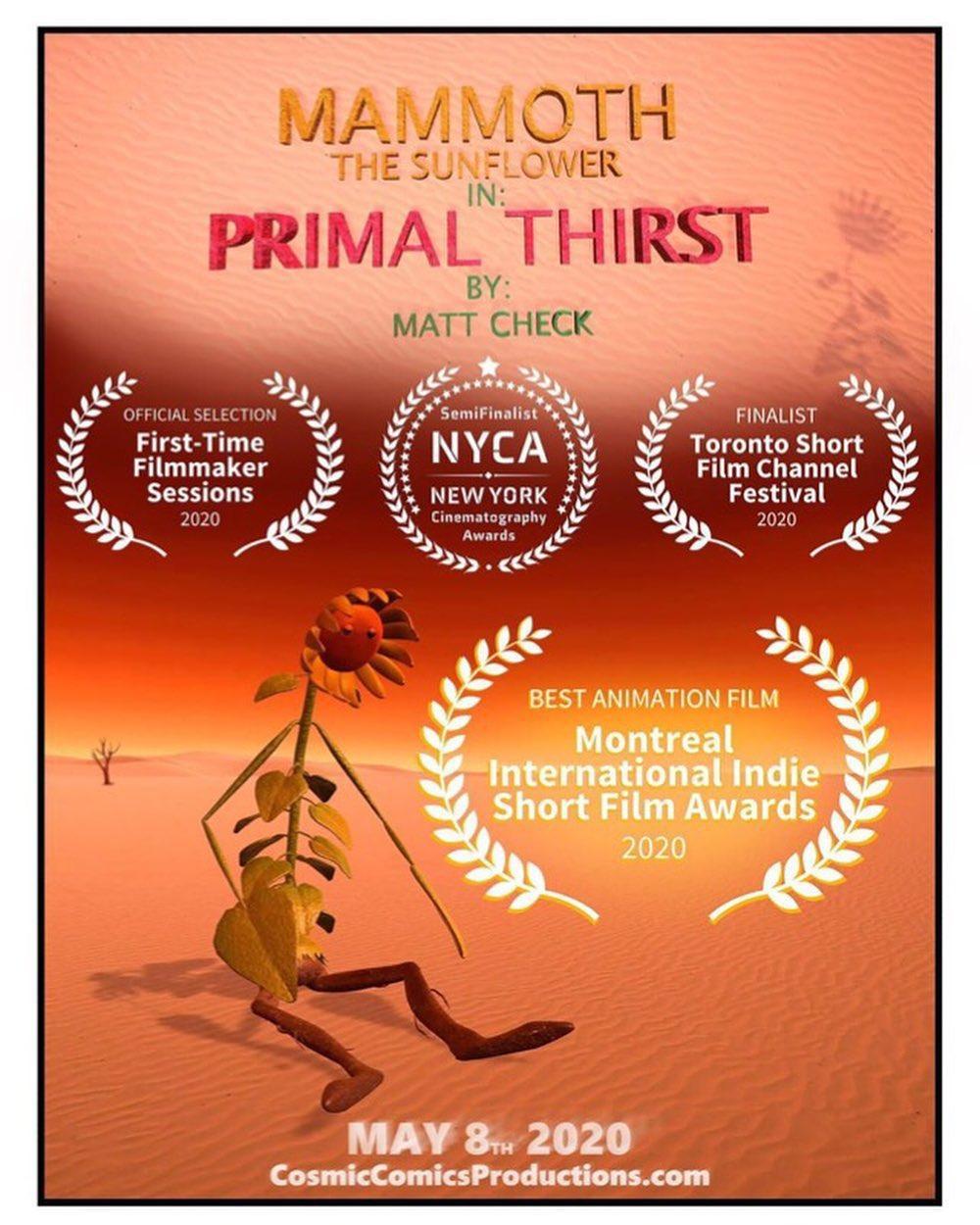 Mammoth is deprived of what he needs to maintain a healthy life, and progressively gets weaker and more desperate to survive. It is only when we have access to what we need to survive that we flourish and live happier, healthier lives. To me Mammoth represents hope. My hope is that all that watch this animated short will root for him!

How do you plan to find a larger audience for your animation films? What do you think about the distribution of short films in the film industry?

Since this is my first animated short, I am very new to all of this. I have submitted to quite a few film festivals. So far it seems to be going very well. It feels good to know Mammoth is being screened for more people to see all over the world! 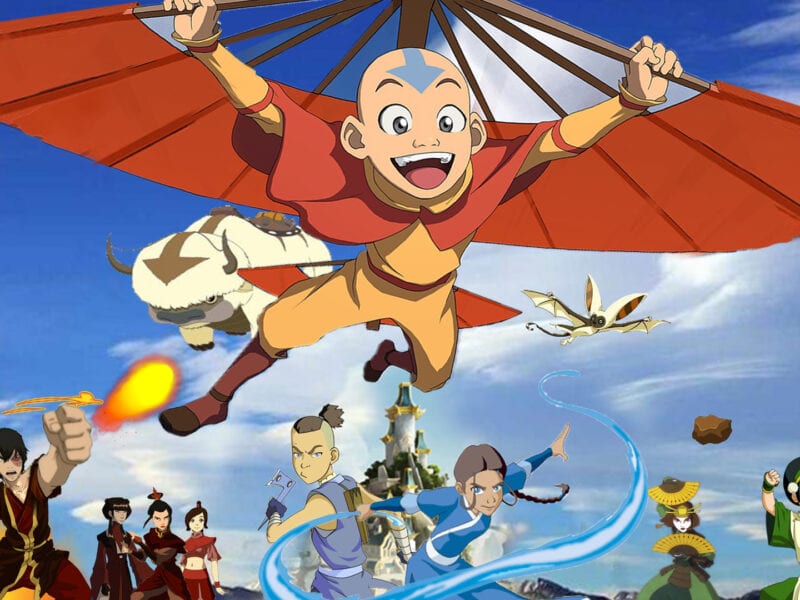 Binged ‘Avatar: The Last Airbender’ on Netflix? Use that knowledge in our quiz 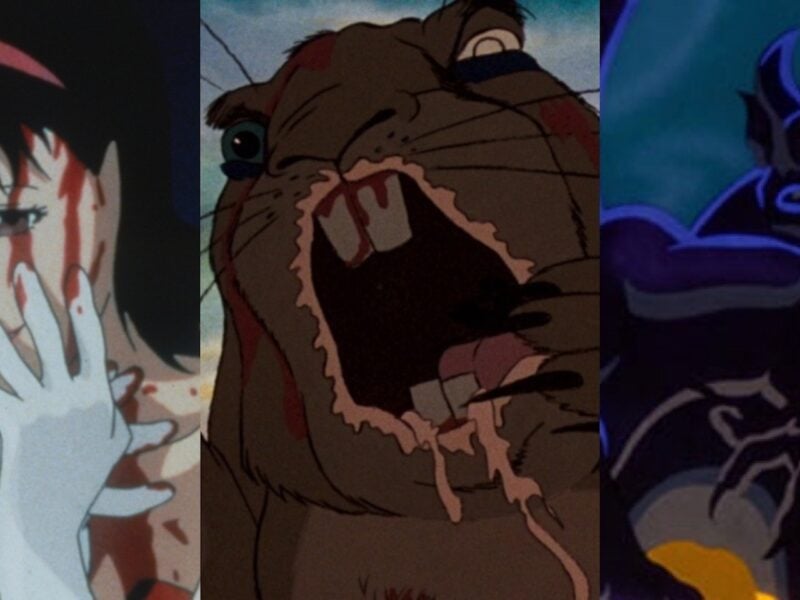 Scares in color: The best animated horror movies to check out tonight 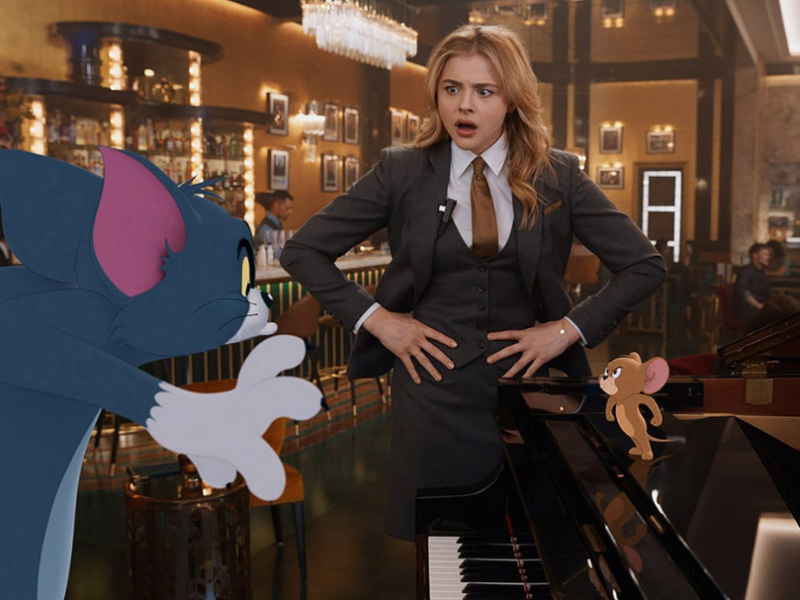