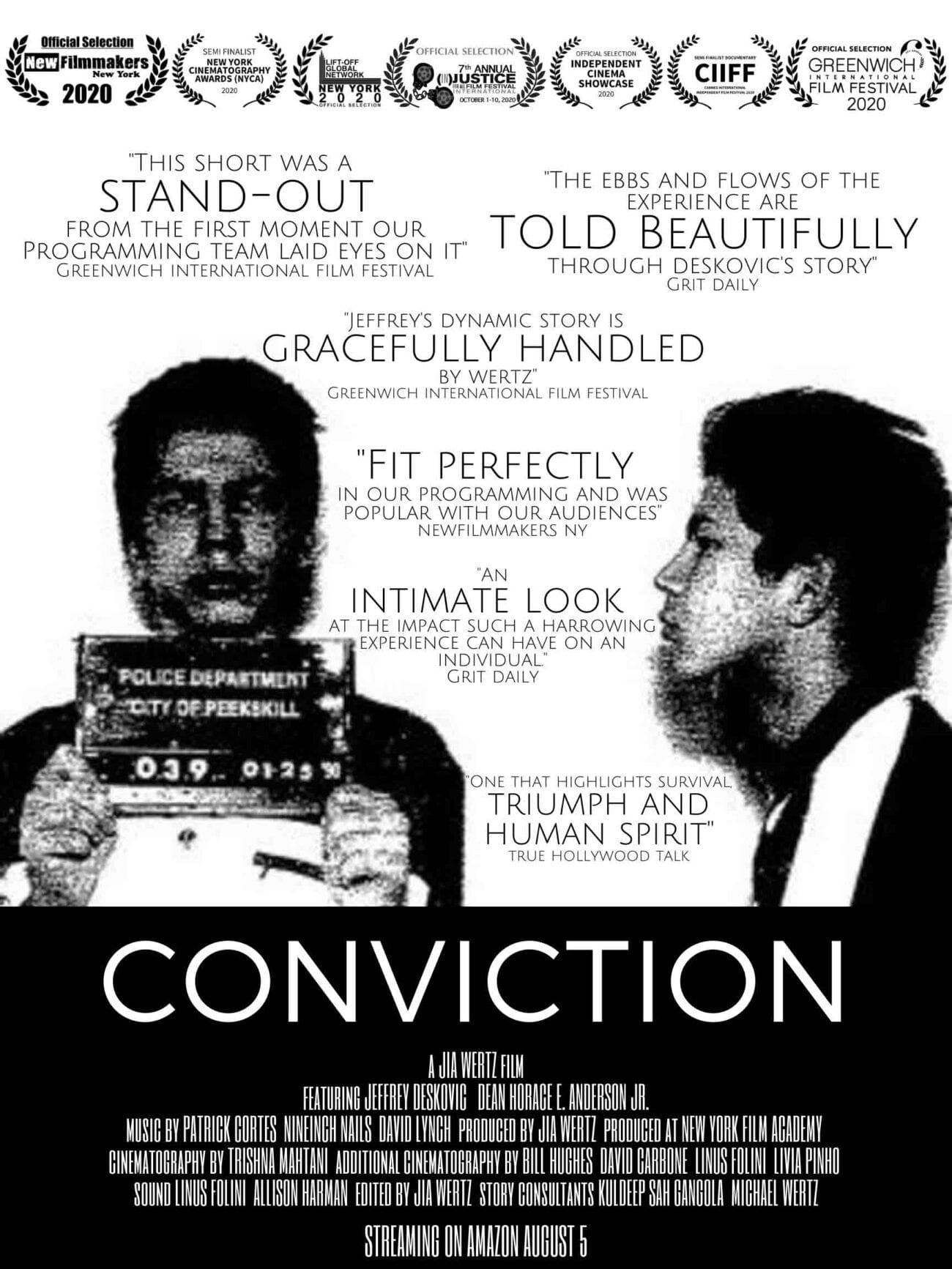 An interview with Jia Wertz: Director of true-crime documentary ‘Conviction’

Jia Wertz is from Calgary, Alberta and currently lives in New York City with her husband and son. She is a writer for Forbes, and a founder & fashion designer for Studio 15. On top of these accomplishments, she now has a debut short-film documentary called Conviction. Currently, you can watch Conviction for free with an Amazon Prime subscription.

Wertz seeks to speak about the conflict between institutional systems and individuals who are victimized by those institutions in the name of protecting the social order. In Conviction she follows the story of Jeffrey Deskovic and other people who have been exonerated for crimes they didn’t commit.

The film explores the inconsistencies in the criminal justice system of the United States, and the irreparable damage these people experience to their minds, families, and other relationships. We had the lovely honor of being able to ask Jia Wertz some questions about Conviction, her other works, and a few other things. Here’s what she had to say. 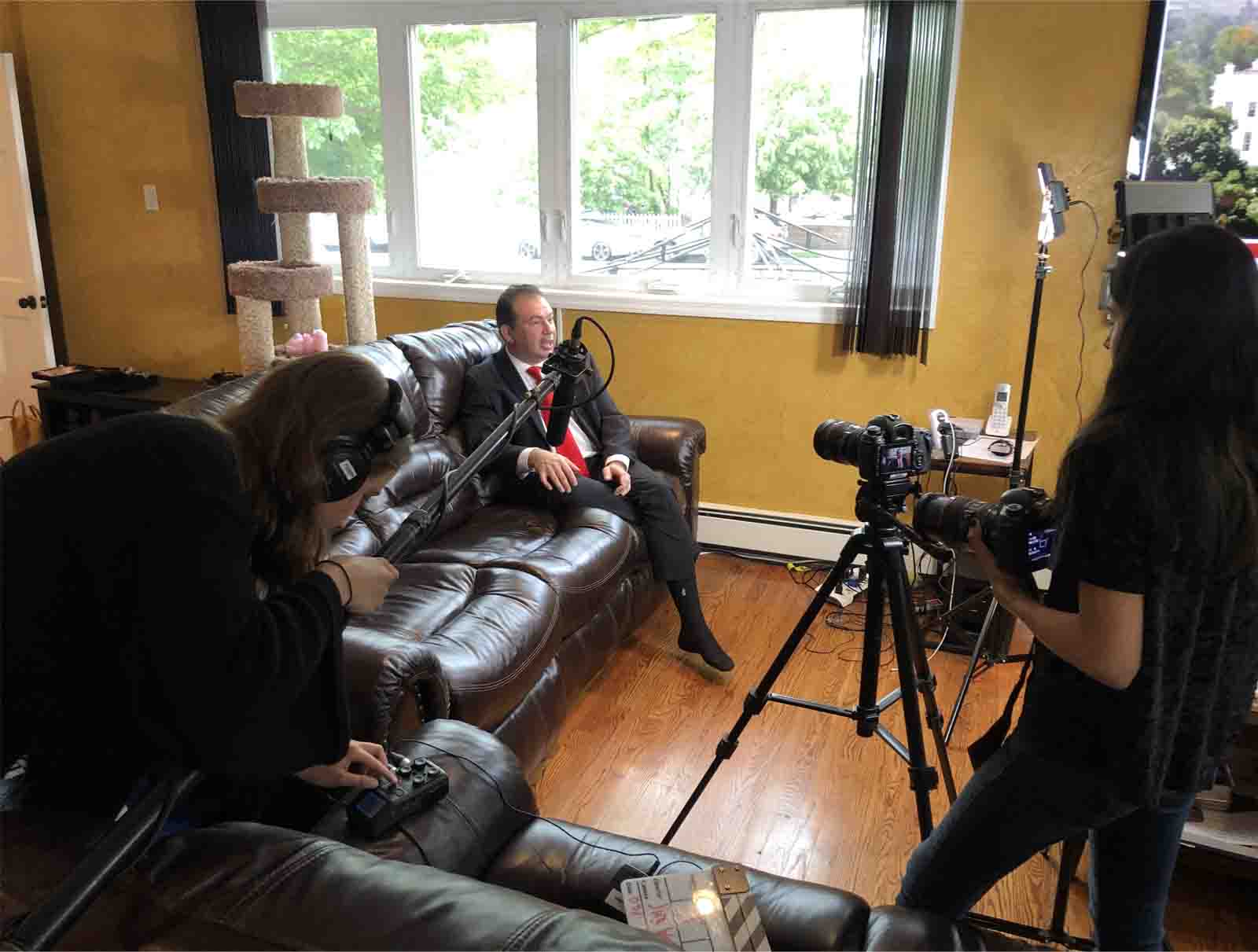 Can you tell us a little bit about Conviction?

Sure, Conviction is a true crime documentary short about a boy who was wrongfully convicted of the rape and murder of a fellow classmate at the young age of sixteen – and how he fought the justice system against all odds to prove his innocence.

The film tells his story, in his own words, and sheds light not only on the shortcomings of the justice system, but the physical and emotional impacts that wrongful convictions have on the lives of innocent people.

What inspired you to make Conviction?

I have been passionate about wrongful convictions since I was in my twenties. My interest in this cause began when I read Rubin Carter’s book The Sixteenth Round, and I’d wondered ever since what I could do to help people who have been unjustly imprisoned.

After listening to the Serial podcast I was really motivated to do something to help the cause.

With Conviction, I was able to get on that path – in a small way, but it’s a starting point.

Conviction is your debut film, what was the biggest thing you learned while making it?

The importance of strong interview skills. The only way you will get the compelling scenes you need is if you know how to ask the right questions and if your subjects trust you enough to be completely honest and uninhibited. 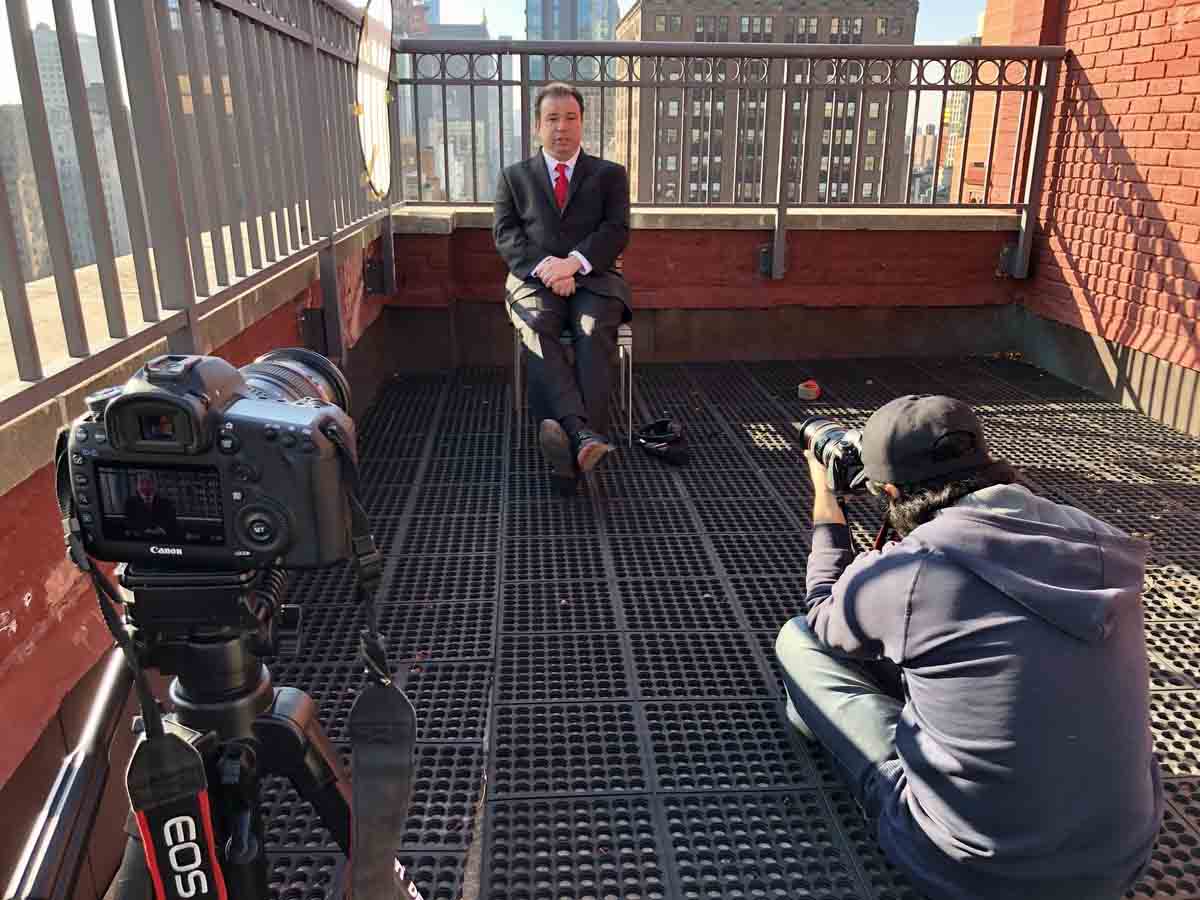 What was something that surprised you while making Conviction?

I was familiar with Jeffrey’s story, but the extent of errors, injustices, and unfairness that he endured did surprise me. Every step of the way, he faced roadblocks and obstacles, and that’s not even considering the biggest issue of his wrongful conviction, but all the smaller injustices in the process of fighting his conviction, such as the DNA not being tested, or the medical examiner lying about the DNA results.

And even after his release there was a pretrial settlement putting a cap on how much monetary compensation Jeff could receive, the list just goes on and on.And to think that we are talking about someone who actually got out of prison – there are so many people that are still locked up facing a similar reality or even worse.

Is there anything you want people to know before watching Conviction, or to think about while watching?

Yes, that there are far more wrongful convictions than you would think. A very conservative estimate is that about 2-5% of people incarcerated in the U.S. are wrongfully imprisoned. At this rate, it could mean tens or even hundreds of thousands of people – the numbers are staggering.

Were there any challenges you faced during Conviction’s production?

The pandemic definitely made the entire process much more challenging. We only had a couple interviews left to do when the pandemic hit so we had to halt production. And the film’s premiere was going to be at the Anthology Film Archives theater in New York’s Lower East Side, but we found out just weeks before the screening that all theaters were shutting down. There have been so many situations where we have had to change our course and come up with an alternative plan. 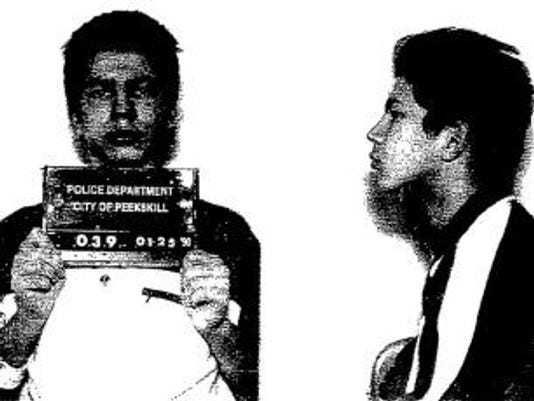 To you, what makes Conviction an important film?

That’s simple – it sheds light on a very important topic that most people can easily overlook. Until it impacts you personally, you may not even think of wrongful convictions as a major issue in our country.

I previously had a career in the fashion corporate world for two decades. I loved working in that industry because much like filmmaking, it allowed me to mix creativity and business. But it got to a point that I didn’t want to simply work at a job that was focused on making profits for a corporation without doing any good in the world for other people.

I was at Adnan Syed’s post conviction hearing in Baltimore and Amy Berg’s team was there filming the HBO docuseries The Case Against Adnan Syed. I had been thinking about how I can help the cause for quite some time, and with my past experience in photography, a light bulb just went off, and I realized that filmmaking is something I could do that would reach a large audience.

Then I enrolled at New York Film Academy to learn the aspects of filmmaking that I wasn’t familiar with and started working on Conviction a few weeks into the program. 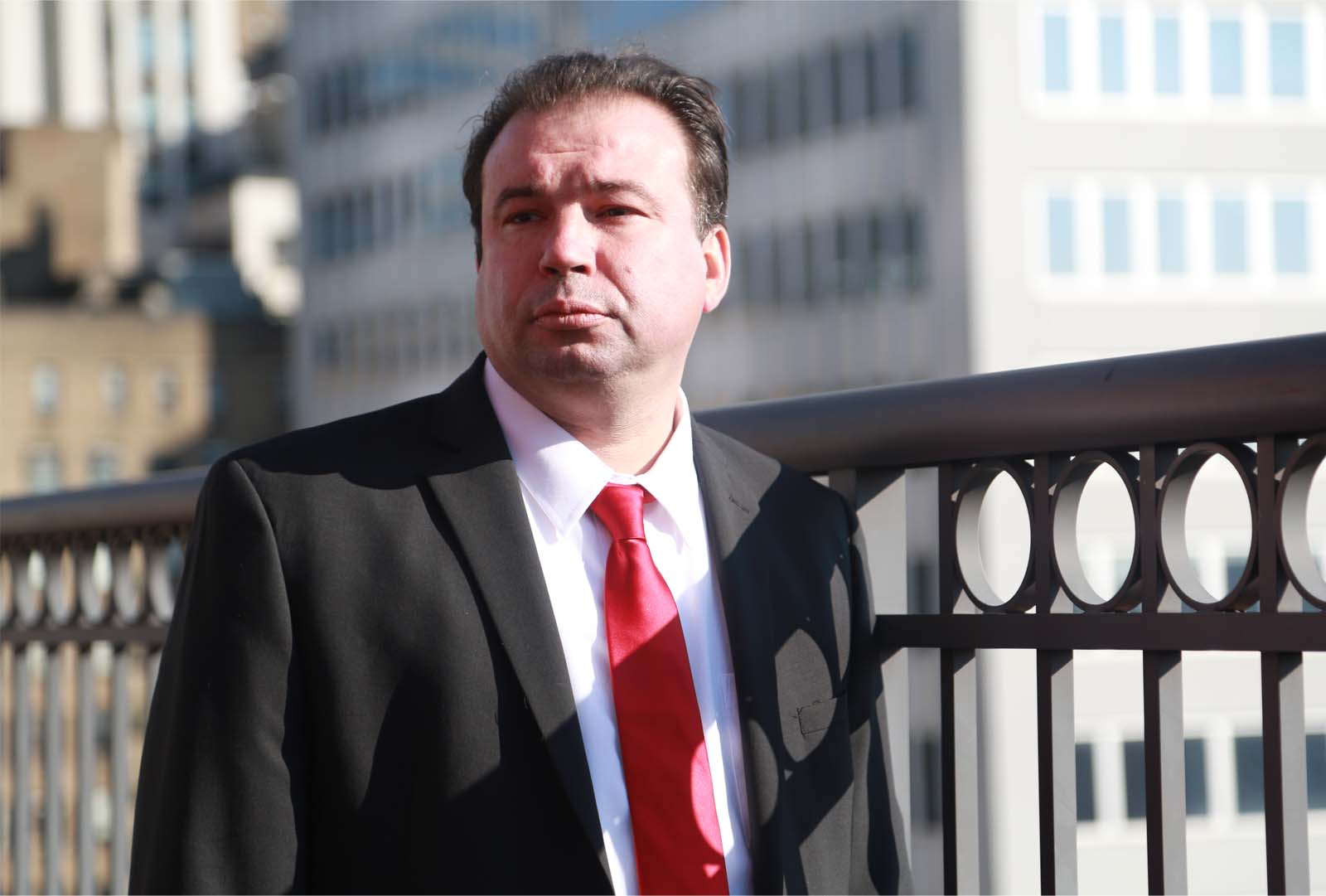 It’s hard to pick a favorite part because I love so many aspects of it. But if I had to narrow it down, I guess it would be the opportunity to interview people from all walks of life and connecting with them on a very personal level.

Can you tell us what your creative process looks like?

My process is very visual. Writing is not my favorite part of the process, so I will outline a story and create shot lists to get the story laid out visually. As I schedule shoots, I prefer to edit as I go, and keep crafting the story further with each consecutive shoot.

I also watch a lot of documentaries for inspiration and to formulate my own ideas on how to best tell the story. During the post-production process I make sure to step away from the film and take a break so I can come back in a few days or a week with fresh eyes and be more critical about what works and what doesn’t.

It’s definitely a lot of work, but considering that Conviction is my first film, it’s been great to learn so many facets of the job and maintain control over how I wanted the story to be told.

I very much enjoyed envisioning the story in my mind and then seeing it come to life almost exactly how I had pictured it. You don’t always get that if you’re not as hands on. But I am excited to work with a bigger team on my next film and get more creative input from other people. 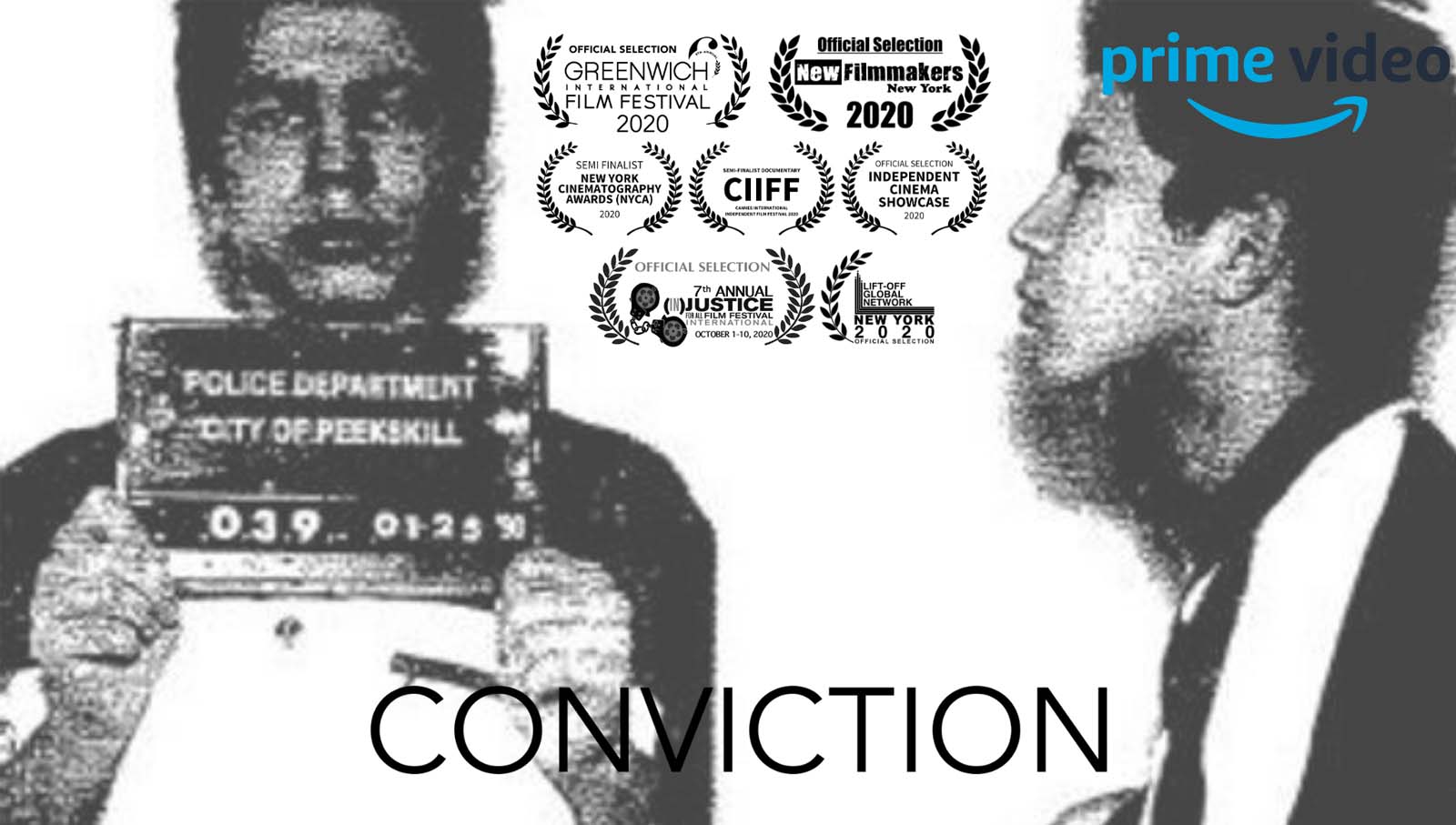 Can you tell us anything about your next project(s)?

I am just wrapping up the feature length version of Conviction. There is so much more to Jeff’s story that audiences will want to see. The documentary short that [was] released on Amazon focuses on Jeffrey’s personal struggles after being wrongfully convicted, the feature doc expands to focus on the justice system and police/prosecutorial misconduct.

I am just in the beginning phases of writing and researching the next documentary I will work on, which I can’t share the details of yet but I’m very excited to get working on it.

I want to create films that give a voice to people who’ve been silenced or forgotten due to wrongful conviction. And I hope that viewers are able to see another side of our justice system – the side that doesn’t always get it right – and they become advocates against police and prosecutorial misconduct.

I can’t narrow it down to just one. But The Hurricane is definitely up there since it’s based on Rubin Carter’s book. And the ending of The Jinx was pretty great, and very satisfying as a viewer, obviously.

The Jinx really reinforced the importance of going through all of your footage diligently and numerous times, considering that Robert Durst’s confession was found years later when someone on the team was reviewing all the audio files. That ending made the entire series in my opinion, and to think that they could have missed that audio file – that would have been such a shame. 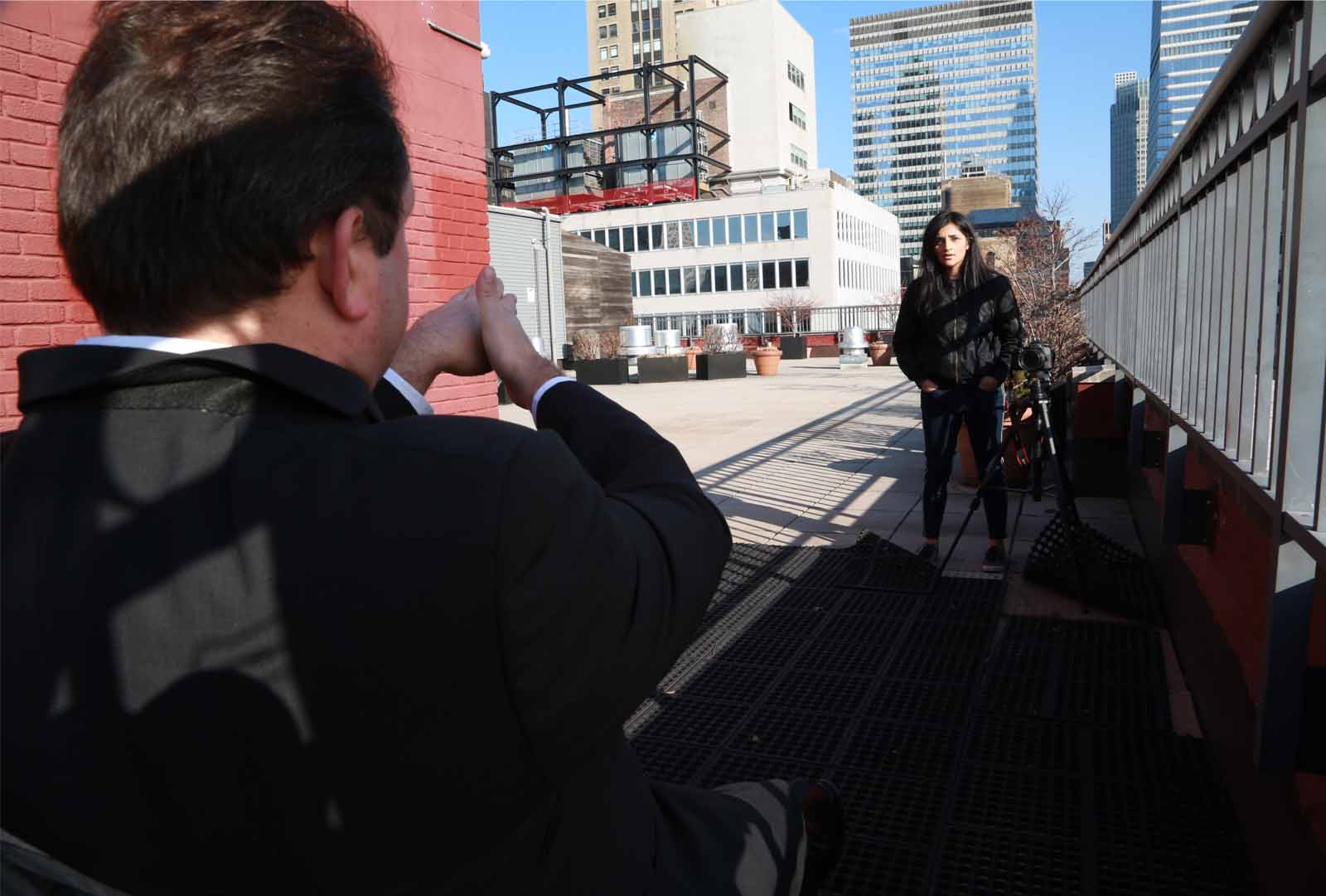 Conviction is a documentary, do think you’ll ever try your hand at fiction?

I may, but it would have to be based on a true story or event. I got into filmmaking for the sole purpose of telling true stories, so I don’t see myself working on narrative films, but you never know what the future will bring.

My plan is to finish the feature documentary I am currently working on by the end of 2020. And ideally to have at least three films under my belt within the next five years. Also to be working more in-depth with wrongful conviction cases.

If you could have someone compose a soundtrack for your life who would you have do it?

I have no idea, the thought of that just makes me laugh. I don’t envision anyone ever composing a soundtrack for my life.

As a newer filmmaker yourself, do you have any advice for people who are looking for ways to get started? 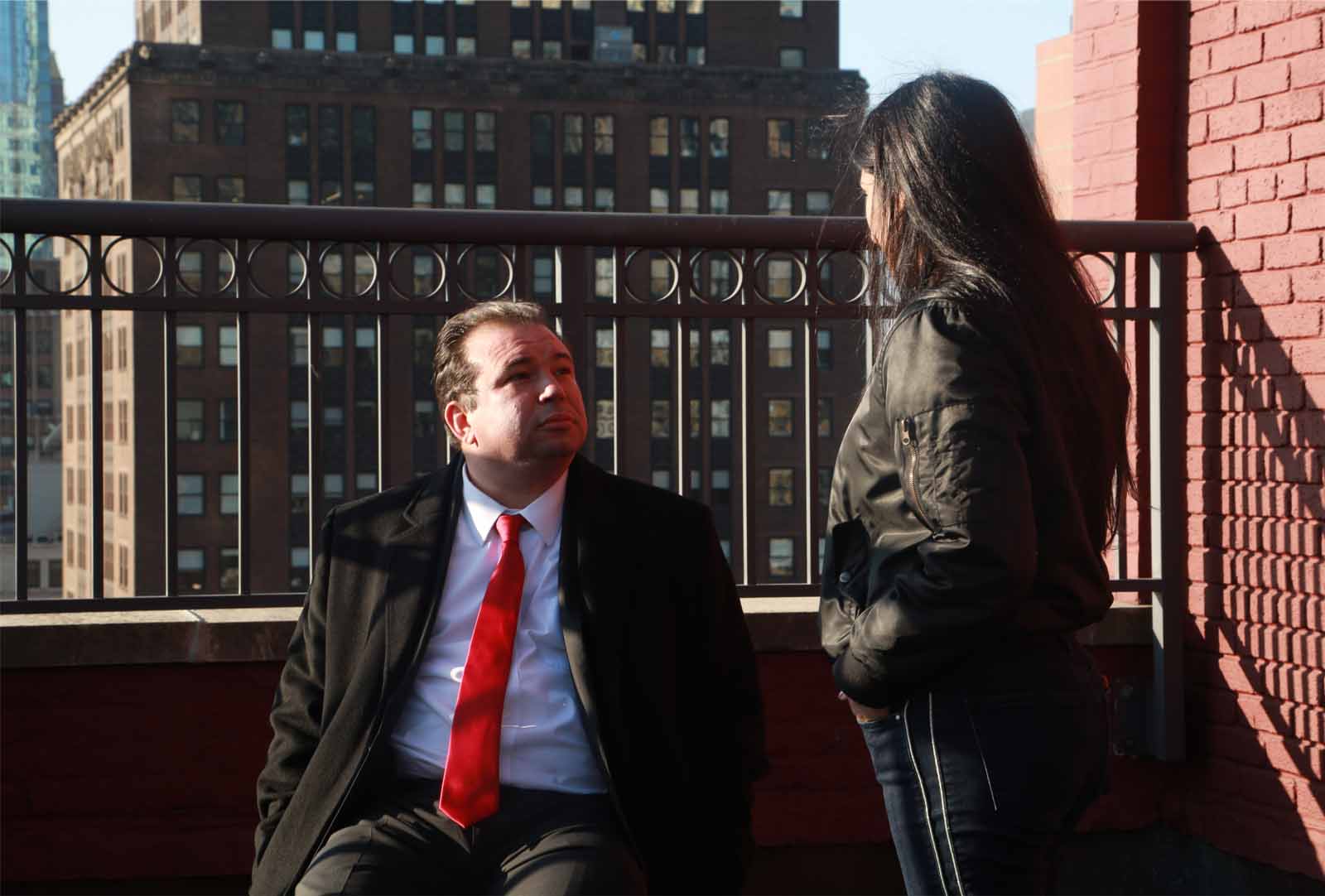 First, research as much as you can. Whether it’s research on the topic of your film or on the filmmaking process – I did that relentlessly for months and it helped me immensely in the filmmaking and distribution process. Secondly, just start in whichever area of filmmaking you are most passionate about or experienced in, and practice as much as possible.

What’s the best movie you’ve watched this year, so far? Why did you enjoy it?

Joker is definitely up there. Joaquin Phoenix just did such a great job playing that role. As far as documentaries go, I really liked Murder Mountain as well, it was very well done. And as someone who lived in San Francisco for nine years, I was shocked to see the lawlessness of what’s happening in Humboldt County.

And finally, an easy one: cats or dogs?

I like both cats and dogs, but I don’t want any pets. 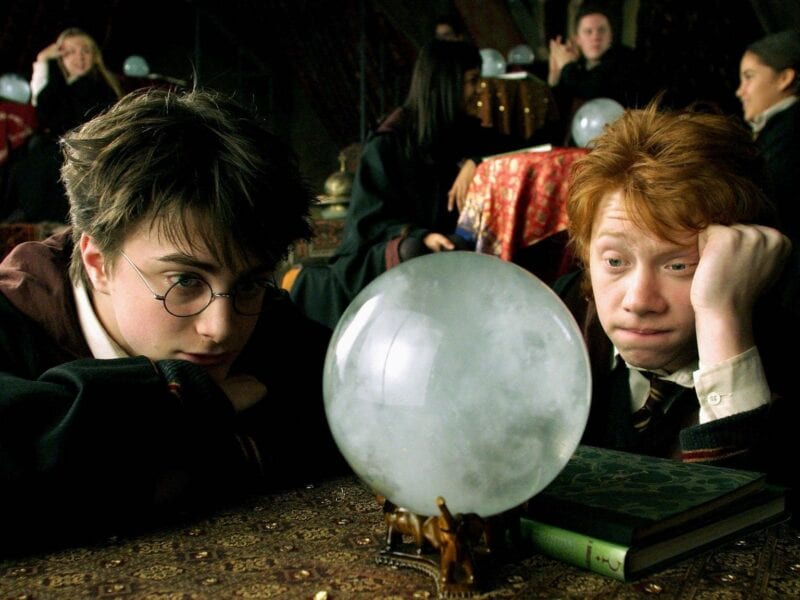 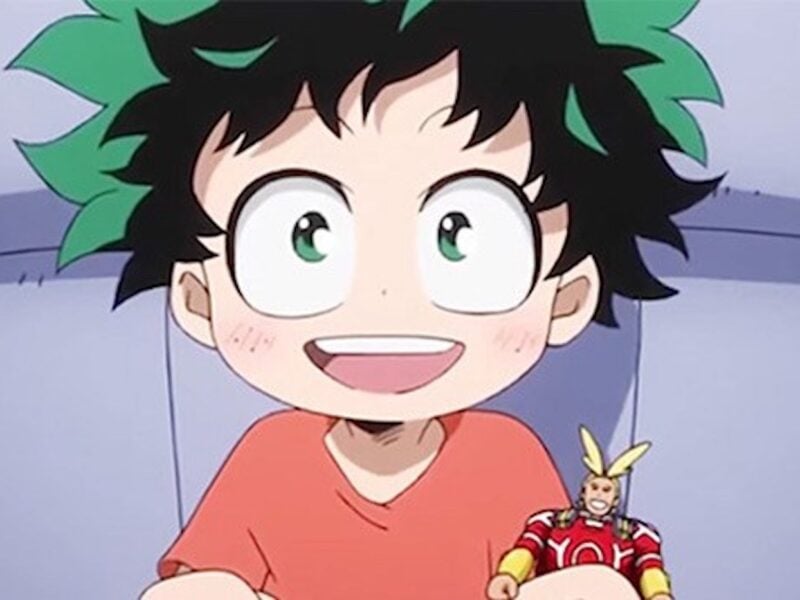 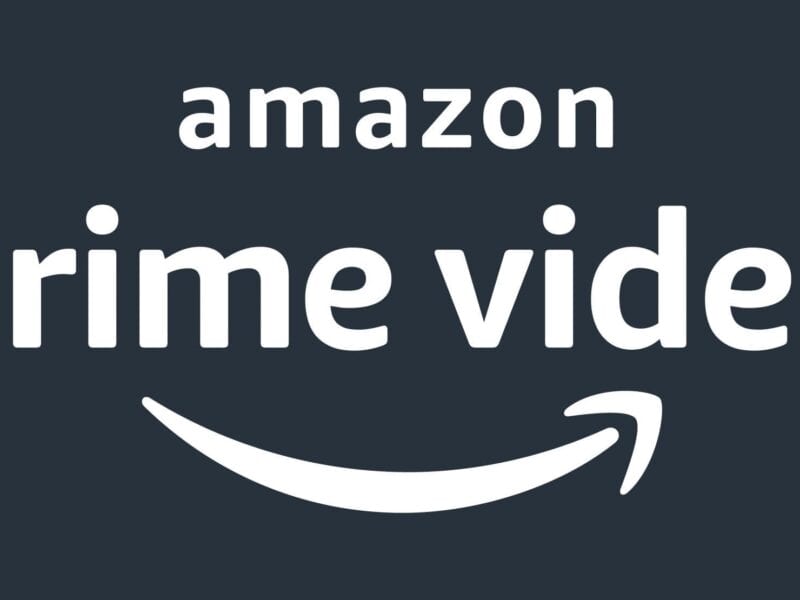