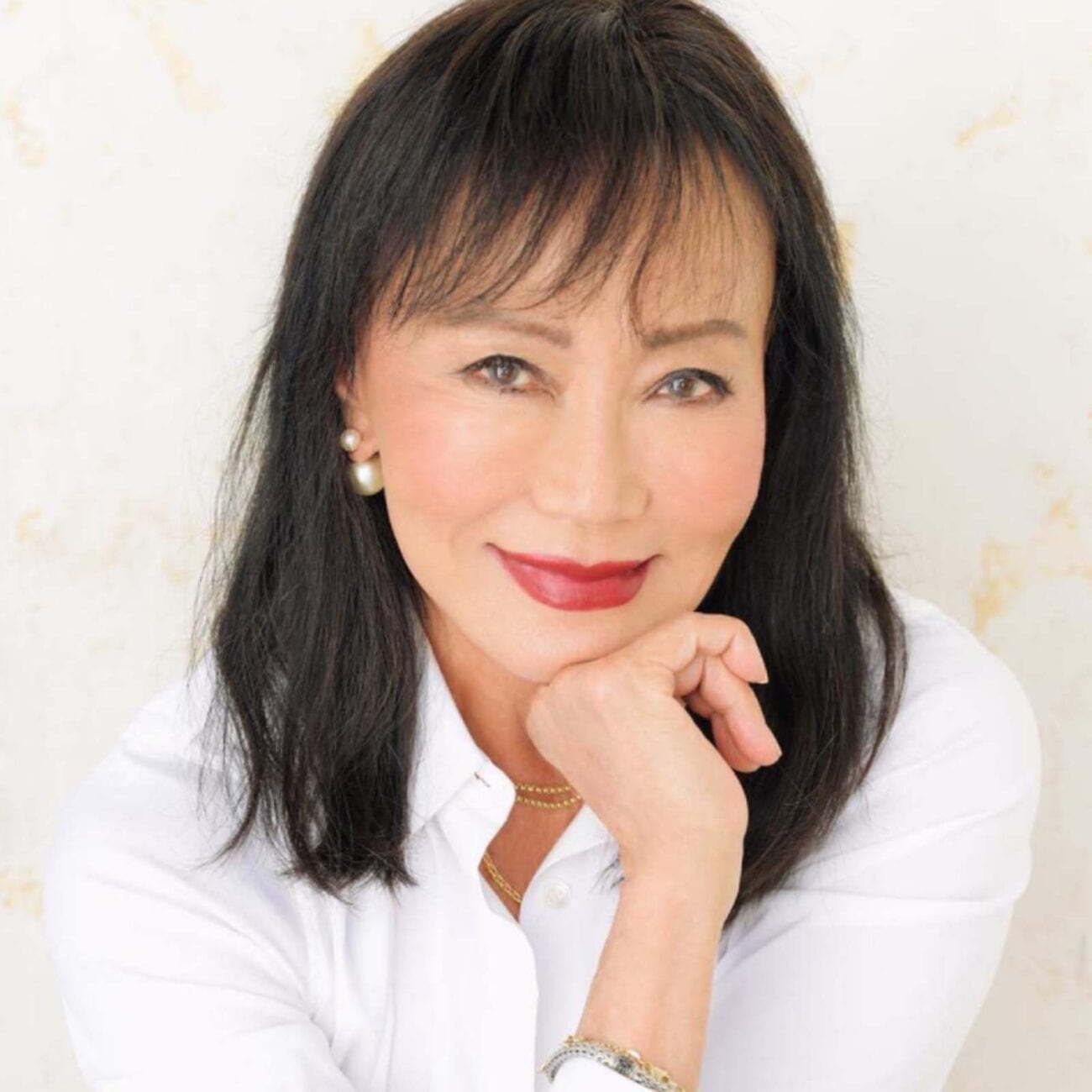 ‘Over the Moon’: An interview with actress Irene Tsu

Irene Tsu is a prolific actress who has been working in Hollywood for decades. She was born in Shanghai, China and originally dreamed of becoming a prima ballerina. In 1957 she and her family moved to America.

Later in life Irene Tsu auditioned for a broadway role in Flower Drum Song and landed a part in the movie adaptation instead. From there, as they say, the rest is history, and Tsu was enamored with acting in film. Tsu is one of the first Asian-American actresses to work in Hollywood films and is now considered one of the most distinguished in the industry.

Her latest project was taking on a role in the upcoming Netflix movie Over the Moon and we had the exciting opportunity to ask her about the film, her career, and more.

Can you tell us a little bit about the movie Over the Moon and your role in it?

Over the Moon is an empowering and heartwarming  story about independence and imagination. My agents submitted me for the role of ‘Grandma’. Many weeks went by until my agents called to give me the great news that I got the part!

I was so excited to be a part of the project, and to be able to work with Glen Keane who of course has worked on so many legendary Disney films. He was just as professional and respectful as one would imagine. He’s a perfectionist and directed me on every line, I loved working with him.

What drew you to take on this role in Over the Moon?

This movie is an amazing project for an abundance of reasons. However, the fact that it was based on Chinese culture and heritage really appealed to my own sense of culture. I was one of the first Asian-American actresses working in Hollywood, and I think the progress Asian-Americans have made in the Hollywood landscape since I first started my entertainment career has been amazing.

Most of your roles have been live action – what are some of the unique challenges in doing voice over work?

It’s true that I have not done much voice work, but I have had a bit of experience through my career. For example, I had to loop my voice when I did the “Chevron Island” commercials.

I also did some voice work in the video game Sleeping Dogs where I voiced an old hatchet wielding Hong Kong gang leader, which obviously is a striking contrast to my role as ‘Grandma’ in Over the Moon. Working with Glen Keane and his team really helped me overcome any initial challenges I had while trying to hone my perfect voice for this character. 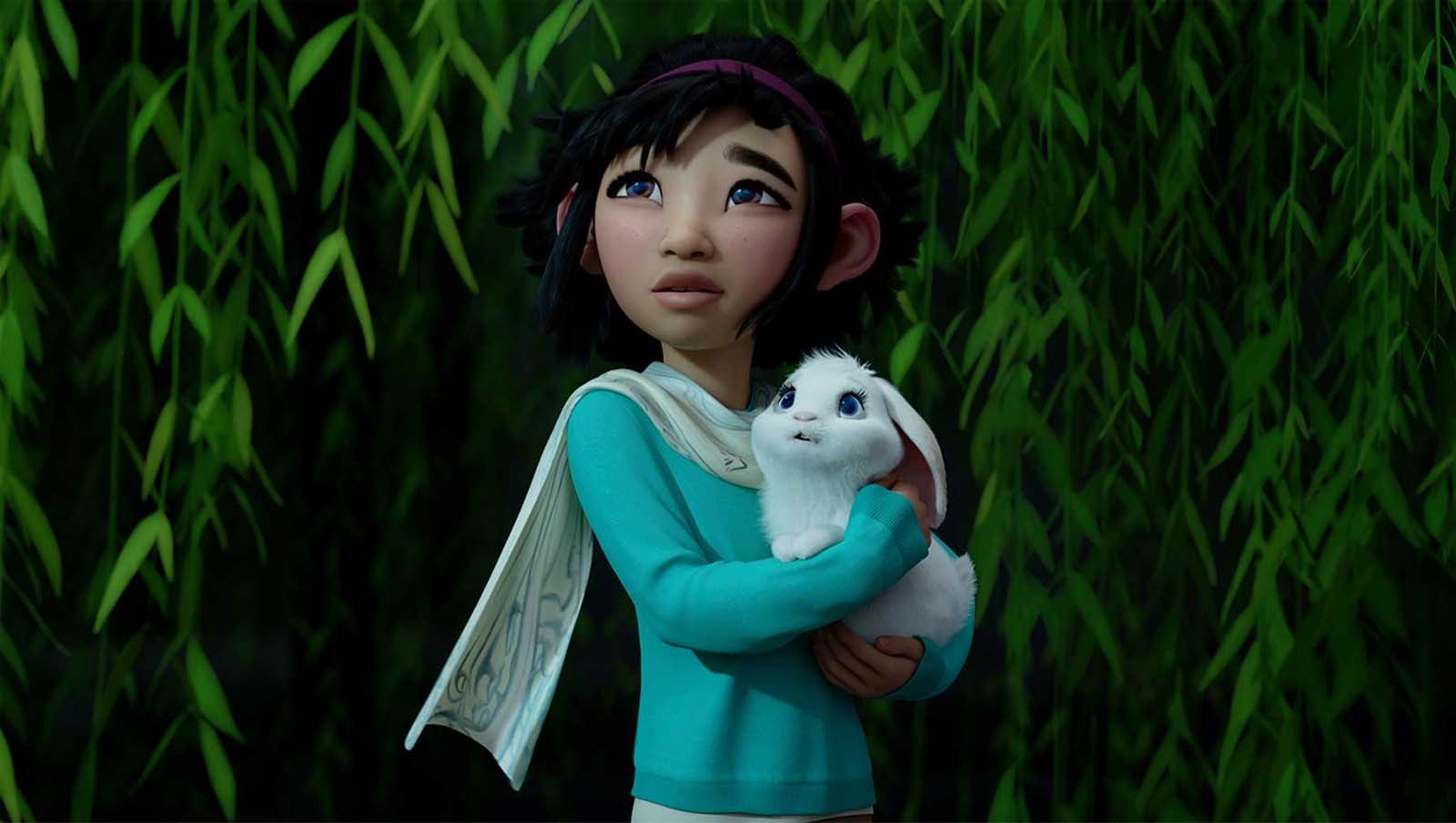 You have a long and prolific filmography, how has the film industry changed over the years?

As previously mentioned, the entertainment industry has changed drastically in the context of diversity and inclusion. When I first began acting, I was one of maybe 3 – 4 other Asian-American actresses that were regularly landing big roles.

Now, it is completely different. It’s so amazing to see the emphasis that production and film companies are putting on inclusion, although we still have a long way to go. That’s why films like Over the Moon are so important right now. It allows kids to see their own culture and experiences reflected in entertainment media – something that was sorely lacking in previous generations.

How have the expectations for actors changed over the years, in your experience?

Since my very first film role, I was always expected to give 110 percent and have professional on set behavior. That expectation is still the same, but of course now they have many more tools that films initially did not have access to like CGI. Still, an actor is always expected to thoroughly research and get to know their character, in order to bring them to life in the best possible way.

You also have a book, A Water Color Dream: The Many Lives of Irene Tsu, can you tell us a little bit about it?

My book details every part of my life, starting as a young girl in the Far East with dreams to be a professional ballerina and eventually recounting my experiences working with Hollywood legends like Elvis Presley, Jeff Bridges, Bette Midler, John Wayne and more.

I also give a detailed look into my long-term relationship with Frank Sinatra, which is often a reader favorite. I used the water color metaphor because I feel like that really captures the essence of my life. I’ve been a dancer, actor, water color artist, realtor, mother, daughter, fashion designer and now author. All these transitions have flown seamlessly, and ultimately made the one of a kind and beautiful piece of art that is my life. 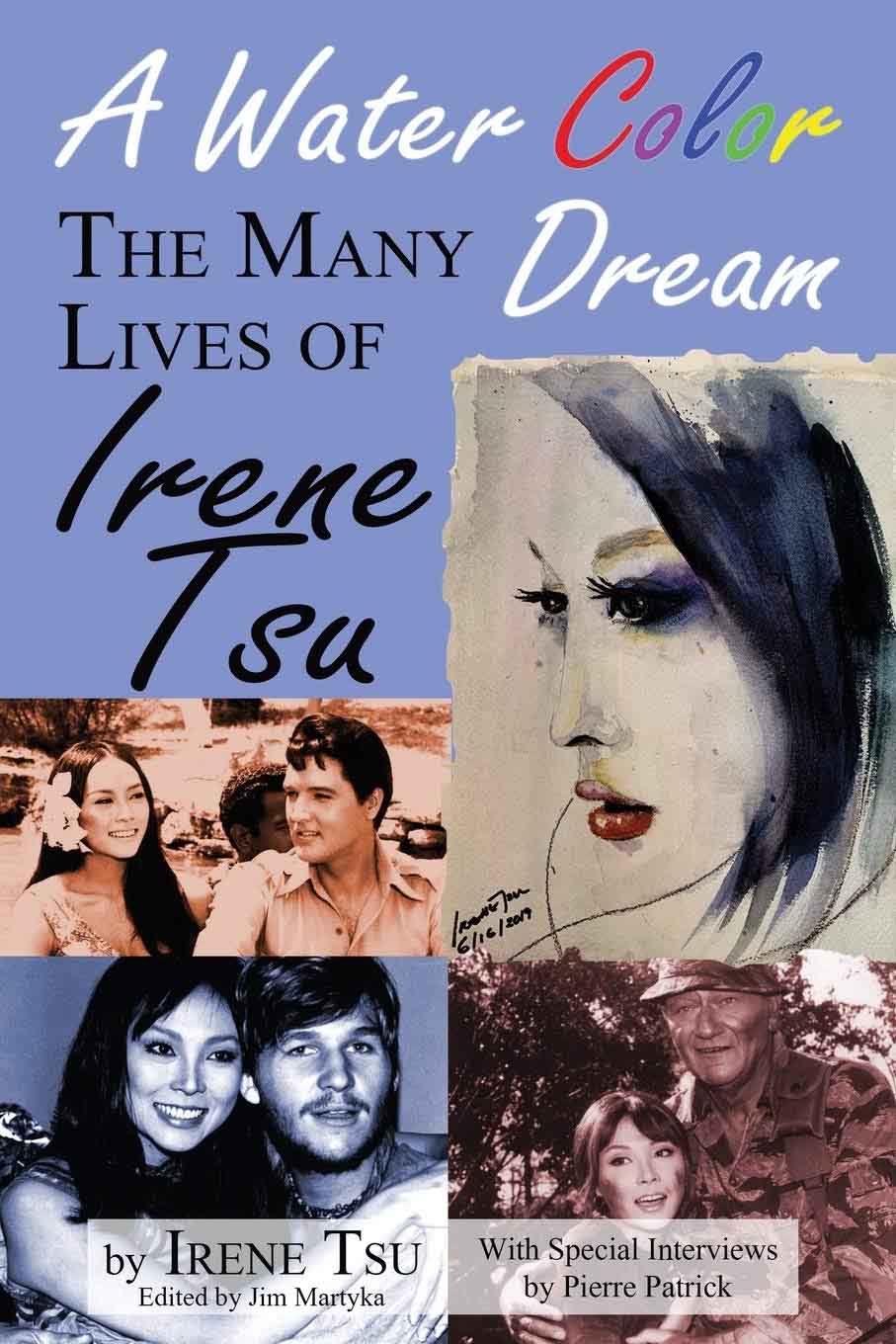 Can you tell us about your career before you got into acting?

My first ever job actually was in acting when I was 15 years old. I landed a Wish-Bone Tahitian Island salad dressing commercial. Before that, I didn’t have much of a career as I was still in school.

My first introduction to acting happened in school when a teacher of mine suggested I audition for a school production of Finian’s Rainbow. At the time, I had absolutely no interest in performing on stage because my English was still very bad then. However, the character my teacher wanted me to play was a deaf mute who spoke with her feet, so the role actually ended up being perfect for me. After that, my transition to acting happened quite naturally.

What is your all-time favorite movie you were in? What did you learn from it as an actor?

I feel very blessed that I can say that I don’t have a favorite movie that I was in because I enjoyed working in all productions so much. I will say though that one of the most memorable projects I worked on was Paradise: Hawaiian Style with Elvis Presley when he was at the height of his career. He had such charisma and charm, and I will absolutely never forget the time we spent filming together. 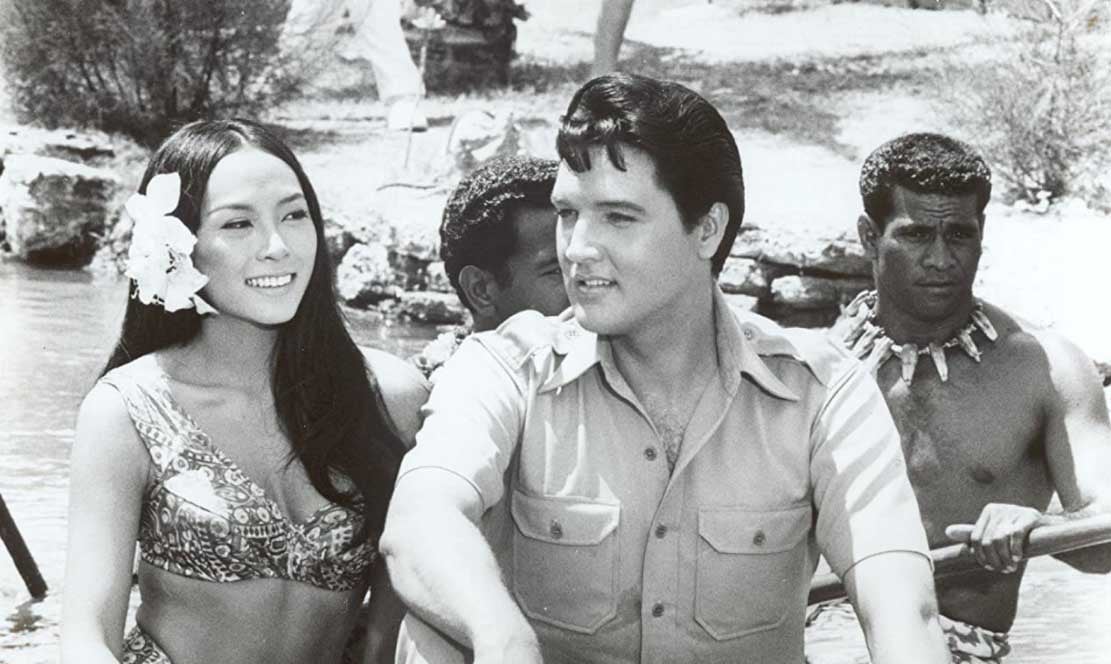 Can you talk us through your creative process when working on becoming a new character?

As mentioned previously, the most important thing you can do as an actor is to know your character. Much of this comes from the character background and description from the production team, but it is the actor’s responsibility to research their character and try to understand why they have the tendencies and personality traits that they do.

It is also always a good idea for actors to apply their own understandings, experiences, and feelings that are applicable to a new role to make the character feel as “human” as possible.

Are you able to tell us about any upcoming project(s) you have? What are they?

I can’t say much at the moment, but I can tell you that I’m up for another animated film and a TV series, and will hopefully be able to announce those projects soon.

Do you have any tips or advice for anyone considering an acting career?

Follow your passion. There are always going to be people who say you can’t or you shouldn’t pursue what you are passionate about. For me, that was my father. Instead of letting that negative energy hold me back, I turned it into motivation and that ended up really paying off.

What is your favorite part of acting?

This sounds like a cliché, but I love every single part of it. The freedom of working on new jobs, the excitement of collaborating with production and cast members, bringing a new character to life. It’s a really great field to be in if you are content with always working on something new. 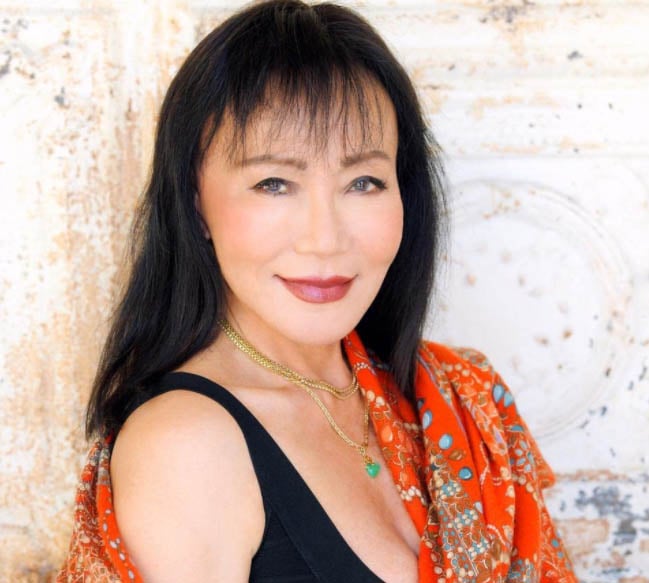 The most important part of acting for me is to ensure that the viewer is entertained. This means different things for  different projects, sometimes you want them to feel scared or lonely. Other times you want them to feel peaceful and understood. It all just depends on what that specific project and character is meant to do in order to entertain the audience and contribute to the overall storyline.

You’re also a watercolor artist, when making art what do you often draw inspiration from?

I get inspiration from elements, objects, or even feelings. I have done portraits of people, nature, dancers, yoga masters, etc. That is what I love to do in my spare time because my mother was an artist and I grew up around it. It feels very natural for me to express myself artistically.

Who or what would you say your current artistic influences are?

Nature is a very powerful influence for me as an artist. I would say that is the most prevalent influence I have been relying on recently in these strange and unprecedented times. I think many people are trying to reconnect with nature right now because it often brings a lot of peace and tranquility to the soul.

If you could have someone create a soundtrack for your life who would you want to compose it?

I like all kinds of music so this is definitely a difficult question for me. Of course I’m drawn to a lot of ’70s music, also like casanova, Cuban and even some classical and jazz, so I think an artist from those genres would be the best to write something that resonates with my life. 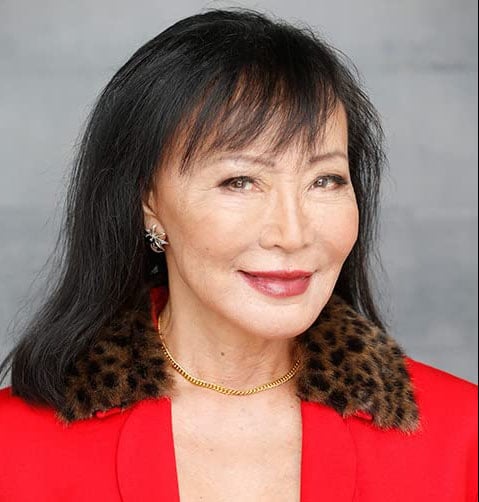 You’ve been on a lot of different film sets – do you have a favorite funny story? What is it?

I actually go into great detail about my experiences on film sets in my book. My favorite funny on-set story is probably the first time that I met Elvis, as it was a bit embarrassing but definitely memorable.

You’ve held a lot of titles from actor, to artist, to realtor – what has been your most rewarding so far?

Right now, I’m most interested in water color painting and writing short stories. I also like being a realtor and working with new people. I feel very grateful to have been able to have so many wonderful career paths throughout my life.

Share via:
Tags
A Water Color Dream: The Many Lives of Irene TsuInterviewIrene TsuNetflixOver the Moon
Author