Blake Jarvis’s directorial debut film Killing Ray Yamamoto is about two inexperienced hitmen who find themselves targeting an extremely dangerous member of the Yakuza. The film was inspired by a conversation Jarvis overheard between two of his friends. They were talking about the stark & amusing contrast between the extreme nature of doing stunt work on a film set versus the much calmer nature of working the craft services table on a set.

Jarvis then had the idea that it would be funny to see two hitmen who, despite being killers, are really very flawed, human, and ultimately pansies. He liked the concept of a hitman academy being forced to fill jobs just like any other workplace in the world – the most boring job in the most thrilling industry.

Blake Jarvis admits he has fallen more in love with making movies than actual films themselves. He grew up making small projects with his friends about anything they felt like. When he was seventeen he learned how to edit video footage and says it changed everything. 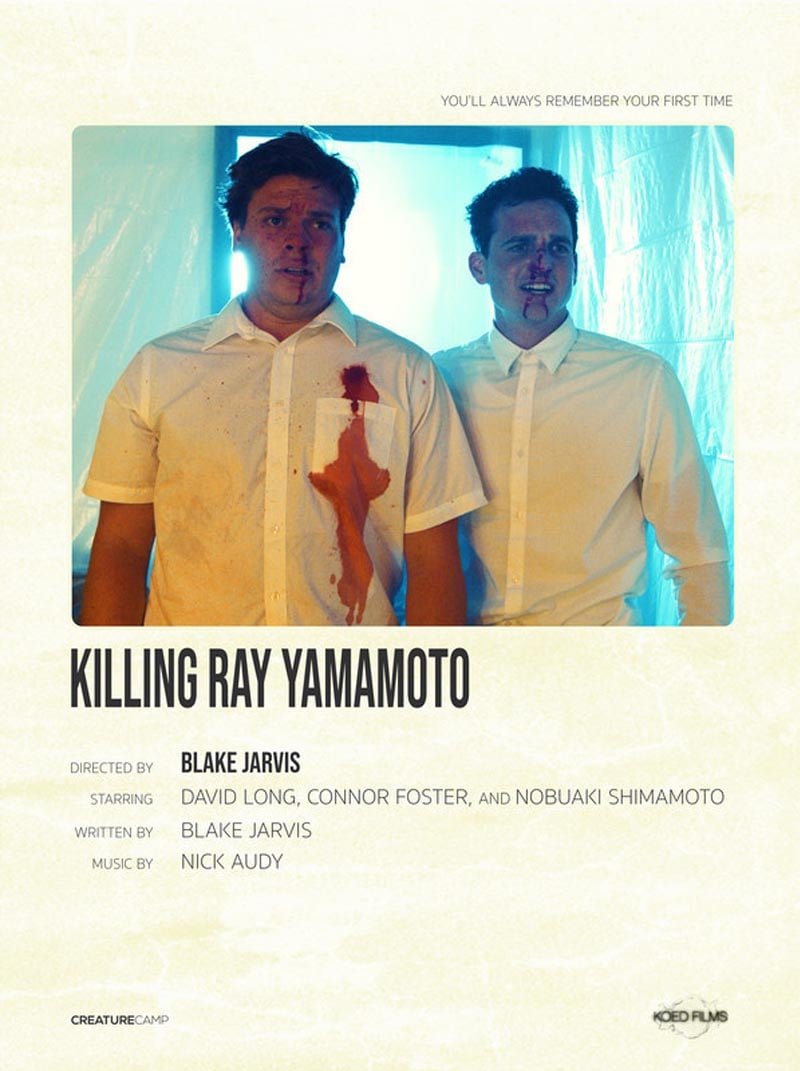 “Editing has become my favorite part of making movies. It’s a great way to make the story you want to tell more digestible. It’s where story structure is finally tested. I love comedies and I love watching complex characters change across time.”

As for Killing Ray Yamamoto, Jarvis says the film was a “blast to make with all my friends”. They worked with a minimal cast and crew which required a lot of effort on everyone’s part during the long process. “I am proud to say we made an entertaining, comedic, and action-packed film. I hope more and more people can see it and have a fun time watching”, says Jarvis.

The fight choreography for Killing Ray Yamamoto was an extremely important aspect of the film to Jarvis & the cast. They spent weeks rehearsing the blocking before even considering picking up the camera. They drew inspiration from Jackie Chan’s complex, comedic, and realistic fighting style.

Blake Jarvis explained their own approach to choreography for the film saying, “Our space was more limited than a typical movie, so we couldn’t do everything we wanted, but we emphasized longer takes, and not cutting away on the hit. Whenever possible, we wanted to stay wide and just let the action play out.”

Jarvis also praises actor Nobuaki Shimamoto, and admits they were lucky to find him. Nobuaki already had substantial experience with on-screen fight scenes, and had information about Japanese gangsters, from the time he lived in Japan, that helped to add authenticity to his role & the film. “He had great suggestions that sparked a lot of creativity amongst the cast.”

As a few parting thoughts Jarvis says how grateful he is for everyone he worked with on Killing Ray Yamamoto, and how happy he is with how it turned out, “This is the first short I’ve made. It took a lot of saving up and a lot of work. I didn’t have the budget for almost any of the jobs, so I handled most of the little things that most people don’t think about when watching a movie.

“It was incredibly rewarding to see this thing through. I hope the actors feel some ownership over the project because I couldn’t have made it without them and it would be way worse had they not been in it. They were really helpful for bouncing ideas off of and molding this thing into what it is today.”