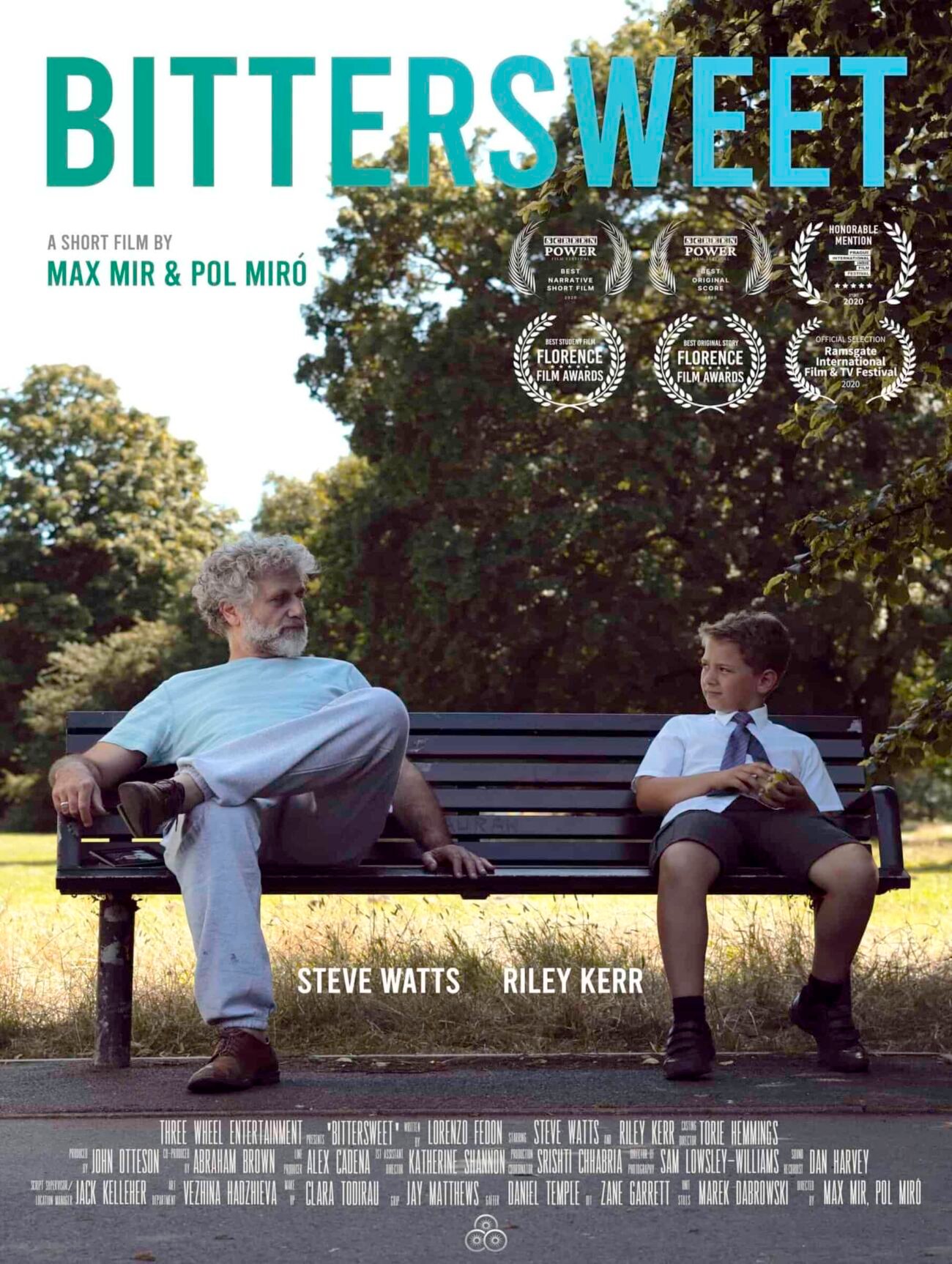 Max Mir has always had an interest in filmmaking. Even as a child, Mir was making short stop motion videos with his toys. As he grew older, he put that passion into directing, and even worked on earning his BA at the Met Film School.

Now, after plenty of success in the short film world, Mir is back once again with his latest short, Bittersweet. Telling the story of a suicidal baker who tries to end it all, but is stopped by a boy desperate for a cake, Bittersweet has received plenty of praise on the film festival circuit.

We spoke with Mir about the film and his journey as an indie filmmaker. 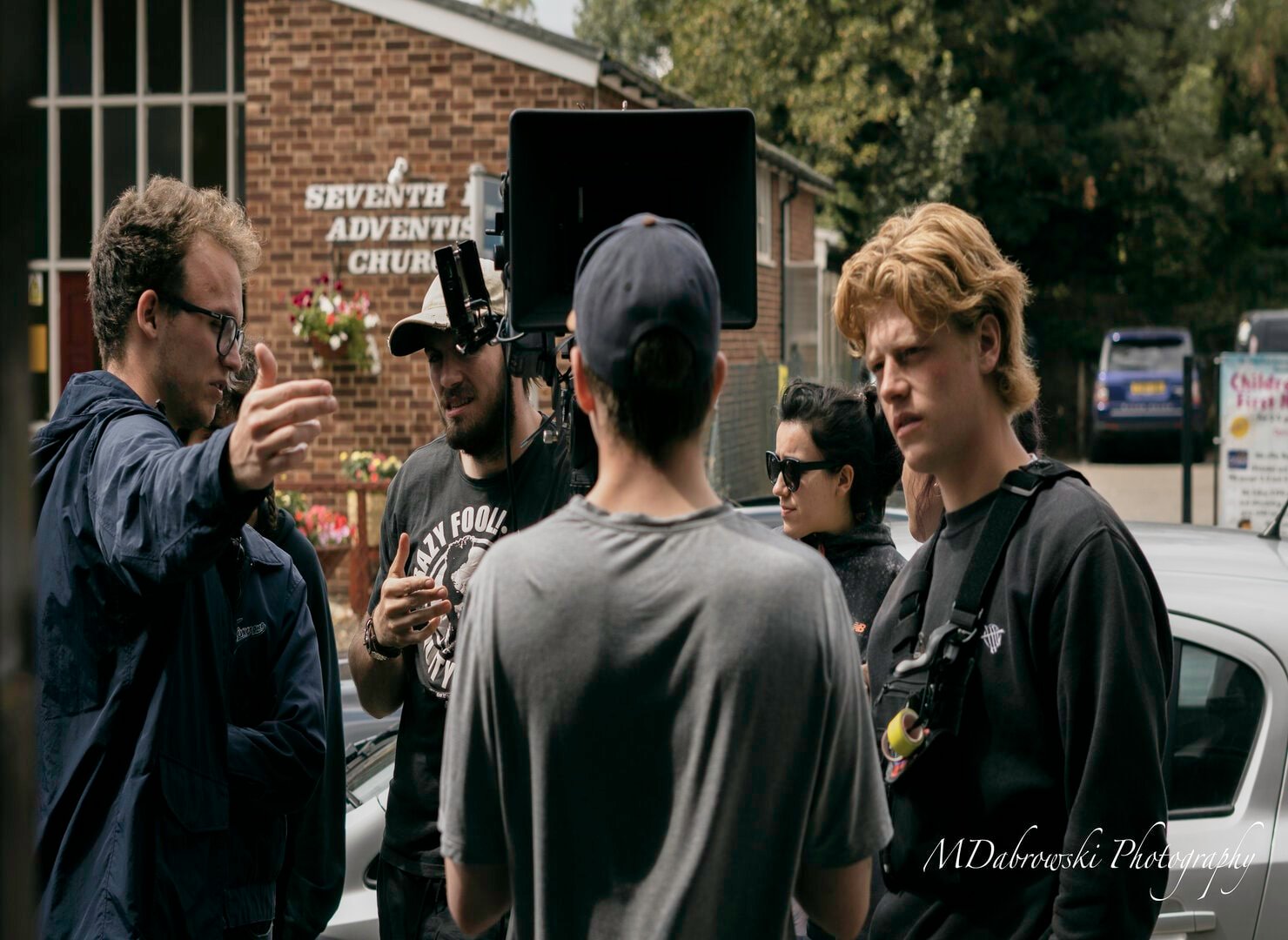 Tell us about your filmmaking journey.

My filmmaking journey began quite unexpectedly. My father once gave my friends and I a simple video camera and offered to film us fighting this giant teddy bear I had. The outcome surprised me so much, I decided to make weekly short films that my father would then edit.

These little experiences amused me so much that I started studying filmmaking, attending several filmmaking courses, and even obtaining a BA degree from the Met Film School in London. During the process I also jumped into theatre for a while, which really helped fuel my creativity and make me want to become a storyteller even more. 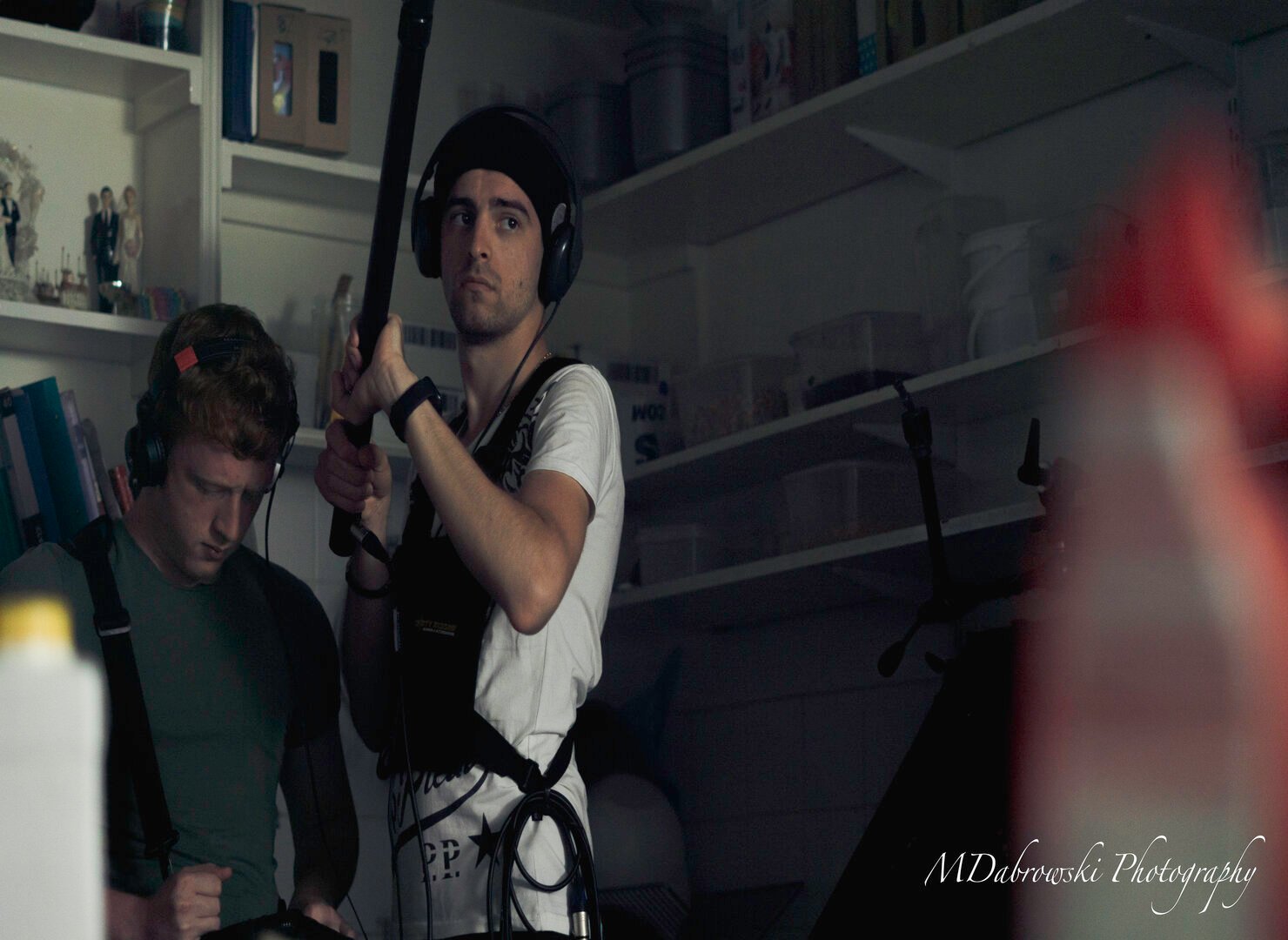 Was there anything you wanted to do instead of filmmaking?

As a child I always wanted to be an actor; I even went to drama school for seven years. On the little short films I mentioned, I would also act most times. However, acting was just a phase that slowly faded away, and the director’s chair was a lot more appealing to me overall.

You’ve been working on indie films for a while now, would you consider yourself an indie filmmaker?

Absolutely. Lately “indie” seems to have a negative connotation, especially regarding the typically low-budget indie films are known for; but to me being an indie filmmaker means being honest, emotional, pure – doing everything in your power to make your little film work. A film -especially an indie- is like a child, you’d do anything for one that was yours. 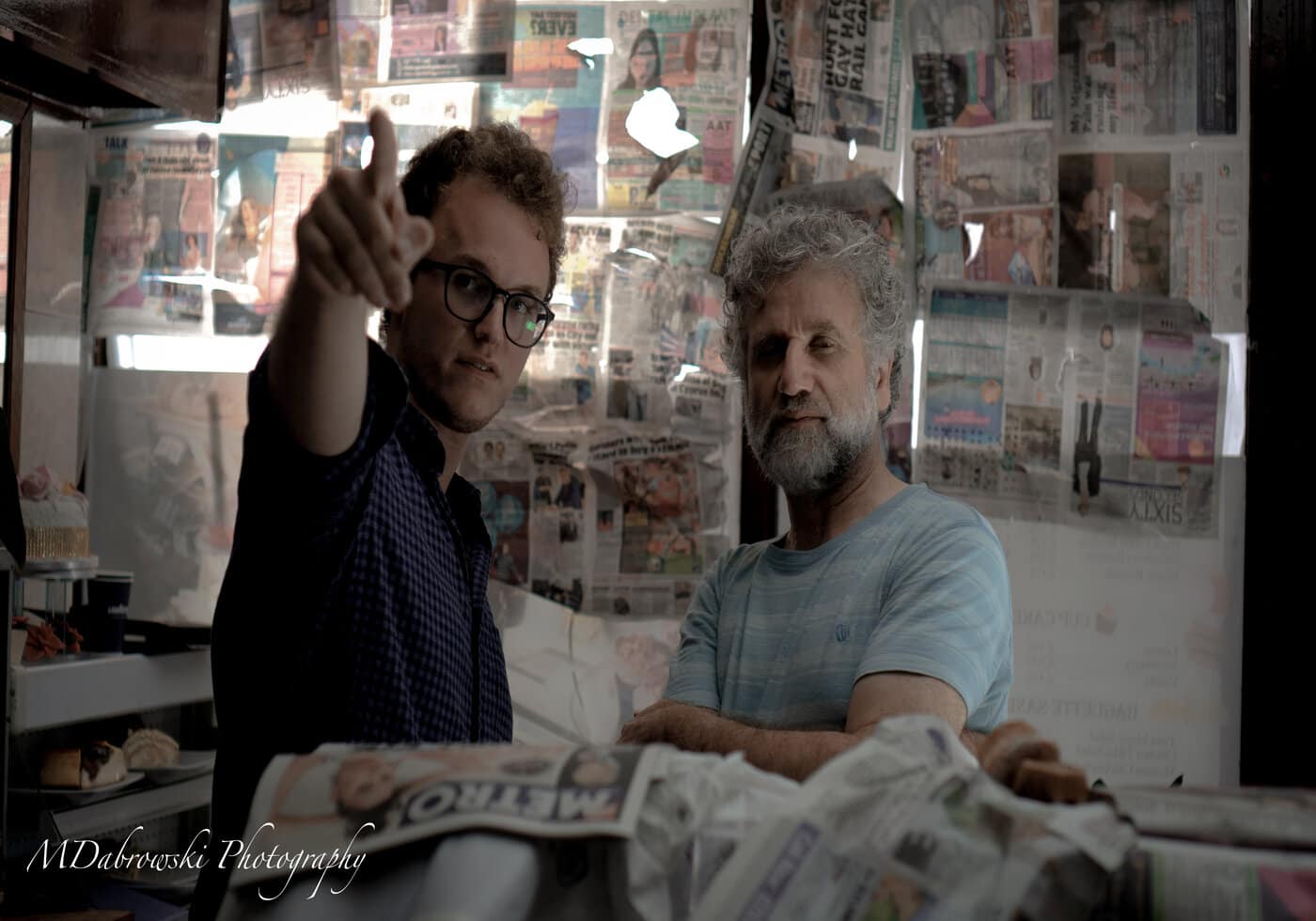 Do you ever think you’ll stop being an indie filmmaker?

In a way, I don’t think you ever stop being an “indie filmmaker”. Having worked recently on a high-budget television series, I’ve realized there’s always going to be an “indie” aspect to it. And I don’t necessarily mean that regarding the quality of the show, I’ve seen it more on the production side of things.

The true spirit of filmmaking is indie, raw, dependent on problem-solving. There are fabulous videos on YouTube from directors who’ve made a high-budget, commercial film, explaining all the shenanigans they had to go through in order to make their movie work, despite all the budget they might’ve had.

It all can start with a song, a dream, an image, or even a scene from a movie that made me feel emotional about something. My starting points are always different, but once I’ve found one, I’ll start brainstorming in my head many scenarios and concepts for the story we’re about to write.

Usually, I write them down, that way when a screenwriter comes on board, he/she can tell me if these ideas are terrible or not. When working with a cinematographer, I really enjoy encouraging us to write our own shot lists, so when we talk through them, we can discover what scenes we envisioned the same way, and which ones we didn’t.

If the latter occurs, we discuss what works best and find a solution, contributing to the project with the best of both worlds. 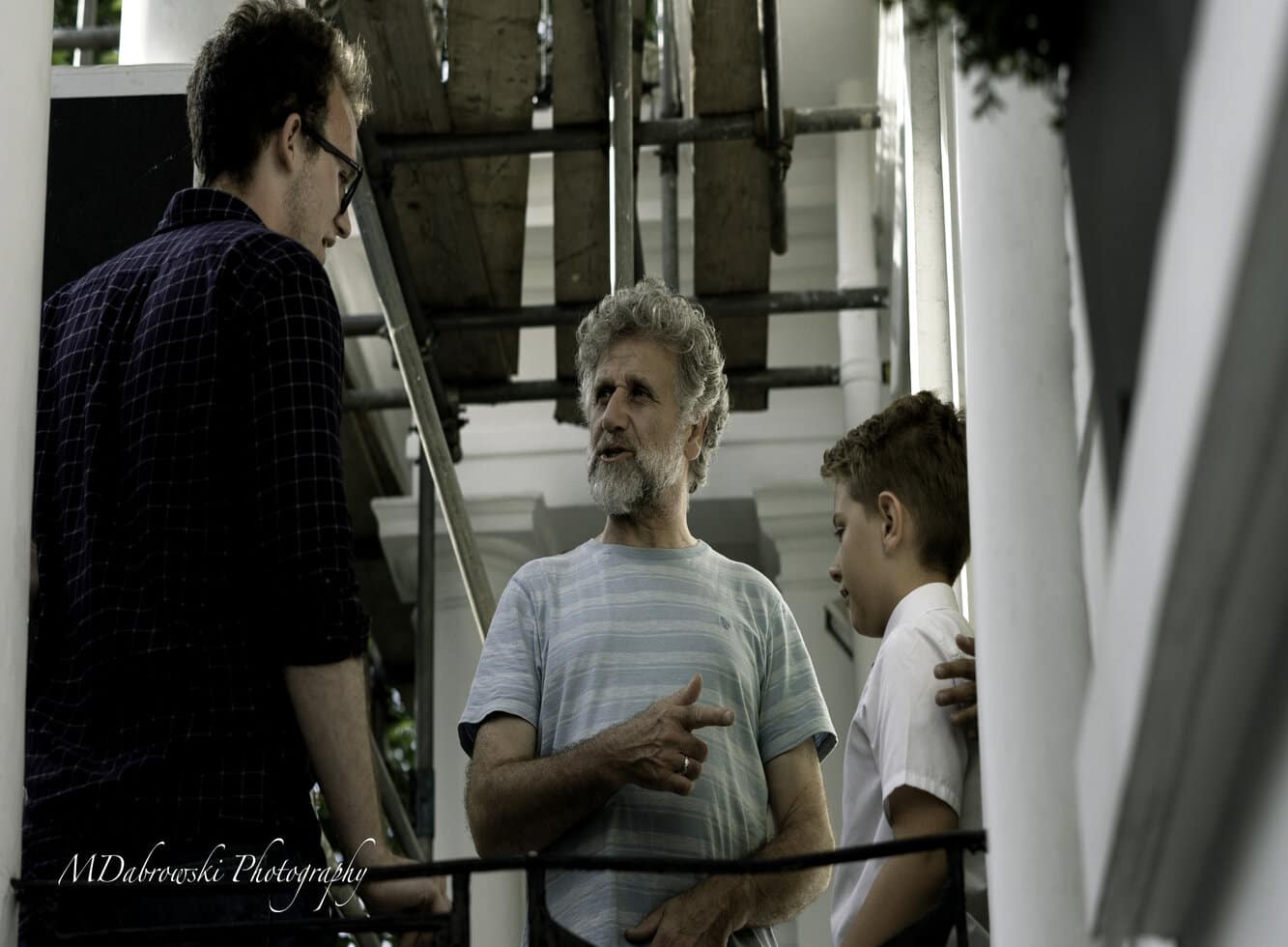 What inspired you to make Bittersweet?

I always wanted to make a film about the relationship between a childish adult and a mature child; but I never knew how I could turn that into a script. Recently I had met someone just like Benedict; someone who was aware they had a second chance at “making things right” but just . . . didn’t want to.

That was truly impacting and confusing for me; I couldn’t understand how someone could reach that point in their life. When I realized I couldn’t get that thought out of my head, I knew it was time to start working on a film about it.

While making Bittersweet, you wore a lot of different hats. Tell us about that experience.

This was part of the “indie” aspect to the film. I directed and sound mixed the film, as well as created the original story alongside screenwriter Lorenzo Fedon. We had some unexpected costs during the production of the film and our sound mixing budget was reduced, making it impossible to find someone who’d help us.

I had a gut feeling we’d take ages to find someone, so I decided to do it myself, as I fortunately had access to Adobe apps. Therefore, I watched many YouTube tutorials and taught myself how to sound mix.

When the editor and producer mentioned how good it was (in comparison to the previous version, I assume), I knew I had done well, and proceeded to finalize the sound mix. On our first screening I was happy to hear everyone thought the sound was amazing, so I just said it was thanks to Dim Petkov and Dan Harvey, who make a brilliant sound team. 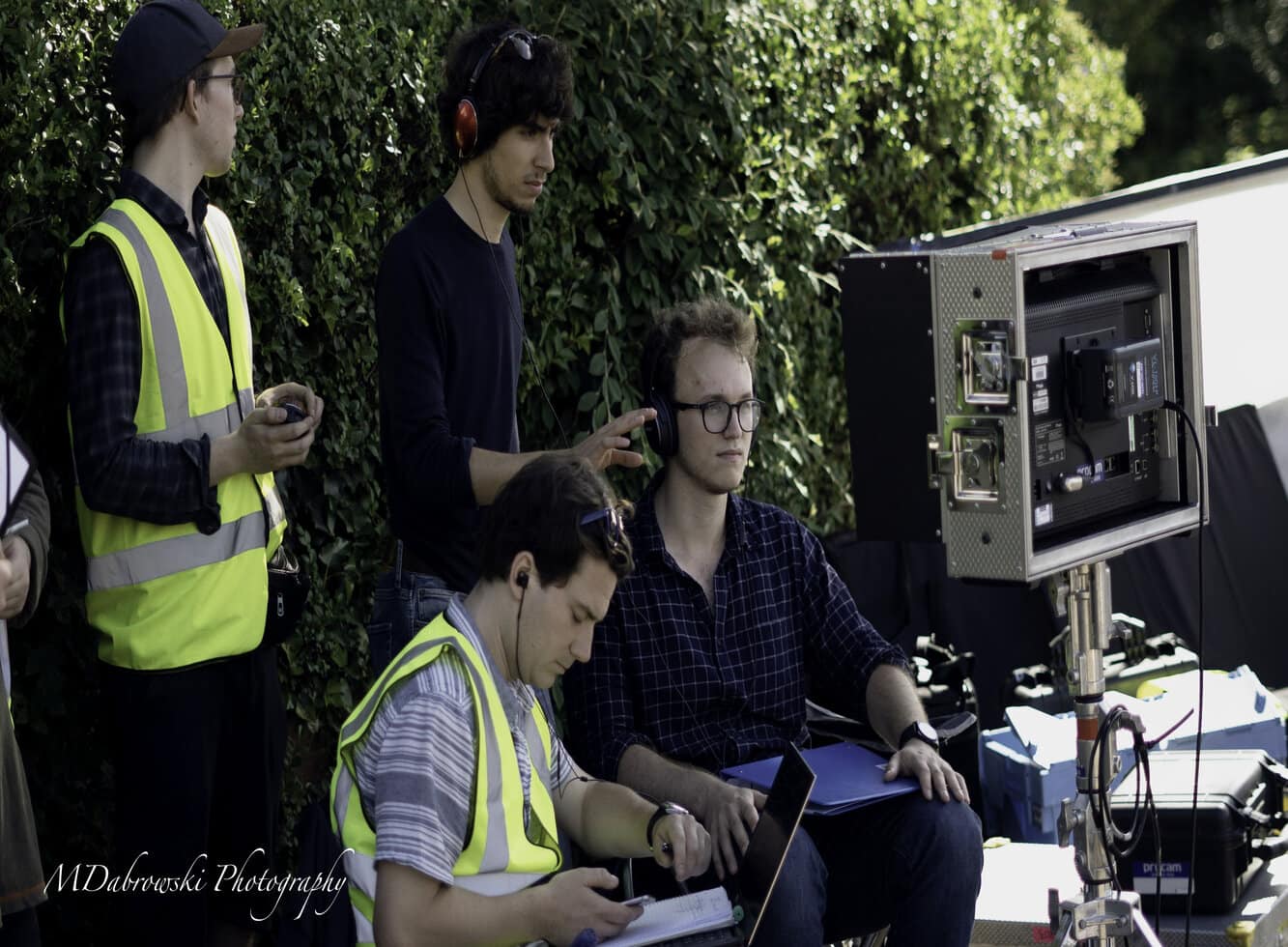 How has the festival circuit been as you promote Bittersweet?

It’s received some official selections as well, but we have all year long to wait for more results. Until July we are not hearing back from anyone else, but that’s what the festival circuit is… really slow. You need a lot of patience. We can’t wait to see where the circuit takes Bittersweet next.

Are you more of a one man show or a team man?

Definitely a team man. I love collaborating, and hearing what others have to say. Even the boom operator could have an idea better than yours, so I keep my ears always open just in case.

Hopefully, in the future I can work with teams that aren’t afraid of suggesting their own ideas. The spirit of teamwork fascinates me. On the other hand, I admit I can sometimes be a bit stubborn with an idea I’m really passionate about. 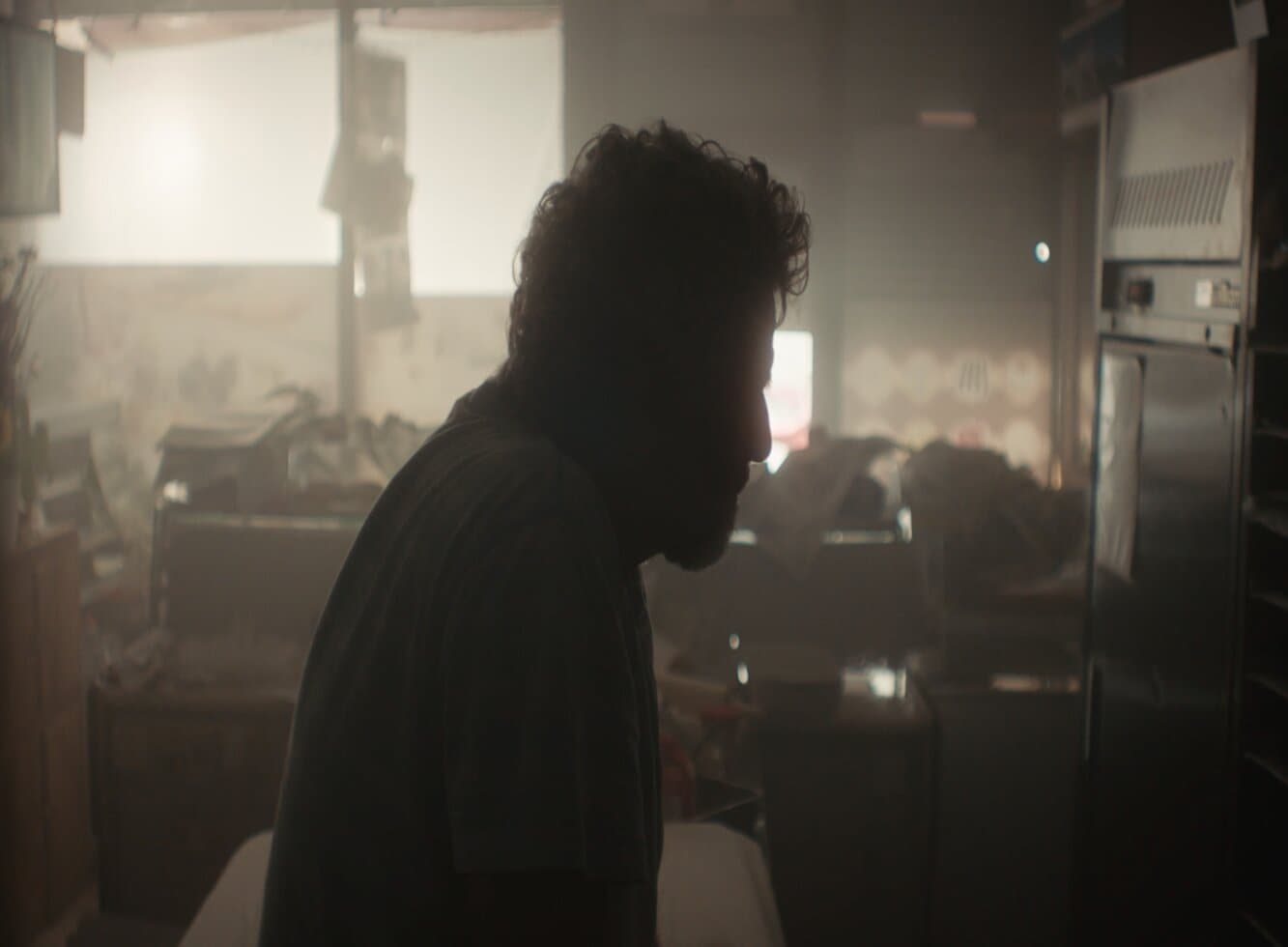 My biggest success is definitely “2019”. Not only did I win a competition and got to make a film that would screen in Cannes during the marché (out of competition), but I also produced a short documentary that screened at Pinewood Studios London and Raleigh Studios in Hollywood.

For a filmmaker who was still studying at the time, that was really empowering, and those experiences have given me access to opportunities I wouldn’t have otherwise.

My biggest failure is not convincing an Academy Award-winning actor to be in one of my short films. That will sound really strange straight off the bat, but I was really lucky to meet an actor at a party who was nice enough to offer himself to be a part of my grad film.

When I presented the script of said film to him, he was honest and told me he didn’t like the character he’d be playing, and that he would’ve preferred a cameo, or a smaller role. Thankfully, we agreed to talk in the future, so who knows? 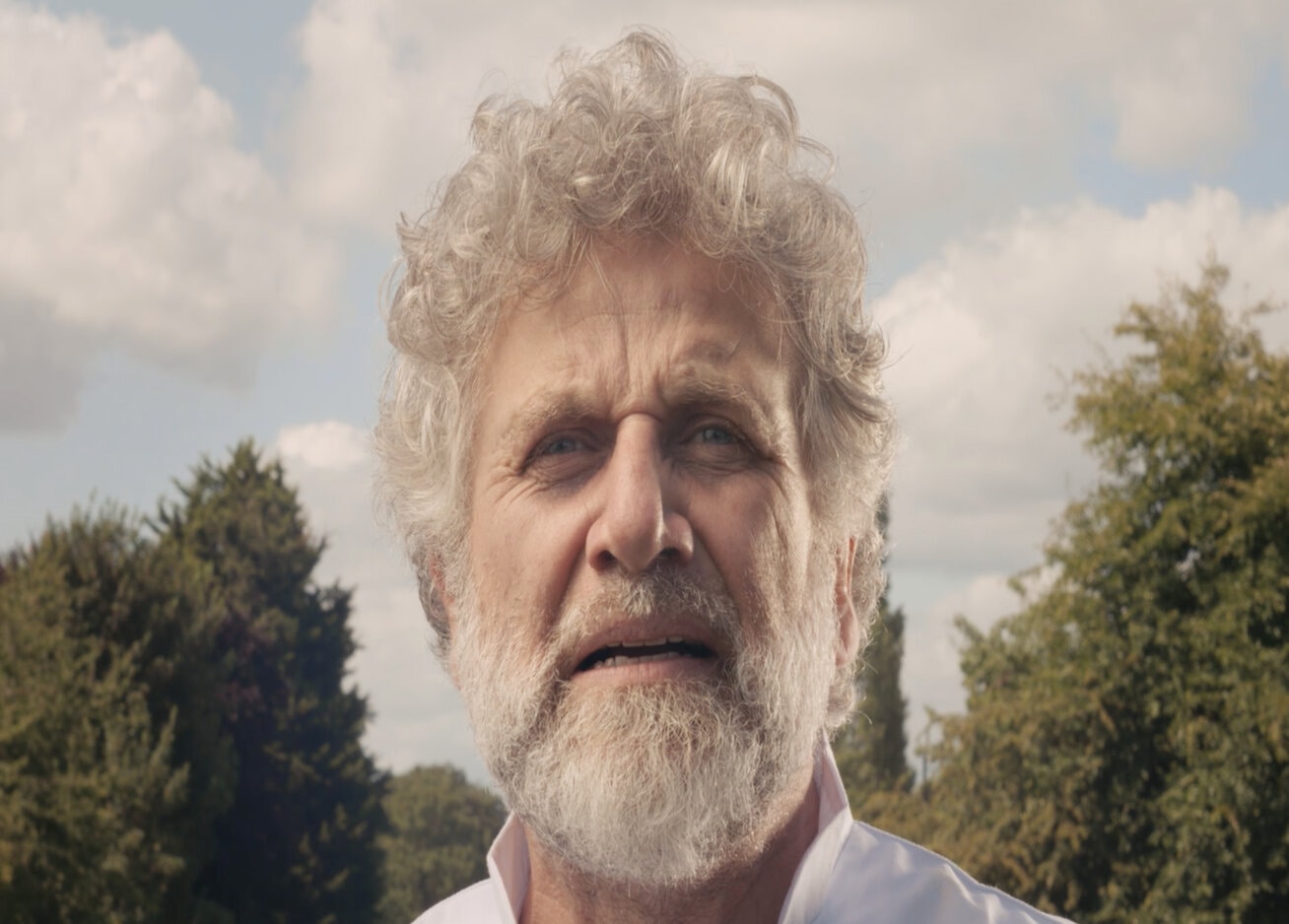 Do you have any experience with mentors? Would you recommend them for up and coming filmmakers?

Not really. I’ve had industry professionals teach me really important things, but that has been from time to time. It depends on your journey, everyone’s different. If you happen to find one, stick with him/her and make the most out of your mentorship. Otherwise, be your own mentor.

Learn from your mistakes, and compare yourself with yesterday’s version of yourself, not other, more successful filmmakers. Regarding mentors, I know David Victori, a Spanish filmmaker, was lucky enough to have director Bigas Luna as his mentor.

He’s been doing really well, making his first two feature films and ending up on Michael Fassbender and Ridley Scott’s radar. But that’s only one example, and I can’t tell you exactly how David reached the place he’s currently at.

In five years I hope to be working on my first television series. Not shooting it, but writing, or even pitching it to a small studio. I am really ambitious, so hopefully I’ve made enough contacts to make my way into a studio.

After university my entry into the industry hasn’t been bad at all, so why not? Otherwise I see myself returning to theatre and making my first official play. 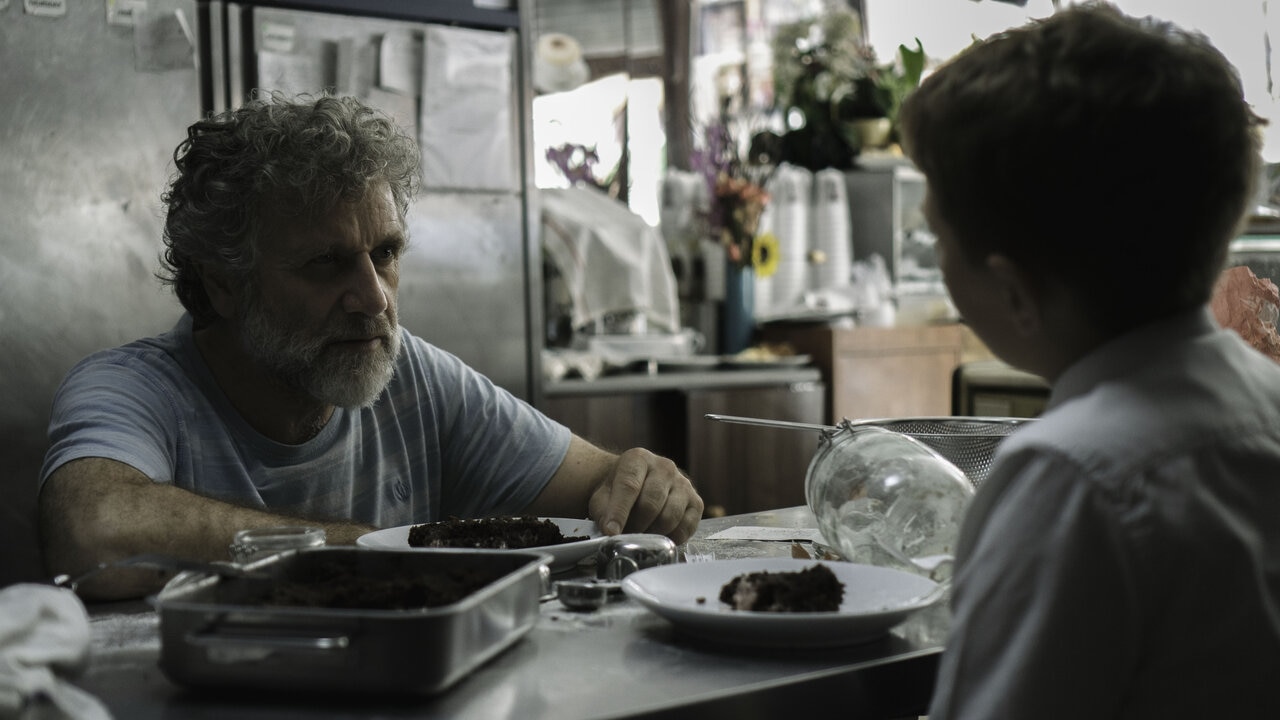 What indie filmmakers should we have on our radar?

You should keep an eye out for Giulia Gandini, her latest short film “My Time” is incredible, and I can’t wait to see what she does next. She has a powerful voice, and I wouldn’t be surprised to see her having a lot of success.

Also, filmmakers like Srishti Chhabria and Marc Vadi, whose unlimited creativity is fascinating. They are artists who are non-stop, and are always working on something, so you’ll never catch a break with them. Their voices are really inspiring, entertaining, and moving, so definitely check them out!

I was meditating if I wanted it to be a musical, so I could sing along every single time. But I think I’ll go with Forrest Gump. It moves me every single time, and I can’t tell you how happy it makes me seeing Tom Hanks running.

It’s so innocent, surreal, and powerful, that I still think I’ll never get tired of it. Seeing an outcast accomplish to inspire others, always manages to me think. It’s a movie so inspiring that, if I had to watch it for the rest of my life, I think it’d always be happy! 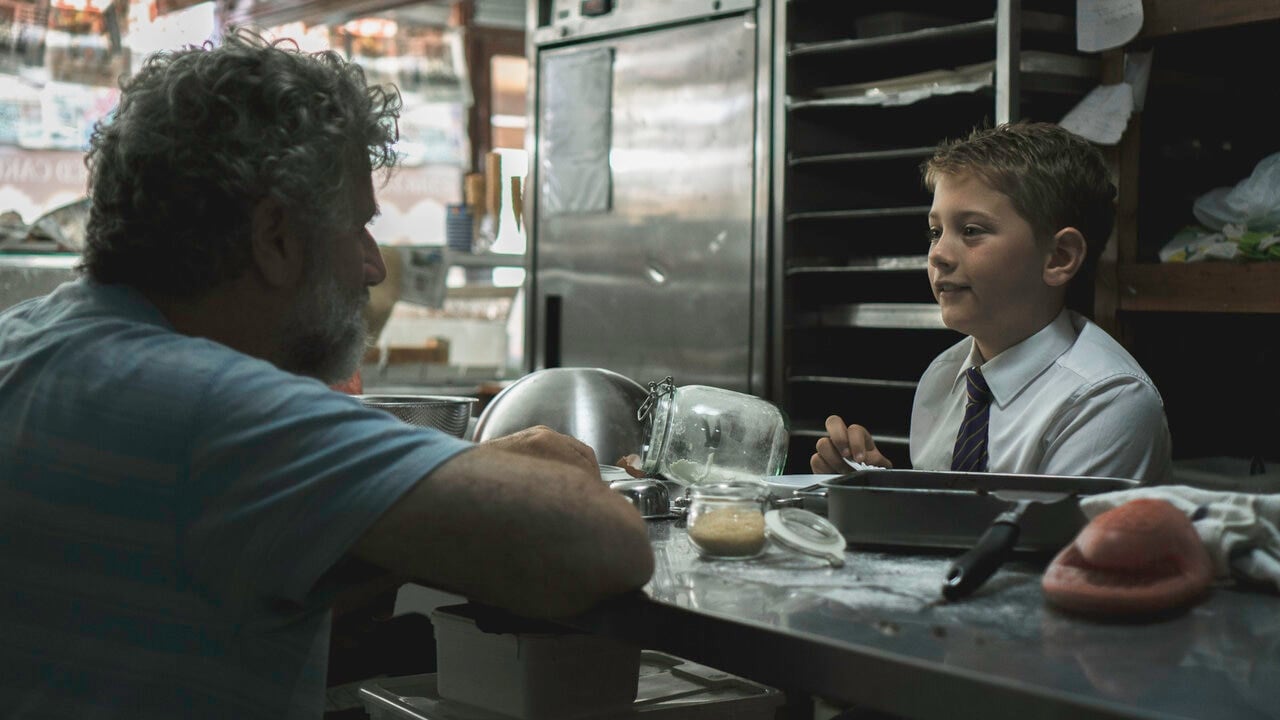 Jason Reitman. He has a way with comedy that I have rarely seen in other filmmakers. He’s an expert at blending drama and comedy, and he’s always been able to portray emotion successfully. His character work has always amazed me, and I think he’d do my life justice.

However, if my life was a bit darker, I’d choose Neil Druckmann. He directs videogames and makes them seem like they’re movies, which is why I believe he’s a valid option to direct a film about my life.

His storytelling is way more powerful than Reitman’s because it explores the characters’ darker sides, makes you empathize with villains, and even makes you cry about them. He relies a lot on surprising the audience, and I think my life has had many unexpected turns. Who else but Neil could make you happy, sad, angry, suffer, and cry?

I’ve had a producer or two contact me to make a Spanish short film, since I’m from Barcelona. However, my focus is mainly on my ideas for a television series, which I can hopefully make a reality in about five years. Otherwise, I’ll still be busy with Bittersweet!